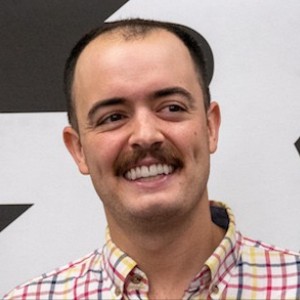 Nutritional yeast, sometimes referred to as “nooch,” is a popular ingredient and topping used in vegan cooking. Also known as saccharomyces cerevisiae, it is the same type of yeast used to brew beer or bake bread, but it’s grown specifically to be used as a food product. It typically comes in flake form and has a savory flavor many folks think resembles cheese, and so is frequently used as a topping on salads, popcorn, and a host of other foods.

In addition to being a savory food additive, nutritional yeast is typically a good source of protein, B Vitamins, and some trace minerals. Depending on the brand, nutritional yeast flakes are sometimes fortified with folic acid and Vitamin B-12. Vitamin B-12 is commonly found in meat, so folks following a vegan diet may benefit from adding nutritional yeast to their menu. With so many nutritional yeast options on the market, it’s important to know how to distinguish between them. We rounded up some of the top brands, then tasted and compared them.

Checking in with 3.5g of protein per tbsp serving, Hoosier Hill Farm’s nooch comes in a big plastic jar. This non-GMO, gluten-free vegan ingredient is fortified with folic acid and Vitamin B12.

Anthony’s Nutritional Yeast Flakes tout themselves as have a product that is batch tested and verified to be gluten-free. Fortified with Vitamin B12 and Folic Acid, each 1.5 tbsp serving contains 8g of protein.

For folks looking for an all natural, non-fortified nutritional yeast option, Sari Foods may be worth considering. This non-GMO product does not contain any synthetic vitamins.

For folks looking for the best deal on Nutritional Yeast, it may be worth considering Frontier Co-Op’s mini flakes. These certified kosher, non-irradiated flakes are sold by a member owned co-op that’s been selling health foods since 1976.

Nutritional yeast flakes are a very popular vegan ingredient, often used in place of cheese or other salty toppings. Often rich in Vitamin B-12 and folic acid, “nooch” has seen increasing popularity in recent years, ad more and more folks turn to vegan diets. When deciding between all the nutritional yeast options on the market, there are a few key things to consider.

Non-fortified nutritional yeast may be more appealing to those who wish to avoid any synthetic nutrients.

Nooch is often about 50% protein. Take a look at the Nutrition Facts on the label to see how much protein is listed per serving. Note, however, that not all serving sizes are created equally; some are based on 1 tbsp, others on 1.5, and other on 2 tbsp.

To get a sense of how much bang you’re getting for your buck, divide the total cost of the item by the amount of ounces.

Nutritional yeast comes in a variety of container types, ranging from huge bottles to small shakers to resealable bags. Though you don’t need to refrigerate nutritional yeast, you’ll want to think about where in your kitchen you intend to store it, and if you have room for a bulk-sized container.

Nutritional yeast, or nooch, has a salty, almost nutty quality to it. Though a lot of folks use it to replace cheese in vegan dishes, its unique nutritional and flavor profile make it a valuable addition to a healthy menu.