In the grand scheme of sports, CrossFit is barely out of its infancy. Though Greg Glassman began piecing together the parts of the methodology back in the 1970s, when he accidentally invented “Fran” in his garage, CrossFit as a sport started coming together in the mid-2000s. Meanwhile, the CrossFit Games continues to evolve greatly from year to year, in size, athletics, and expectation. CrossFit is effectively a quickly growing Mastiff puppy — already larger than most full grown dogs but nowhere near it’s full potential.

This begs the question, where does CrossFit competition go from here? The standards of yore are already the scaled movements of today, but what will movements look like in 5 years or 30 years, and how can future Games and Regionals athletes best prepare themselves for success? 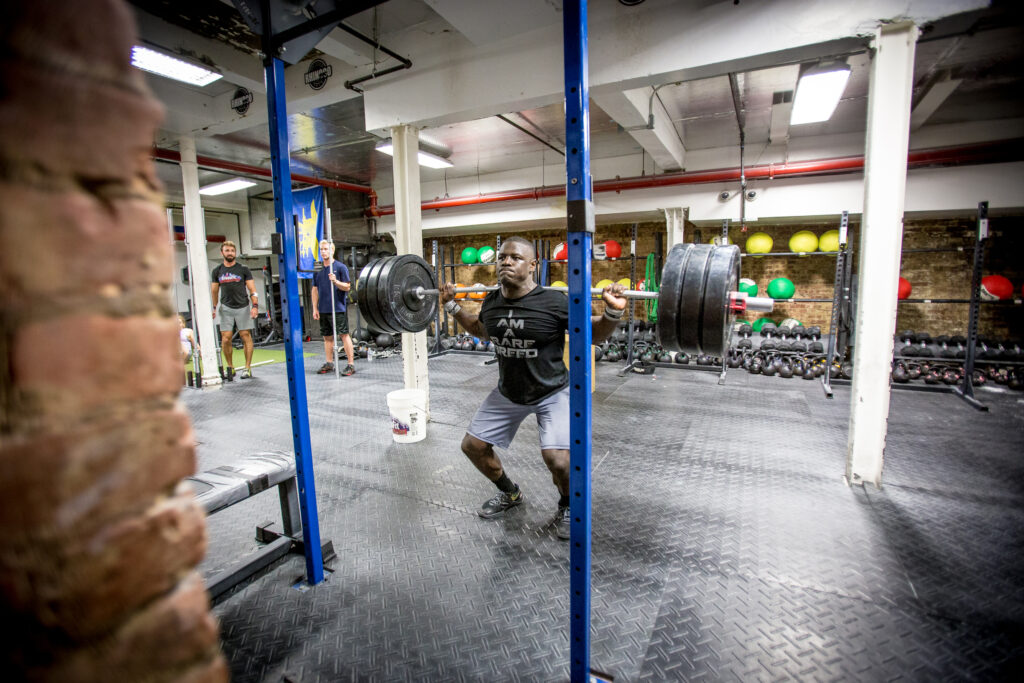 When it comes to strength, the answer is clear. Athletes will be required to lift more weight more efficiently. The old 135/95 pound standard for workouts is already getting replaced by 205/125 in CrossFit gyms around the globe, and that’s just for average joe athletes. Elite athletes are regularly working with weights far higher, as evidenced by Sara Sigmundsdottir’s 220lb “Grace.”

The future of skill work, though, is unclear. Technical movements like ring work and gymnastics variations require a wide range of neurological processes and motor skills that aren’t easily developed. Current training trends don’t appear to acknowledge the extended learning curve of complex gymnastics movements. A 12 week squat cycle will get you measurably stronger, but a 12 week handstand cycle isn’t going to give most people the same level of improvement. There’s a reason why even low level gymnasts train for at least four hours a day for years: that’s how much time the body needs to figure this stuff out.

Look at the carnage that occurred during the strict muscle up portion of Regional Nate, for example. Some of the best, and strongest athletes crashed and burned not because they weren’t strong enough to perform the movement, but because they hadn’t taken the time in training to develop the necessary motor skills. The athletes who had practiced strict movements as part of their regular training were just fine. The ones who scrambled to learn strict muscle ups in a few weeks didn’t do so hot.

We’re all smart enough to know this isn’t the last time we’ll see a gymnastics movement kill the dreams of professional exercisers.

Let’s look at another example that I hope will one day make it’s way into Regionals or the Games: the handstand hold. A basic, freestanding handstand requires shoulder and hamstring flexibility, proprioceptive awareness, coordination, timing, balance, error detection and correction, visual focus, as well as engagement and adjustment of every muscle in the body. It’s a given that every CrossFit Games athlete excels in each one of these requirements. To consistently put them all together in one movement, though, is another matter entirely, and it’s not something that gets developed in a few weeks.

Dave Castro, if you’re reading this and really feel like shaking up a leaderboard, throw a handstand hold into the mix. Throw a 2’ x 2’ tape box on the floor, kick up, and force athletes to stay still. A hand outside the box means you’re done. Everyone get three tries. Thank me later.

The one thing we know for sure is that CrossFit will continue to evolve, but if athletes and coaches want to start getting ahead of the curve, they’re going to have to start thinking in terms of years in the future, not just months. Barbell work is only half the battle. When a freestanding handstand hold shows up at some point during the CrossFit season in the near or far future, don’t say I didn’t warn you. It’ll be a diabolical disaster, and I can’t wait to watch it go down.