On June 7th, Kazakhstani weightlifter and 2009 94kg World Champion Vladimir Sedov put on a bizarre display at his country’s national championship, declaring Ilya Ilyin a fraud, tossing his tshirt into the crowd, and leaving the venue without taking any lift attempts.

Now, Sedov has taken to Instagram to explain some of his behavior and give context from his perspective on events leading up to the outburst.

While some posts that appeared earlier today on Sedov’s Instagram account have since been removed, we have screenshots of most of the posts below (though there may be some we missed). Originally posted in Russian, the text of each has been run through Google’s automatic page translator, which certainly isn’t 100% accurate or perfect at replicating natural language and grammar.

However, the posts do give some background on Sedov’s story, at least from his perspective.

For one, he explains his actions on June 7th were the result of a nervous episode, not a stunt in support of 2012 Silver Medalist Alexandr Ivanov. There seems to be rift between Sedov and the Kazakh weightlifting establishment, and he specifically calls out former Team Astana teammate Ilya Ilyin for attempting to end his career. Sedov also discusses recovery from a recent injury and asks National Head Coach Aleksey Ni why he’s no longer allowed to train with the Olympic team. Earlier this week, Ni was quoted saying Sedov would no longer be allowed on the Kazakh team headed to Rio.

Sedov finishes the series by asking the country’s National Olympic Committee for consideration to continue training toward the Rio Olympics, specifically calling on Timur Kulibayev for his help. Kulibayev — a Kazakh businessman, billionaire, and son-in-law of the country’s president — is president of Kazakhstan’s Olympic committee.

We’re not sure if Sedov — who recently divorced 2012 Olympic Champion and fellow Kazakh lifter Svetlana Podobedova — will continue to post updates. What he’s posted so far gives us a look — again, from just one man’s perspective, which can hardly be called unbiased — into the normally closed doors of Kazakhstan’s weightlifting program and elite. 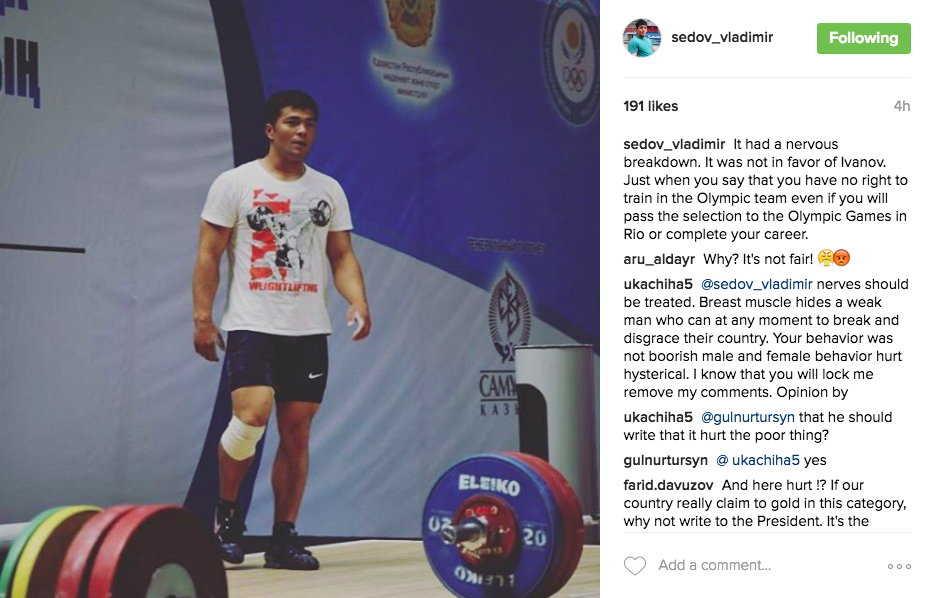 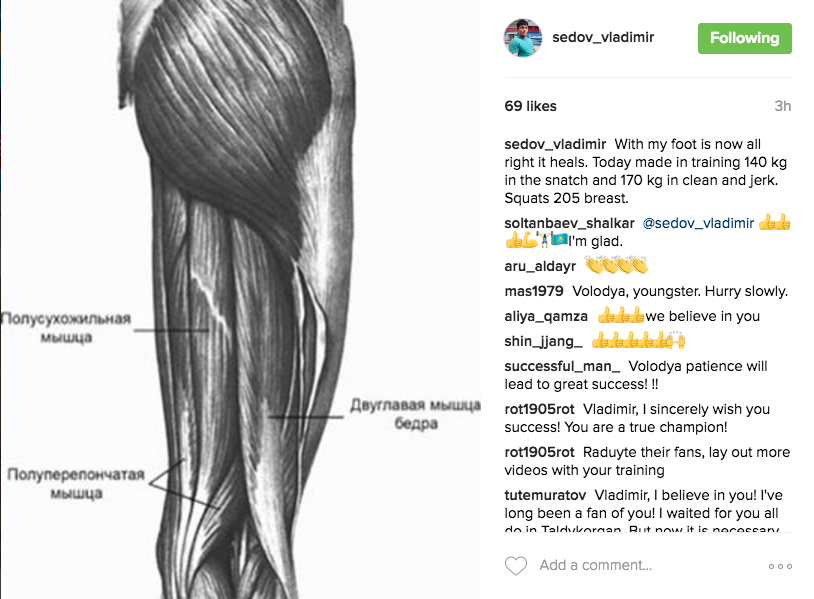 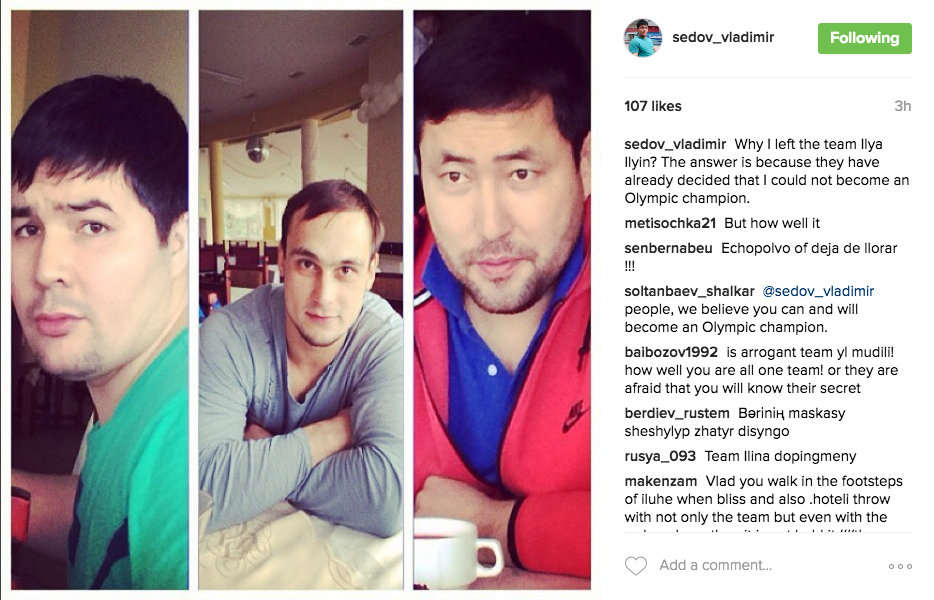