Is Becca Swanson’s 672 lb Deadlift the Heaviest Ever by a Woman? 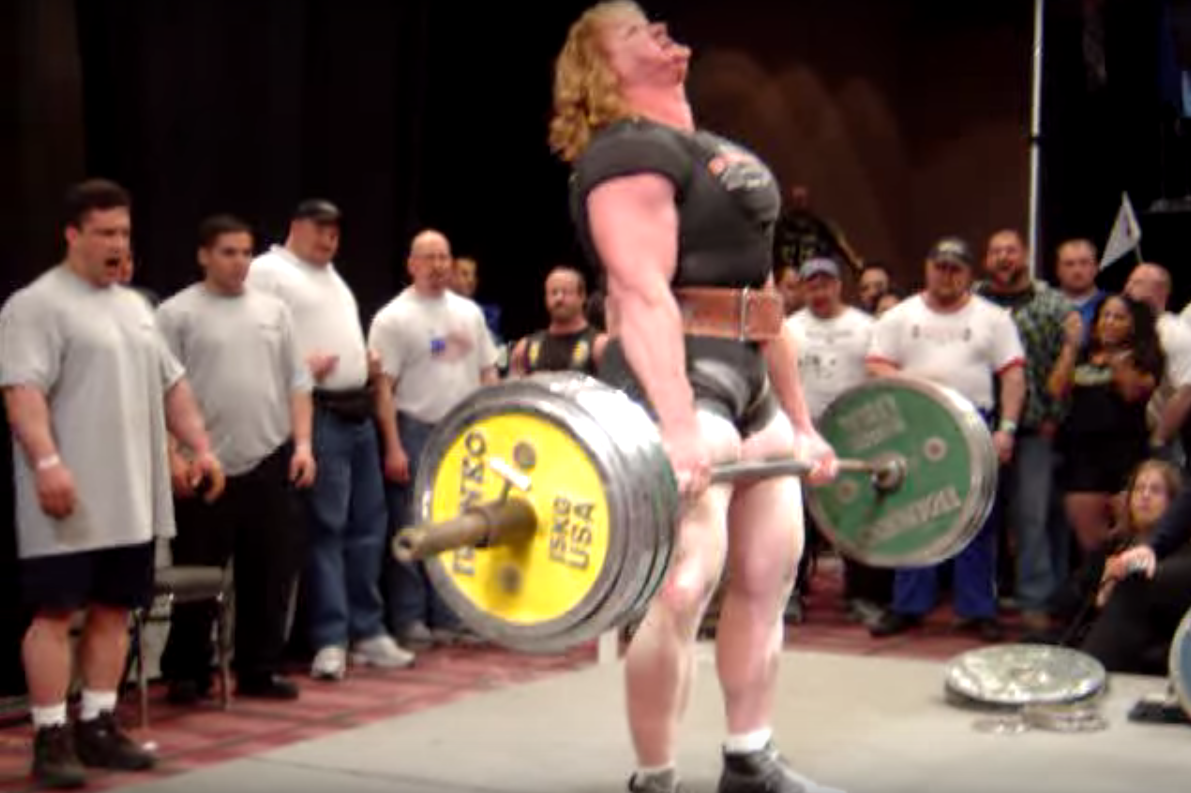 We’ll be honest: There isn’t a ton of context for this video, and we haven’t been able to identify the exact meet just yet. But it appears to be longtime powerlifter, bodybuilder, pro-wrestler, and strongman Becca Swanson deadlifting 672 pounds/305 kilos. While the lockout looks potentially borderline, this would certainly be the heaviest deadlift ever performed by a woman on the competition stage — that we know of.

Do you know any women who have gone heavier on camera, either in training or competition? We want to know.

Check it Swanson’s deadlift below. And yes, that appears to be a pretty big nosebleed she develops toward the top. We don’t envy people responsible for cleanup at most powerlifting competitions:

Swanson is often billed as “The World’s Strongest Woman,” and while her career has spanned sports from powerlifting to pro wrestling, it’s tough to argue she doesn’t have some claim to that moniker. Some sources don’t even have the above as her heaviest pull, but rather reference 683 pounds as her max in the open (no upper bodyweight limit) class.

From Becca’s own YouTube account — which hasn’t been active in about a year — here she is repping a claimed 660 lbs for a double.

And here’s a competition squat series from her channel where she ends with 843 pounds (video from 2010). The deadlift video above seems to be among the most recently posted of Becca in competition, though it’s tough to say exactly when it was filmed.

Is Swanson in a class of her own, or are there other women who have approached these numbers on camera? (Heck, we’re even interested in firsthand accounts.)

If so, we want to know. Comment below or email us at [email protected] with your stories of crazy strong women from around the globe.