Carb Cycling 101: Is This the Best Diet for Fat Loss and Muscle Gain?

Adjusting your carbohydrates based on your activity level may help you to bust through plateaus.

When looking for “advanced” guides to fat loss, the words “carb cycling” often appear at the top of the list. This isn’t a strategy that’s usually recommended for people struggling with obesity or those with no experience tracking calories or macronutrients. Carb cycling is a tactic typically recommended for people who are relatively lean and have come to a plateau in their fat loss or strength gains. Is it the right diet for your needs?

In this article we looked over several studies and spoke to a physician and a nutritionist to figure out the answers to these questions. 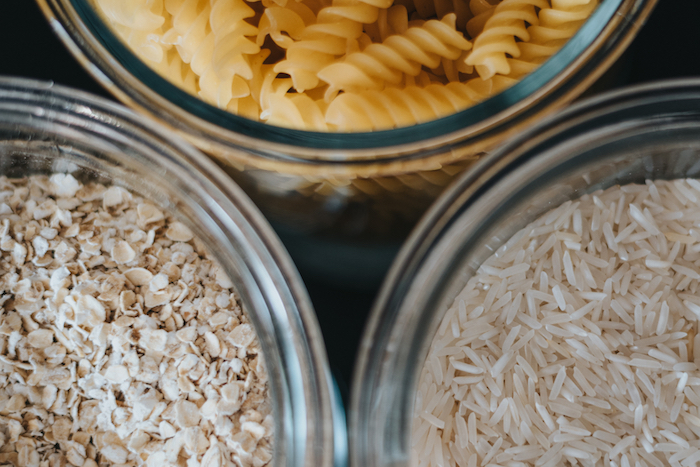 What Is Carb Cycling?

The term “carb cycling” refers to alternating days with different carbohydrate intakes. Typically, a person will go “high carb” on days when they exercise and eat fewer carbs on the days they’re either resting or less active.

That said, “carb cycling” only really refers to altering carbohydrate intake, and there are various reasons one might try it out: some carb cycle depending on the level of workout intensity, their level of body fat, or based on aesthetic goals, as muscles tend to look “fuller” after consuming a lot of carbs.

Oftentimes, the overall calorie intake is also higher on high carb days, though some manipulate their carb intake within the same number of calories. The protein intake remains the same across all days, while fat intake usually increases when the carbs decrease and vice versa.

“The time of cycling carbs maybe be alternate days, weekly, or even monthly,” says Dr. Aastha Kalra, a New York-based physician who focuses on weight loss. “It is based on the science that when you lose weight or lower your daily caloric intake your basal metabolic rate decreases. Therefore, on days when the caloric intake is higher and the carbohydrate proportion is higher, it helps to maintain the basal metabolic rate and decrease hunger.”

Why cycle carbs? It’s true that overall calorie intake is the most important factor for body composition and performance, but carb cycling is an advanced protocol that can be useful when an athlete has plateaued in his or her progress.

Not only does cycling calories help to better match your calorie intake to your calorie requirements, but research has shown that timing carbohydrates around workouts may help to optimize physical performance and recovery.(1)(2)

“Based upon the fact that fatigue during intense prolonged exercise is commonly due to depletion of muscle and liver glycogen, which limits both training and competitive performance, a higher carbohydrate intake at times before, during and after exercise may help,” says Dr. Kalra. “The goal is to have as much carbohydrate in the body as possible during the latter stages of prolonged intense exercise when the ability for intense exercise usually becomes limiting to performance.”

Carbs are very useful for performance. They also cause an increase in insulin, and consistently high insulin levels are a risk factor for insulin resistance. This means that insulin is elevated so consistently that the body isn’t as “sensitive” to the hormone’s effects, which can impair nutrient absorption and increase body fat. Insulin resistance is complicated and can be influenced by plenty of other factors like sleep, stress, exercise, and inflammation, but evidence suggests that strategically limiting carbs when appropriate can also improve insulin sensitivity.(3)(4)(5)(6)(7)(8)(9)(10)(11)(12)(13)(14).

Research also suggests that employing both higher carb and higher fat days may help to regulate hormones related to appetite and improve the body’s ability to burn fat as a source of fuel.(13)(14)(15)(16)

Therefore, cycling your carbs can be a useful — if advanced and laborious — tool for controlling body fat and performance. 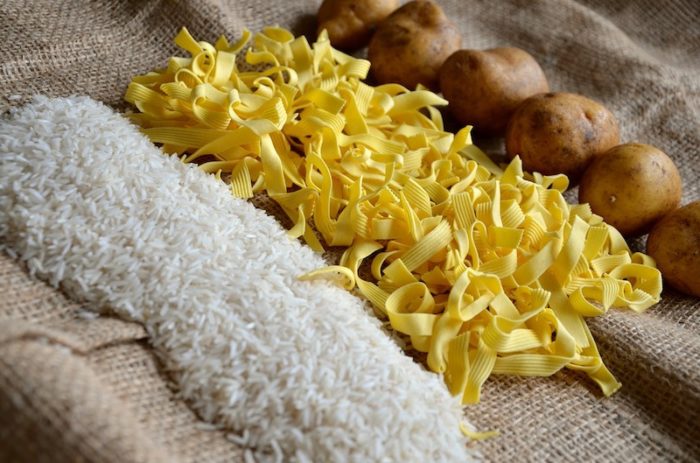 Is Carb Cycling Right for You?

It’s generally recommend for recreational athletes: desk jockeys or weekend warriors, those who exercise three or four times per week but don’t need a constant stream of carbohydrates to restore their glycogen, or energy stores, and fuel daily workouts.

“Athletes burn up their glycogen stores very quickly, they have to constantly be replenished with good, clean carbs on a regular basis,” he says. ”The reason why is that your off days are the days you’re recuperating, and taking in carbohydrates on your off days is almost more important than taking them on game days. The only so called ‘cycling’ I’d recommend for athletes would be to focus on simple carbohydrates before training.”

Note that Dr. Golini only applies the label “athlete” to professionals or those training six days per week. For people who are this active, there may not be a big benefit to cycling carbs. 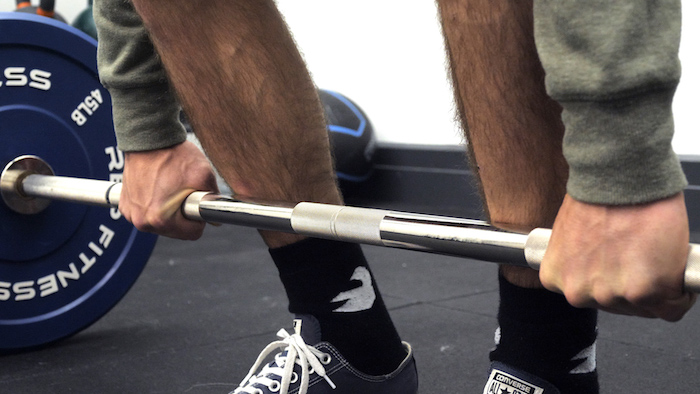 “Now, if we’re talking about a weekend warrior or the person who just works out, that’s a whole different thing,” he adds. “Because depending on their goal, if they are trying to put on weight, then they probably don’t need to carb cycle. But if they’re trying to lose some body fat then manipulating or cycling the carbohydrates is crucial.”

That said, tracking your precise intake of macronutrients (that’s protein, carbohydrates, and fat) is extraordinarily time consuming and may increase stress or guilt around the foods you eat. And that’s just regular calorie tracking, not the advanced protocol being discussed in this article. Carb cycling, then, may be more useful for folks who have experience and comfort with tracking their macronutrients than those who are new to dieting.

“The approach may be confusing for some and some may face adherence issues,” says Dr. Kalra. “If someone has binge eating tendencies, they should not do it as they can go overboard with amount of carbs and calories.”

It’s also worth emphasizing that carb cycling is usually used once a person is already pretty lean and/or muscular. Some studies have shown little benefit for overweight or obese people, for whom overall calorie intake should be a bigger focus.(17) 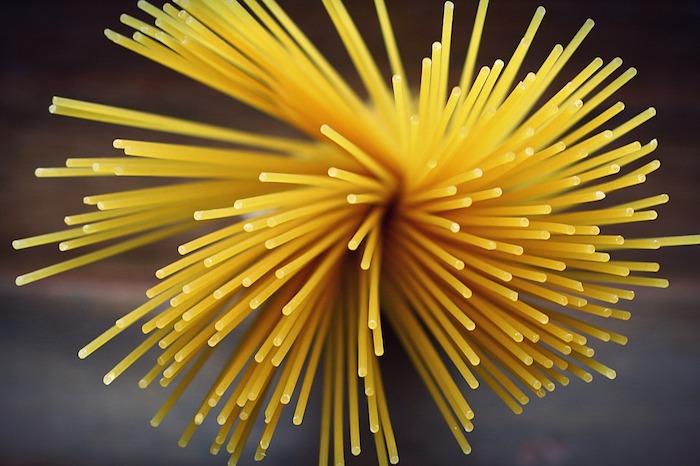 There are many different ways of approaching this method of dieting, but however you want to tackle carb cycling, it’s absolutely essential that you have an idea of how many calories you burn on a given day. This can take a lot of trial and error but if you’re serious about body composition and carb cycling appeals to you, there’s no escaping it. Once you know your average TDEE (total daily energy expenditure), consider the following models as potential starting points.

If you exercise four days per week, this should result in a pound of weight loss per week. 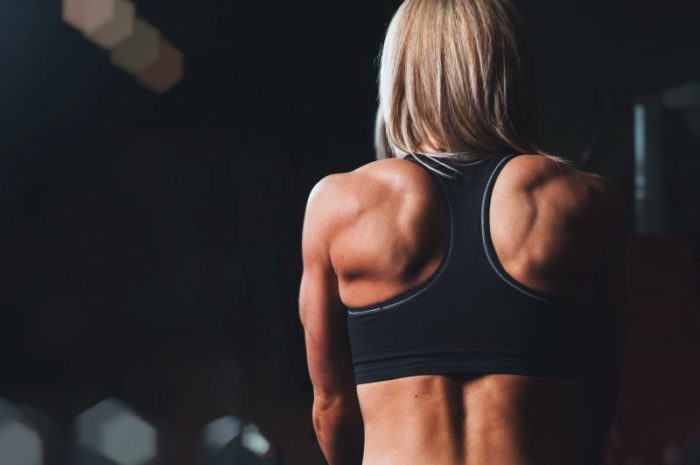 While it’s usually used as a means to lose fat, some people use carb cycling to gain muscle with minimal fat gain. With this goal, you might keep calories at maintenance on rest days and limit your excess calories and carbs to lifting days. That might look like this:

It’s crucial to note that recommendations for macronutrients vary considerably based on your body weight, body composition, and activity level. We strongly recommend consulting with a registered dietitian or a sports nutritionist before guessing at your ideal macros.

[Learn more in our in-depth guide to tracking your macronutrients.] 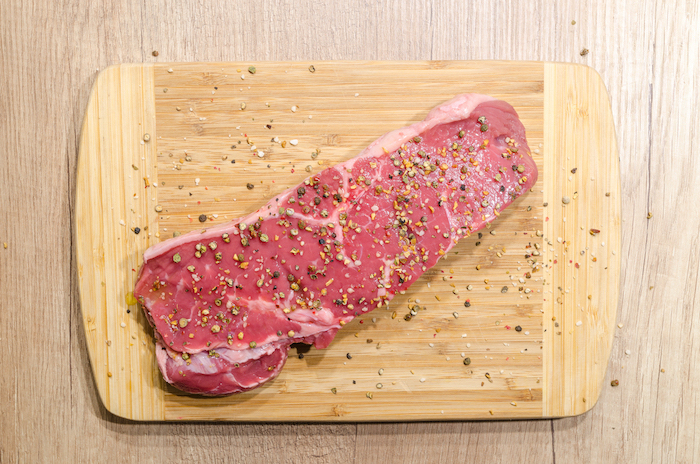 Can I Cycle Carbs on a Ketogenic Diet?

While there’s a lot of talk about fat mobilization on a diet that cycles carbs, doing so while enjoying a ketogenic diet is usually considered a different protocol that goes by the name “cyclical ketogenic diet.”

The question of whether or not ketogenic diets are ideal for athletes is complex — see our article exploring the issue of ketosis for athletes here — but if you’ve decided that it’s right for you, you may be interested to learn that some experts recommend strategically including higher carb “refeeds.”

“Sometimes, cycling carbs helps maintain sustainability in individuals on a ketogenic diet,” says Dr. Kalra. “It can be an empowering approach for athletes or anyone who is into fitness as they can time a higher intake of carbs around exercise or HIIT.”

Doing keto one day and high carb the next would be too dramatic a fluctuation in carb intake and would interfere with ketosis itself, which can take over a day to truly “kick in.” Athletes who do a cyclical ketogenic diet often have 24 to 48 hours of “refeeding”: high carb, lower fat meals. Then they switch back to a ketogenic split (high fat, low carb, medium protein) for the rest of the week. This may help to fill muscle glycogen stores and improve athletic performance.

However, research is limited on this particular approach to ketosis. To learn more, check out our full article on the cyclical ketogenic diet. 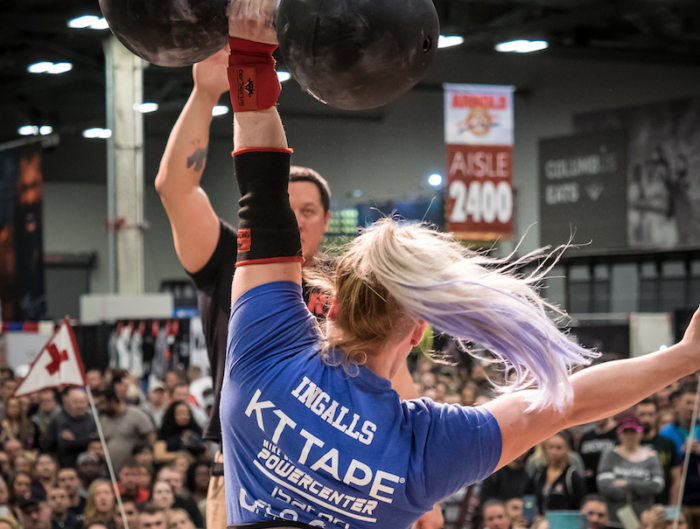 Controlling your calorie intake, regardless of macronutrients, remains the most important component of a weight loss plan. Maintaining a relatively high protein intake, whether you’re trying to lose fat or gain muscle, is widely considered to be fundamental as well.

For people who are already quite lean and muscular and want to take their fat loss to the next step, or if you’re looking to gain muscle while minimizing fat gain, carb cycling may be a useful tool. Make sure you speak to your physician or a dietitian before forging ahead with any new weight loss plan.

CrossFit Games Veterans Weigh In on This Year’s Virtual Competition