Do You Really Need High Glycemic Carbs Around Your Workout?

The idea that you need high glycemic carbohydrates to spike your insulin and replenish glycogen after a workout is common in the strength world. It’s an integral part of taking advantage of your “window of gains.” Unfortunately, this may be another misguided maxim in the arena of nutrient timing.

To understand whether your training requires high glycemic carbohydrates to maximize recovery and gains in strength and size, we must look at the reasons why we guzzle high glycemic carbs around a workout. The two main reasons are hormone modulation via insulin, and replenishing energy stores in the muscle.

The glycemic index (GI) is a measure of a food’s ability to raise blood glucose compared with pure glucose. When your blood sugar rises, the pancreas senses this rise and then secretes the hormone insulin to help move the extra blood sugar into your body’s cells for use or storage.

This is important to understand because the assumption is that a high GI food will cause more insulin to be secreted than a low GI food.

During training, catabolic hormones like adrenaline and cortisol are released which help your body break down stored energy for use by the muscles, and provide anti-inflammatory and pain killing benefits. We want these hormones to be present during training as they help us lift heavy shit repeatedly.

After training, we want to shut down the release of these catabolic hormones, or it may lead to further muscle protein breakdown and poor recovery.

The dietary choice tends to be high GI liquid carb supplements. As I mentioned earlier, this choice is guided by the assumption that high GI carbs should lead to a higher blood insulin concentration than lower GI carbs.

Following this research, you might think a higher insulin spike means better recovery, and subsequently seek the fastest acting liquid carbohydrate supplement on the market.

Interestingly, though, this probably isn’t necessary. In a study by Capaldo and his team, a mixed macronutrient, mid GI meal consisting of pizza (yes, pizza) was enough to quintuple insulin concentrations at the 1-hour mark, and insulin concentration was still double baseline by the two-hour mark.

This elevation in insulin is substantial enough to significantly reduce muscle-protein breakdown, shut down the release of catabolic hormones, and kick start the recovery process.

The other reason for choosing high GI carbs is the rate at which they can replenish energy stores. Your muscles store carbohydrates to use for energy during training in a form called glycogen. During training, our muscles use up their stores of glycogen and it is common practice to eat high glycemic carbohydrates to rapidly recover these glycogen stores for your next training session.

Early nutrient timing research found that a mixture of carbohydrates and protein post-workout leads to the fastest rate of glycogen replenishment in the hours immediately following a training session. In general, higher GI carbohydrates will replenish glycogen faster than lower GI carbs. However, there is plenty of evidence that shows mid GI carbs are just as effective at replenishing glycogen stores.

Kreider and his team looked at the effect of protein combined with one of three different carb sources, with three different glycemic index ratings on insulin concentrations, blood glucose levels, anabolic hormones and marks of immune system suppression. The study actually showed that the lowest-glycemic liquid carb supplement (honey powder) plus protein had the greatest effect raising blood glucose levels post-exercise, and that all three liquid carbs raised insulin concentrations to the same degree. This is a relevant study because it was performed using resistance trained athletes, where others used cyclists, soccer players, or other endurance athletes.

How to Choose a Carb Source

If you are an athlete training hard once per day, it is unlikely that an expensive, super fast acting high GI carb like Waxy Maize Starch or Branched Cyclic Dextrin is necessary for you to optimize performance and recovery.

Instead, focus on total carbohydrates ingested throughout the day and “sandwich” your training with a mixture of carbohydrates and protein. You can either consume solid food before and after training, or make a shake with a quality protein and carb powder. I usually recommend a 50/50 blend of rice-derived Dextrose and Maltodextrin to my clients. They are fast acting and generally inexpensive.

As for dose, Alan Aragon recommends resistance training athletes consume roughly 0.5g of carb per-pound of bodyweight for optimal post-exercise recovery. The GI of the source does not matter.

If you perform multiple training sessions in a day, or are competing in weightlifting, powerlifting, strongman, or functional fitness competitions, I recommend being on the safe side and choosing a high GI liquid carb and protein source for consumption before, during, and after each session. 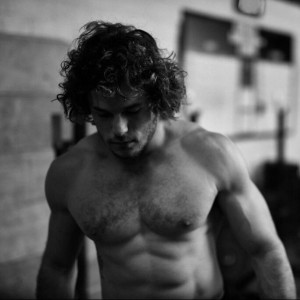 Matt is the owner of nutrition coaching company, Beyond Macros. He has helped everyone from CrossFit Games athletes to busy parents get leaner, stronger, and perform their best through a habit-based approach to nutrition coaching. He also writes about behavior change, including how to fuel an athlete for less than $7 per day, on his personal website1. As an athlete, Matt was a three-time All-American lacrosse player in college, and has competed at the CrossFit Games California Regional with his team, Paradiso CrossFit.

How to Watch the CrossFit Strength in Depth UK Sanctional