Intermittent Fasting 101: A Guide to Benefits, Muscle Gain, and More

Consider this your starter kit for one of the hottest — and simplest — ways to lose weight.

Your body does not kick into “starvation mode” if you go a few hours without eating, and there may even be benefits associated with fasting intermittently that you don’t get with simple calorie restriction.

Skipping meals sounds like heresy to some: we’ve been told all our lives that breakfast is the most important meal of the day and that going without food makes our bodies detect a famine and start storing more fat. Recent research has found that this isn’t the case and that the simplest route to weight loss — eating less — can work well regardless of when you eat.

So why fast instead of just consuming smaller meals? In this article we’ve spoken to a weight loss-focused physician and looked over dozens of studies to explore these topics. 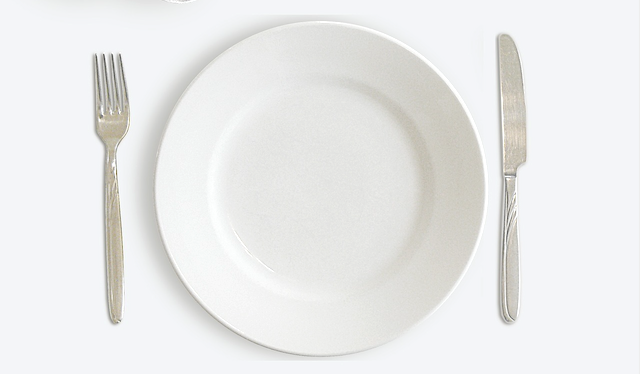 How to Do Intermittent Fasting

So how do you actually go about fasting? There are a few schools of thought here, although they all revolve around not eating for a fixed period of time.

Also called the Leangains protocol, this method was popularized by the Swedish strength coach Martin Berkhan. Basically, you’re just skipping breakfast and not eating too late at night: you fast for sixteen hours, including the time you spend sleeping, and eat during an eight-hour window. Usually this means you just eat between lunch and dinner but if you’d rather skip dinner, you can move the feeding window to whenever you like. Berkhan typically recommends eating a small meal before working out and eating your largest meal post-workout.

[See the results of a study that used the 16/8 protocol combined with heavy lifting.]

Pioneered by nutrition writer Brad Pilon, Eat Stop Eat advocates one or two twenty-four hour fasts per week. It’s no more complicated than that — Pilon is a student of zen philosophy and sees fasting as away to eat with fewer rules, not more. His goal is to use fasting as a means to understand that “we do not have to eat all the time, therefore we are free to choose when we eat.”

Also called ADF, this is a protocol that’s often used in clinical studies of fasting, including many of those cited in this article. The idea is to simply fast every other day, making it perhaps the most aggressive model. Depending on your experience, it may be more difficult than just fasting once or twice a week, but a potential upside is that ADF usually doesn’t come with any calorie limits on non-fast days.

Popularized by British journalist Dr. Michael Mosley and his documentary Eat, Fast, and Live Longer, this is called a fasting diet but doesn’t actually involve complete abstention from food. Instead, two days per week you’re advised to consume 25 percent of the amount of calories you would normally eat, with a focus on lean meat and leafy green vegetables.

So why consider skipping food all together?

Consuming fewer calories is the most fundamental part of losing weight, however many find it difficult to eat small meals that aren’t especially filling. Once you’re used to fasting, IF can remedy the issue: you can keep the meals you do eat at their regular size, you’re just eating fewer meals overall.

This can help with satiety and diet compliance, though results will depend on how you respond. Many would rather be a little dissatisfied with smaller meals than to struggle with the hunger that accompanies skipping meals all together. But if you’re not that hungry upon waking and you’re able to keep hunger at bay with water, then you may want to consider giving IF a try.

[Learn more: Is breakfast a must for fat loss?]

Along with an increase in growth hormone — more on that in the next section — intermittent fasting gets a lot of promotion for its effects on insulin. It helps to shuttle sugars and nutrients to the muscles and organs where they’re needed, and you get the biggest secretion of insulin when you eat carbs.

If you eat a lot, especially if you eat a lot of refined carbs, and especially if you have a lot of concurrent, unhealthy lifestyle habits like smoking, poor sleep, and inactivity, then you can become insulin resistant. This means the body becomes less sensitive to the effects of insulin and requires more and more of it to do the same job of sending nutrients where they need to go. Insulin resistance is closely associated with higher levels of body fat, inflammation, and a higher diabetes risk. 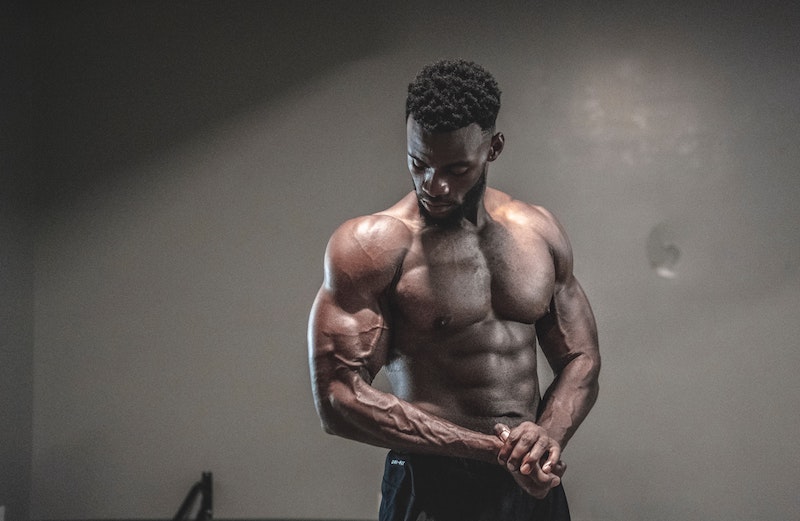 “Insulin typically goes down during fasting, and the effect can be seen in as soon as twenty-four hours or so,” says Dr. Aastha Kalra, a New York-based physician who specializes in weight loss. “Therefore, fasting is an acceptable technique to improve insulin sensitivity. Keeping insulin levels low can be a missing piece in the weight loss puzzle.”

Not eating means you’re not releasing insulin, which is why research suggests that fasting may improve insulin sensitivity, which is a key component of losing fat and improving nutrient absorption.(1)(2) It’s not the only way to improve your insulin sensitivity — plenty of protein, fiber, sleep, and exercise can help — but fasting may be a useful strategy nonetheless.

It means “self eating” and it refers to how the body eats up its own dead and diseased cells and recycles them into new parts. A lot of people have never heard of autophagy, but it’s an important component of longevity. It’s triggered by exercise and appears to be switched off by insulin spikes, meaning that fasting could be a great way to prolong it.

“By digesting its own parts, the body does two things: first it gets rid of unnecessary proteins that might be damaging or malfunctioning, and then it recycles the amino acids into new cellular components,” says Dr. Kalra. “So what happens with fasting is these pathways are turned on or off and then we see autophagy or cellular regeneration happen.”

Intermittent fasting seems to really ratchet up autophagy, especially in the brain, which might be why it’s linked to improve cognitive function in some studies.(3)(4)(5)(6)

While it may be true that a continuous stream of amino acids is more anabolic than going without food, fasting isn’t as catabolic as previously thought. In other words, fasting might be better for fat loss than for muscle gain.(7) (It makes it easier to eat less and harder to eat more, after all.)

But skipping meals doesn’t seem to break down your muscle. For example, a randomized study published in 2016 found that obese people fasting every other day for 8 weeks lost the same amount of weight and retained the same amount of muscle as a control group.(8)

“Think about it from an evolution standpoint: we wouldn’t evolve well if we started burning muscle in the absence of food,” says Dr. Kalra. “We retain muscle due to a hormone called human growth hormone, which is crucial for maintenance of muscle and the bone.”

While most of the studies showing this have been on multi-day fasts, there’s still evidence that one-day fasts may effectively increase your body’s production of growth hormone.(9)(10)(11)(12)(13)(14) It’s a stretch to say fasting is anabolic, but it doesn’t appear to be truly catabolic so long as your overall calories are in check. 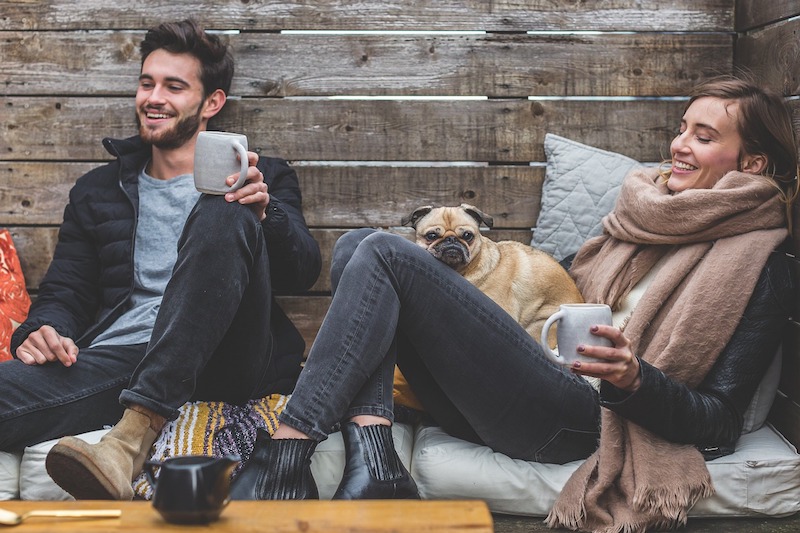 Can You Drink Coffee During Intermittent Fasting?

Contrary to popular belief, coffee isn’t a zero-calorie beverage: you’re looking at one or two grams of carbs per cup. Does that mean it “breaks” the fast?

It depends on how sharply you’re defining the word “fast.” When you drink coffee the stomach does some work absorbing the nutrients, the liver metabolizes it, the kidneys excrete it. If you’re fasting because you want to keep calories low, then there’s no doubt that the five or so calories in black coffee or tea won’t make much of a difference.

Does it spike the insulin and interfere with the autophagy? Some studies find that coffee improves insulin sensitivity, others dispute this.(15)(16) As far as the acute effect of a cup of coffee on your insulin levels, the evidence is also mixed.(17)(18)(19) Dr. Satchin Panda, a researcher widely considered an authority on fasting, once told Dr. Rhonda Patrick on her podcast,

It seems that coffee increases insulin more than water, but the amount it does increase is pretty insignificant, at least for those who don’t have diabetes. It doesn’t seem to inhibit ketosis — indeed, it might actually increase your ketone production — and there’s some limited evidence that the polyphenols in coffee might increase autophagy, rather than hinder it.(20)(21)(22)

“If your main goal is to reduce calories then you might be fine with having some cream in your coffee or with drinking diet soda,” says Dr. Kalra. “But if your priority is health benefits like improved insulin sensitivity then you may want to eliminate everything but water and plain coffee or tea.”

What about diet soda? Unfortunately, the evidence here is also mixed. One study of seventeen obese people with diabetes found that sucralose (a.k.a. Splenda®) increased insulin by about 18 percent, but other studies have found no effect at all.(23)(24)(25)(26)

In short, more research is needed. If you want to hedge your bets you can stick to water, but we acknowledge that many people find coffee indispensable for helping them through their fast. A cup of joe won’t harm weight loss efforts, but we don’t really know for sure how much it will affect autophagy or insulin sensitivity. We recommend speaking with your physician if you have real concerns about your insulin, especially if you have diabetes.

[Read more in our guide to artificial sweeteners and your health.]

There’s still debate as to whether or not fasting is better for fat loss than eating the same amount of calories over the course of the week, and some researchers still contest the longevity benefits. Nonetheless, the evidence is strong for intermittent fasting as a useful, uncomplicated way to lose fat. There’s no need to do it if you hate it, but if preparing fewer meals and spending less time eating seems like an attractive option, it doesn’t look like eating fewer meals will negatively affect your muscle or your body fat. Just make sure your overall calories and macronutrients are in check.

1 thought on “Intermittent Fasting 101: A Guide to Benefits, Muscle Gain, and More”