Build a mighty pair of sleeve-huggers by adding these eight moves into your biceps routine.

Big biceps signal to the world that you’ve put in some serious sweat equity at the gym. The biceps are a small muscle, but to grow them takes time, knowledge, and intellectual programming. Also, your biceps flex your elbow — which, when you think about it, is a pretty important job. Otherwise, how would you curl that beer (ahem, protein shake) to your lips or pick your kid up? The biceps don’t just look good; they serve a real function.

The good news for you is training the biceps is pretty simple — you curl, curl, and curl some more. That said, certain exercises get the job done better than others. To help you figure out which is best for you, we’ve culled the eight best biceps exercises onto one list along with some more info on the muscle itself and how to incorporate biceps training into your routine.

The barbell curl is a classic biceps-builder. When done correctly, this exercise targets the biceps and can add serious size and strength to the entire muscle. You can curl more weight with the barbell curl compared to other curl variations as you’re lifting a singular implement with both hands. It’s also very easy to do. Simply load up a barbell, hold it in both hands, and lift it up towards your chin. Rinse and repeat. 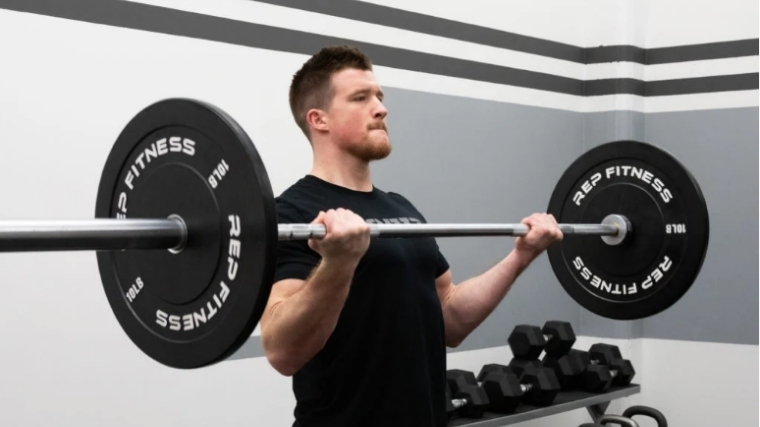 Benefits of the Barbell Curl

How to Do the Barbell Curl

Grab a barbell with an underhand grip, slightly wider than the shoulders. With the chest up and shoulder blades pulled tightly together, expose the front of your biceps by pulling the shoulders back into the socket. The elbows should reside under the shoulder joint, or slightly in front by the ribs. Curl the barbell up using the biceps, making sure to not let the torso lean forward, shoulder collapse forward, or the elbows slide backward to the side of the body (they should stay slightly in front of the shoulders).

The chin-up is a bodyweight exercise that can induce serious muscle growth of the biceps (and back) with nothing but a pull-up bar. If you have a door-mounted pull-up bar in your home gym, then that’s all you need to bang out sets of chin-ups. Since the lifter is pulling their own bodyweight, the biceps are usually exposed to loads heavier than what one can lift with a barbell. However, lifters may often perform these incorrectly, engaging their shoulder and grip muscles. 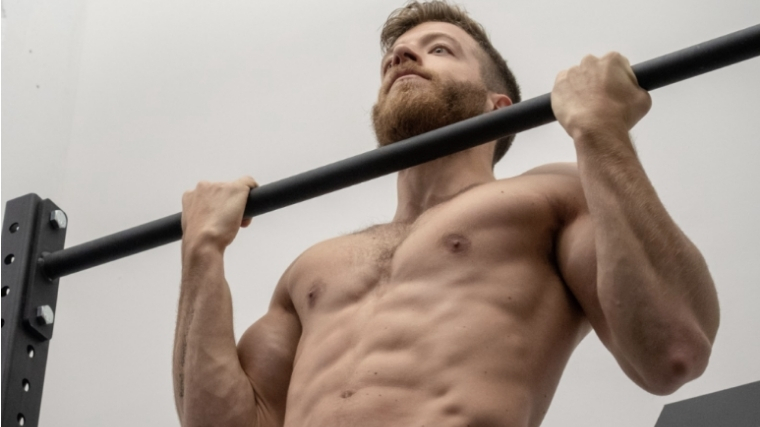 Benefits of the Chin-Up

How to Do the Chin-Up

Hang from a bar with palms facing you and the hands about shoulder-width apart, or slightly wider. From a dead hang, squeeze your shoulder blades together and pull your body up, making sure to not let the body fold inwards (so many people do this) until your chin is at or above the bar.

Curling on a preacher bench lengthens the exercise’s range of motion. As a result, the biceps will be under tension for a longer period of time, which usually equates to more muscle growth. Using an ez-bar, which turns the hands inwards, makes the move more comfortable on the wrists and shifts the angle of the exercise to target different muscle fibers in the biceps.

Benefits of the EZ-Bar Preacher Curl

How to Do the EZ-Bar Preacher Curl

Sit down on a preacher bench and rest the back of triceps on the pad. Set your body in the same position as the standard barbell biceps curl (chest up, shoulders back, and elbows slightly forward). Grasp the ez-bar handle on the inner angled pieces. This will place your hands slightly narrower than shoulder-width and on a semi-supinated angle. With the body locked in place, curl the bar upwards as you flex the biceps, briefly pausing at the top of the curl to flex the biceps. Lower the weight under control.

The hammer curl has the lifter curl dumbbells with their palms facing each other. This neutral wrist position is more comfortable and allows the lifter to hoist more weight, as we’re generally stronger with a palms-facing position. This move also targets the biceps brachialis and brachioradialis (outer biceps and forearm) for more arm thickness. 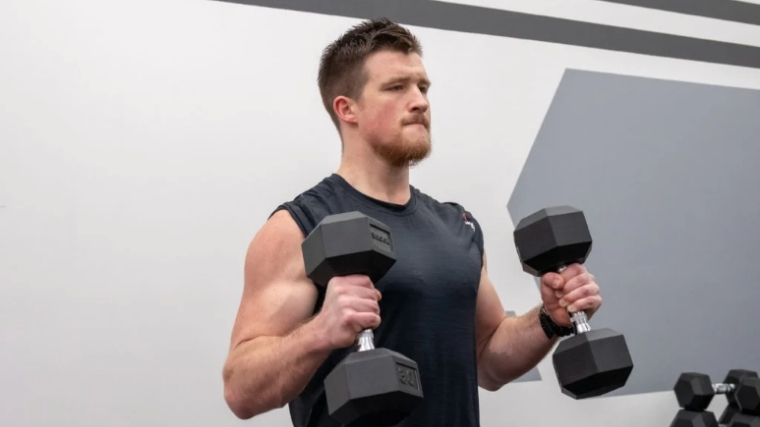 Benefits of the Hammer Curl

How to Do the Hammer Curl

Hold a dumbbell in each hand while standing. Turn your wrists so that they’re facing each other. Keep your arms tucked in at your sides and flex your elbows to curl the dumbbells up towards your shoulders. Lower them back down with control.

To perform the incline dumbbell curl, the lifter needs to lay back onto an incline gym bench. This achieves two things: First, it takes the momentum out of the equation so that the lifter can’t cheat the weight up. Secondly, curling with lengthened, extended arms creates a longer range of motion, which ultimately makes this curl variation more effective.

Benefits of the Incline Dumbbell Curl

How to Do the Incline Dumbbell Curl

Lay back on an incline bench, angled at about 60 degrees, with a dumbbell in each hand. Let your arms hang so they’re fully extended. Without moving your shoulders, curl the weight up to your shoulders. Hold the top of the movement for about a second, and then slowly lower the dumbbells with control.

You’re right to think of this movement as a traditional back exercise. It is. That said, similar to the chin-up, this bent-over row variation involves the biceps to a great degree. You can manage more weight on the barbell compared to other biceps exercises. Also, you’ll build up your biceps in conjunction with your back muscles for more overall muscularity. 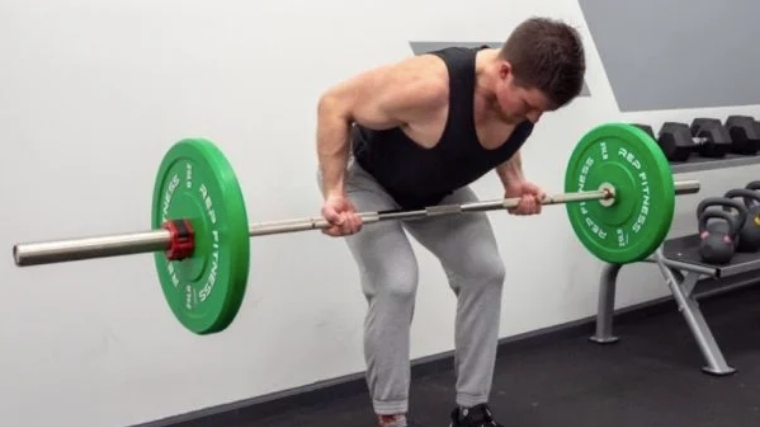 Benefits of the Reverse-Grip Bent-Over Row

How to Do the Reverse-Grip Bent-Over Row

Grab a barbell with an underhand grip that is about shoulder-width apart. Assume the proper bent over row position, with the back flat and chest up. Row the barbell to the stomach. Pull with both the back and the arms, lowering the weight under control and repeating for reps.

When you curl a dumbbell or barbell, the movement is hardest at the midpoint of the lift since the weight is furthest from the body. However, cables keep tension on the muscle throughout the movement, as the weight stack you’re lifting is suspended throughout. This adds more tension to the muscle for more growth. You can also attach different handles to a cable machine‘s pulley to attack your biceps from different angles.

Benefits of the Cable Curl

How to Do the Cable Curl

Attach the desired handle to the pulley of a cable machine set to the lowest height. Grab the handle in both hands and take a few steps back so that there’s constant tension on the cable (the weight stack should be elevated the entire time). Curl the bar up to your chest and then slowly lower it back down.

The concentration curl is all about feeling your biceps work. You sit down on a bench, rest your elbow on the inside of your thigh, and curl a dumbbell from full extension to contraction. By working on-arm at a time you’re doing more work, and so you’re burning more calories, and are allowing your weaker arm to play catch up. Also, the isolated curling position really lets you hone in on your biceps as you curl a light dumbbell.

Benefits of the Concentration Curl

How to Do the Concentration Curl

Sit on a bench with the feet wide to allow your arm to hang in the middle, with your elbow resting on the inside of the thigh. With a dumbbell in hand, slowly curl the dumbbell upward at a controlled tempo, concentrating on contracting the biceps to move the load. At the top of the movement, flex as hard as you can, then slowly lower the load. The key is to not lose tension on the biceps at any point in the range of motion.

About the Biceps Muscle

The biceps are technically called biceps brachii, which is Latin for “two-headed muscle of the arm.” The biceps attach across two joints — the elbow and the shoulder. Its core function is to flex the elbow and turn the wrist.

The biceps are a small muscle, but they serve a pivotal function when you really think about it. Anytime you pick something up or get press something overhead, you’re flexing your elbow (and therefore your biceps) to some degree. Think about the last time you loaded a suitcase into an overhead compartment. To get your luggage overhead, you probably curled it to your chest before pressing it up. Small but mighty — that’s the biceps for you.

Aesthetically, the biceps are a coveted muscle. When someone asks you to make a muscle, you don’t roll up your pant leg and flex your calf or pull down your shirt collar to show off your traps — you flex your biceps. Many lifters desire that classic biceps peak, which is when the muscle juts upwards. Unfortunately, whether you have a more distinguished biceps peak or not is determined by genetics, but you can grow the area which will translate to a larger peak to some degree.

How to Train Your Biceps

As for how often to train your biceps, you want to aim to get in about 10 to 14 sets per week. If you’re a gym newbie, start with eight sets per week. Again, the biceps are a small muscle with a singular function, and so they don’t require a hefty amount of work to spark growth.

We suggest training your biceps with your triceps together as they’re antagonistic muscle (your biceps flex the elbow and your triceps extend the elbow). You can also save your biceps training for after your back workout or, if you follow a push, pull, legs split, after your pulling day. Since your biceps are recruited in most upper-body pulling movements, it makes sense to tack them onto that day since they’ll already be a bit fatigued.

Now that you’ve learned about the best biceps exercise, you may want to step up your biceps training even more. Check out these other helpful and informative articles on curling and biceps exercises.

Hafthor Björnsson to Box Heavyweight Simon Vallily in May 2021