There are a ton of different ways to build big, strong biceps, and there’s really no one definitive way to do so. In fact, when Broses passed down the 10 Commandments of Biceps Training to all of his fellow lifters he made a point to be creative with training and to enjoy it along the way.

These commandments are guidelines or best practices when trying to build big, strong arms, and by no means should be taken as an end all be all. So do they need to be followed to a tee? Not necessarily, but they could be useful to keep in mind when building effective arm workouts for the biceps.

It’s also worth noting that there are vast differences in various coaches and athletes’ training ideologies when it comes to building arms, so that’s also important to factor in reading the commandments below!

1. Thou Shalt Not Ignore Thy Muscle Function

Effective arm training starts with a base understanding of what the biceps do and what their functions are. Understanding this can lead to better positioning and strategy behind exercises and methods of loading.

The anterior upper arm includes four muscles that are worth knowing: biceps brachii, brachialis, brachioradialis, coracobrachialis. The biceps brachii are a biarticular muscle, which means they pass two joints (shoulder and elbow) and have two primary heads (long and short).

Understanding how the four muscles above function can play an important role in strategic programming. For example, this is when considering isolation movements versus multi-joint exercises could come into play.

2. Thou Shalt Not Ignore the Eccentric and Concentric

In arm training — and all training in general really — it’s important to consider the eccentric and concentric movement patterns, as doing so will help better facilitate adaptations and can help lifters train different points of the muscle.

When a muscle concentrically contracts, its primary goal is to produce enough force to move an object through a desired range of motion. As muscle’s eccentrically contract and lengthen, they’re controlling/decelerating loads and often mediating forces greater than what the said muscle creates.

The consideration of concentric and eccentric training for the biceps is important for building well-rounded arms. For example, when the biceps are in full contraction, their distal head will not be as trained as it would handling external load in a stretched eccentric position. (1) This is why preacher curls feel incredibly tough at the bottom range of motion versus the top.

While there’s no perfect ratio for concentric:eccentric biceps training, a good, or more safe bet, is to simply provide each movement pattern with adequate attention in training. If one is getting ignored, then it could be assumed that a lag in growth will eventually become present — and this concept leads us to our next commandment.

3. Thou Shalt Remember Thy Strength Curves

We could argue that effective biceps training is best summarized by strategically accommodating various exercise’s strength curves. A strength curve entails how an exercise changes in difficulty through different ranges of motion. This change in difficulty can lead to better programming.

The biceps are able to produce the most force around 60-90 degrees of elbow flexion and they’re the weakest when fully extended and flexed. By remembering their strength curve, exercises and angles in performance can be plotted out to accommodate for the biceps’ potential to create force.

Some examples of this in action could be:

Tempo is a seriously powerful tool when it comes to increasing and optimizing training efficiency. Tempo entails assigning time goals for specific movement patterns in exercise.

Generally, tempo will be written out with 3 or 4 numbers and will resemble something like: 4010.

Using tempo in training comes with a ton of benefits, but for the biceps specifically there are three benefits that are useful to keep in mind:

On top of the above benefits, using tempo can be a great way to improve and practice the skill of mind muscle connection.

5. Thou Shalt Pay Attention to Contractions

It’s easy to zone out during accessories especially when they seem tedious and boring, but doing so could be leaving gains on the table. The concept of creating a mind muscle connection with the biceps is easier said than done and takes a lot of practice.

In the sport of bodybuilding, mind muscle connection is a focal point for training. It’s often compared to a form of meditation — and frankly, that’s not too far off from the truth of it.

By fully immersing the mind into training and focusing on the task at hand, contractions can become more meaningful and the body could experience extra benefits. For example, both internal and external cuing during exercise haven been suggested to play a role in increasing muscle activity. (3, 4)

At the end of the day, it’s a tough skill to develop, but it doesn’t take a ton of extra time to do, and it takes nothing extra besides being present in the moment. It’s a win, win for the brain and the body!

6. Thou Shalt Diversify Thy Training

The biceps brachii are a biarticular muscle, so it’s important to train them like one. This means performing both compound and isolation exercises throughout one’s program if the goal is building bigger and stronger biceps.

Some great examples of compound and isolation exercises that target the biceps can be seen below:

The compounds above will also work other muscle groups (primarily the back), so it’s a win win for loading multiple muscles at once and providing the biceps with different loading stimuli.

Optimal training frequency is a subject that is still being explored by research, however, we do have a fairly good basis for structuring frequency when the goal is strength and mass.

When it comes to training muscle groups specifically for maximizing hypertrophy, generally speaking, it’s suggested to train muscle groups twice per week. (5) Note, this is assuming volume is accounted for and increased over time, along with adequate loading to match an individual’s needs.

The above may vary for advanced athletes and bodybuilders. 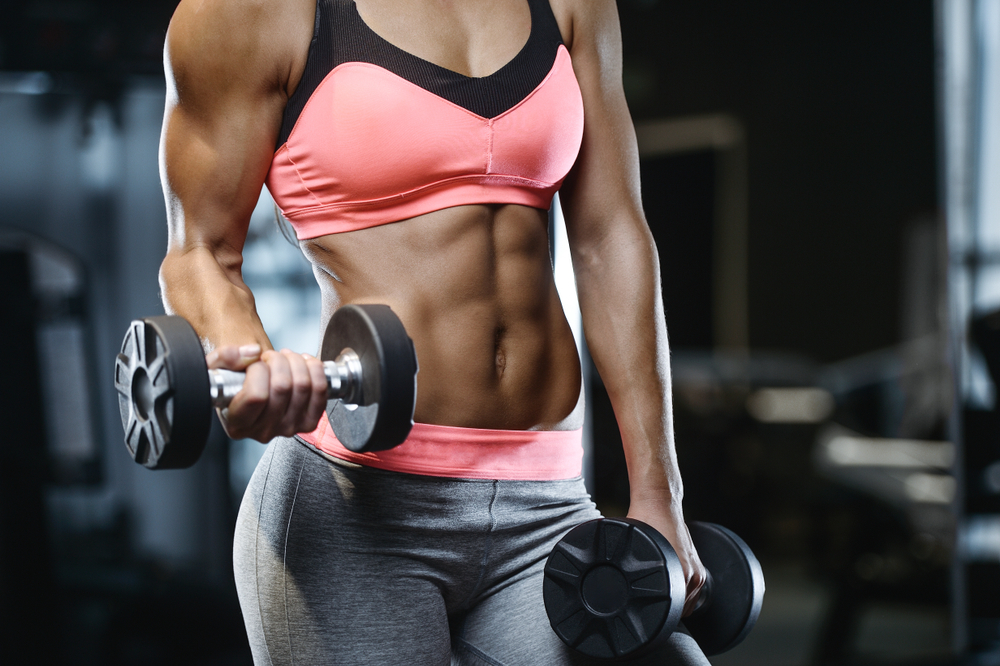 8. Thou Shalt Not Ignore Thy Forearms

What looks great with a nice set of biceps? A strong pair of forearms.

It’s important to also train up the forearms while building the biceps for both sport performance purposes and aesthetics. A balanced program mixed with compound and isolation exercises will usually be enough for building strong forearms, however, dedicated forearm training here and there can also have a ton of benefit.

Exercises like carries, holds, and fat gripped movements are good options for building strong forearms while also providing [some] benefit to the biceps.

9. Thou Shalt Not Only Blast Thy Arms As a True Beginner

This is big one because muscle-focused programs marketed to beginners is a huge marketing ploy for a few Instagram coaches out there. Now, this isn’t to throw shade, but true beginners will benefit more with a variety of training that has some arm training programmed in over longer periods of time.

So while it might be inciting to buy that “21 day bicep blasting program”, it’s not going to be incredibly beneficial in the long run without a solid foundation to stand on. Sure, there might be some temporary hypertrophy increases and the pumps will be nice, but the moment that frequency and volume drops, then the biceps usually return back to baseline.

10. Thou Shalt Not Ignore Thy Triceps

What’s a sure fire way to look like you have bigger arms in general? Simple, train the triceps and biceps.

The triceps make up about 2/3 of the arm and neglecting them can actually make the biceps look smaller than they actually are. An easy solution? Train both muscle groups with adequate volume, variety, and loads. If you’re on the quest of bigger triceps, too, then check out some of our favorite triceps exercises.