GH has been linked to better recovery, strength, focus, and performance.

Everyone seems to focus on testosterone in the quest for building strength, gaining muscle, losing fat, and boosting the libido, but growth hormone (GH) might deserve as much attention.

It’s linked to all of those same actions — yep, even sex drive — plus it’s associated with better recovery, strength, focus, and exercise performance. It’s not just impossible to increase muscle mass and bone density without it, it also plays an essential role in maintaining the health of all human tissue, including the brain. Low levels can result in a higher risk of disease, more body fat, depression, insulin resistance, weaker bones, and lower quality of life.

It’s not steroidal like testosterone; it’s a protein that tells cells to initiate growth. But the fact that GH appears to improve strength and performance is, of course, why artificially increasing GH to supraphysiological levels has put many athletes on the receiving end of a doping ban.

However, it’s a hormone that’s surprisingly responsive to lifestyle factors. If you want to keep your GH as high as naturally possible, there’s some very interesting evidence supporting the following tactics.

While athletes used to be taught that they needed to eat every few hours to “stoke the metabolic flames,” we now know that restricting your feeding window can have a wide variety of benefits, including better insulin sensitivity, lower risk of chronic diseases, and an increase in growth hormone.1

GH is sensitive to insulin, and going without food stops any insulin spikes and appears to result in a steady increase in GH production, which can also attenuate potential muscle loss2. What kind of increase are we talking about? Research from the Intermountain Medical Center Heart Institute found that a 24-hour fast increased GH by an average of 1,300 percent in women and nearly 2,000 percent in men. Longer fasts also appear to have similar benefits, while research is lacking in shorter fasts.

The effect ends when the fast ends, so regular fasting can be a great tool in your fat burning kit — just make sure you reach your calories and macros by the end of the week.

A large amount of research suggests that a bout of intense weight training can temporarily increase growth hormone anywhere from one hundred to sixteen hundred percent.3 4

The type of exercise matters, and while any kind of exercise will see a surge in GH, the effect appears to be higher when subjects are using as many muscle fibers as possible — think big compound movements — and when rest periods are short. One 2009 study published in the Journal of Science and Medicine in Sport found that subjects resting one to two minutes per set had less than half the increase seen in those who kept rest periods to thirty seconds.4

Obviously, not every strength athlete can use such short rest intervals for every workout, but it’s yet another reason why occasional bouts of HIIT training can benefit powerlifters and other athletes who tend to train with longer rest periods.

[Avoiding cardio is one of the 5 powerlifting rules you should break — click through to read the rest.]

The majority of your GH production occurs while you’re asleep. Studies suggest that the production happens in “pulses,” with the largest peak occurring about an hour after you’ve fallen asleep, then every three hours or so after that.5

Even though the biggest spike does happens early in the night, it’s still important to get at least eight hours, particularly if you’ve been training hard — and growth hormone is secreted during deep sleep, so you can’t try to make up for a crummy night’s rest with a nap or two in the afternoon. (At least, not in terms of your GH.)

To sleep as deep as possible, minimize exposure to light and electronics in the hour before bed — they appear to mess with your melatonin levels — and nix caffeine in the afternoon. (You can still exercise at night time, just follow these tips for restful sleep post-workout.)

[Is your sleep schedule preventing you from getting stronger? Ask these 8 questions about your sleeping habits.]

A choline compound found in the brain, alpha-glycerylphosphorylcholine isn’t quite as well studied as strength sports stalwarts like creatine and BCAAs. However, a 2008 study took multiple blood samples during two hours after an intense workout and found that the athletes who took 600 milligrams of pre-workout alpha-GPC had significantly more growth hormone — about twice as much for the first hour — compared to subjects who took a placebo.6

More research is needed, but if you are considering taking a supplement (it’s in a lot of preworkouts) make sure the dosage is right — a lot of products don’t reach 600 milligrams, even though that’s also the dosage that some studies found can increase power output.

[Alpha GPC is one our favorite supplements for boosting power. Check out the rest of the list!] 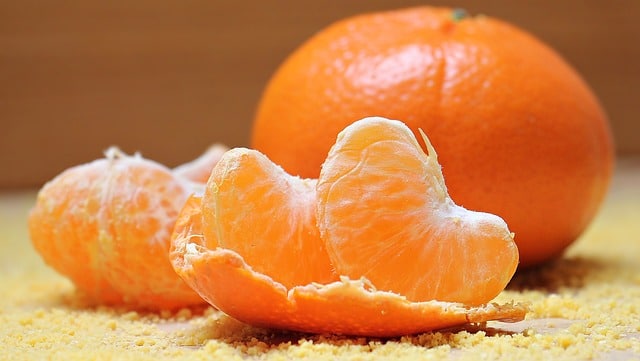 Very, very few people are deficient in Vitamin C, since it’s in just about every fruit and vegetable we consume. But since the CDC says that just ten percent of Americans eat enough fruits and veggies, it’s worth emphasizing that Vitamin C isn’t just good for your immunity.

A comprehensive study entitled The Association of Macro- and Micronutrient Intake with Growth Hormone Secretion found that Vitamin C was “strongly and uniquely” associated with GH secretion. When considering your own diet, remember that Vitamin C isn’t just in fruits — broccoli, cauliflower, kale, bell peppers, and even potatoes are bursting with the stuff.7

[Potatoes made our list of 10 “unhealthy” foods you should eat more of — don’t miss the rest!]

We don’t particularly love arginine as a standalone workout supplement, but there’s some interesting evidence for its use as a GH supplement. Not as a means to boost exercise-induced production — more than a few studies have concluded that arginine won’t increase post-workout GH — but as a way to boost it at other times of the day8.

Several studies have found that taking supplemental arginine in resting conditions can significantly increase GH, with one finding that taking it throughout the day increased sleeping GH production by 60 percent9 10. Note that these studies tend to use pretty large doses: one used 7 grams to cause a spike in GH that was significant, but not as significant as an exercise-induced response; while the sleep study used 250 milligrams per kilogram of bodyweight throughout the day, with a lower dose (100 milligrams per kilogram) having no effect.

Six-pack abs aren’t just about looks. The amount of body fat and, yes, especially your belly fat, you carry with you is strongly related to your risk of cardiovascular disease, your insulin sensitivity, and your GH production.

Higher levels of body fat and have been shown to impair growth hormone production, particularly the post-exercise GH spike. One study even found that folks with low belly fat (under 20 cubic centimeters) had over three times more GH in their system when compared to subjects with over 100 cubic centimeters11. Of course, most of the tips on this list will help to burn more body fat anyway — win win.

There’s a ton of interesting research out there about growth hormone, and the good news is that while our natural production does decline with age, we can do a lot to keep our levels optimal through lifting heavy, sleeping well, and staying ripped. Talk about gym motivation.