Day 3 had some of the most dramatic Atlas stone lifts you've ever seen.

On the last day of the qualifying events for the World’s Strongest Man, the name of the game was Atlas stones.

The event was Last Man Standing: the second and third place finishers from each of the five groups competed in pairs for five events total. They were instructed to stand face to face with a 200-kilogram (441-pound) stone at their feet. The third place finisher starts the competition by heaving the stone over the bar, second place finisher returns it, and the two continue until someone can’t complete the movement.

Hafthor Bjornsson, Brian Shaw, Mateusz Kieliszkowski, Martins Licis, and Konstantine Janashia all qualified for the final on Friday, so they were free to take a rest day. Licis and Shaw both turned up to spectate and cheer on their competitors in the muggy subtropical heat of Manatee Beach, Florida where he action unfolded. While every face-off was a crowdpleaser, the final Last Man Standing was one for the ages. 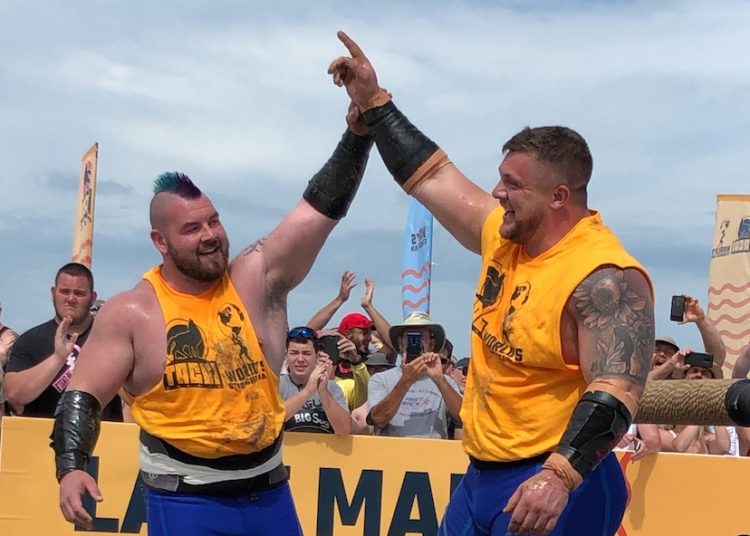 Stoltman kicked off the event and managed to complete eight reps before Kearney failed his eighth lift, handing the qualification to Stoltman. 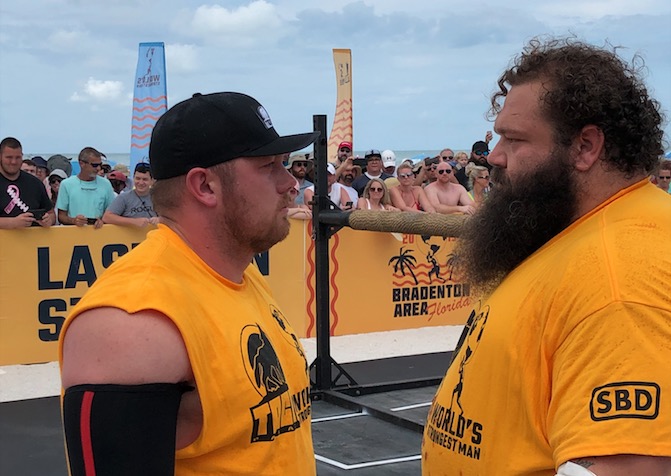 A quick match, Bishop walked away the victor after Oberst was unable to complete the second lift. He’s yet to make an official statement but he injured his bicep, walking away from the stone saying, “My bicep is gone” and “I popped it good.” 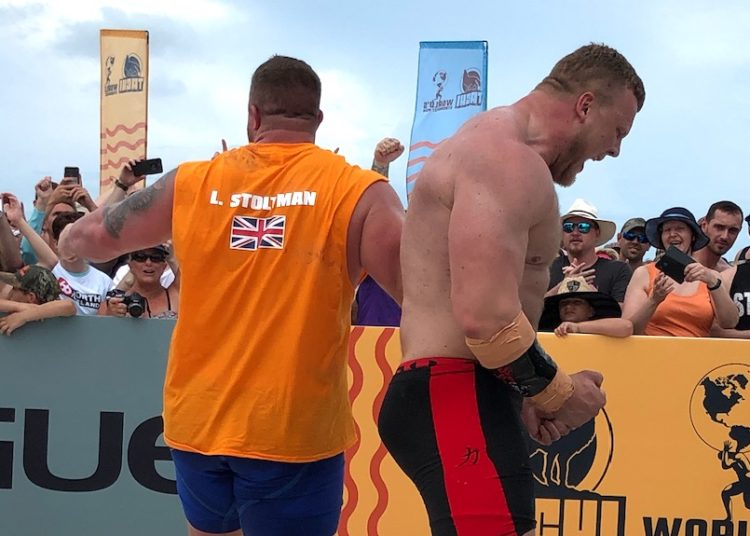 The two Stoltman brothers celebrate after the event

A nailbiting back-and-forth concluded with Stoltman completing nine reps and Smaukstelis making two attempts to complete his ninth before calling it a day.

This was the most historic event of the day: this is the first time in the history of the World’s Strongest Man that two brothers have qualified for the finals. 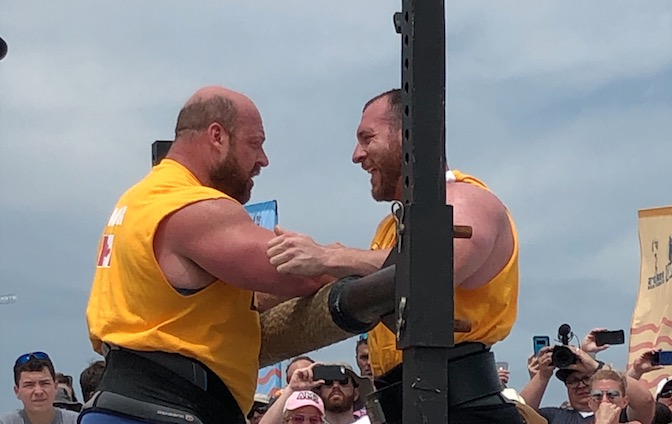 In a surprising turn of events, Faires was unable to complete the first lift. In such an event, the third place finisher is replaced with the fourth place finisher — after a short delay, Norway’s Ole Martin Kristiansen stepped up to the plate. 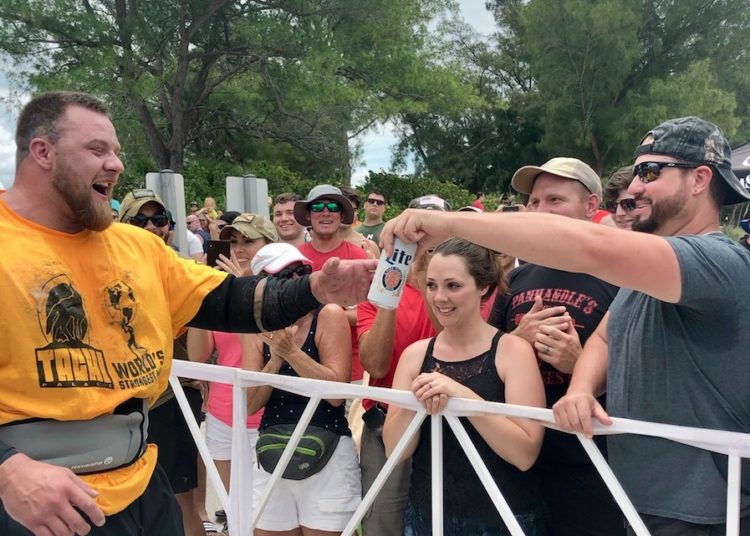 When Kristiansen was unable to complete the fifth lift, Caron was declared the winner. The Norwegian gratefully accepted a beer from the crowd, pouring half of it on his head. 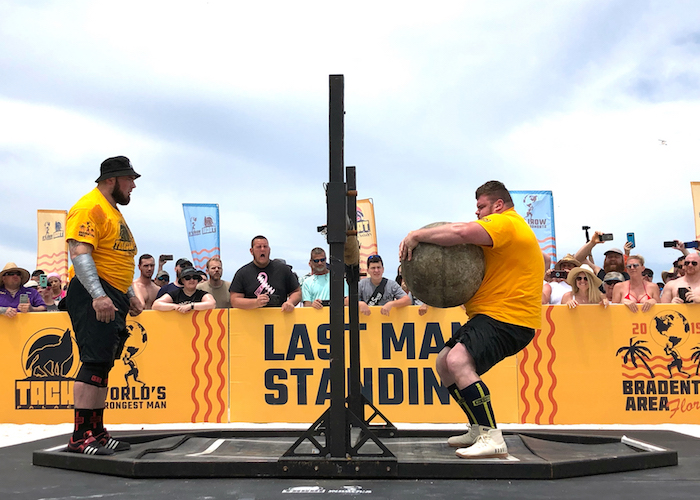 Few people have witnessed an Atlas stone battle as epic as the last one of the day. Thus far, the highest number of completed reps was nine, by Tom Stoltman. As the American and the Ukrainian traded stones, tension mounted in the audience.

The crowd screaming “U-S-A! U-S-A!”, every strongman and member of the production staff stared, jaws open, astonished at the endurance on display. Every time the stone was brought back over the bar, heads shook in disbelief.

Finally, Mitchell made his fourteenth rep and Novikov was unable to throw it back to him. Robert Oberst said, “Now that is a stone lifter!”

Here’s who will be duking it out for the title of World’s Strongest Man tomorrow.

The events will be:

While he was a favorite to win, now that he’s competing with a torn plantar fascia Hafthor Bjornsson’s victory is far from guaranteed. No doubt the finals will have plenty of surprises in store on Sunday.