We all get into lifting for different reasons. But for many it’s for the looks, whether that’s improving the look of their body or the desire to do impressive looking physical feats. How many started CrossFit after watching Mat Fraser busting out muscle ups like no one’s business or bodybuilding after seeing Arnold for the first time? Strongman is just the same, and most people come to our sport after watching the likes of Hafthor Bjornsson throwing kettlebells into orbit and pulling planes at the World’s Strongest Man.

And so it stands to reason that when said aspiring strongman first steps foot in the gym, he’s going to make a beeline for the biggest baddest piece of kit; I know I did. As long as our hero leaves injury free and eager to come back again that’s certainly no bad thing. The problem is if he continues to neglect the basics and focuses only on the money movements he’ll soon find himself in a world of trouble. 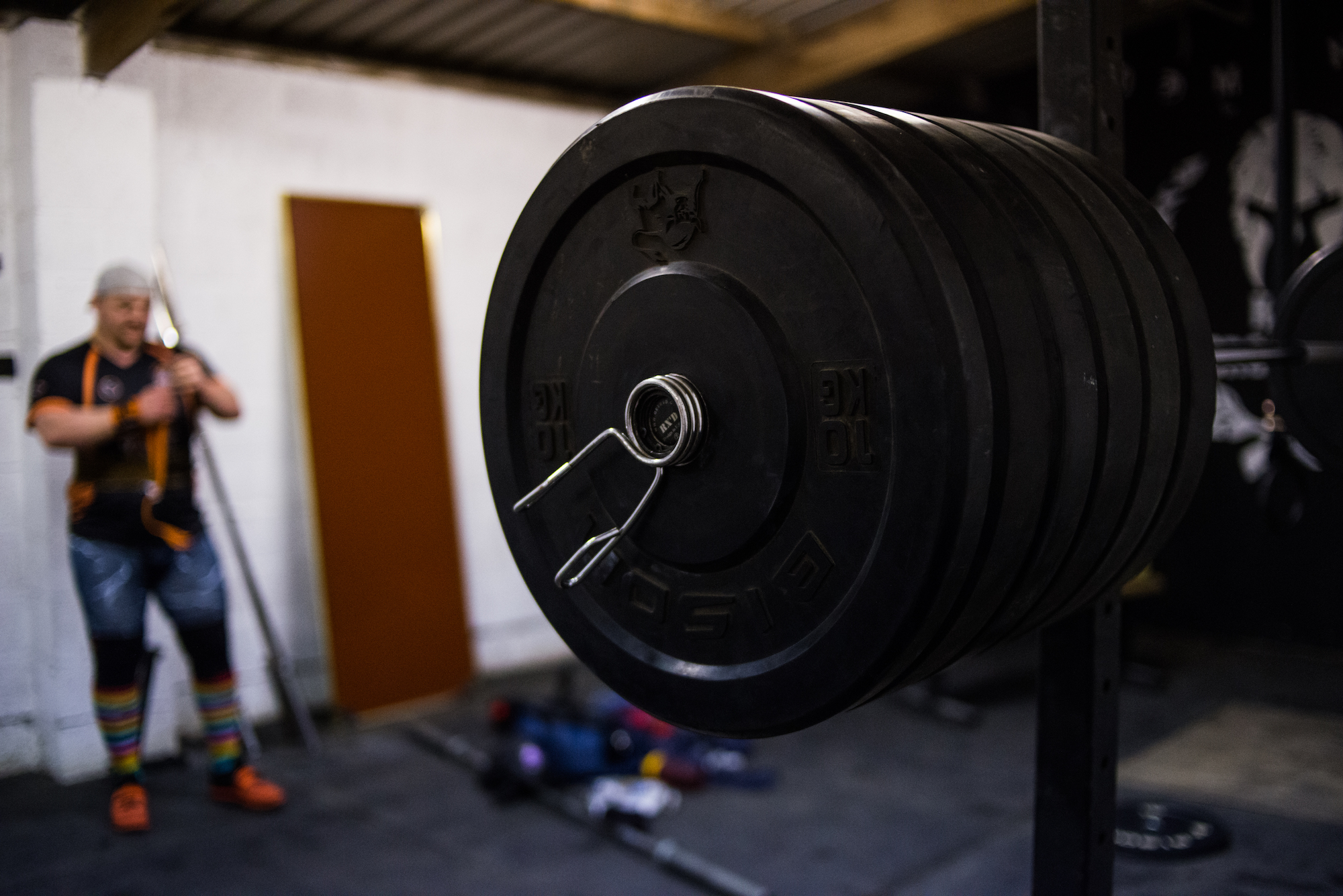 You don’t get any more basic than bodyweight movements, but they still get neglected by the vast majority of strength athletes. A big part of this is ego. While a larger athlete might be able to make bent over rows with 180kgs look easy, they could struggle to get one ropey pull up locked out. It can be hard to go back and work on the fundamentals when you’re the biggest baddest lifter in your gym on the big lifts. But put that fear aside and work on these simple movements, reap the rewards and get even stronger (and healthier).

Press ups (or push ups for you Yanks) are the antithesis of everything that got us into strongman. It’s incredibly basic, visually unimpressive, accessible to everyone, yet deceptively hard. Add to that the stigma against training chest in strongman, and it’s no surprise that you don’t see many strongmen doing press ups. Which is a real shame as the humble press up offers up protection from one of the biggest risks in the sport: shoulder injury.

With all the pressing events in strongman being overhead, there is a lot of controversy about the benefit of training chest. So while the majority of the gym going population is infatuated with the bench press, it’s a movement that doesn’t get a lot of love among strongmen (unless you’re Eddie Hall). In theory this is understandable; no matter how good your recovery, you can only press heavy so often and the competition lifts are always going to take priority. Press ups, however, allow you to work your chest and balance out the musculature of your shoulders, without causing too much additional training stress.

Because press ups are so incredibly easy to do anywhere, I find the best approach is to train them throughout the day. Start off with five sets of an easy 5-10 reps, spread out throughout the day and slowly increase until you are comfortable doing sets of forty.

Squats might only turn up as an event in their own right on occasion in competition, but they are a prominent feature in many of the other movements. Lapping a stone, cleaning a log, picking up a Conan’s wheel and even sitting into a deadlift, all require you to drop to or below parallel and to stand back up again. The problem is that many strongman don’t have the required mobility to get into that position unloaded, especially if they are in flat shoes.

This not only puts you at a greater risk of injury, but also massively reduces the amount of force you can produce in those positions. This exact problem was the undoing of many at World’s Strongest Man u105, where the Conan’s Wheel was a fixed height. Many of the taller lifters just couldn’t pick the thing up without falling over. You don’t need to hammer bodyweight squats, just get comfortable hitting depth and staying there. 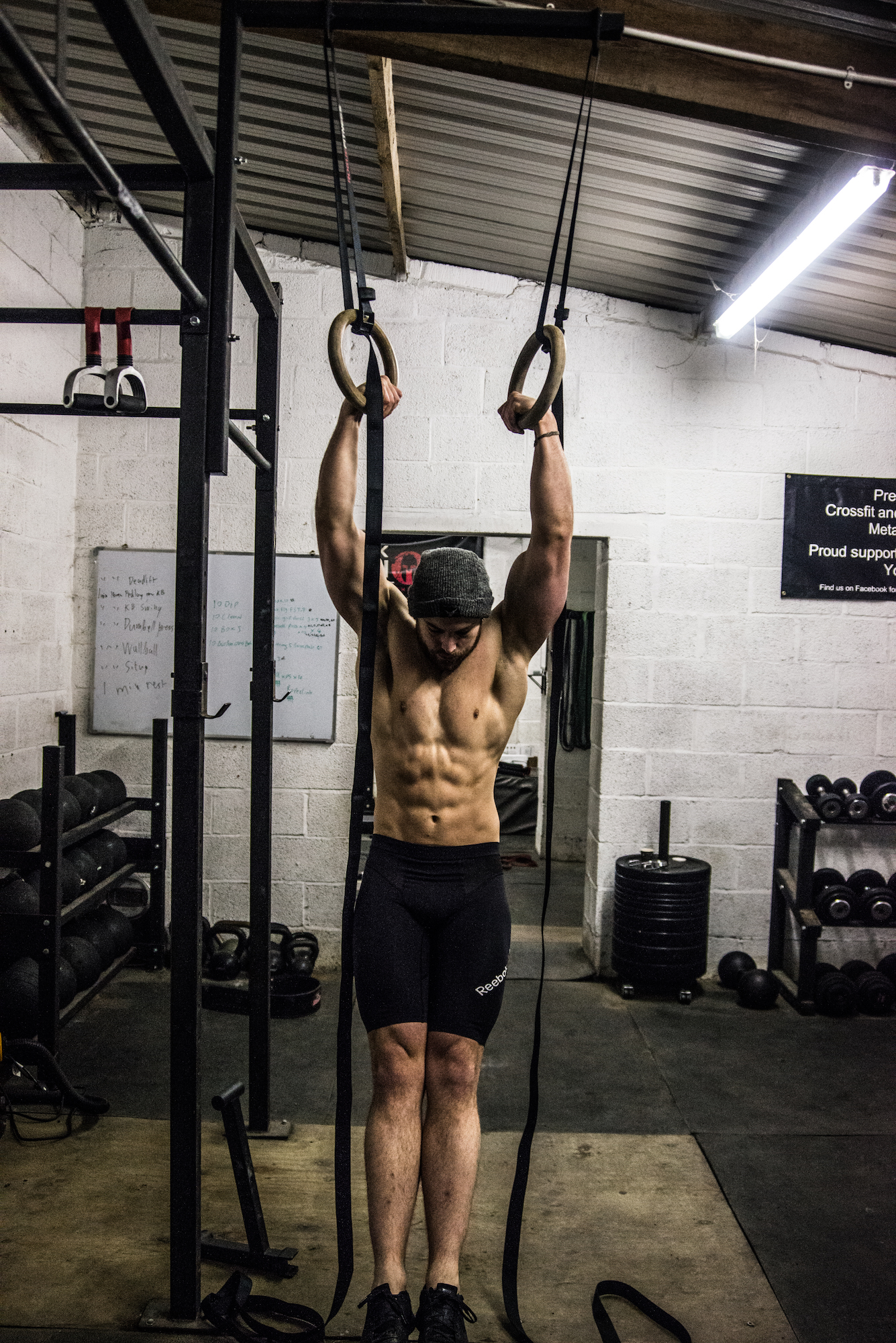 Strongman is not a kind nor a forgiving sport. The movements are often heavy and awkward, and with most of them beginning and ending on the floor, your lower back takes the brunt of the beating. This is part and parcel of the sport and something we all take for granted but it can prove a real problem when you’re trying to bring up your grip. Farmer’s holds and double overhand deadlifts will build mighty mitts, but they also will beat your back up even more. Instead kill two birds with one stone, decompress your spine and develop some grip too, all with pull ups.

Unlike the other bodyweight movements recommended, pull-ups require you to be able to lift your entire bodyweight, and for the bigger guys this can be prove problematic. Don’t be disheartened, just grab onto a bar and hang. Start with five sets of 15 seconds and slowly progress to five sets of a minute. Even for the lighter athletes hanging is a great way to finish a session, think of it as yoga from a bar.

Sticking with the spinal decompression theme, we have a slightly riskier approach to the problem – handstands. Unlike the other movements on this list, handstands are not going to work well for everyone, there is no denying that this movement can cause problems for larger athletes. Namely falling on your head.

So if you are over 120kg and have no prior gymnastics experience, I would suggest you replace this handstands with overhead carries.

Disclaimers firmly out of the way, on to the good stuff. 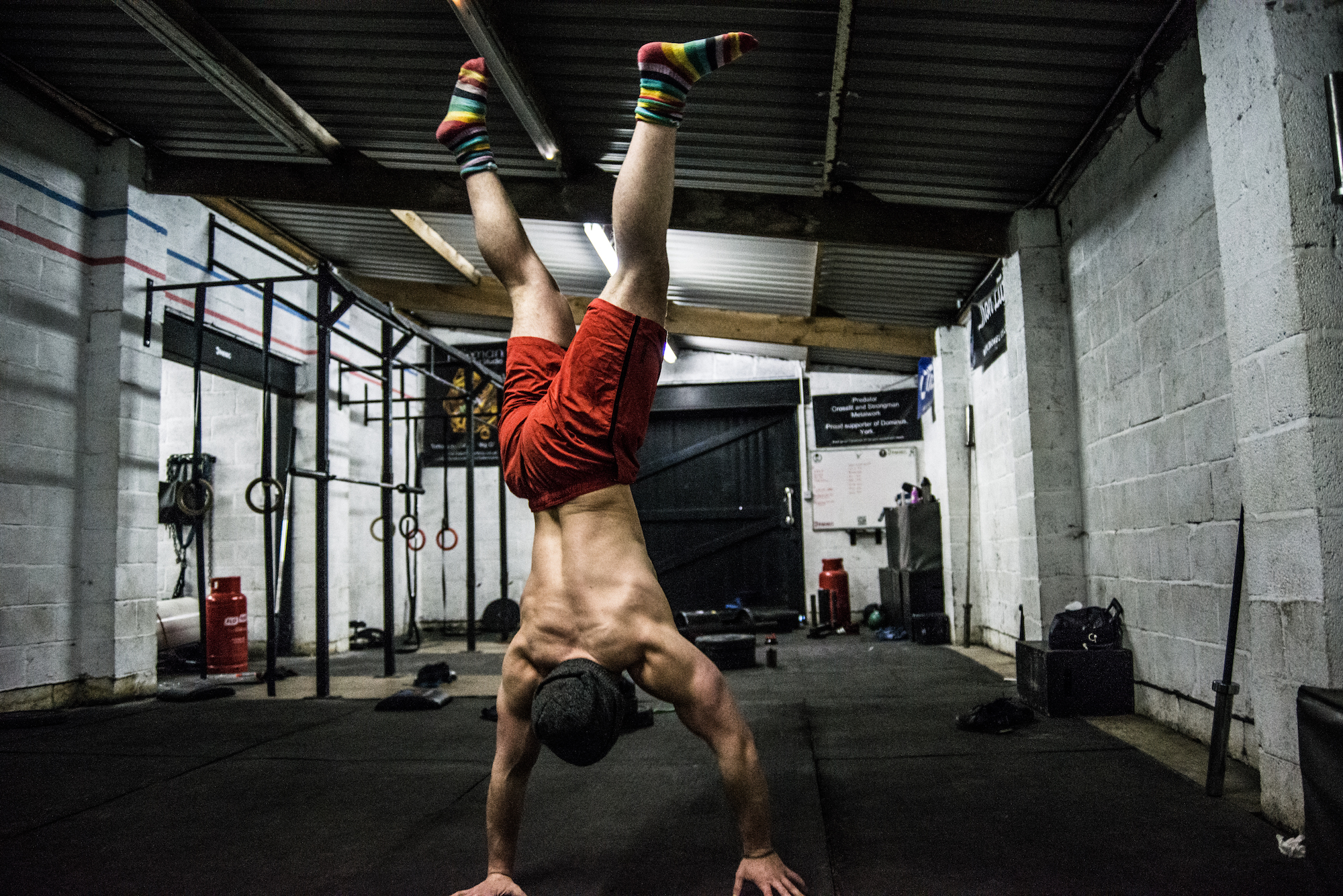 Handstands used to be a staple of old school strongmen’s routines, but as the athletes got bigger and less mobile, they understandably fell out of favor. But if you’re a little lighter and willing to learn, you can build an incredible lockout and unshakable shoulders.

Try adding two max handstand holds against a wall at the end of a shoulder session. Once you can comfortably hit one minute for both sets, slowly start progressing into handstand press ups. This is best done by increasing the range of motion over time, start with a stack of ab mats directly underneath your head so each rep is only a few inches. As that becomes easier, slowly remove the mats until you are able to lower your head all the way to floor in a controlled manner and press back up.

This makes all of the moving events at their core single leg exercises, whether that’s yoke, farmers, Conan or sandbag run, you’ll be supporting a huge load on a single leg. As such it’s vital to train each leg individually, to maintain an equal balance of strength through both sides of your body. There might be a plethora of single leg exercises out there but few can hold up against simple walking lunges.

Done right they’ll build up balance, core strength and work the entire leg. I ‘like’ to add in one long set (140m) at the end of a heavy squat session as part cool down, part finisher. Over time feel free to load this movement up but if you’re new to lunges stick with bodyweight for now. Believe me.