Everyone can benefit from improving their fitness levels, and in pretty much every profession, as evidenced by this Chevy pit crew. A recent article shared by Autoweek highlights a pit crew using CrossFit® training to not only improve their health, but boost their performance at the track.

The pit crew for Chevy Corvette C7.R at Le Mans started going to Grand Trunk CrossFit in New Hudson, Michigan, months ago in hopes of shaving off time in their fast-paced pit changes. They broke down what they needed to improve upon, and besides dialing every movement to a tee (including their steps), they decided that building their physical fitness would offer even further benefit.

Check out the video below where team manager Ben Johnson explains the rationale behind what started their CrossFit kick.

From the video, they talk about how CrossFit has helped them also improve their relationships due to the team based atmosphere. No 4 Corvette C7.R Car Chief Brian Hoye stated, “It’s not only made us physically stronger with better pit stops, but it’s brought the two cars together into one team.”

It’s cool seeing how functional fitness not only improved this group’s fitness, but brought them together to be a stronger team. This isn’t the first time CrossFit’s community based workouts have been used in different professions to improve fitness and a team based atmosphere.

Last May, the New Haven Register reported on a team of police recruits who were using CrossFit to improve their fitness and build community. 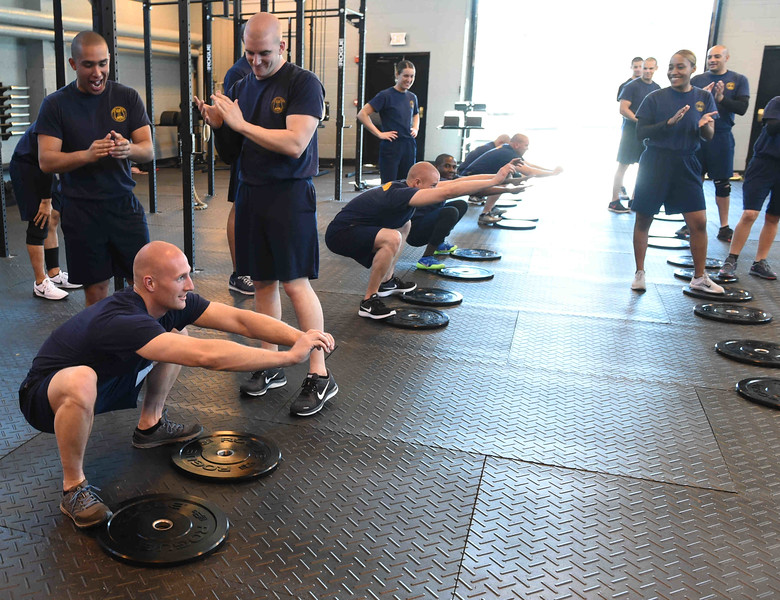 The academy utilized CrossFit because it’s somewhat similar to the unpredictability of a police officers’ day to day job. Plus, it was a way to periodize their physical training progressions.

These aren’t the only two examples of different job utilizing CrossFit for various reasons. In fact, a lot of companies and teams similar to the pit crew and police officers have been using CrossFit as a means for team building and to improve an employee’s health.