You may have heard of or seen the Figure of 8 lifting straps by Giants Pro before. These were the straps Eddie Hall used to break the deadlift world record with 500kg at the World Deadlift Championship in Leeds, England (embedded below). We were intrigued by the Giants Pro figure eight design and the buzz that surrounded these straps — especially when we learned that Hall completed the deadlift using a thumbless grip.

[It seems Giants Pro has stopped selling their Figure 8 lifting straps. Having trouble finding this style of strap? Check out the BarBend Figure 8 Straps with extra padding for maximum security!] 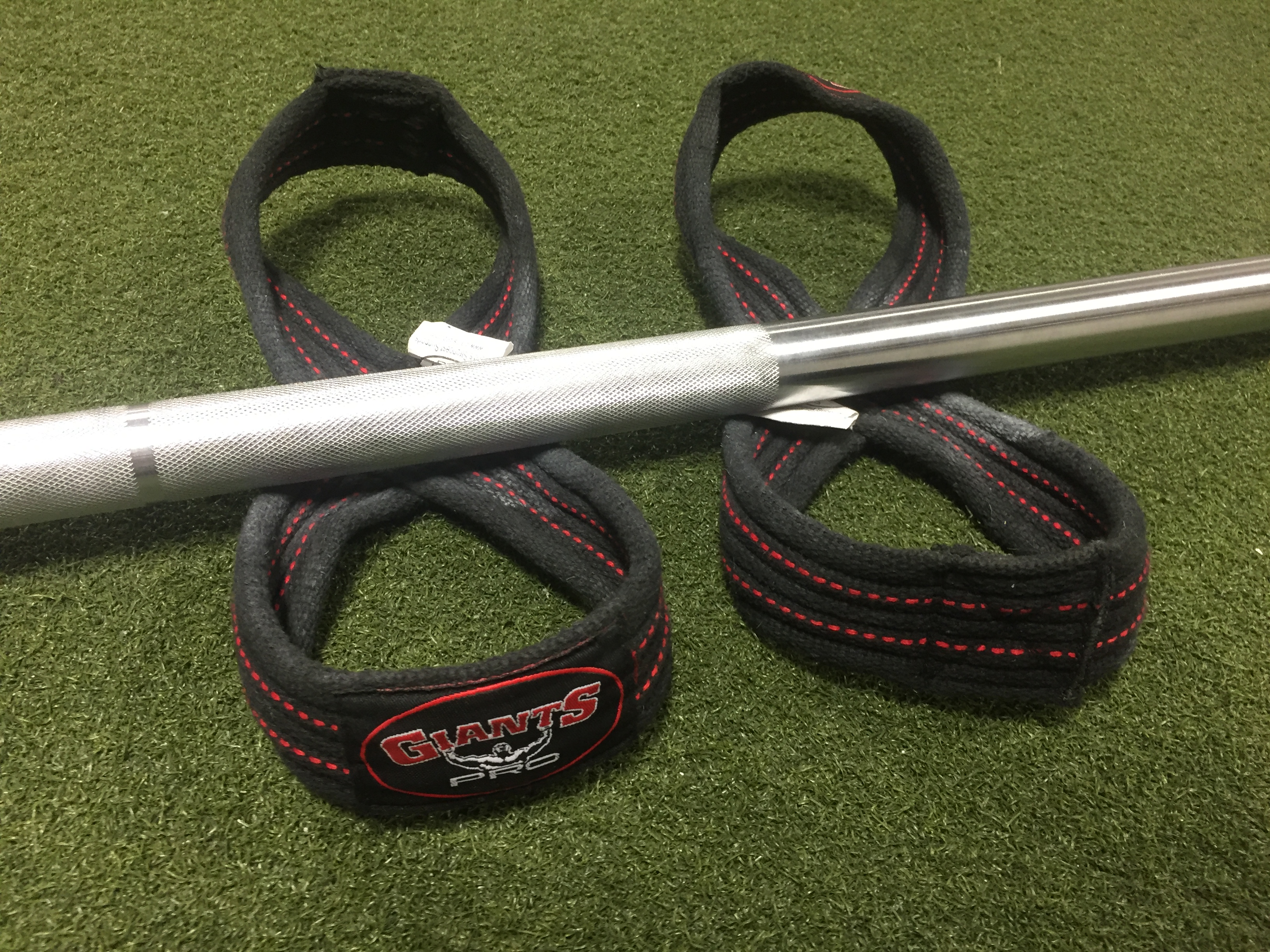 What makes these straps different from most weightlifting models is the double-looping design. Most straps wrap around the wrist once in a closed loop style, then around the bar multiple times with an open strap before you fully grasp the bar. The Figure of 8 design wraps twice around the wrist, along with the bar at the crossover point, to create bar security. If you completely lost grip of the bar, these straps would still hold it in place. Moral of the story, when you’re strapped in with the Figure of 8’s, you’re committed to your lift. To test the hype that surrounds these straps, we decided to get a pair of our own and bring them along to our next training session.

The Figure of 8’s are frequently used in strongman competitions and were created specifically for deadlifting. We thought it was only fitting to bring them to a deadlift day and put them to the test. Even though these wraps are made and marketed for deadlifting, we wanted to test them in other lifts gym-goers might use them for as well. The other lifts we tested were rows, cleans, and snatches – all typical lifts you’d use straps for.

These were some of the most secure wraps I’ve ever used. When I stress that you’re married to the bar, you’re in full on committed relationship, and you’re not easily letting go. The double wrist looping kept the bar in one place without even having to really grip, which was great when the weight got heavy and grip began to tire. 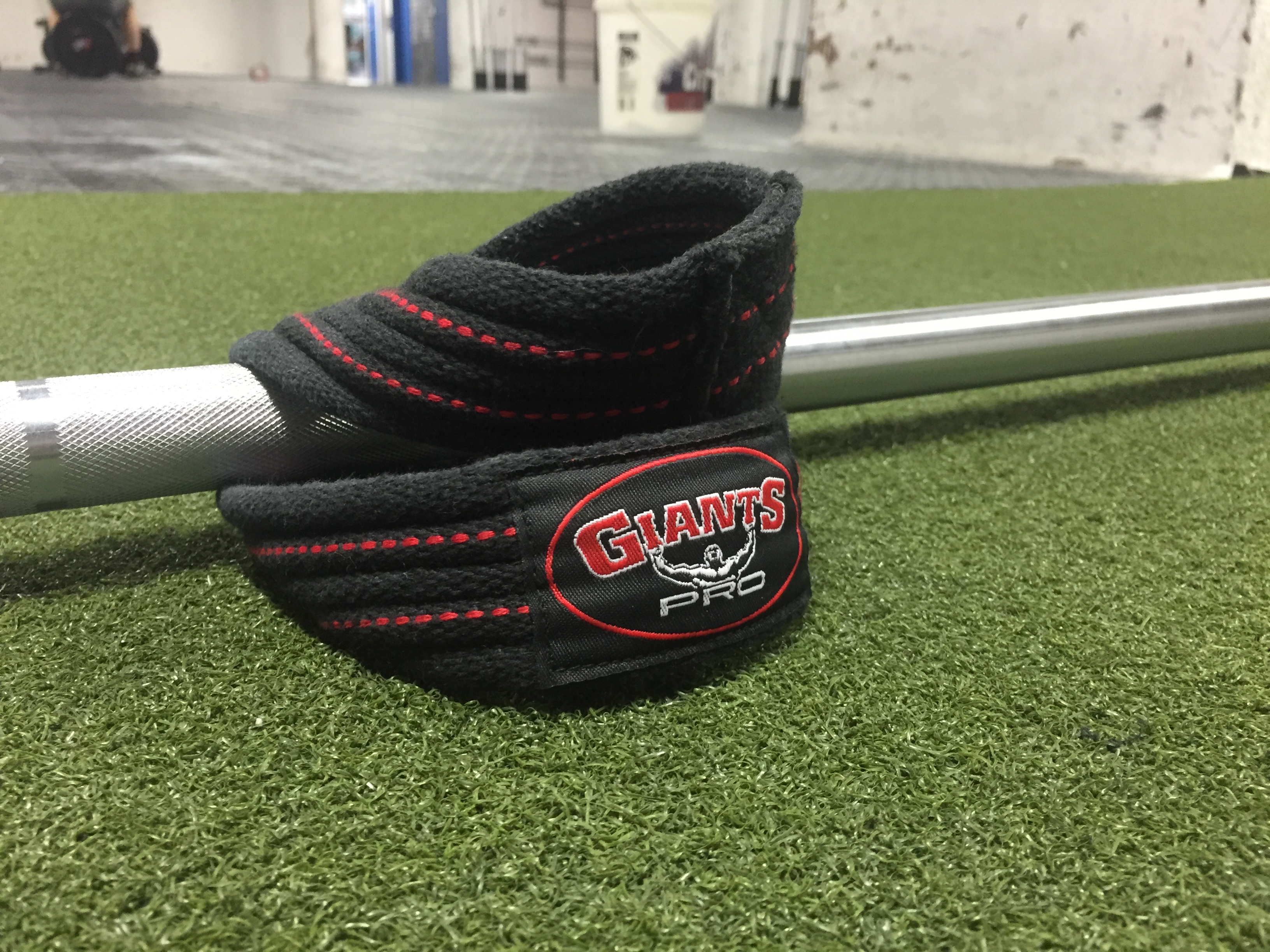 Since the bar remained so secure, the bar path was great, I never had to compromise positions due to a slipping bar. Even when my grip fatigued, the bar never rolled or felt as though it might slip out from the strap itself. I could see this being very advantageous when trying to maintain good form on heavy movements.

(Check out Benni Magnusson demonstrating the straps in the video below.)

The heavy cotton canvas strap was thick, almost as though there’s a second layer running through the whole strap. Most heavy duty outdoor equipment is constructed from cotton canvas straps. In the middle of the figure eight where the straps cross, there is double stitching to ensure no ripping. This gives them a heavy, strong feeling you would want when moving heavy weight. 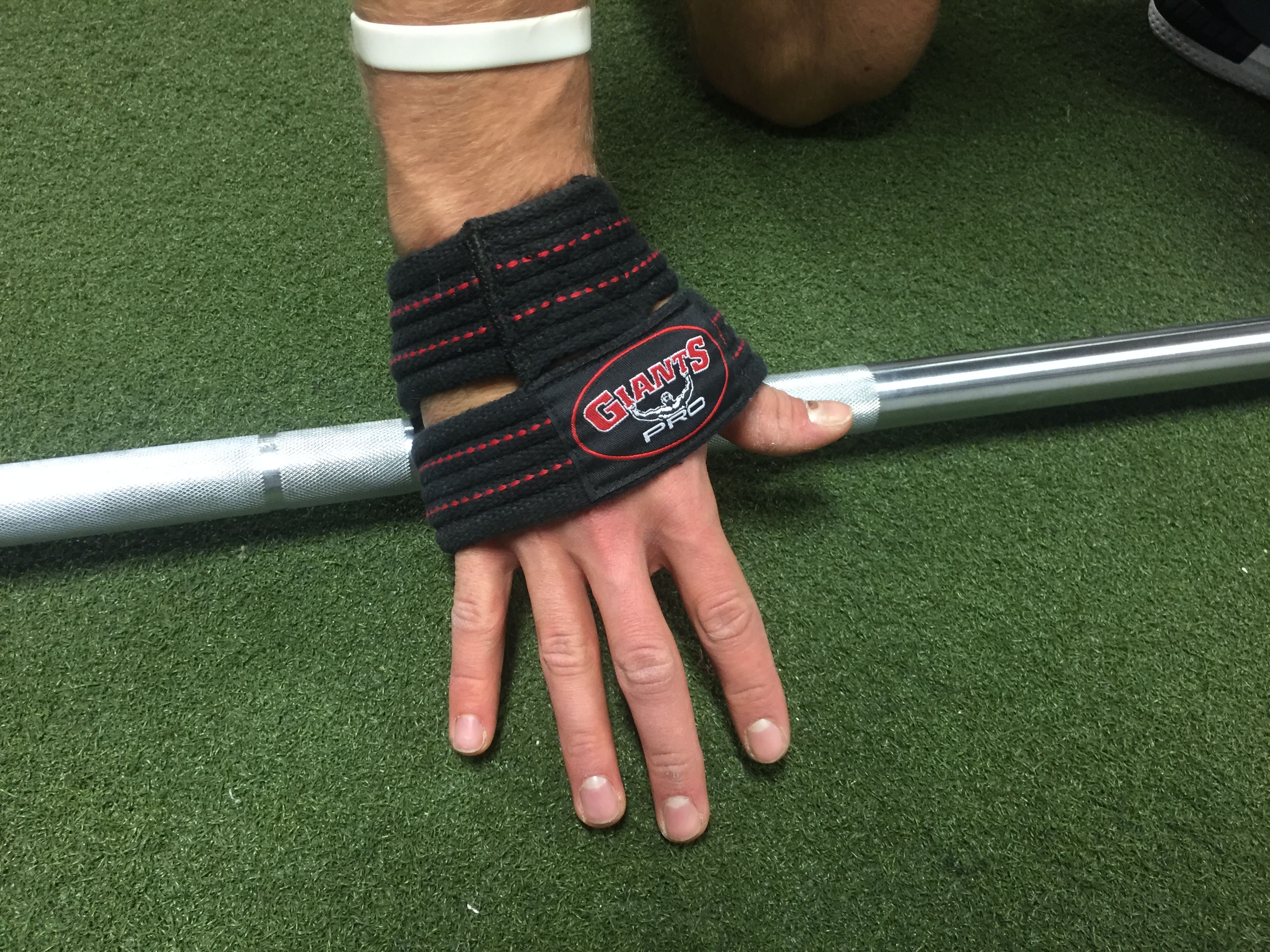 While they’re a heavier wrap, they move decently well and adjusted to the shape of my wrist. Some wraps take a while to break in; here, the cotton canvas strap design provided a comfortable feel after a few uses, which I liked. There was no sign of scuffing from the bar on the cotton either, which is a good sign that they can hold up to multiple types of knurling.

The heavy cotton canvas strap is thick, which was good when I started to get sweaty. Some straps made of leather or synthetic cloth begin to slide at a certain point of sweatiness. The Figure of 8’s thick canvas strap design absorbed the sweat and kept them in one place with no sign of slipping at all.

I chalked up when I began to get sweaty and the straps felt even more secure. Since the double looping is already holding the bar tight, added chalk prevented even the slightest possibility of having the bar spin in my hand. 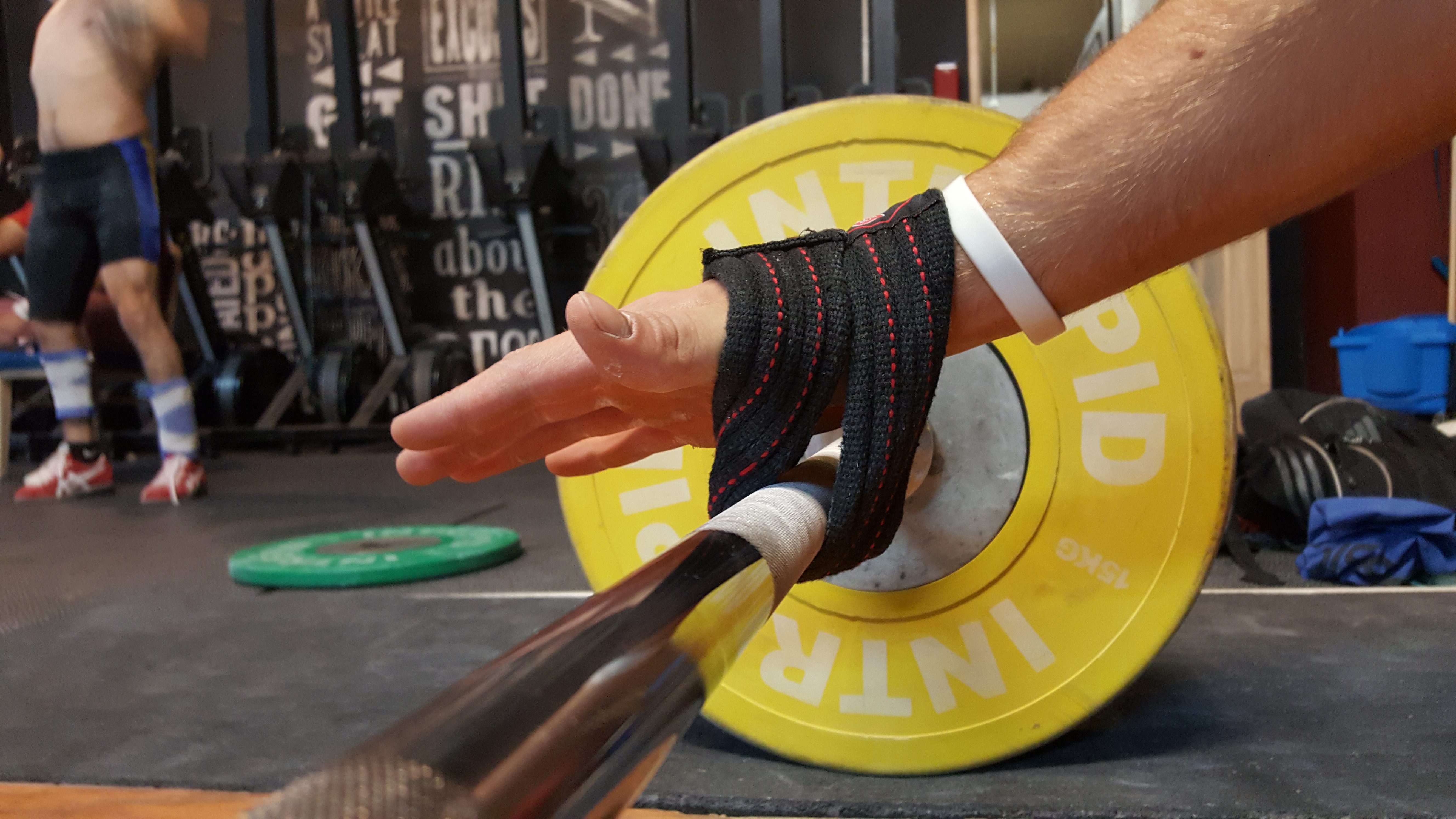 The Figure of 8’s come at a pretty steep price, which is 23.95 British pounds, or $29.96 in U.S. dollars. This can be a lot for straps, especially for the more casual lifters who want security, but don’t want to spend 30 dollars on a pair of lifting straps. The Giants Pro Figure of 8 straps are among the most expensive lifting straps on the market today.

Another issue can arise with how well they strap you onto the bar. I found it very intimidating to know that throughout my lifts I couldn’t let go and drop the weight — I’d have to lower my body and arms with the bar. This could be an issue for people doing maximal lifts that fail, as there’s no “good” way to dish the weight if you need to.

I could see this becoming an issue when someone is doing heavier movements and may experience a pain and need a quick release. Also, newer lifters may not have the experience to understand how to safely ditch the weight, especially if they’re strapped in with these. 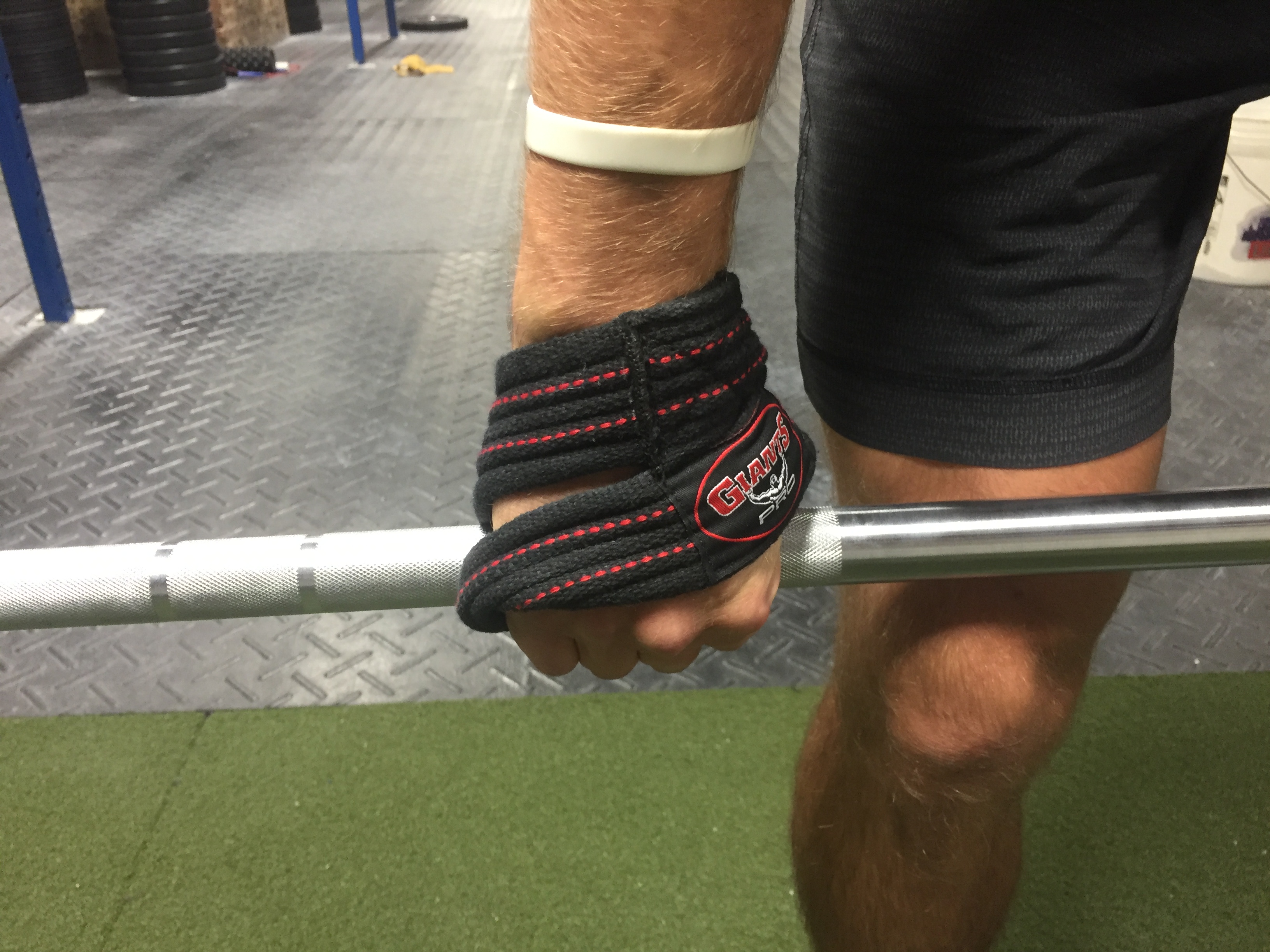 These straps are not ideal for doing any form of Olympic lifting/weightlifting. The bar remains so secure that it actually inhibits your power movements that require ample mobility. This wouldn’t be a good wrap for those who plan to use it with Olympic or power focused exercises. The double looping was pulling the bar out of my hand during the catch in a clean and snatch, which is problematic for maintaining proper Olympic mechanics.

They come in two sizes: large and extra large. I don’t have the biggest wrists, but the larges fit decently well. They were somewhat loose around my wrist until they broke in after an hour. Someone with smaller wrists may struggle finding the bar security these wraps really have to offer. Smaller wrists may also experience possible chafing from the strap looseness. I didn’t experience any, but my wrists are used to being frequently taped up. 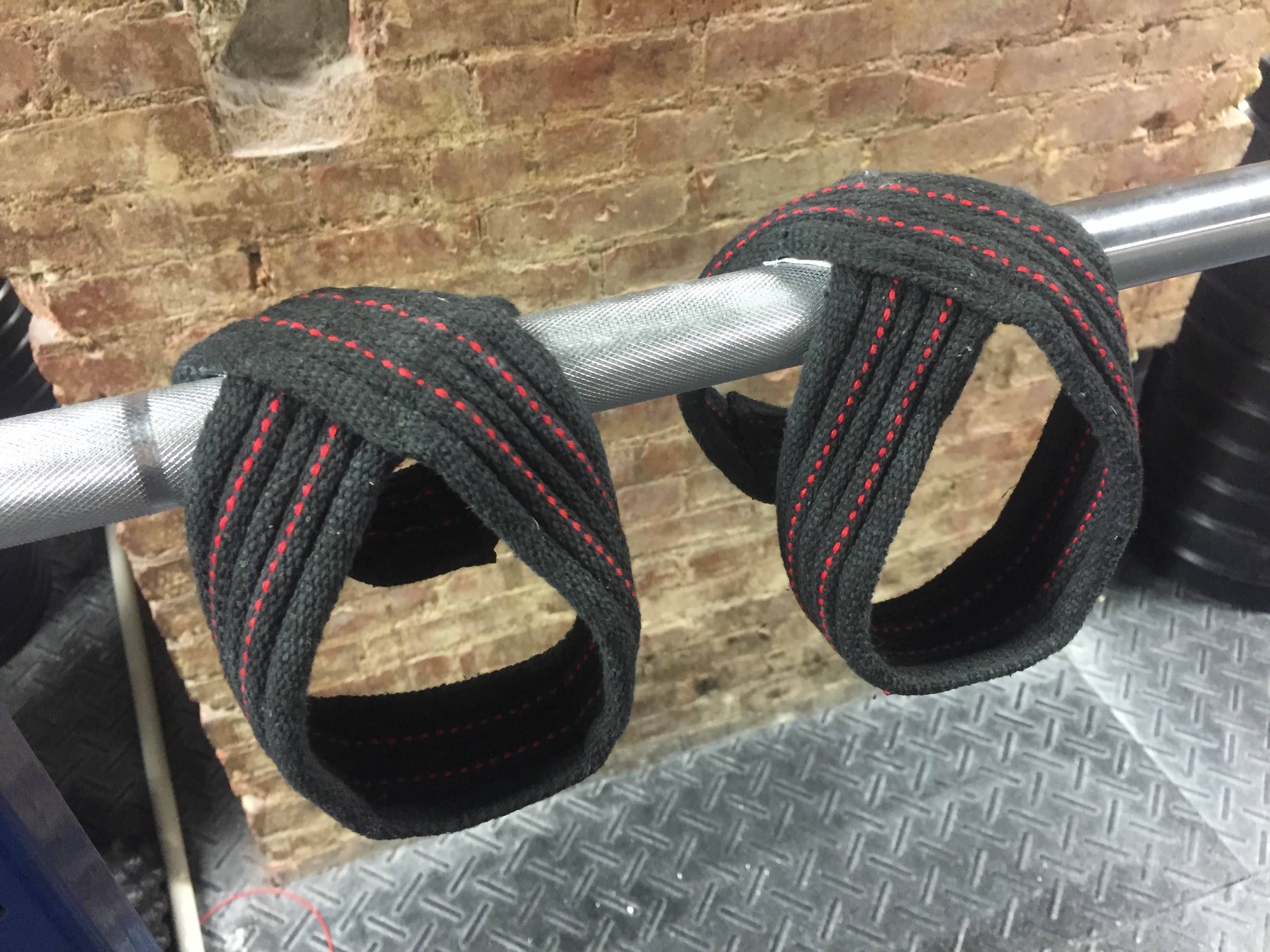 All in all, the Figure of 8’s are unlike any other strap on the market. If you’re looking for something that will bind you to a barbell throughout various lifts — but primarily heavy, heavy pulls — these are one of the most secure choices on the market. The bar will feel secure in your hands and give you the confidence you need in your grip strength. That said, they’re not very versatile, and they’re expressly designed for strongman-style deadlifting. If you’re looking for a strap that is easy on the wallet and is good for a variety of lifts, you might find the Figure of 8 model to be too limiting.

For someone who wants a strap for strictly deadlifting or other heavy movements that don’t require ample mobility, it would be worth giving the Giants Pro Figure of 8’s a try.