Should Individual Athletes Be Allowed to Go Team for The CrossFit Games?

A few days after week 1 of the 2016 CrossFit Regionals, athlete Sammy Wood took to Instagram to (graciously) thank the community, her coach, and supporters. She also announced that after failing to qualify as an individual (Wood finished 9th in the Pacific), she would be joining CrossFit Athletic’s team for the 2016 CrossFit Games.

And while the comments on Wood’s Instagram post were overwhelmingly supportive, some commenters on Reddit were quick to bemoan the rule that allows Individual athletes who DON’T make the Games to compete on a team, if their affiliate’s squad makes it the next stage:

Comment from discussion After failing to qualify at the Pacific Regionals, Sammy Wood confirms she is going to the CF games 2016 with Team Crossfit Athletic.

Sammy Wood’s situation doesn’t appear to be one in which an Individual athlete is “snatching” a spot from a Team competitor — the CrossFit Athletic team features a Masters athlete, Kylie Massi, who will probably be competing as an individual in Carson. By joining the Athletic team, Wood is a great competitor replacing another great competitor, giving the squad some needed fire power heading into July.

But while Wood’s announcement would probably seem commendable for most observers, similar situations can rub some the wrong way: Individuals failing to qualify and then joining Games-qualified teams from their affiliates is completely allowed. And there are some instances when it’s stirred controversy.

From Section 2.04 of the CrossFit Games Rulebook:

An example would be from 2015, when two California athletes — Lauren Fisher and Rasmus Wisbech Andersen — finished outside the top 5 and then joined the CrossFit Invictus team for the Games. No rules were broken, as both athletes registered for the Open through Invictus. But what seems controversial about the rule is that it allows athletes who helped a Team earn qualification to be bumped in favor of athletes who chose to give the season a go as individuals.

To some, that simply doesn’t sound fair. 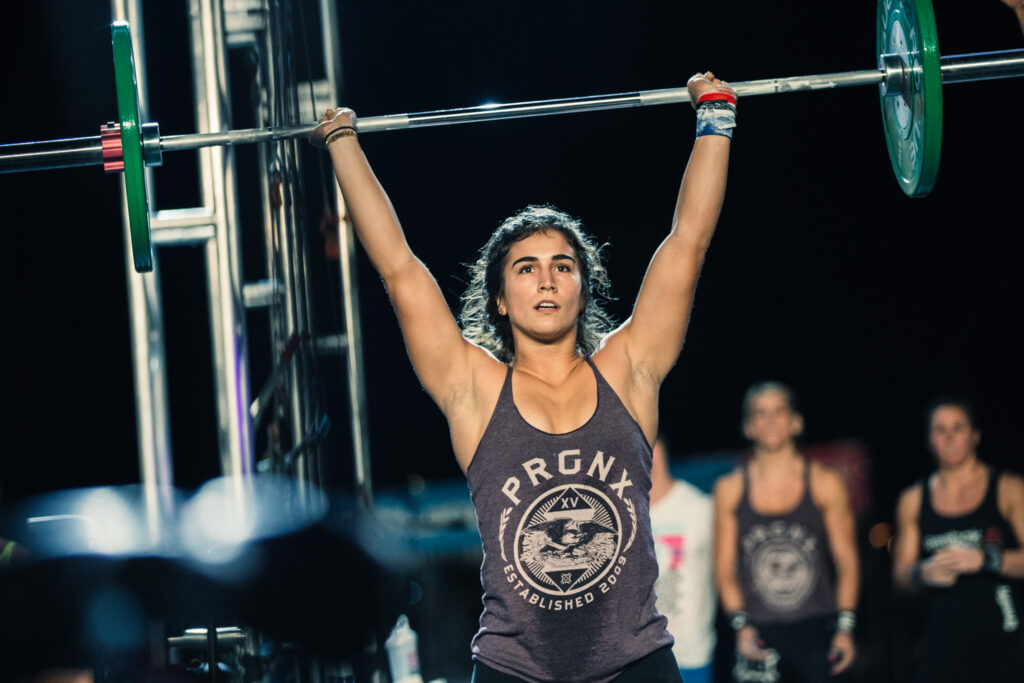 Ultimately, it’s up to the affiliates, team members, athletes, and coaches to make these tough calls. We don’t know or claim to know all the factors that went into the decision for Invictus or any other teams that have swapped rosters between Regionals and the Games. For all we know, athletes “bumped” may have welcomed the swaps because they bettered the Team’s chances in Carson.

Often times, these Individual competitors — many just missing out on their own qualification — may bring a lot more skill, strength, and fitness to a team, and that’s a tough carrot to ignore for any coach hoping to bring together the best roster possible.

And that’s at least one reason why the rule may seem so controversial. With (what seems like) a relatively simple change to the Rulebook, CrossFit could prohibit Individual Regional competitors from joining Team lineups in the months before the Games — and that would likely end the controversy of “stealing spots” in its tracks. Yet letting them swap in also allows more big names to compete during the year’s prime event.

For qualified Teams, it’s a balance of ability, fairness, and tough choices. CrossFit HQ has a similar set of variables to consider — in addition to the growth of the sport and exposure for its hallmark athletes.

So what do you think? Should the Games change their rulebook to prohibit Individual Regionals competitors from joining Games Teams? Or should they keep the status quo? Let us know in the comments below.