Though we’ve known about their provisional suspensions since earlier this summer, earlier today the International Olympic Committee officially announced the disqualification of five weightlifters from the 2008 Beijing Olympics. Three of the weightlifters originally won medals in Beijing, and the statement from the IOC specifies that all medals and pins received from the competition must be returned. As per the IOC’s request, the athlete’s national Olympic committee will be responsible for collecting and returning the items. 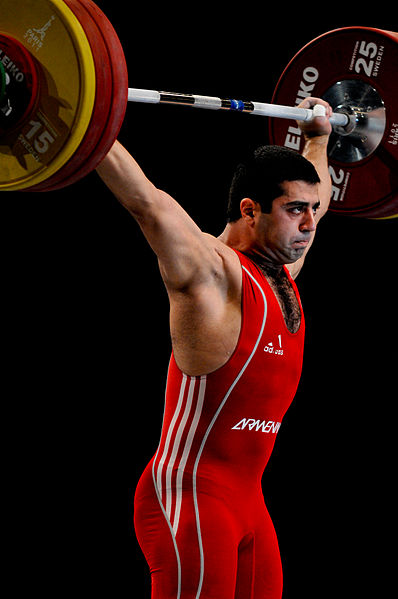 The IOC’s announcement also includes stipulations regarding how prizes must be returned to the IOC and puts responsibility on each athlete’s National Olympic Committee. For example, the following was listed in regard to the return of Evstyukhina’s disqualification.

I. The Athlete, Nadezda EVSTYUKHINA:

i. is found to have committed an anti-doping rule violation pursuant to the IOC Anti-Doping Rules applicable to the Games of the XXIX Olympiad in Beijing in 2008 (presence and/or use, of a Prohibited Substance or its Metabolites or Markers in an athlete’s bodily specimen),

ii. is disqualified from the Women’s 75kg weightlifting event in which she participated upon the occasion of the Olympic Games Beijing 2008, and

iii. has the medal, the medallist pin and the diploma obtained in the 75kg weightlifting event withdrawn, and is ordered to return these.

II. The IWF is requested to modify the results of the above-mentioned event accordingly and to consider any further action within its own competence.

III. The Russian Olympic Committee shall ensure full implementation of this decision.

IV. The Russian Olympic Committee shall notably secure the return to the IOC, as soon as possible, of the medal, the medallist pin and the diploma awarded in connection with the Women’s 75kg weightlifting event to the Athlete.

No statement has yet been made regarding the 15 weightlifters implicated in a second round of doping retests announced earlier this month. If their positive doping results are upheld, though, it’s likely they’ll face the same penalties as the five lifters disqualified today.