What You Need to Know About Kettlebell Sport, Part 1

Kettlebell Sport has been gaining popularity in the States, but competitions involving the kettlebell snatch, press, and the clean & jerk have been around for the better part of 70 years.

Kettlebells, or giriya, as they are called in (their) mother Russia, have existed since the early 1700’s — or much longer, if you ask the Greeks.  Designed as counterweights for markets in rural Russia (according to some), it wasn’t long until the market workers and farmers started using them as a way to display their strength. 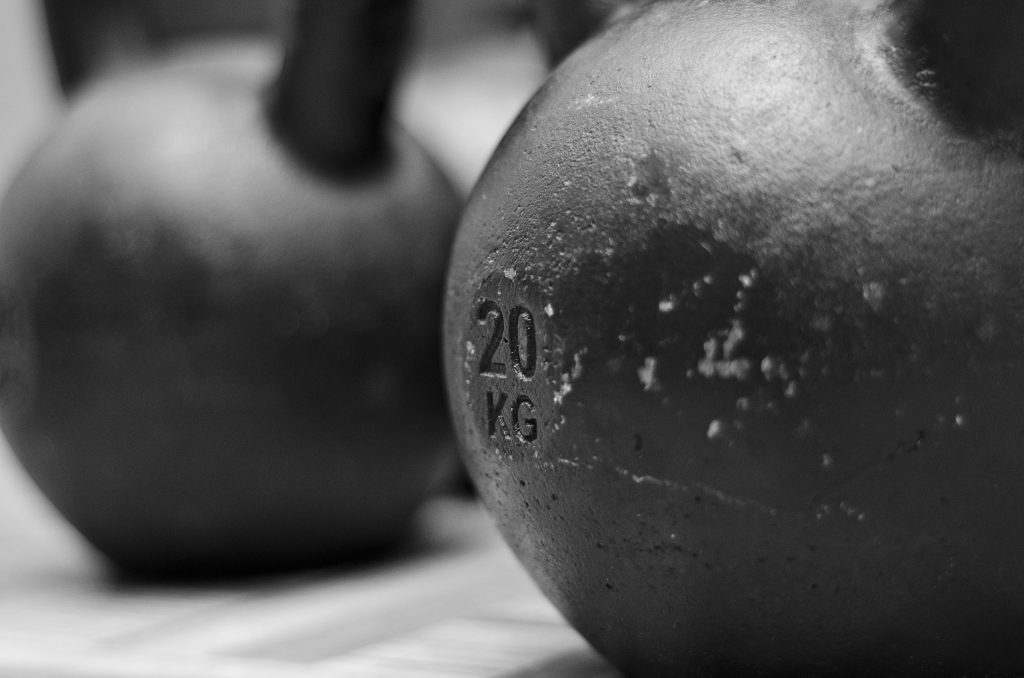 Evidently, I’m not the only one who oohs and aahs at feats of strength. The entertainment value of  kettlebell swinging, juggling, and pressing made it easy for these counterweights to find their way to carnivals,  fairs, and circuses, where their influence can still be felt. At a recent visit to Cirque du Soleil, one of my favorite acts was the Russian Cradle. It consisted of  a strongman-type athlete, swinging and “juggling” a petite gymnast, as if she were a 3 pood kettlebell.

Just as the circus acts have evolved, so too has the use of kettlebells as an instrument for fitness. According to the International Union of Kettlebell Lifting, the IUKL, it was at the 1948 All-Soviet Union Competition of Strongman in Moscow that kettlebell lifting not only became a sport, but was also declared the National Sport. Kettlebell athletes at the competition performed both the long jerk, a two-kettlebell clean & jerk event, and the biathlon, single-arm jerks, followed by single-arm snatches.

As Kettlebell Sport competitions became more popular, different States made up their own rules pertaining to weights, kettlebell shapes, and competition events. In an effort to solidify the sport’s national impact, The Official Kettlebell Commission was created in 1981. It would be another four years until comprehensive rules were enforced, this time at the first USSR Championship in Lipetsk, Russia.

The “modern” incarnation of the sport was inaugurated in 1988, at the First Cup of Girevoy Sport, where both the long cycle event and the ten-minute time limit were introduced. By 1992 the International Girya Sport Federation was founded, and Russia hosted the First World Kettlebell Lifting Championship in 1993.

It took another six years for women to be allowed to compete in the championships, and it wasn’t until the dawn of the 21st Century that women were included in the snatch competition at the Russian National Championship.

Here are some things you can expect to see at most kettlebell sport competitions nowadays. As with most things relating to kettlebell sport, almost every rule has exceptions.

So let’s break these down a little.

Athletes start by picking up the kettlebell from the floor, and performing a back swing  into a snatch overhead. The athlete must show fixation, before lowering the bell into another back swing, and snatch.

Men and women compete with one kettlebell, at a weight of their choosing. They must switch hands once during a 10 minute event.

The Long Cycle consists of 10 minutes of the Clean & Jerk.

Although there are deviations in shape within brands, all competition kettlebells have the following measurements:

Kettlebell weights are identifiable by the following colors. I know a lot of athletes that refer to the kettlebells by color, rather than weight.

There are a few things most people agree on when it comes to fixation, but in the end, it is up to the judges at competition.  In short, the athlete must show total control over both the kettlebell and their body, while locked in the overhead position.Here are some other points to consider:

Weight and Age Categories can vary by federation, but it is not unusual to see athletes as young as 8 years old as often as those well into their seventies.

A video posted by Fredrik Norström (@thatswedishkettlebelldude) on Dec 10, 2016 at 9:29pm PST

Ranks in the Sport are achieved by performing a minimum amount of reps, at a certain kettlebell weight, during a 10 minute set. Athletes must achieve the lower rank, before being eligible to compete for the rank above it. As you can see at the AKA / IUKL ranking tables, your weight at time of competition is also factored in to determine the number of repetitions needed to achieve a certain rank.

Kettlebell Sport is rhythmically repetitive, not unlike techno dance music. The genre is played often, and loud at meets. If your musical preferences lie elsewhere, and you plan on competing or spectating, it may be time to order some  noise cancelling headphones.

Want to know more? Tune in in the coming weeks to learn more about how Kettlebell Sport strikes the perfect balance between strength and endurance, why efficiency leads to athlete longevity in the sport, and tips on how to get started training.