Building a strong, healthy squat takes time, often more than many lifters think. While some lifters are blessed with beautiful limb lengths and levers, many of us are left to work through old injuries, joint and connective tissue , and poor motor patterning during our squat training. Below, I’ve built a squat stretch routine — including my favorite exercises to prepare for squats. 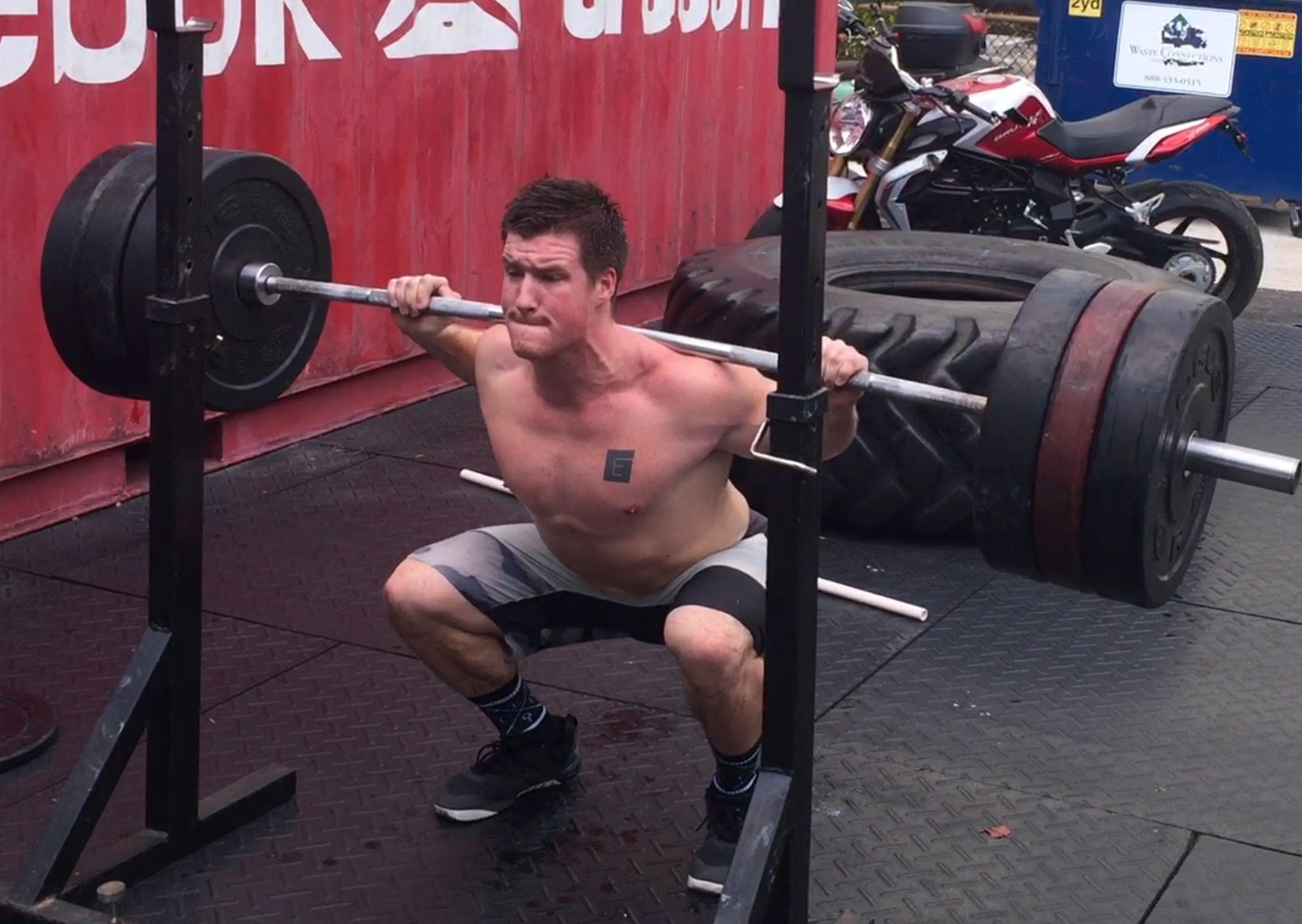 When an athlete finally decides to address their squat issues, it is often met with researching the web with either (1) the same stereotypical stretches and movements to get better, or (2) a million and one different options to choose from.

Both of which can leave a lifter and coach frustrated as to what is the most time efficient and results driven methods that can be incorporated for all levels of lifters on a regular basis.

Therefore, I have compiled a sample squat warm-up/prep series that has not only helped me turn my high bar/low bar fusion squat into an upright and strong high bar, but also has helped my weightlifting athletes (recreational lifters,college athletes, national lifters and fitness clients (young, old, beginner, you name it) prepare for training and strength progressions.

The Squat Stretch and Warmup Plan

Take 15-20 minutes on squat training days (or on active rest/recovery days) to improve your flexibility, pattern proper joint mechanics, and prepare your neurological system to squat.

The below series can be done following a general 3-5 minute movement piece (bike, row, jog, jump rope, etc) to elevate the heart rate and supply generous amounts of blood flow to the muscle tissues. The athlete should have a slight sweat starting at the onset of the below series.

Complete two sets of each exercise.

From there you can transition into some light eccentric bracing squats as you build to your work sets.

Many athletes and coaches go back and forth about the benefits and consequences of static stretching before training. The idea that this could desensitize and weaken rates and force of muscle contraction is present, however since we are performing this to light end ranges and very far in advance to the actual squat session, many of the potential detrimental effects are blunted. With athletes who clearly have movement and flexibility issues, this is a necessity. The perceived increase in control and range of motion may also enable the lifter to feel more comfortable through the squat session.

During this routine, stretches can he held for 20-30 seconds, with emphasis on not over stretching but rather light tension and exploring that day’s limitations and discomfort. In the case their is an issue with discomfort, the lifter can take more time to attend to that area via foam rolling other release techniques.

Asymmetrical tracking of the pelvis (either laterally or front and back) can be a detriment to squat health and performance. Furthermore, lack of bracing and core control (obliques specifically) results in hip shifting issues during the squat pattern.

In the above video, the band is placed around the torso, however this can also be done around the hips as well. This banded movement helps to reprogram the squat patterning, allowing athletes to feel how they should properly brace, stabilized, and actively pull their hips down into the squat.

The glutes play an important role in stabilizing the hips during squats, and in turn they aid in overall knee stabilization and tracking.

The glute series can be performed for slow controlled banded sets, or also without any bands, as long as the lifter focuses on contracting the glutes throughout the movement.

Using sissy squats (can also combine with banded squat + holds from above) you work to isolate the quads and vastus medialus oblique (VMO), both needed for a strong and safe squat.

Too often, weaker lifters (or lifters who are more hip dominant) fail to extend the knee joint at the same rate as hip Extension, causing the torso to be too far forward as they try to come up from the squat, leading to missed reps and excessive loading on the lumbar spine. By using this drill, you activate the squat patterning and synchronize hip and  knee extension on the accent.

Before squat sessions, lifters can perform eccentric squats (slow, controlled 3-5 seconds lowering into the squat) while simultaneously bracing with the abdominal, obliques, and lower back. In the video below, the lifter is using eccentric squats as a squat variation (10 second eccentric), however using them as a lighter preparatory movement is done in the same exact way.

By prepping the core and pelvis to function together under light loads and low velocities, you can enhance movement coordination and awareness necessary for higher intensity/volume training.

I have found all of these movements to offer a significant benefit for lifters of all levels, either combined in a series or used on an individual corrective/warm up exercise basis. Coaches and athletes can manipulate these to provide even greater individualization for athletes and groups as well, however should still keep in mind the intended usages of each.