When You Should Withdraw From Your Powerlifting Meet

Not competing doesn't make you a loser.

You’re training for your upcoming powerlifting contest, and something happens: an illness, an injury, or an unexpected life event which impacts your training. And now, you’re stuck facing that dreaded, miserable question: “Do I go through with my upcoming meet?”

As competitive athletes, we pride ourselves on our mettle and our discipline. Even the thought of withdrawing from an upcoming competition cuts against many of our values. We are not quitters. Period.

But, there is a fine line between being a quitter, and being smart. Between ego and discipline. Between being cowardly and being strategic. Although we want to forgo throwing in the towel too readily, we also want to ensure that we don’t let a juvenile sense of pride dictate our actions and lead us to do something we’ll come to later regret.

There is no easy answer to the question of whether you should withdraw from an upcoming competition, and ultimately, we as lifters have to take responsibility for our own decisions. There are, however, several possible considerations that we all may wish to think about, in order to reach a decision on the question of whether to withdraw.

What do you hope to gain out of your upcoming competition? Experience? A spot on the podium? A state record? Qualification for nationals?

As a lifter, you won’t necessarily have something on the line for every meet, especially if you are a new lifter. If you are reasonably new to competitive powerlifting, then perhaps your only goal for the upcoming meet is to hit some personal records. Consequently, if you have already competed once or twice at a local level and are headed into a third local meet with the only goal of hitting some PRs, then barring any other considerations, you likely don’t have much on the line and may be doing a disservice to yourself by going through with the competition despite a derailed training cycle, because it may mean not only missing PR attempts but also the negative impact that such failed attempts can have on your subsequent training cycle. These failed attempts can have a lingering impact on your training baselines as well as your mental game post meet.

By contrast, if you are a very strong lifter who does not need to hit PRs in order to be able to qualify for nationals or take a podium spot at a regional level event, then you’ve got more on the line and might be more inclined to push through and compete, even if you won’t be performing at your all time best.

2. Is This Your First Competition?

This one’s a bit tricky. On the one hand, if you have never competed before, you may be less inclined to go through with an upcoming competition in the event that something has negatively impacted your training leading up to game day. After all, unless you’re the next John Haack, you probably don’t have a huge likelihood of putting up jaw dropping numbers in your debut contest, which means that your first competition is really about getting experience and having some fun. And, what fun is it to come into your first meet and have a disappointing performance?

On the other hand, perspective and introspection is important. First, you need to remember that every single successful lift in your first competition is a meet PR, and ultimately, it’s meet PRs that we care about. While gym PRs are nice, they’re not as telling as a lift done in competition, in front of judges, with commands, on calibrated equipment, where you have to lift according to the meet’s fast-paced schedule rather than your own. Therefore, if you’re a first-time competitor, you may still want to do your meet even if it means that you might not hit your gym PRs.

Second, stepping onto the platform is intimidating, at the very least because you’ll be lifting in front of an audience. Here, introspection is necessary, particularly if you are staring down your first competition. Are you thinking of withdrawing because something really happened in your training, or in your heart of hearts, is there just a fear that you need to face and overcome?

[Learn more: Why Every Rookie Powerlifter Needs a Handler for Their First Meet.]

The answer to this question will probably be clearer to more experienced athletes, but if you’re reasonably new to competition, then it’s important to recognize the distinction between being hurt and being injured. Think of it this way: every football player is hurting after a game, but only some (and often none) are injured.

We need to be able to assess the difference between pain or discomfort versus actual injuries like certain types of ruptures, tears, or hernias.

Training cycles can play games with an athlete’s mind. There are points during a volume block that will leave a lifter feeling exhausted, and times during a strength phase that will make a lifter feel weak. It’s hard to imagine for many athletes in those moments of discomfort that they’ll be feeling their best on game day, but such athletes will need to trust that despite the hurt of hypertrophy, they will be feeling great after their peak phase.

An actual injury is different, and should properly be diagnosed by a medical professional.

[From a record holding powerlifter: 3 Things I Learned Getting Injured in Meet Prep.]

Did you have a virus, like a head cold? If so, you’re probably fine to compete so long as you kept up your training, which you hopefully did (but for, perhaps, a couple extra rest days, depending on how far out you were from game day).

Many athletes will be pretty deep into their strength blocks once they’re four weeks out. A good strength block will not only train the athlete’s strength, but will also function to acclimate the lifter’s body to withstanding heavier weights. The problem with a disruption to an athlete’s training only four weeks out is that, although the athlete might regain their strength fairly quickly, they may have still missed important training sessions designed to acclimate their body to heavier loads. And, in order to reduce the risk of injury, it is important that a powerlifter not only be able to generate enough force to lift max weights, but also that they accustom their body to heavy loads in order to be able to withstand the forces that max weights place on the body.

Returning competitors who have the singular goal of hitting PRs on the platform, then, might strongly consider withdrawing from a competition and look to enter a later one if their training was sufficiently disrupted only a few weeks prior to game day. By contrast, lifters who can achieve their contest goals without needing to hit PRs may be more inclined to stay the course.

Note: Always speak with your physician if you have injury concerns leading up to a meet.

It’s sometimes difficult to think of powerlifting as a marathon, but the reality is that smart training and good decisions can lead to a very long powerlifting career. It is important to work hard and push oneself, but it is also important to be intelligent about one’s training and competition decisions in order to minimize the risk of injuries and other things that can cause more severe setbacks.

It’s therefore key to think not only about one’s goals for an upcoming meet, but also one’s long-term trajectory. Attempting a PR carries certain risks, but those risks can be dramatically minimized if one is ready. A lifter needs to ask himself if he’s aiming for a PR on game day, what it means to be ready to make such an attempt, if he’ll be ready, and if not, what are the potential consequences. And, being ready is not necessarily some amorphous concept. Being ready can mean that a planned PR would be a natural progression for a lifter, barring any factors significantly hampering their training.

If You Do Withdraw…

If you do decide that you are going to withdraw from your upcoming competition, then there are a few things to keep in mind. First, let the meet director know as soon as possible. Many contests have a waiting list of athletes who would love your spot, and the sooner you inform the meet director, the more likely there will still be another athlete who will remain interested in taking your place.

Second, if you withdraw from a competition, do not expect a refund of your entry fee. In fact, many contests explicitly state that your entry fees are nonrefundable and that you will forfeit your fee if you do not participate. Some consider it poor etiquette to even ask about the possibility of a refund. In the event that a meet director offers to give you monetary credit to put toward a future meet, particularly in instances where the registration instructions state that fees are nonrefundable, note that such a decision is discretionary and warrants a hearty thank you to the meet director for his or her good will.

Third, immediately start planning your next steps as a competitive athlete. Withdrawing from a meet is a tough decision, and can certainly be disheartening. It’s important to get back onto the proverbial horse, and regain momentum as quickly as possible.

Life is imperfect, and unforeseeable things happen. Sometimes our plans get pretty badly derailed as a result. When it comes to stepping onto the platform, we each need to soberly assess the challenges we face, and figure out how to overcome them. If the adversity is fear or mere weakness, then we need to plow ahead, and we’ll be stronger for it. If the adversity is something else such as a real injury, then perhaps it’s best to take one step back in order to in turn take two steps forward. Either way, it’s important to remember that this is all just part of being a powerlifter. 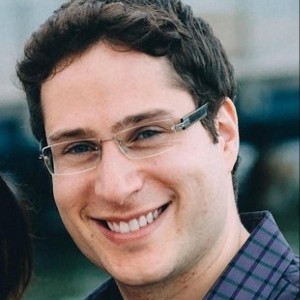 Daniel Braun, J.D., LL.M., is an attorney and adjunct professor in New York City, as well as a certified USAPL coach and a bronze medal-winning competitive powerlifter in the USAPL.Prior to powerlifting, Daniel obtained his Black Belt in Okinawan Shito-Ryu Karate and trained in the U.S., Canada, and Belgium.Daniel played years of competitive ice hockey growing up, and earned a tennis instructor certification from the Coaches Association of Ontario. Over the years, he has written numerous legal and non-legal articles, publishing them in scholarly (peer reviewed) and non-scholarly outlets alike. Daniel is coached in powerlifting by Jason Manenkoff of Iron Arena, and trains with his wife, Lauren. The views that Daniel expresses in his articles are solely his own personal opinions.

Fergus Crawley: A Hybrid Athlete For a Greater Cause