While this sounds like your grandma’s folksy remedy for a kickass workout, baking soda (also known as sodium bicarbonate) might actually have application for strength sports, especially metcons, HIIT, and other workouts that require serious anaerobic output.

Editor’s note: The content on BarBend is meant to be informative in nature, but it should not be taken as medical advice. The opinions and articles on this site are not intended for use as diagnosis, prevention, and/or treatment of health problems. It’s always best to talk to your medical professional before beginning any new nutritional or exercise regimen, especially if you suffer from hypertension and are limiting sodium intake. 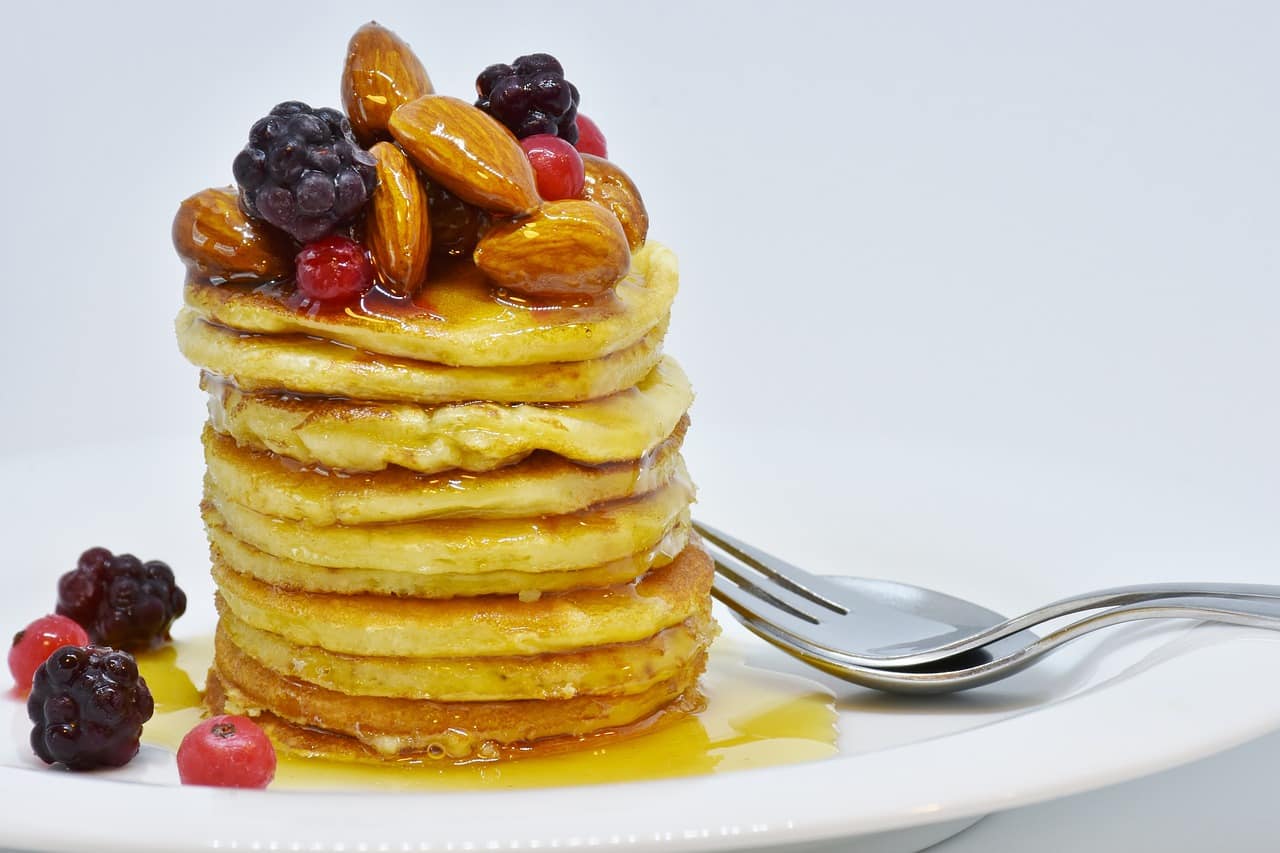 Dirt cheap and dope in pancakes, The American College of Sports Medicine describe sodium bicarbonate as one of the leading ergogenic aids and that has a lot to do with the fact that it acts as a buffer: it neutralizes acid.

During high intensity exercise, metabolic byproducts like lactate and hydrogen form in the muscle cells and are the primary contributors to that burning sensation (metabolic acidosis) you feel in your muscles. (Research is still a little inconclusive and they may not be the only cause of burning muscles, but it appears they probably have a lot to do with it.)

Some of these byproducts can linger in the muscles and make for a more acidic environment, which can contribute to fatigue. Baking soda seems to help flush them from the muscle tissue and make a more alkaline environment, helping you to perform better for longer.

See, bicarbonate is found on grocery shelves but also inside the body. It’s produced by the kidneys and the intestinal tract and it helps eliminate hydrogen ions and reduce acidity in the blood. Take some as a supplement and an hour later you can expect to find more of it in the blood, so you’re less acidic during your WOD.

The sweet spot is high intensity intervals: a number of studies have found ingesting baking soda can improve anaerobic capacity along with power output and, to a lesser extent, aerobic capacity. Some of the best known research has shown sprinters improving power, tennis players and boxers improving both accuracy and endurance, and swimmers increasing endurance. (1)(2)(3) There’s not a ton of evidence that it works for strength training right now, but we haven’t been examining the possibility much, either.(4)(5)

Just when you thought this was the weirdest supplement advice you’d hear, it turns out you may be able to further improve the benefits by combining the baking soda with creatine.

Now, along with the aesthetically pleasing hypertrophic effects creatine is well known as a supplement for improving power output.

Combining it with baking soda (preferably with beakers and test tubes while cackling through a thunderstorm) could potentially result in a potent concoction for peak power and endurance.

That’s may not just be because you’re taking one supp for power and one supp for endurance; the two appear to act synergistically. A double blind 2013 study published in the Journal of Strength & Conditioning Research found that after two days of supplementing, the increase in peak power among sprinters was almost twice as high among those combining the two supplements when compared with the creatine group. (7 percent versus 4 percent.)(6)

Combining creatine and sodium bicarbonate supplementation increased peak and mean power and had the greatest attenuation of decline in relative peak power over the 6 repeated sprints.

In other words, better performance in high intensity, intermittent exercise.

Earlier research found combining the two was better for improved swimming performance but the authors didn’t compare one or the other alone, and a study performed in 2015 found there was “no meaningful additive effect” of combining the two.(7)(8) So this isn’t ironclad, but there doesn’t seem to be a reason to avoid combining them.

Baking Soda Dosage for Athletes (What About Indigestion?)

Most of the studies use around 200 to 500 milligrams of sodium bicarbonate per kilogram of bodyweight. The higher dose might be more effective, but it’s a lot more likely to product digestive issues. What to do?

First off, some studies have found that consuming 300 milligrams per kilo as much as 2.5 hours before exercise still improved performance, so you may not need to shotgun bicarb and immediately start your thrusters.(9) More often, it’s recommended to have two to three hundred milligrams an hour pre workout.

There’s also the possibility of loading. Data is a little less concrete than acute supplementation, but some research has found that for a few days beforehand, taking 300 to 500 milligrams per kilo over the course of the day still resulted in better endurance than folks not supplementing. (Those studies were on cyclists and triathletes, and they didn’t take any baking soda on the day their performance was tested to ensure they were benefitting from the chronic supplementation.)(10)(11) 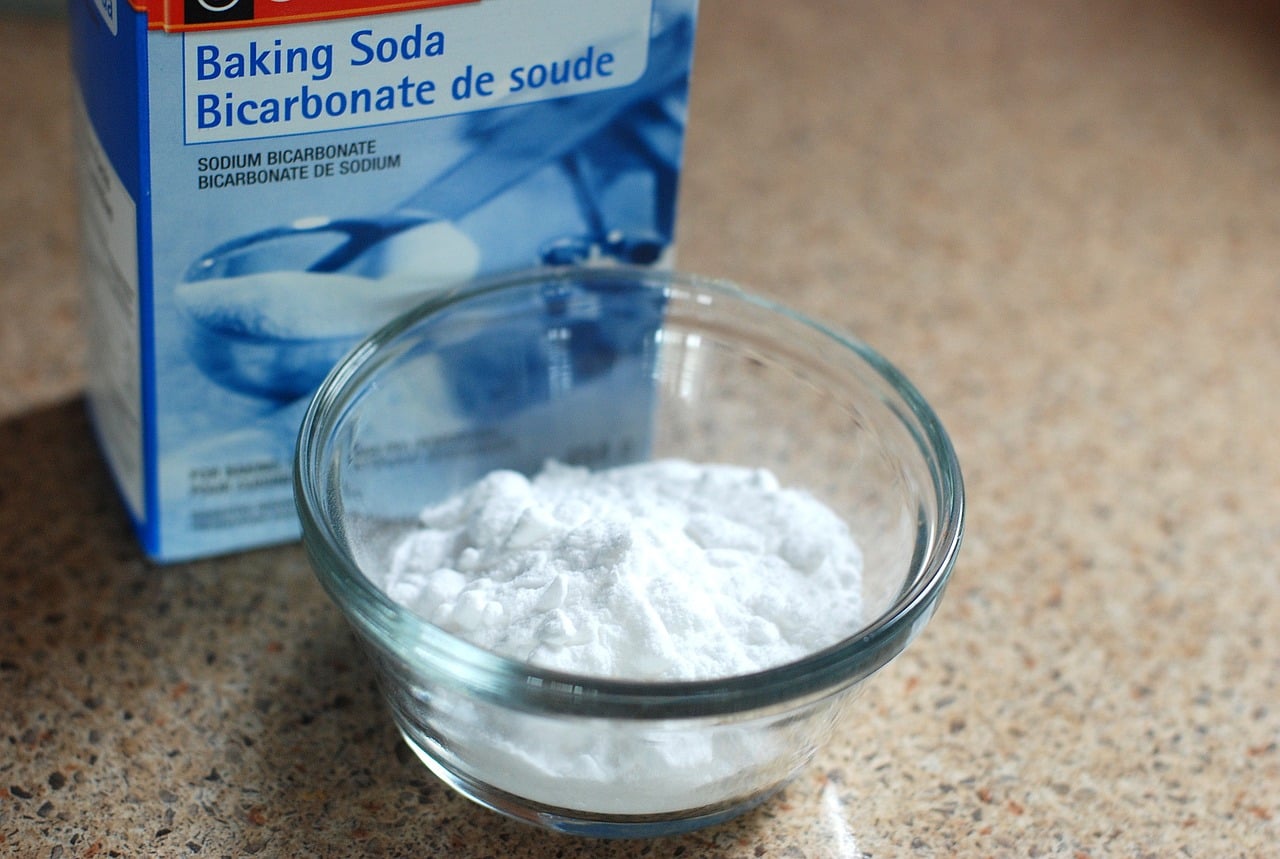 Baking soda is a kind of sodium so you may want to be careful with the stuff if you’re hypertensive, but besides that the main potential issue with this very old school supplement is indigestion. That’s why it’s a good idea, if you’re going to try this out, to start with lower doses and work your way up to the 200mg/kg mark, which is generally seen as the minimum for performance. Happy fizzing!