The Surprising Benefits of Salt for Strength Athletes

Sodium is a lot more useful for strength and performance than you’ve been told.

If you’re a fan of strongman, you might have seen Brian Shaw pouring many, many times the recommended daily intake of salt into his burgers. Or maybe you’ve seen strength coach Jason Ferruggia swearing that salty pickles are his secret weapon for performance. Or perhaps you’ve heard Stan Efferding, nutrition coach for World’s Strongest Man Hafthor Bjornsson, calling sodium one of the most necessary and effective performance enhancers on Earth.

If you’ve heard statements like that, there’s a good chance you’re confused by nutritionists the world over calling sodium a one way ticket to an early grave. Today, we want to explain why it could be the missing component in an athlete’s nutrition plan.

Editor’s note: The content on BarBend is meant to be informative in nature, but it should not be taken as medical advice. The opinions and articles on this site are not intended for use as diagnosis, prevention, and/or treatment of health problems. It’s always best to talk to a medical professional before undertaking any new diet or training regimen, especially if you have a preexisting condition. A high sodium intake may not be feasible, healthy, or safe for everybody. 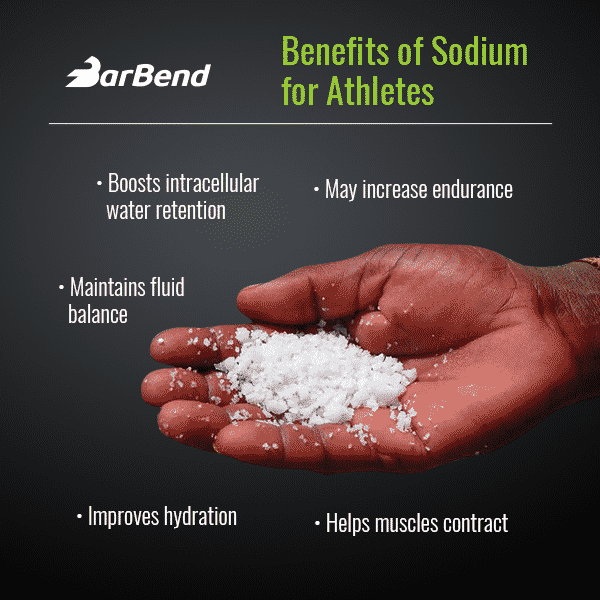 What Is Sodium, Anyway?

Salt is an electrolyte, putting it in the same group as potassium, magnesium, calcium, and phosphate. Electrolytes create electrically charged ions when dissolved in the body’s fluids (hence “electro”-lytes) and a big job for sodium and potassium is maintaining the right balance of fluids inside and outside of your cells. In other words, they help make sure your cells don’t shrivel like raisins or blow up like balloons.

Electrolytes have a few other jobs as well, like maintaining the proper pH of your blood, but an important thing to note is that when we perspire, sweat takes electrolytes with it on its way out of your pores. How much you lose can vary, but generally speaking you can lose between half a liter to four liters of sweat per hour during a workout and a liter of sweat has roughly 900 milligrams of sodium, 200 milligrams of potassium, 15 milligrams of calcium and 13 milligrams of magnesium.

In short, you lose way more sodium when you sweat than any other electrolyte. That’s why it’s fair to say that sweaty athletes need to focus on replenishing sodium more than the others, particularly since if you’re eating plenty of fruits, vegetables, and whole foods, you probably don’t need to worry about supplementing the other ones.

What Are the Benefits of Sodium for Athletes?

Maintaining fluid balance is of enormous importance for athletes because those electrical charges help to activate muscle tissue and neurons. But if you ask Stan Efferding, who isn’t just the nutrition coach for Hafthor Bjornsson and Brian Shaw but also a world record holding powerlifter and bodybuilder, it’s important for a lot more.

“Your blood thickens when it’s dehydrated, so not only does your blood carry less oxygen, you have a harder time filtering blood through your kidneys,” Efferding told BarBend. “Salt helps to increase blood volume so you have a better cardiovascular system, better stamina, better endurance, and better recovery from training.”

A lot of research agrees. Spanish researchers found that triathletes supplementing with salt-laced water finished a medium-distance race 26 minutes faster than a control group and a more recent randomized, double blind study of endurance runners, published in PLoS One, found that “maximal performance was enhanced significantly” by supplementing with sodium.

Then again, a 2015 study co-written by Dr. Ted Weiss found it had no effect, with Weiss noting in an interview, “Just because something makes you run faster doesn’t mean it’s healthy. Cocaine does that too, but that doesn’t mean it’s good for you.”

[Cover your nutrition bases with our picks for the best men’s multivitamins!] 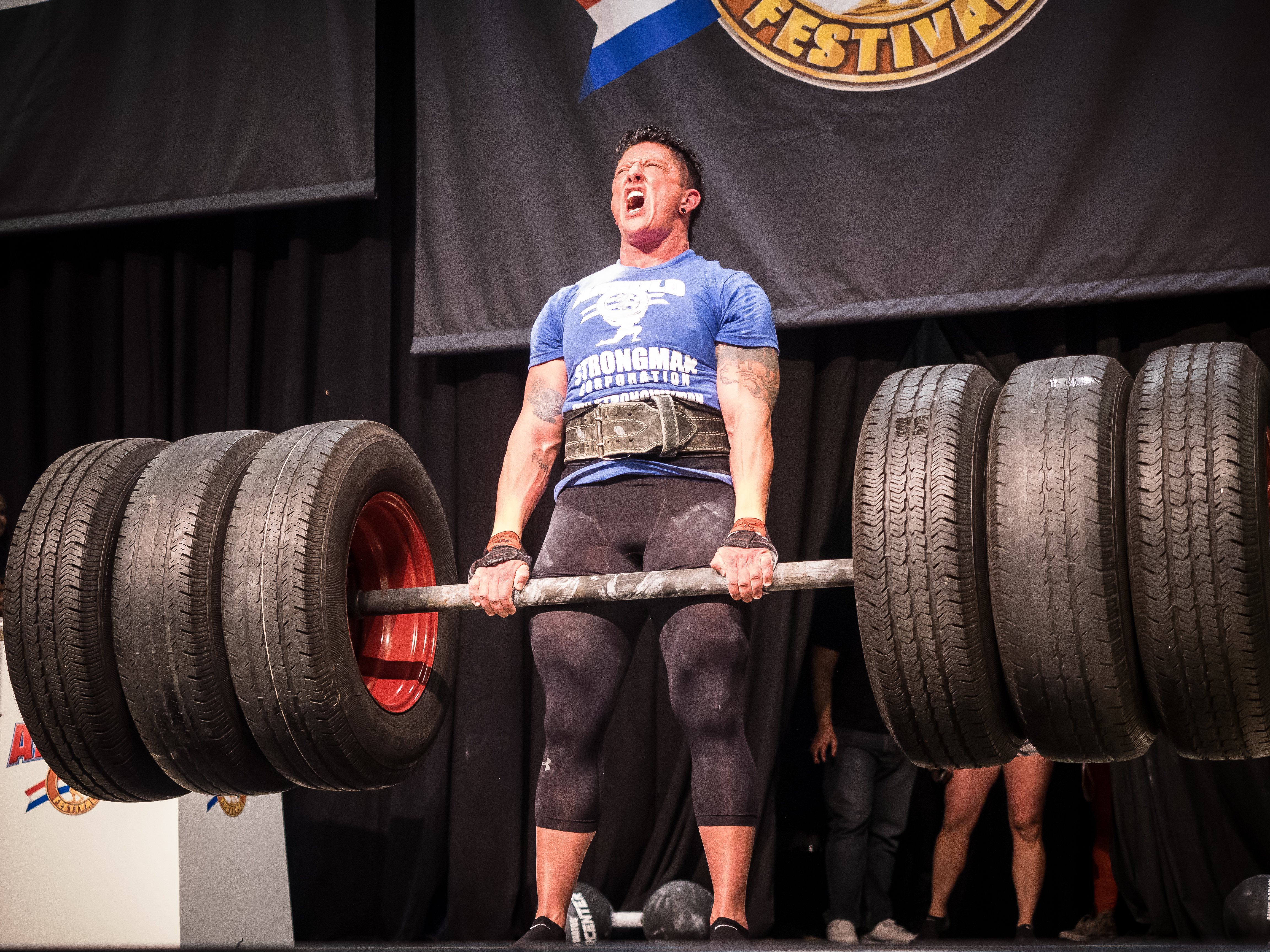 But doesn’t sodium bloat you? Yes, Efferding says, that’s one of the reasons it’s great for strength.

“A lot of strength and power is intracellular water retention, and that’s the primary reason creatine works,” he says. “I don’t think it’s the ATP cycle, it’s because the cells are more hydrated, which seems to be a more likely explanation for the strength results.”

He recommends a half teaspoon immediately before exercise, assuming it’s going to be a significant workout and not, as he puts it, a “cable push-ups and selfies session.” Some studies on football players’ workouts, for instance, have seen them lose almost 7 grams of sodium per hour. The RDI is about 2.3 grams.

Could salt be beneficial even if you’re not sweating quite as much — say, you’re hitting some heavy singles instead of crushing a metcon? Well, it is still important for hydration, but no, if you’re not losing as much sodium then you don’t need to replenish it so much. 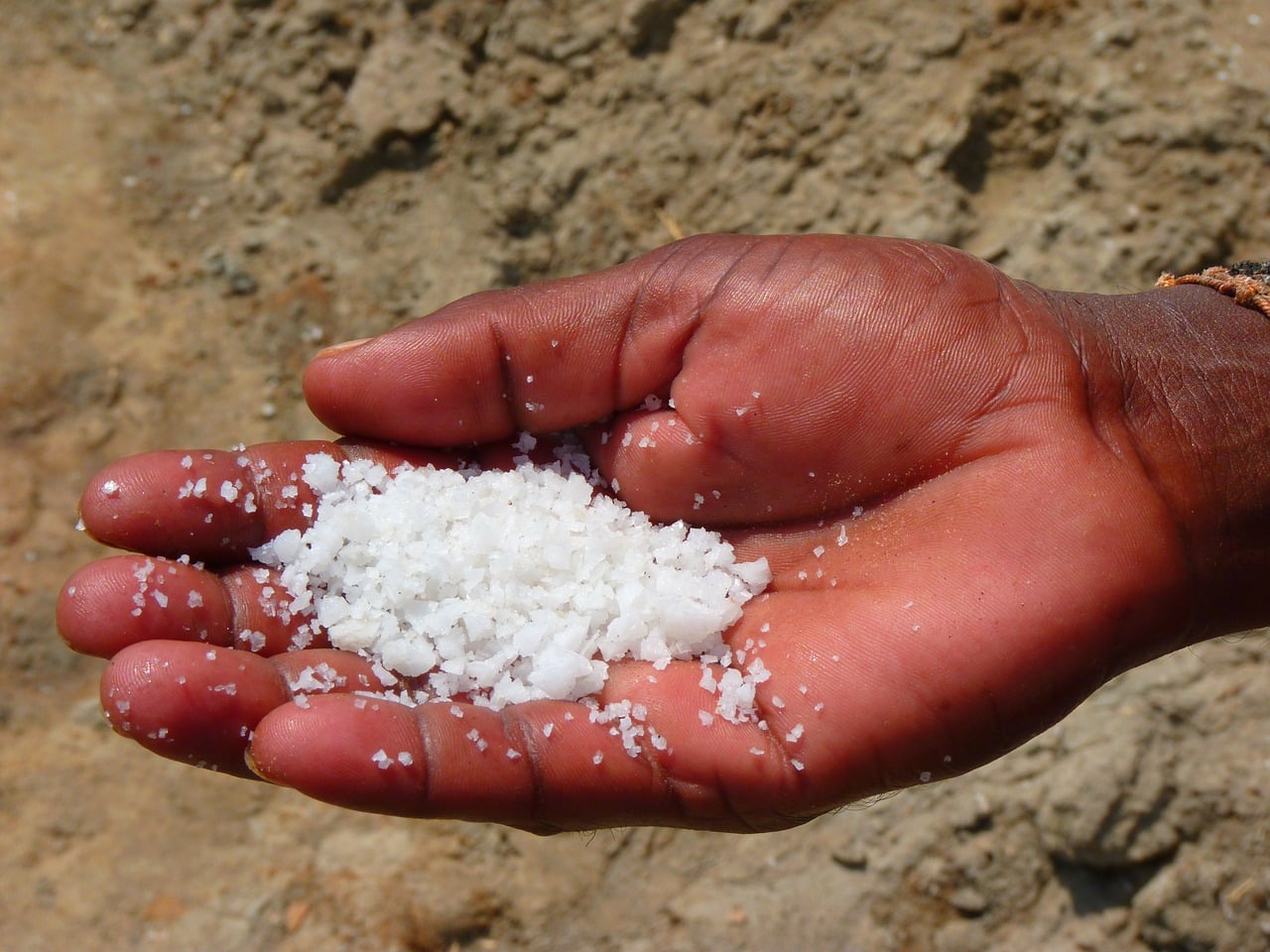 You lose more sodium than any other electrolyte when you sweat. But your intake is dependent on your other electrolytes being in good shape as well. While it’s true that eating a lot of fruits and vegetables should keep your electrolyte intake pretty solid, it bears emphasizing that potassium and sodium work together, and they work with calcium, another electrolyte.

“Calcium relaxes the blood vessels and ameliorates all the potential blood pressure increasing effects of salt,” says Efferding. “And you can’t talk about that without talking about Vitamin D3, which helps with absorption of calcium. And then you need to talk about Vitamin K2 which keeps it from being deposited in blood vessels and helps it get to bones and teeth. It all works together.”

We don’t want to overcomplicate it, but the take home message is to fill your macros with a diverse range of foods. And while your sodium needs do increase when you sweat, make sure you listen to your doctor before making significant changes to your diet or lifestyle.