Black Tape by OLIFT Review – A Better Solution for Weightlifting?

In the world of strength sports, grip is an issue. Holding on to a bar, axle, stone, or other implement can sometimes be the biggest obstacle standing between you and another rep or a new PR. And even if the holding doesn’t present a big challenge, a high volume of lifts (or a low number of really heavy ones) can leave our hands rough, calloused, bleeding, and in a shape generally not condusive to training again anytime soon. For a lot of lifters, a bad rip can mean a week or more of modifying workouts and going off-program, which can slow progress and frustrate even the most seasoned athlete.

So we turn to all manner of solutions to protect our mitts, and chief among those is generally tape (okay, maybe chalk is first). As someone prone to ripped calluses, I’ve tried over ten brands of athletic and medical tape to assist in grip, protect my thumbs, or generally provide some relief on raw patches of skin. 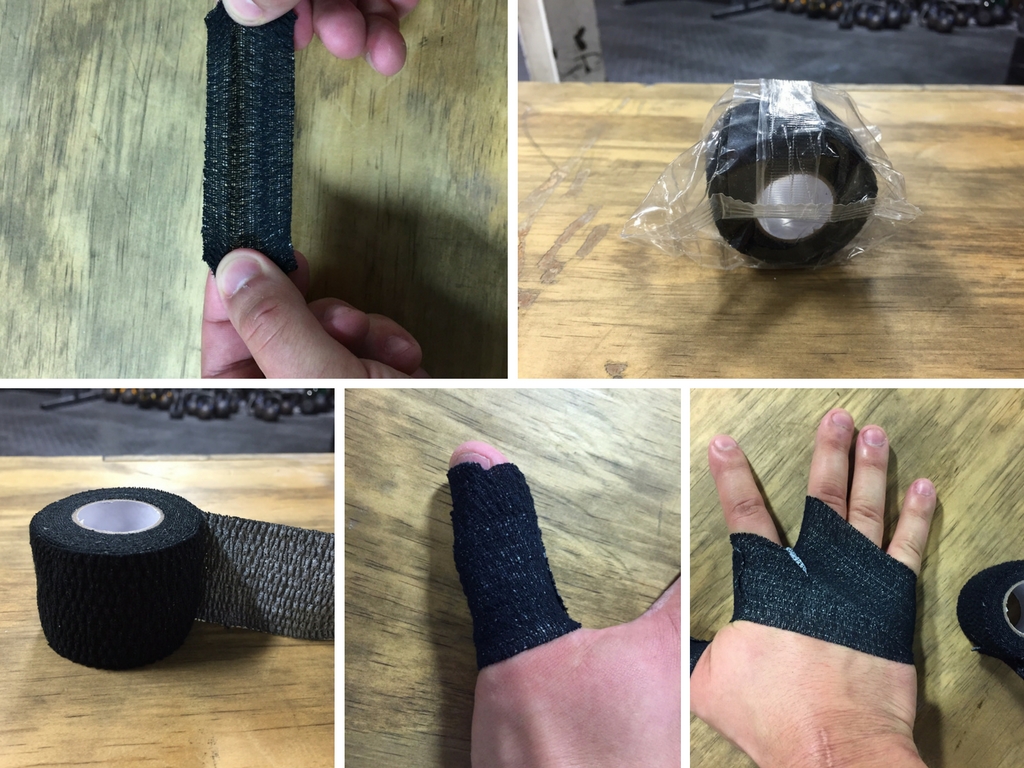 But not all tape is created equal — or at least, that’s what some claim. Recently, I was connected to Anton Jefferson, founder of OLIFT magazine and a friend of BarBend weightlifting contributor Mike Graber. Jefferson has produced a new version of tape designed for weightlifting, specifically thumb tape. The folks at OLIFT sent me a few rolls to test out, and I’ve written my general thoughts below.

At first glance, OLIFT’s tape is similar to a lot of other “thumb tape” you’ll see sold in weightlifting gyms and CrossFit boxes. It’s of the accordion-stretchy, semi-loose weave variety. Unstretched, it looks something like this. 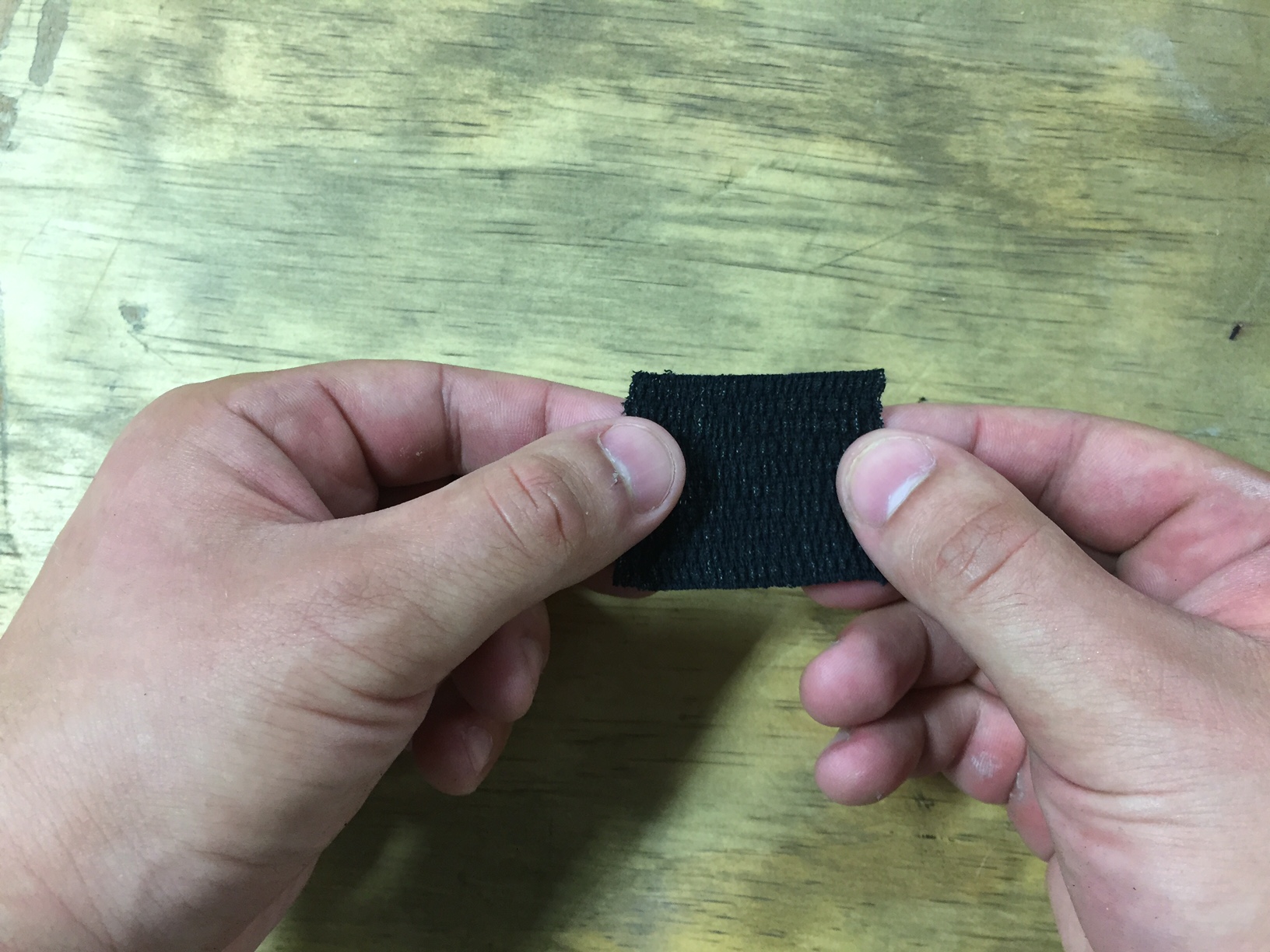 And that same amount stretches out to roughly this length. 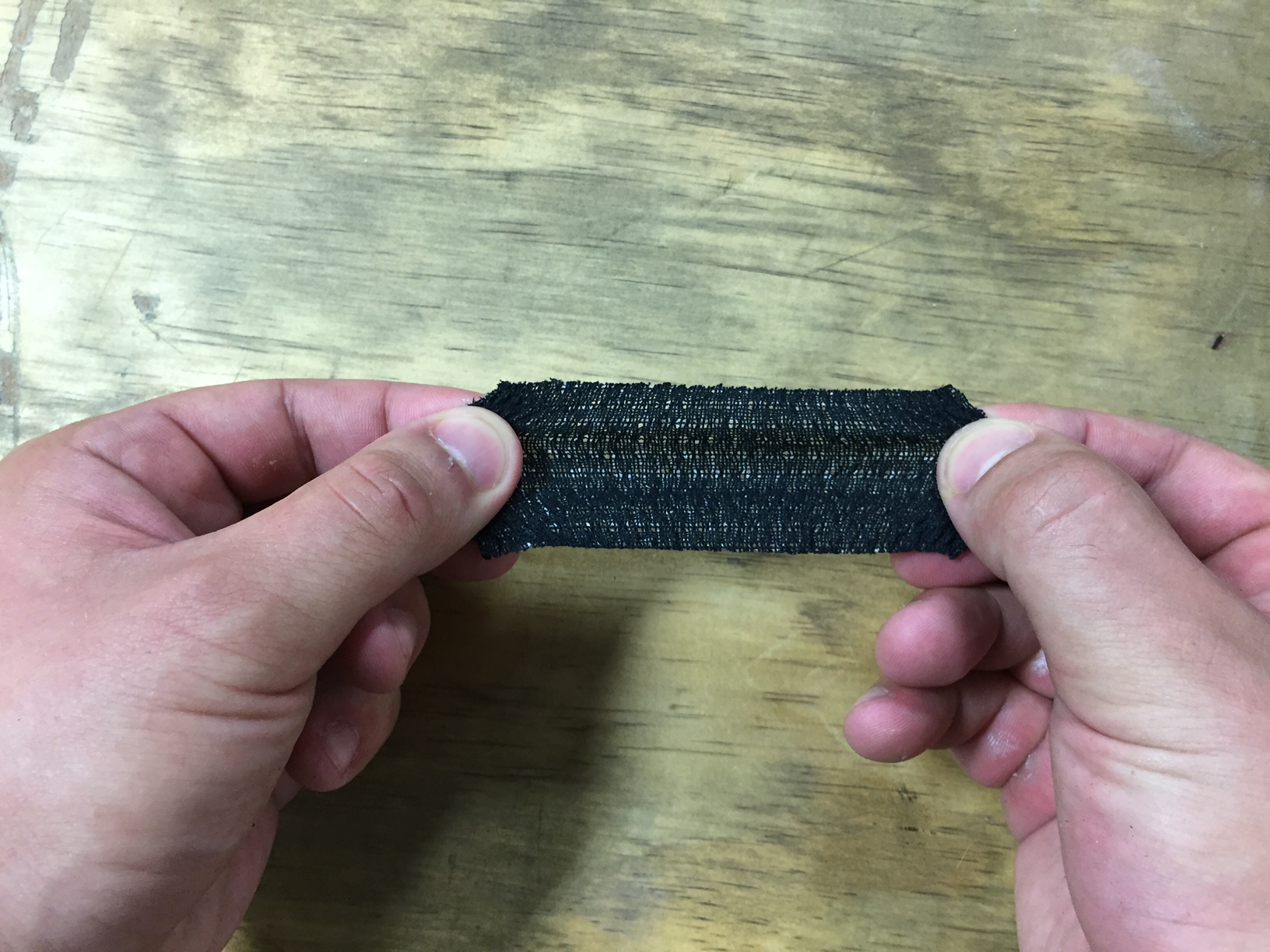 But one major difference I noticed almost immediately was that unlike other versions of this tape — which rely on the material’s own stickiness and friction to wrap in place — there was an additional, medium-thick layer of adhesive on the back. A roll looks the same and stretches the same as similar products I’ve tried, but the additional adhesive intrigued me.

To test the OLIFT Tape, I put it through a gauntlet of movements over three training sessions; these includes snatches, clean & jerks, snatch pulls, clean pulls, halting deadlifts, pull-ups, muscle-ups, and rope pulls. So mostly weightlifting, some not.

Generally, the benefit of this tape’s materials is that it can stretch and conform around thumbs, palms, wrists, etc. without too much hassle. And the OLIFT Tape did just that, wrapping well around my thumbs, palm (I had a torn callous under my middle finger), and wrists. 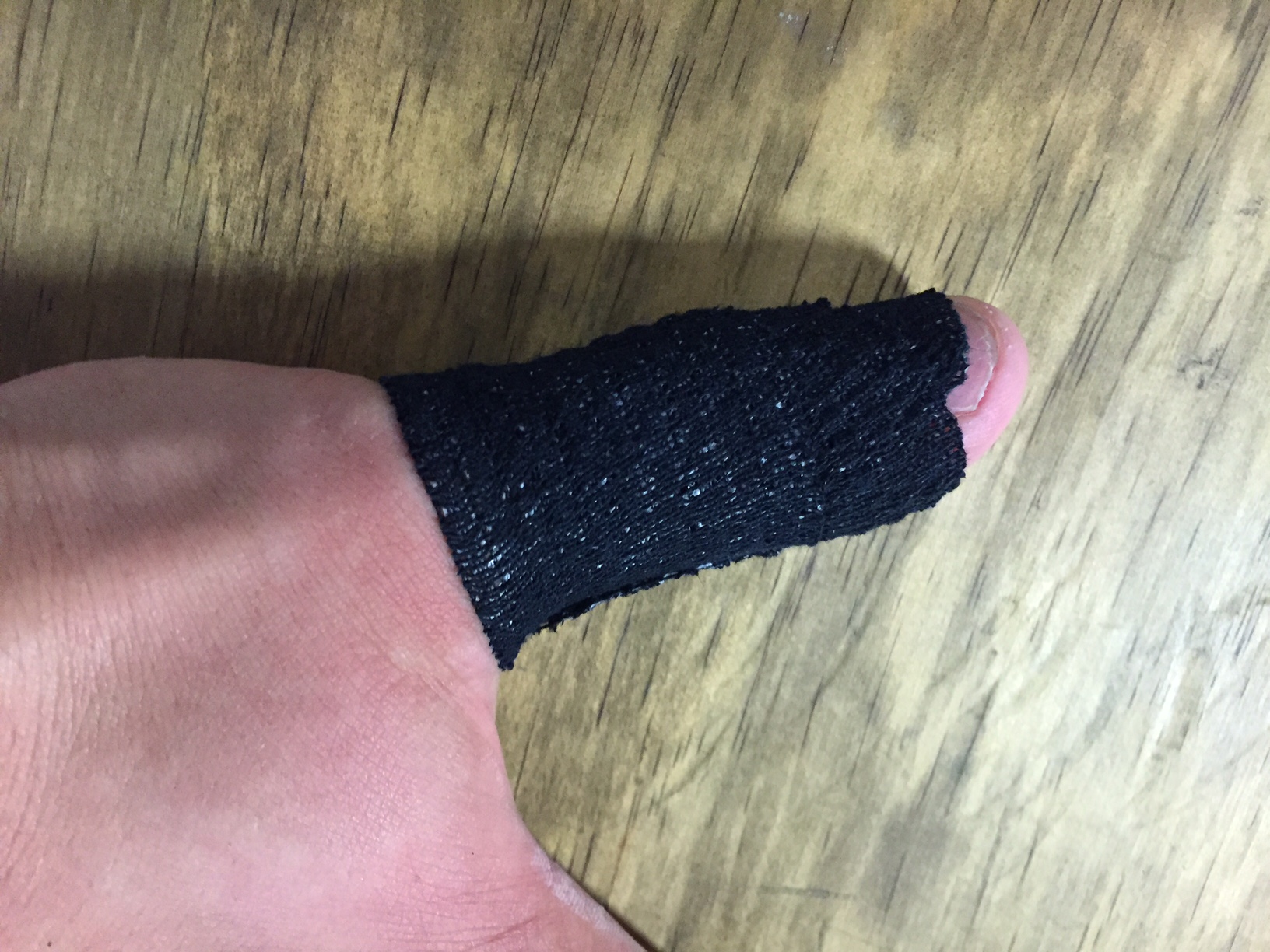 With other tapes of this variety, though, I’ve noticed the shape tends to get distorted fairly quickly as the tape “rolls up” on itself when, say, your thumb is bent and engaged in a hook grip. So it’s normally great for a few reps, and then clumped together and uncomfortable by the third or fourth set. 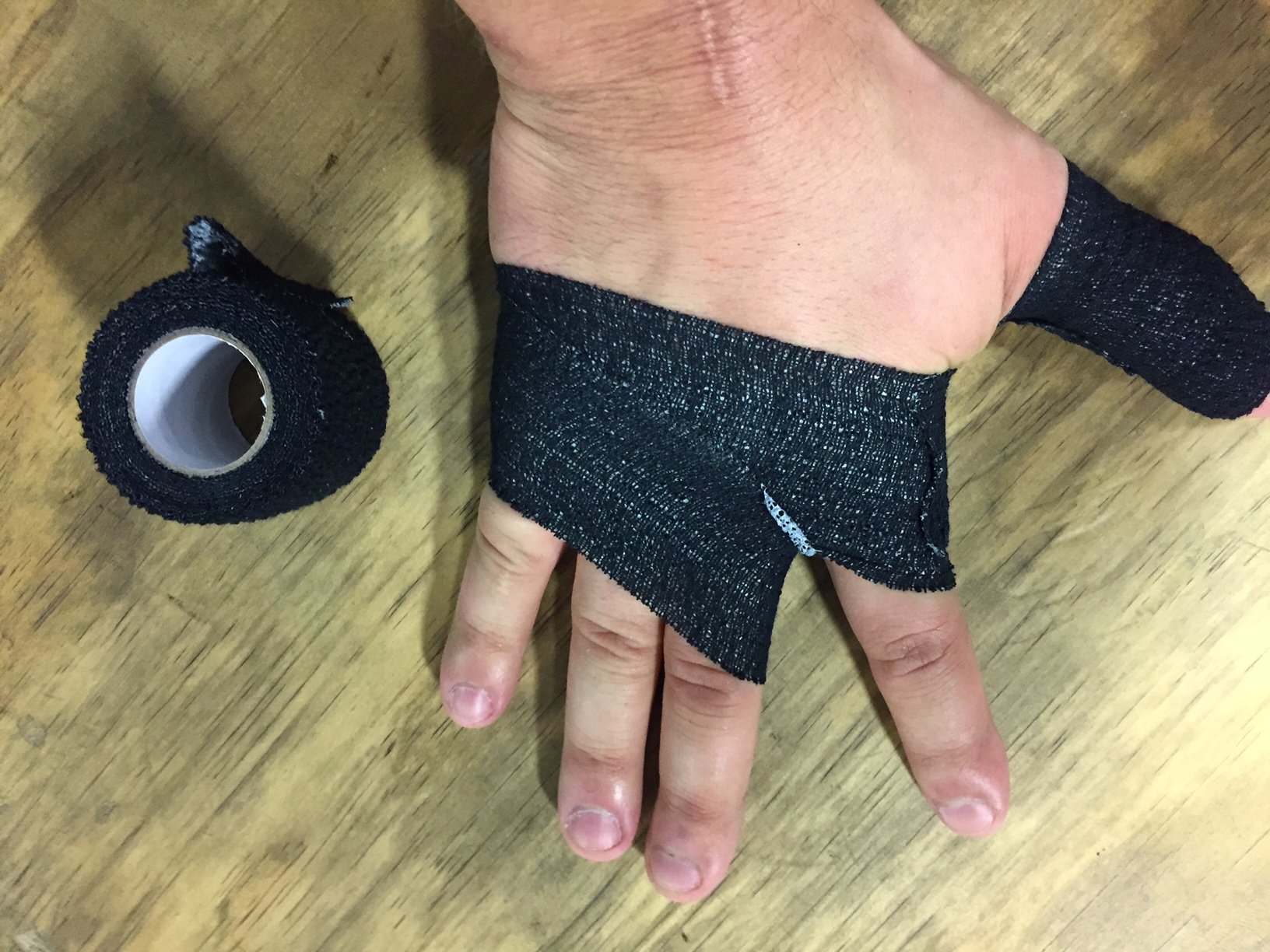 Basically, the tape provided about the same level of grip I’d felt from previous products before, but in a version that stayed on my hands and thumbs for longer (and more securely) than I’d experienced before. The adhesive also allows the tape to hold chalk better than versions that don’t have the added glue.

For gymnastic movements, the tape performed well enough, though it didn’t feel like it was enhancing my grip at all on ring movements. (I was using wooden rings, and while the tape protected a torn callous well, it didn’t make me feel more secure in a neutral or false grip.) The best grip benefit comes from taping your thumb for a hook grip, which is how I’m guessing most people will get the most out of this product.

Overall, I think this product is an improved version of a gym staple/classic, largely thanks to an additional layer of glue that lengthens its usefulness in a training session. It’s not the cheapest nor the stickiest tape on the market, but it’s the best version of the flexible, stretchable fabric tape I’ve seen and tried.

Black Tape is for sale from OLIFT and starts at $20 for four rolls.