Is it time to abandon the group class model?

The future of the group class is uncertain.

Most small gym owners and CrossFit affiliates—who have relied on running group classes of anywhere from 8 to 30 people—are collectively trying to figure out ways to open their gyms all the while remaining in compliance with their current local social distancing laws.

Talking to dozens of affiliate owners, many have expressed fear, and understandably so: The group class has been the bread and butter of the community, and the thought of changing something that was working is daunting.

But other gym owners say it might be an opportunity for change and growth, and it’s more obvious now than ever that being open-minded and adaptable is what will save many businesses today. So instead of wondering when you’ll be able to resume 20-person group classes, and trying to find a way to shove square pegs into round holes, it could be worth considering adapting to a new way of running your gym beyond the group classes. 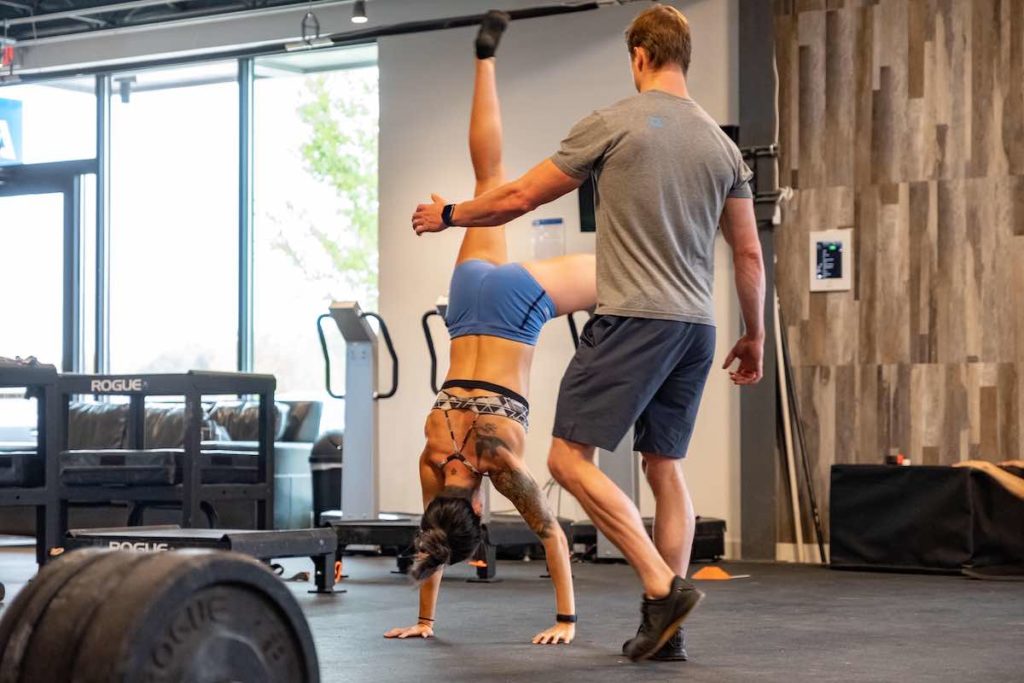 Two immediate reasons to consider moving away from the group model:

“The economics of high density group training looks terrible until the virus is under control—a vaccine etc. Guidelines are already coming out about reopening with (conditions like) no more than five people, including clients and coaches, per 1,000 square foot (space). That will destroy unit economics for places that were used to 20-plus people in 2,000 square foot,” was Jim Crowell’s take.

Crowell is the CEO of OPEX Fitness, a company that promotes an individual program design model for delivering fitness.

2. Group Online Fitness Is a Hard Game to Win

Group training might be useful for retaining current clients, but online training alone competes with the likes of Peloton, which isn’t really a game most functional fitness gyms probably want to be playing.

One-on-one coaching, on the other hand, provides a higher value service and allows you to connect more closely with your clients.

“And one-on-one (coaching) easily (can move) online and still provides a quality platform to be in person, as well as online with local clients,” Crowell agreed.

Pandemic or not, some former group class owners transitioned to a more individualized form of fitness well before the pandemic, because they think it’s a better way of delivering fitness.

David Austin is one of them. He’s the owner of Peak Potential Fitness in South Burlington, Vermont. Austin spent time as an CrossFit affiliate owner in Oregon, and later transitioned to becoming a personal trainer. He saw pros and cons in each model, and ultimately wasn’t satisfied by either.

“Group classes are high energy and there’s the camaraderie and the fun, but you end up trying to build a program to meet the needs of the group. It maybe hits the mark for one or two people, but then it’s like last minute adjustments for those who it’s not working for, and that just doesn’t work so well long-term,” Austin said.

As for personal training, Austin’s take: “Initially it was quite incredible. I could dig into the minutia with each person in front of me, but after two years of personal training, I started to realize it wasn’t working that well for the client. People would buy packages of sessions, and they’re expensive, and then they’d be like, ‘Well, if I go every other week once a week, I can spread this package out for half a year.’ So you never really got into a rhythm with a lot of people, because it’s not economically sustainable for many.”

He added: “And also, you’re doing a lot of holding hands as a personal trainer, you know, counting reps, and setting up barbells. How does that look if you’re planning on doing this for 20 or 30 years?”

Today, Austin runs an individualized fitness model, which involves creating individual training programs for his 50 clients. He also meets them once a month for a lifestyle consult, where they dig into nutrition, sleep, stress, as well as the client’s goals, intention and purpose.

Jesse O’Brien is another gym owner who shifted away from the group model. He now owns Central Athlete in Austin, Texas. 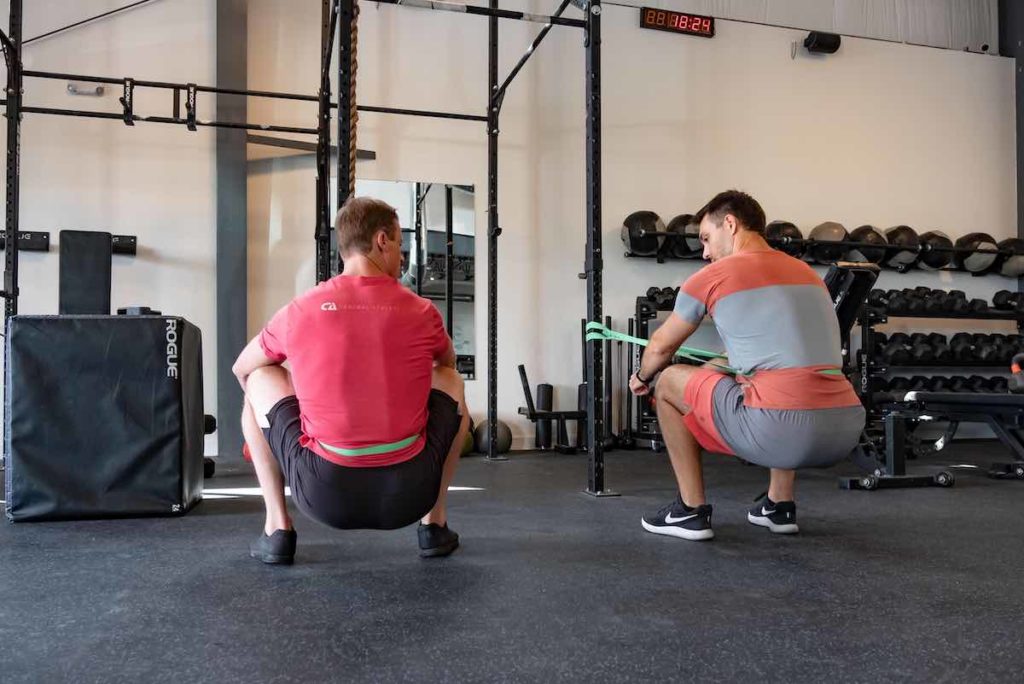 He thinks COVID-19 has really “highlighted the limitations of a group model,” he said, and thinks those who currently rely entirely on group classes for revenue should consider a more individualized approach.

“With the trend shifting (more) to more digital and remote interactions in the future, a group model, as it once was, will not sustain. If you are in the midst of restructuring your business model, think about how the changes will increase the value to the client along with how the shift will create sustainability for the business,” he said.

5 Keys to Transition From the Group Class to Individualized Fitness

While the individual program design model worked for Austin, he warns anyone considering making the shift that this is really what they want to do.

One of the keys to a more individualized model is to develop genuine relationships with your clients “that transcend exercise,” he said. In fact, he says these relationships probably already need to be in place for you to consider transitioning.

“Selling a group class is very different than what you’re going to be selling these folks now,” he said.

For an individualized training model to work, where clients are often paying $350 a month, it’s important to provide them with more than a workout. You have to dig into their lives and provide them with help fixing their diet, their sleep, their stress, and figuring out their true intention, all of which must be done in a one-on-one setting, Austin said. Hence why they’re paying a lot more than they were for group classes. And a lot of clients don’t really want that, Austin said.

“Clients have to be involved and provide feedback. They can’t just be there for a workout. They can’t just be along for the ride,” he said. “That’s why Peloton is so effective for so many. A lot of people just want to be unconscious when they workout, and in an individual design model, people have to be willing to become conscious.”

He added: “They’ll describe their reasons (for not wanting to move from the group to individual programming) as being about money, but f*** it’s not the money. They don’t want to be conscious of some of the things that make them uncomfortable, like how disconnected their behaviour is from their values.”

With that in mind, you need the right clientele for an individual model to work.

Tip #2: Expect to lose some clients

Austin said if you’re going to move away from the group class model, you have to expect to lose some clients.

Glen Oliver, a former CrossFit affiliate owner who transitioned his gym into an individual program design model in the UK, agrees. Today, he owns OPEX Gatwick in Crawley in the UK.

Oliver had more than 500 people join his group class gym back in the day, but retention was terrible, he said. They left as fast as they came in. This is why he switched to a customized model, so he could focus on having less clients, but higher paying, more invested ones.

When he made the switch, he did lose some clients, he admitted. But the transition was worth it in the long term, as his client retention quickly improved and he no longer had to devise a plan to bring in tons of new people each month.

Those who have abandoned the group class model also advise avoiding sending out a mass email to all your clients. Instead, sit down with each one, answer their questions and concerns and educate them about your plan.

Considering today’s climate and the inability to run large group classes, this will likely be an easier time than normal to have these conversations, said Crowell, who has worked with gyms who have made the switch.

“People are very aware of change right now, and they are emotional. If the right case is made in a moment like this, people will be far more receptive to a shift than trying to change something (they think) is working,” Crowell said.

Owners who have shifted away from the group model also recommend making a list of all of your clients before you speak with them and then rank them. Consider who might be a good fit and who might not.

Another option is to provide a four-week trial to see how they enjoy it. Some might surprise you and end up loving it.

In the group class model, gyms have traditionally been focused on bringing in masses of new clients each month. But in an individualized fitness model you need less clients, as they’re all paying likely twice as much money, so the focus must shift from bringing clients in, to retaining your current group of clients.

“Become obsessed with how you can continue to over deliver to the consumer. The more value you can create, the sticker the service becomes and the more deferrable your business becomes,” O’Brien said.

Tip #5: Don’t be afraid to raise your rates

Raising rates, especially now, can sound daunting, but those who have shifted away from the group model say it’s important not to get anchored by what your group model was charging. Group fitness is not worth the same amount as assessing a client’s individual wants and needs, writing a program specific to them and conducting personal training or lifestyle consults.

While your average group class gym might charge between $125 and $199 a month individual program design gyms tend to be in the $300 to $400 range.

Bottom line: Charge what your service is worth.