The second annual Klokov Power Weekend took place in Moscow in mid-November, but it was like Christmas for Olympic weightlifters. Both active and retired international lifters assembled for some friendly competition with some unusual movements that aren’t often seen in competition settings.

Hang snatches, rack jerks, max weight thrusters, and snatch grip deadlifts were the main events in 2015’s Power Weekend. (Here’s some of our favorite footage from last year’s event.) This year, the snatch grip deadlift was swapped for the clean & strict press.

Now, at some point, most lovers of strength sports have hit a wall when trying to enjoy weightlifting meets, contests, and documentaries: a lot of them are in Russian. If you’re as big a fan as we are of everyone’s favorite weightlifting ham, Dmitry Klokov, there’s a good chance you wanted to watch footage of his second Klokov Power Weekend, but thought you’d never find it in English. 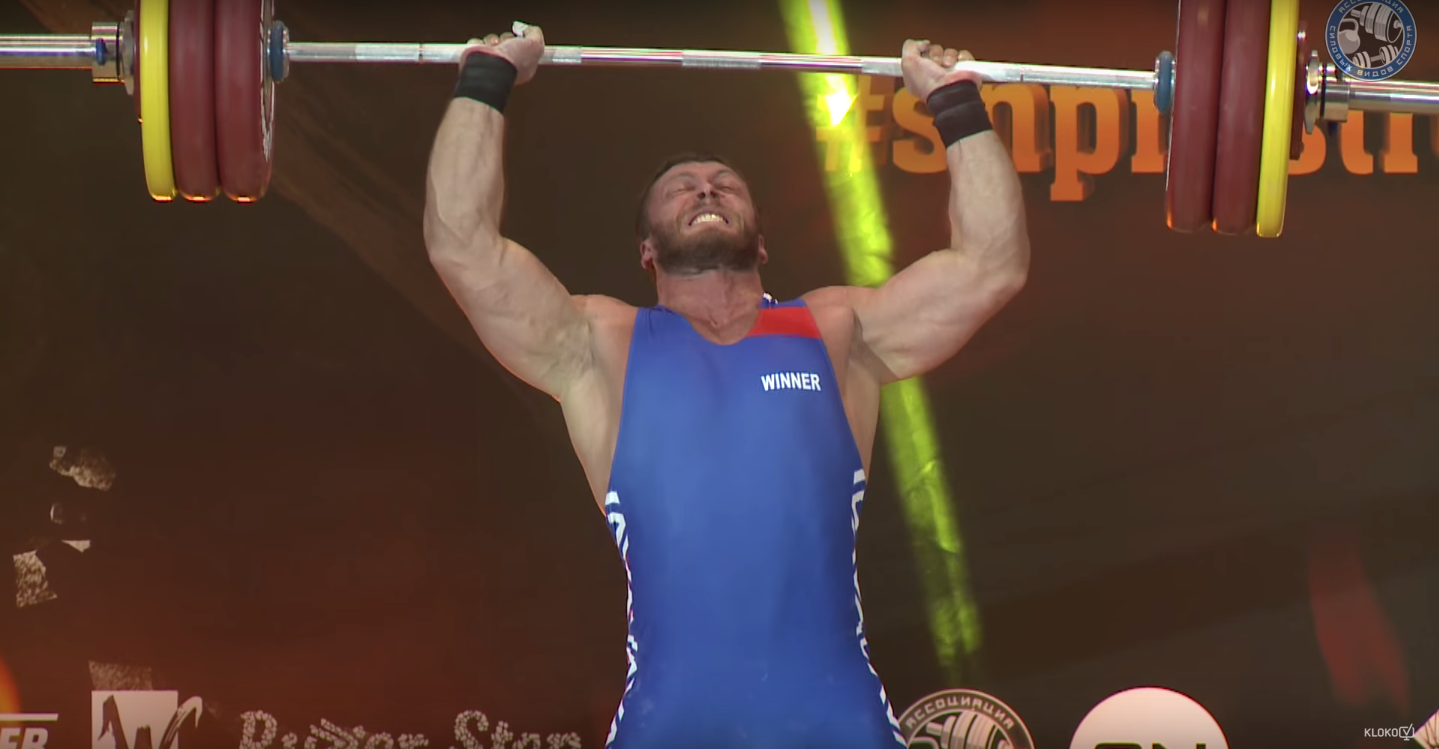 Fortunately, the internet has provided. Not only can you watch your favorite lifts, they’ve been served to you in this neat, fifty-minute documentary with English subtitles. Watch Dmitry Klokov explain why he included and excluded certain lifts, why he found himself injecting with Diprospan, and what drove him to start holding the games. (You can even see some of the shiny new bars and plates from Klokov Equipment in action.)

Included among the competitors were athletes from Belarus, Kazakhstan, and even Australia, and the doc features interviews with several of them, including Dmitry Berestov and Dmitry Lapikov. There’s plenty of behind-the-scenes preparation (and anxiety), and despite the occasional crisis – he mentions that one athlete wasn’t welcome because of his political views – Klokov seems to be enjoying it, as he discloses that next year he’s organizing a Crosslifting amateur event.

Check out the full video below.