The Ultimate Guide to Heart Rate Variability and Strength Training

Written by Nick English
Expert Verified By: Dr. Mike T. Nelson
We receive free products to review and may receive commissions on purchases made through our links. See our disclosure page for details.

There are a lot of things that can affect your strength levels, which makes it super difficult to know whether or not your workout is going to be awesome or terrible on any given day. This is where heart rate variability training can be really effective.

Sometimes you have an incredible workout when you’re a little tired and manic, other times your performance will suffer. Sometimes stress and anxiety gives you some awesome, adrenaline-powered lifts, other times it makes the weights seem even heavier. Sometimes, things that used to work don’t, and vice versa.

A question that’s becoming increasingly common is how an athlete can know if they’re doing things right. Is there a way you can know whether or not your recovery has been working well, or if there’s something you should change? 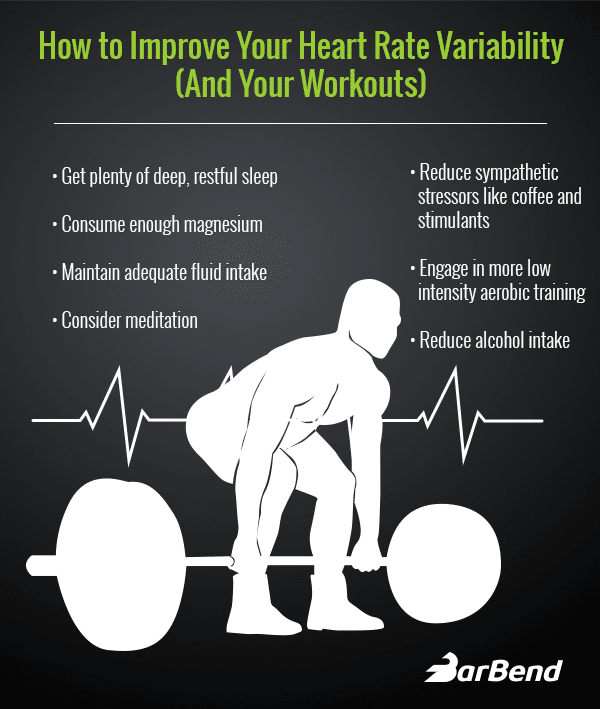 One method that’s been gathering a lot of steam in fitness circles is to spend just one minute every morning measuring your heart rate variability. That doesn’t refer to your beats per minute, rather it measures the consistency of your heart rate.

Surprisingly, you don’t want your heart rate to be extremely consistent and to have the exact same amount of rest between each beat — essentially, that means it’s trying too hard. What you want is a more relaxed heart rate that has a decent amount of variation between beats.

“Your HRV will give you the balance of parasympathetic — the ‘rest and digest’ arm of the autonomic nervous system — and the sympathetic side, or the ‘fight or flight’ aspect,” says Dr. Mike T. Nelson, CSCS, an adjunct professor at the Carrick Institute whose PhD focused on metabolic flexibility. “That information isn’t super predictive of strength and power-type performance on a given day in terms of the acute sense, but it’s a great way to determine the toll of everything you’ve been doing up until that point. Your lifestyle, your sleep, your nutrition, and your training.”

He points out that some strength athletes will wake up and test their HRV (it’s almost always tested right after waking), find that even first thing in the morning they’re in a sympathetic, stressed state, and still find that their workout that day goes fine. Then they’ll complain that HRV is worthless.

Most apps for measuring HRV will give you a grade of green, amber, or red, and of course, it’s best to be in green, at least when you wake up. For his clients who are strength and power athletes, Dr. Nelson says that if they wake up and they’re in the red, they’re not fully recovered from the previous day’s training.

If they have a gym session scheduled that day, but afterwards they have one or two days off, then sure, they could still do the workout. But if they’re meant to do a hypertrophy session the next day? It’s a better idea to cut today’s volume a little, do less demanding movements, or skip it altogether.

“Everyone’s had those days where you slept four hours last night, you’re stressed out, you think your workout’s going to suck, and it was amazing,” says Dr. Nelson. “But it’s very rare to go to the gym again the next day and have the same effect. At some point, you pay a price for always redlining it.”

The flip side is the parasympathetic state, which is also known as “rest and digest,” “feed and breed,” or “more slowly activated dampening system.” This state generally works to promote maintenance of the body at rest — it’s when your body is truly recovering and not in a reactive mode.

We stimulate the parasympathetic system during sex, going to the bathroom, meditation, massage, and other relaxing activities, but the fact is that most of us are usually stuck in “fight or flight.” That’s a good mode to be in right before a one-rep max deadlift, but probably not before a technique-heavy snatch and definitely not when you’ve left the gym and don’t need to be amped up.

But most of us are too amped up. We’re overstimulated, overexcited, anxious, and stressed. That could be you, or maybe it isn’t. One of the best ways to find out? Test your HRV.

How Do I Measure My HRV?

There are plenty of gadgets and apps out there. Dr. Nelson recommends the monitor and app from Ithlete, which sells a strap for about $80 or you can get a finger sensor for $70, but we’ve also heard good things about the H7 Polar Heart Rate Monitor, which is around $55 on Amazon and works with apps like Elite HRV or HRV4Training. (Dr. Nelson isn’t crazy about the Polar sensor because some models don’t let you replace the battery when it dies.)

The best time to measure your HRV is after waking, which is when your system is the most stable and when it provides a pretty good surrogate marker of the accumulated stresses from the previous day.

It’s important to do so before you start consuming media, planning your day, and consuming all the other stimuli that modern life throws our way. Don’t check Facebook first. Don’t drink coffee first, don’t even drink a big morning glass of water. 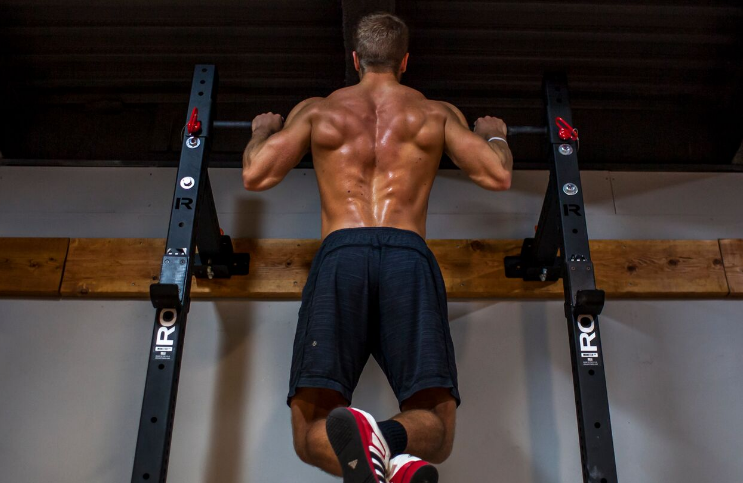 “Most people will get up, maybe go to the bathroom, sit on the side of the bed, put on the sensor, sit quietly for a minute, and then hit start,” says Dr. Nelson. “I think you should cover the sensor while it’s doing its thing, so you don’t look at it and freak yourself out over whether it’s high or low and mess up the results.”

Breathe normally — the Ithlete app actually tells you when to breathe in and out to make it simple — and try not to think about the day ahead. (And again, don’t check Facebook.) After fifty-five seconds, your app gives you your HRV, tells you whether you’re green or amber or red or inbetween, and compares it to previous days.

“So if you have data, you can look at it and say, I’ve been sympathetic for two days and my sleep has been crap, let’s work on that,” says Dr. Nelson. “HRV in a vacuum isn’t super useful, it has to have context. If someone just sends me their HRV from one day and asks what they should do, I can’t tell them anything. If you understand the principle, it’s super useful, but if you try and follow it without thinking about what’s going on in the rest of your life, it’s more limited.” 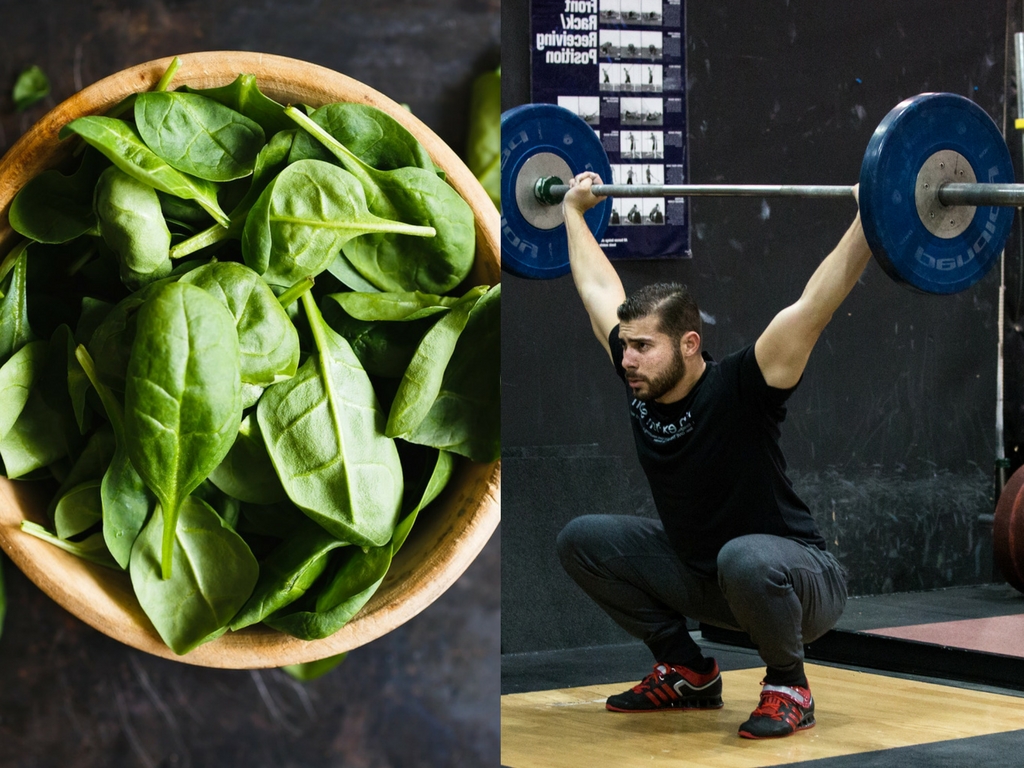 How Do I Improve My HRV?

There are a lot of things that impact your HRV, and it’s up to you to experiment with different remedies until your score improves.

“There are two ways to tackle the problem: what’s going to increase parasympathetic tone, and what’s going to remove sympathetic stressors,” says Dr. Nelson. “The first is sleep, consuming plenty of fluid, meditation, magnesium, consuming enough calories, especially protein and carbs, low-impact movement — you don’t want to spend your entire rest day on the couch — all the things people generally associate with recovery.”

The second strategy involves reducing stressors like coffee, stimulants, cigarettes, and maybe even electronics at certain times of the day.

“Drinking alcohol in particular crushes HRV,” says Dr. Nelson. “I can always tell if someone had more than a couple of drinks the night before.”

The HRV is indirectly tied to your aerobic base as well, so he has found that medium to low intensity aerobic training can also help. That might be biking, jogging, or rowing, but the important thing is to avoid the temptation to turn your relaxing trail run into a high intensity set of sprintervals. Keep things somewhat relaxing. 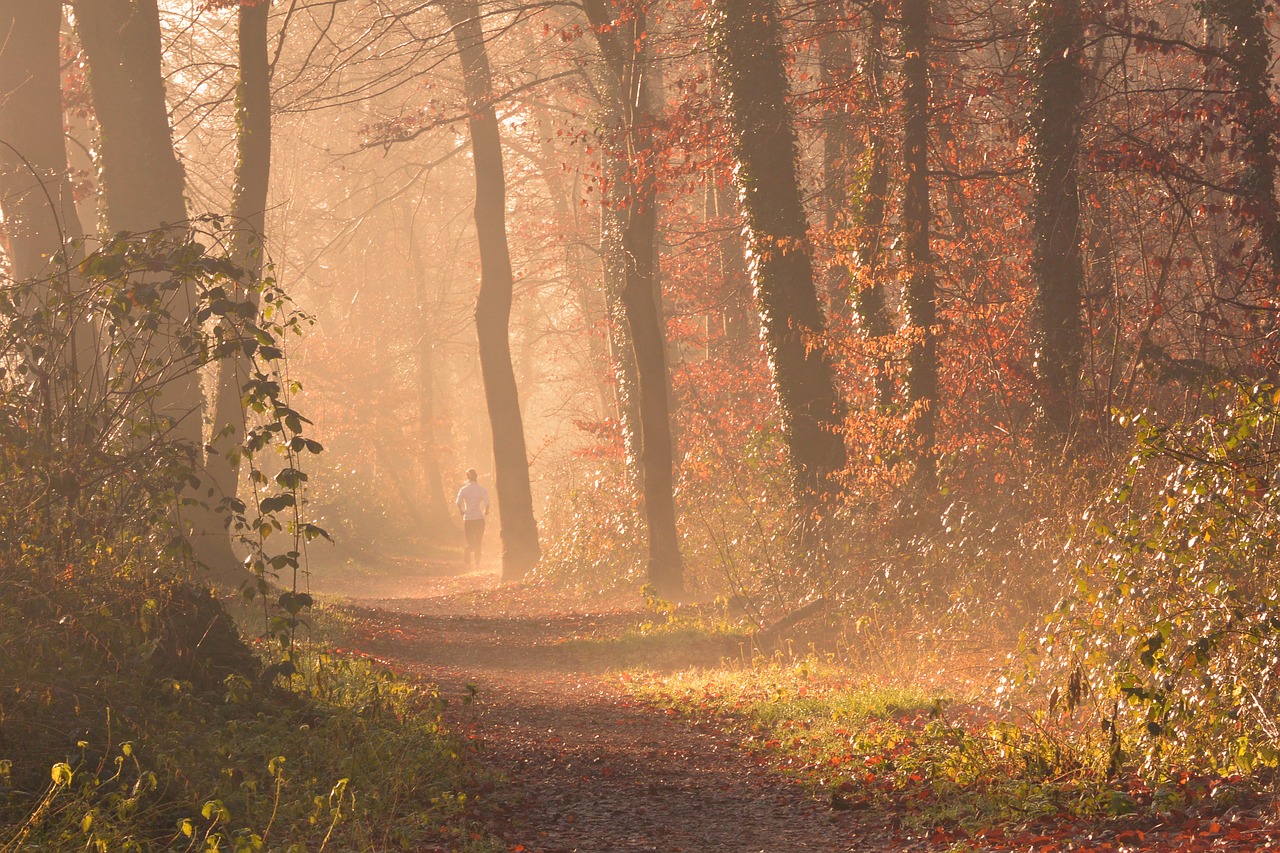 Being in the red every day doesn’t just mean your workouts might suffer. Constantly being in the red carries a dramatically higher risk of cardiovascular disease and cardiac mortality, and during the ten years he spent working at a cardiac medical device company, Dr. Nelson found that a patient’s HRV would correlate directly with better coronary function.

HRV is a great way to tell how well your body is recovering from the stress it endures in your day-to-day life, be it physical stress from exercise or sedentariness, or mental stress. That makes it a great way to not only help shape your workouts but everything you do outside of the gym, too.

It doesn’t tell you absolutely everything — maybe you sleep more and you’re still in the red, so you try something else, and so on. It’s a marker, a guide that things might not be right, and it’s up to you what you do with that information.