Meet the CrossFitter Who Did “Murph” 10 Times in a Row

“Murph” is one of functional fitness’ most famous — or infamous — workouts, consisting of a one-mile run, 100 pull-ups, 200 push-ups, 300 air squats, and another one-mile run.

And ideally, it’s completed with a 20-pound weighted vest.

Like all of CrossFit’s exceptionally difficult “Hero WODs,” “Murph” is named after a member of the armed forces: Lieutenant Michael Patrick “Murph” Murphy, a United States Navy SEAL officer who was killed in action by Taliban forces in 2005. Because of that, athletes around the country often perform “Murph” on Memorial Day, a public holiday for commemorating fallen soldiers.

In North Carolina, CrossFit Raeford decided to hold a Murph challenge of their own, and 35-year-old real estate developer Shaun Gardner decided that what might be the most difficult functional fitness workout ever created just wasn’t quite tough enough. So he did it ten times in one day.

BarBend caught up with Shaun to ask why, how, and why. 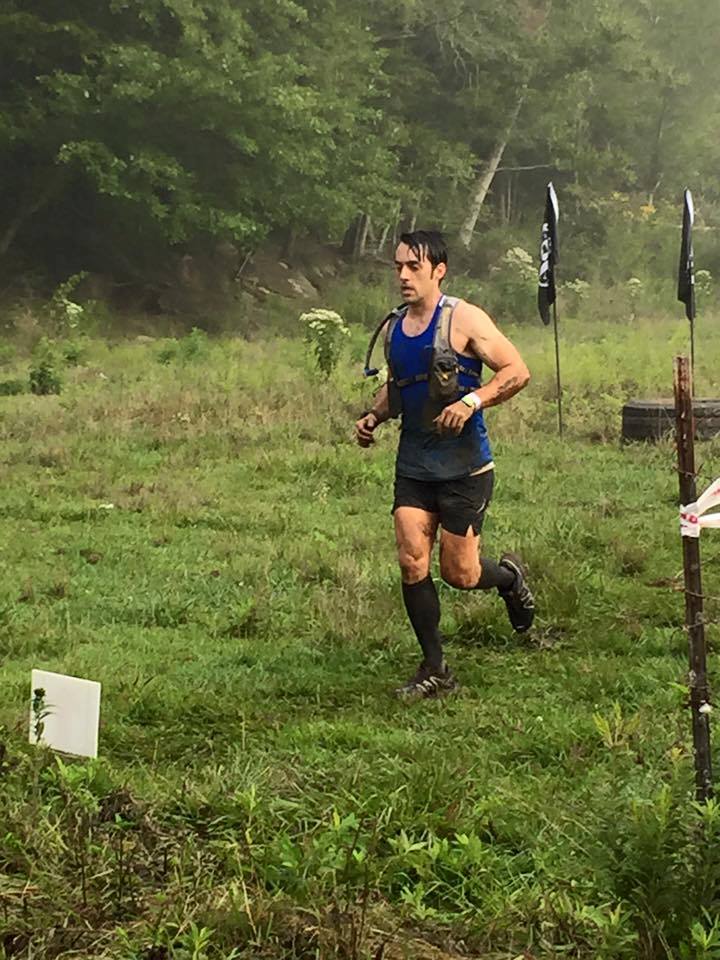 BarBend: “Murph” is hard enough once, why did you decide to do it ten times? Was this a spur of the moment decision or had you planned it for a while?

Shaun Mendes: It was planned for a while. Earlier this year, I had finished a long run and for some reason the idea to do ten “Murph”s just popped in my head. I’ve been doing some endurance races for the past few years and I liked the idea of turning a CrossFit® workout into a longer duration endurance event.

So doing it ten times was both a challenge to me and also a way for me to personally honor the fallen over Memorial Day weekend. I get to go home after 8.5 hours of working out, so in the grand scheme of things, it’s not that bad.

I started at 1:20 AM Saturday morning and did the first nine rounds at my house without a vest, that took 7 hours and 16 minutes. Then I headed to my gym, Crossfit Raeford, and did the final round with a weighted vest with the rest of the CrossFit crew. That final round was a bit miserable and took me 1 hour and 7 minutes. So yes, just under 8.5 hours total time. 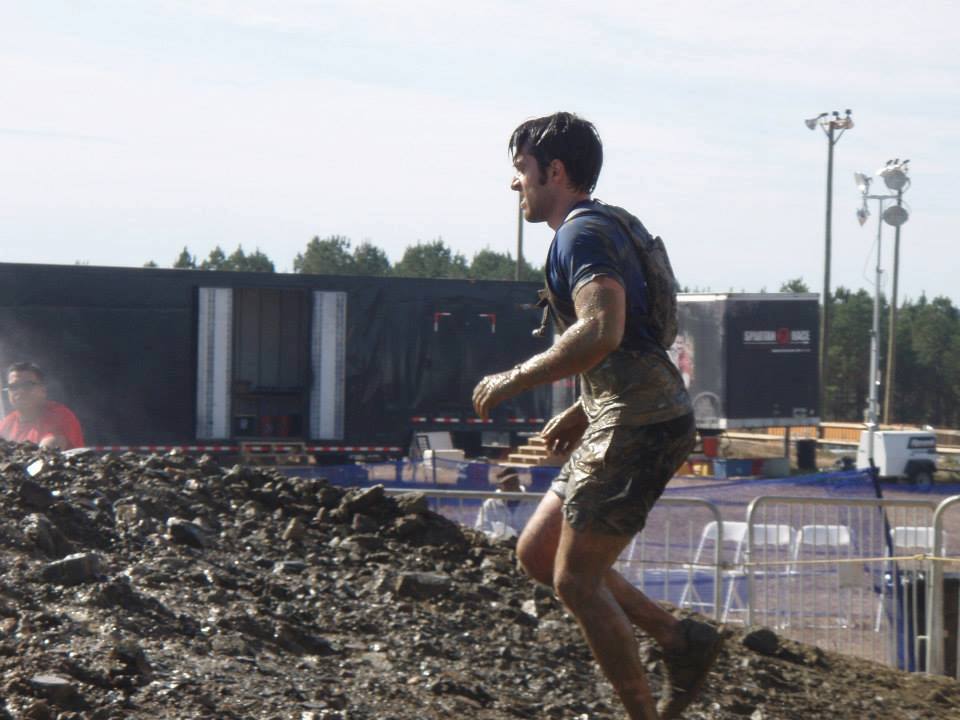 Were you eating during the workouts or in between? What did your nutrition look like?

Good question. I pretty much drank a serving of BCAAs every hour along with extra water. I also ate a Clif bar every couple hours or so. I would also weigh myself before I started each round of push-ups, pull-ups, and squats to see if I was consuming enough fuel. Over the 9 rounds I lost about five pounds, despite trying to make up for it through increased hydration.

I knew going in that the main challenge would be keeping my hands intact — avoiding blisters or ripped skin — and avoiding cramps.

So you wrapped your hands?

I actually didn’t, I tried various gloves and grips during my training rounds and they all seemed to pinch certain areas at some point. So I wrapped my bar at home with some of that cushiony waterproof bandage tape and chalked my hands a lot. The trick was approaching the bar very carefully each time… and avoiding any friction between the bar and the hands.

Had you been training specifically to do this?

I trained the body weight stuff here and there, tying to figure out the best rep scheme and intervals. Then over the past couple months I built up the number of rounds from two to six. So the week before Memorial Day I did six rounds. I knew if I could get through those relatively unscathed then I would be ok. 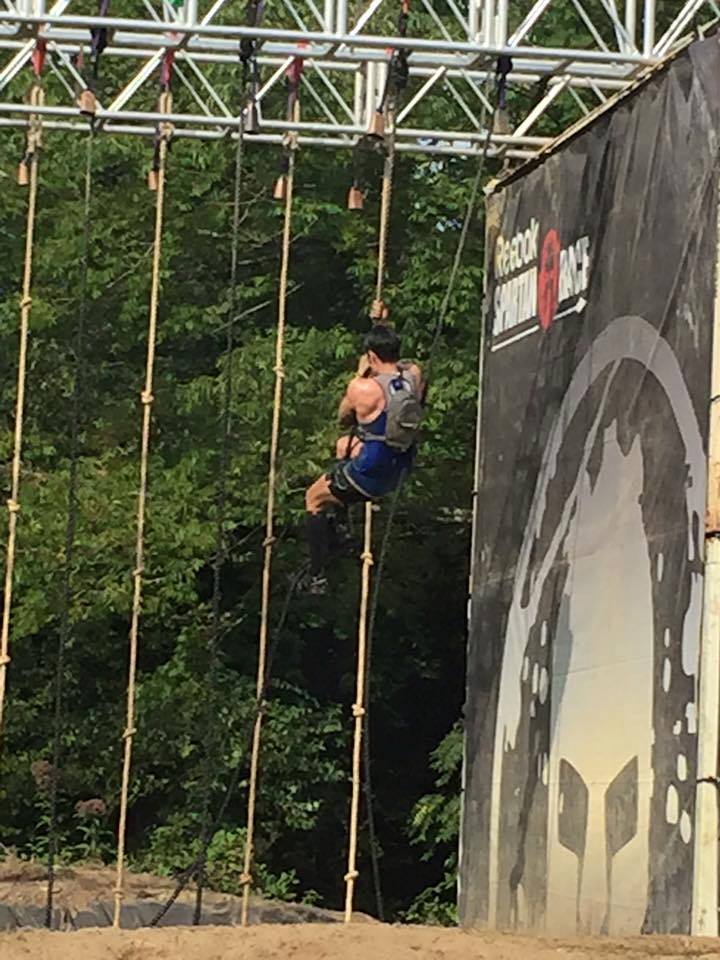 So you were doing two “Murph”s at a time two months ago and built up to six at a time? These were once a week sessions?

The training rounds were kind of sporadic over the past couple months. I had a race in April which I had to focus on.

I would say that anybody can do it, but maybe not everyone should do it.

Endurance stuff like this is mostly mental. You have to start with the belief that you can do it and then figure out how you are going to do it. So depending on where you are, you would have to slowly build up your muscular endurance and figure out what you can sustain. Your body can do a lot more then you think… but it all starts in the mind.

One caveat: doing something like this probably isn’t that good for you physically. But it’s great for training your mind, which is a “muscle” I think goes untrained far too often.

So would you consider yourself more of an endurance athlete?

Not sure what I would consider myself. I absolutely love Spartan Ultra races and do a couple of those a year. Endurance fascinates me, probably because it is such a good metaphor for life. Most of us will never be the strongest, smartest, fastest, but the one thing we can control and be the absolute best in the world at — if we choose to — is the effort we put in to anything in life. 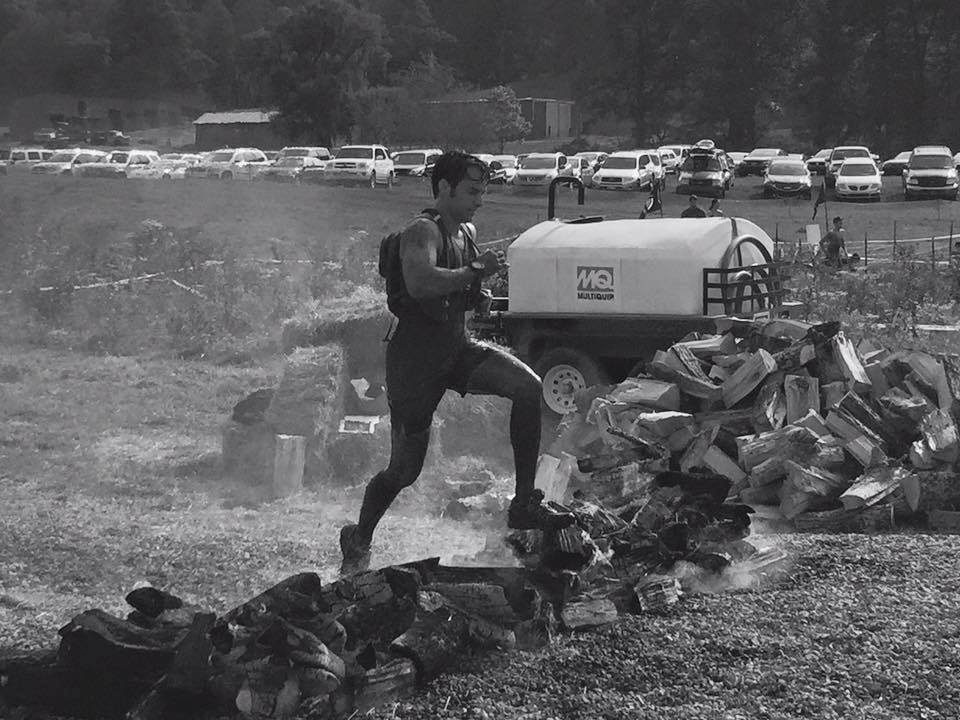 Any other tips for someone who might want to do ten “Murph”s next Memorial Day?

Build up slowly and you will have to get deep into training. I mean, put many hours into it i to see how your body will react and how you can overcome the problems your body will throw at you. I know from past experience that my body starts acting funny around the four-hour mark,  sometimes nausea, heat exhaustion, or extreme fatigue.

The point being that if I didn’t know what to expect and then my body started “acting up” then I could have been completely derailed. So if somebody has never done a workout for multiple hours, they haven’t learned how their body will react and won’t be able to mitigate any problems if they come up. Long story short, you have to put in the work and time.