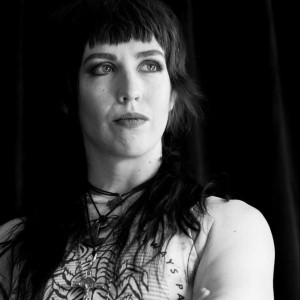 Finishing acting school in 2010 left Cara directionless and depressed, slinging drinks for work while half-heartedly and inconsistently auditioning. She had tons of ambition, but little discipline and no direction. After a psychologically devastating break-up, she decided that, even though she had had almost no athletic development since her early teens, taking control of her body would help her find stability and a way out of her depression. She started working at an NYC gym, and began studying under the training staff. She began like many do: by following Starting Strength’s 5x5 template, and then Jim Wendler’s 5/3/1, experimenting constantly while she learned. She developed a deep desire to challenge herself physically, and training helped her manage the mental health issues that had plagued her for years.
She did her first strongman competition in April, 2015, and has competed over twenty times since then, at the regional, national, and world level. She immediately became hooked on the sport (she has also dabbled in highland games, weightlifting and powerlifting, and aggressively stalks the various Dottirs on social media - that’s the same as trying Crossfit, right?).
Strongman helped her reconnect to her artistic side. She found strongman initially through the internet via sources like Starting Strongman and T-Nation, and she wanted to give back and experience the sport in a more cerebral way by writing. Her experience in strongman inspired aspects of her webseries, Asher, which features an athletic, stone-lifting protagonist.
Cara became a personal trainer in 2014, and strongman became not only a vehicle for personal and physical development, but it also transformed her professional life: She has trained with and learned from a wide scope of strength and fitness professionals, including Dr. Pat Davidson, Zydrunas Savickas, Liefia Ingalls, Dan Trink, Travis Mash, and Cara’s coach, Andrew Triana (of The Performance Vibe with Zach and Nicholas Hadge). She currently trains her clients in Manhattan, and they range from twenty-something-year-old strength hobbyists to grandparents and post-surgery/post-rehab trainees.
Cara is very interested in how strength training and competition become means of personal development, and much of her writing explores the more cerebral aspects of training. She believes that a good training environment, a strong goal and an intelligent program can changes lives far beyond just the body’s performance capabilities. You can learn more about her on her Instagram @captainstarbuck and at www.thecarabrennan.com.

BarBend covers a wide range of topics in strength, including training, nutrition, sports, news, analysis, reviews, and opinion. Whether you’re a seasoned lifter, new to the gym, or a dedicated strength sports fan, we’re your go-to source for the content you need to know!

Our team of in-house editors has decades of combined experience in strength training content. The majority of reviews on our site are written based on their first-person experience and testing. We also feature content from dozens of top contributing writers, coaches, and athletes from around the world. And BarBend’s Expert Network features medical professionals, trainers, and researchers who help verify the accuracy of our content, specifically select training and reviews topics. Content that is Expert Verified is indicated at the top of each corresponding article. We also work to keep our content up-to-date and indicate the day of the most recent editorial updates at the top of our articles.

BarBend is also the Official Media Partner of USA Weightlifting, the governing body for the sport in the United States.