Learn everything you need to know about the barbell row!

The barbell row is one of the most popular back training exercises for those on the quest of building a strong back. Outside of the deadlift, you’d be hard pressed to find another back exercise other than the barbell row that does as good of a job at loading and building a versatile, strong back.

For most lifters, the barbell row is used as a main compound movement, or a first accessory. Basically, since it’s a back exercise that targets so many muscles at once and can be loaded heavily, then it’s prioritized as a pillar in most training programs. In this barbell row guide, we’re going to cover a variety of topics including:

For the visual learners out there, check out our barbell row video guide below which covers a majority of these topics in-depth!

The barbell row has a ton of different variations and for the sake of this article, we’re going to discuss the standard barbell row and to perform it properly. Below, we’ll link out to other popular barbell row options to try!

If you’re taking bringing the barbell out of a rack off of j-hooks, then you’ll want to establish a stance that is similar to what you use in your traditional deadlift. Once you pick up the barbell, your stance might be a little wider when getting set prior to rowing and that’s okay. The big cue here to remember to is to pick up the barbell with intent and to not get lax with form just because the weight might be lighter.

2.
Pick Up the Weight and Brace

Once you’ve braced and picked the barbell, it’s time to brace and hinge to get into position. Think about grounding the feet, emphasizing on load displacement in the posterior chain, and brace the torso by thinking about breathing into the obliques.

3.
Hinge and Initiate the Row

Hinge the hips backwards and maintain a strong back angle and think “proud chest” to prevent unneeded torso/thoracic flexion. Keep the arms long and contract the lats to keep the bar from sitting on the legs or floating away from the body. Fix your head position in a spot that’s most comfortable for you with a gaze that’s looking around or above 6′ in front of the body.

4.
Row With the Lats

To initiate the row, think about pulling the elbows back together as if you were starting a lawnmower simultaneously on both sides.. This will help support a strong lat contraction and create better movement mechanics by keeping the chest “proud”. Pulling the elbows directly upwards and outwards can shift emphasis away from the lats and back musculature — hence — why we mentally cue a down and backwards elbow path!

When returning to the bottom position from the row, lower the bar with control and let the lats stretch before initiating the next row. A good goal to achieve for most beginners is to maintain a consistent torso angle in-between reps. Note, as weight gets heavier, there may be discrepancies in “picture perfect” torso angles, so work within a comfortable range that matches your goals/needs without technical breakdown.

The barbell row is a great exercise to employ because it works a variety of muscles all at once. When it comes to the best back exercises, the barbell row is one of the best for lifters trying to build a big, strong back. Check out the list barbell row prime movers and stabilizer muscles below!

The barbell row comes with handfuls of benefits for every type of lifter. It’s worth noting that often times a majority of the benefits that come attached with the barbell row entail which variation is being performed, along with its intent of use.

The barbell row, like the other compound movements, is arguably a must-have in your toolbox. Whether you perform them in every block, or once in a while, the barbell row is a useful skill to possess for every fitness level.

The hinge mechanics and back strength that come along with the barbell row can have carryover benefits at any level of fitness. From true beginners or iron veterans, the barbell is a useful skill to possess. 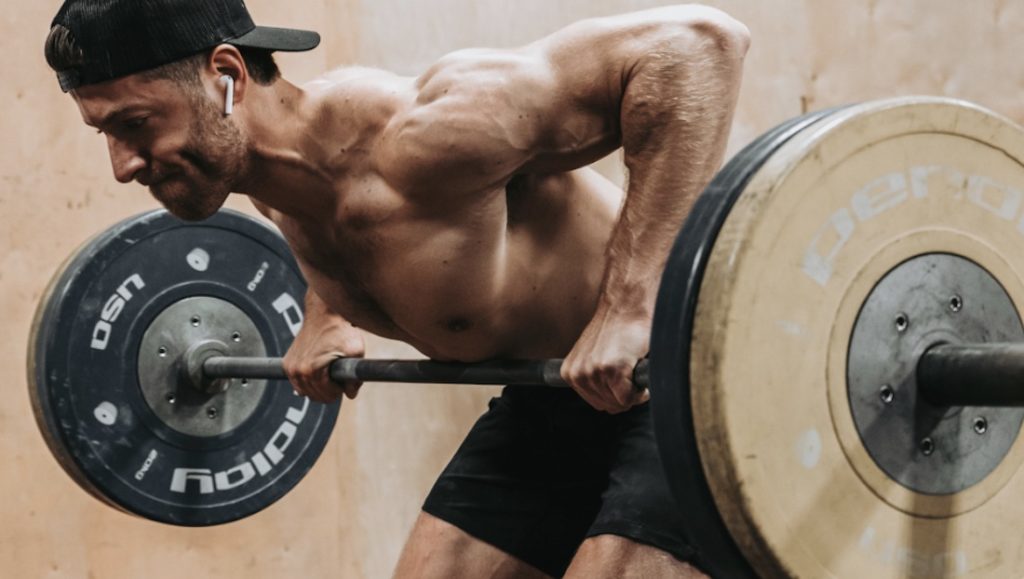 2. Strength Carryover to Other Lifts

Remember, the carryover will vary based on the barbell row variation performed, the volume employed, and the intensity used.

As a coach, the barbell row is one of my favorite movements to use when I want lifters to get comfortable expressing strength and power from a hinged position. Whether the barbell row is coming off the floor or from a floating position, the torso needs to be braced and hips have to be contracted to maintain mechanics.

For this reason, the barbell row is a great exercise to use when the expression of strength from a hip hinged position is the goal. This can have carryover to sport and other lifts as well.

When performing barbell rows there are a couple mistakes to avoid and be mindful to ensure you’re getting the most bang for your buck. Read below to see if you’re potentially falling victim to these common barbell row mistakes.

1. Using the Wrists as Prime Movers 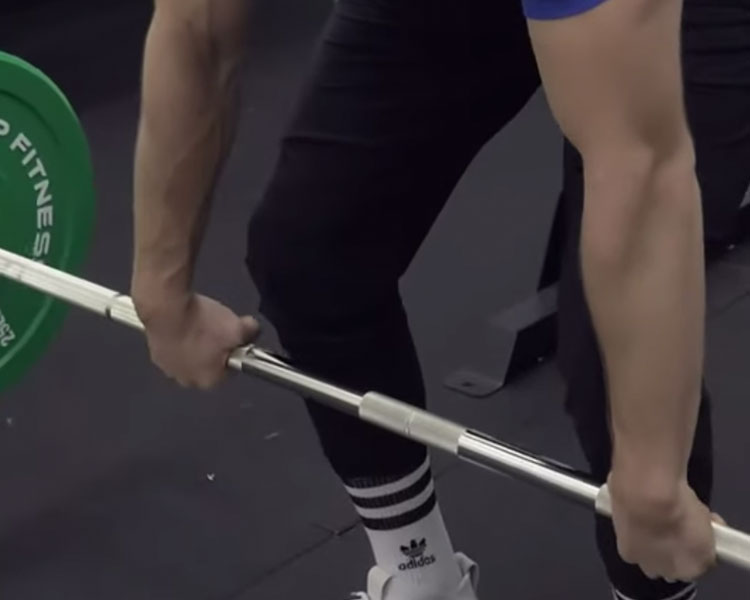 When performing barbell rows, the wrists and forearms should act like hooks and not prime movers. Flexion at the wrist can take away work from the true prime movers of the exercises, a.k.a. the back muscles listed above. 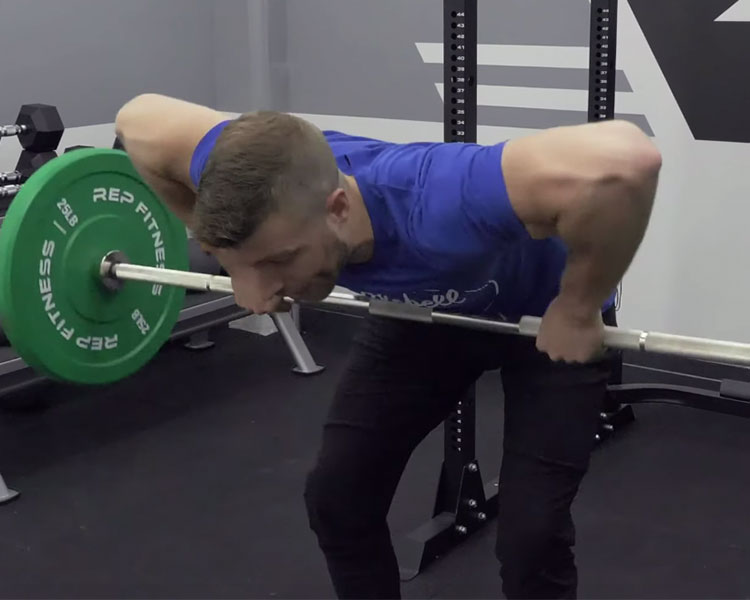 Another common rowing mistake is flaring the elbows outwards. In the barbell row, an outward flare of the elbows can result in the chest dipping and the prime movers being disengaged which is counterproductive to the goals at hand. 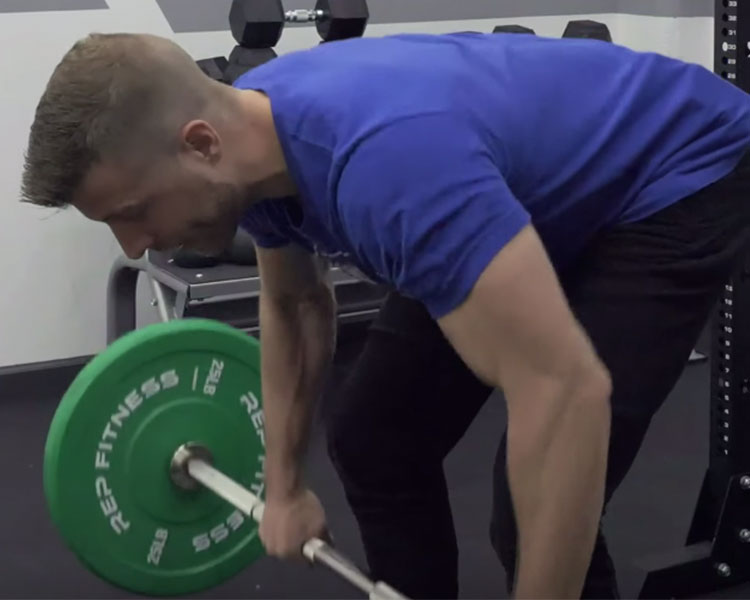 There are barbell row variations that call for a dynamic torso angle like an explosive row, but if you’re performing either bent over or traditional barbell rows, then the torso should be relatively consistent throughout each rep. Essentially, if the torso is drastically moving between reps, then the weight is likely too heavy for you.

One of the beautiful things with that barbell row is that it comes with multiple variations, which can then be scaled to match a variety of needs and goals. Check out some of our favorite barbell row variations below.

If you’re looking for a great barbell row variation that can be performed in nearly every setting it’s the dumbbell row. For beginners, the dumbbell row is a fantastic option for teaching lat contraction and setting the back, and for intermediate/advanced lifters this exercise is great for adding volume and hypertrophy work to a program.

Another fantastic barbell row variation that limits loading on the back is the seal row. For this variation, you’ll lie across a bench that is elevated with the barbell row on the ground just within reach, then proceed to row as normal using the lack of momentum to generate power.

Another great barbell row variation is the more explosive “Ed Coach” row. This row variation should be reserved for advanced lifters and will be performed similar to the traditional barbell row, but with a small caveat. That caveat being the explosive nature of the rowing portion of the movement.

So instead of keep the torso incredibly strict within a range, you’ll create momentum and the torso will slightly extend to create power in the row.

The inverted row is another great back exercise that mimics the movement patterns of the barbell row. This variation entails lifters pulling themselves to a barbell and is fantastic for focusing on general back strength and hypertrophy. Check out the video for the full how-to for performing this exercise.

The chest supported incline row is similar to the seal row, but often more feasible to perform due to the simple inclining of a bench, as opposed to elevating it with boxes or stacks of plates. This variation is great for limiting a ton of direct loading on the back and focusing on isolation of the lats, middle/lower traps, and rhomboids.

What muscles does the barbell row work?

Muscle activation will vary slightly depending on the row variation being performed. The following muscles are trained as prime movers with the traditional barbell row:

On top of these muscles, the barbell row will also train synergist and stabilizer muscles like the erector spinae, supraspinatus, infrapsinatus, and many more.

Yes. Beginners are perfectly fine performing barbell rows on a regular basis. Like every compound movement, the barbell row can benefit from being first learned under the watchful eye of a coach.

What are good barbell row progressions?

What are the differences between the dumbbell and barbell row?

One major difference between these two rows are that the dumbbell row is a unilateral exercise (one-side of the body) and the barbell row is a bilateral exercise. In addition, each movement will activate the core slightly differently. In a 2015 study published in the International Journal of Sports Medicine, authors suggested that the dumbbell row was slightly better at activating the external oblique compared to the barbell row. (1)

The barbell is a fantastic back exercise for building strength, size, and power. Whether you’re brand new to training or weathered iron fanatic, the barbell more than likely deserves a spot in your training arsenal.