BCAAs vs EAAs – Which Is Best for Your Goals?

Typically used as a means to provide energy when training on an empty stomach and to stimulate muscle protein synthesis during long periods without ingesting protein, BCAAs are certainly more popular and have a longer history dominating supplement shelves, but in recent years many experts have slowly stopped recommending BCAAs. Sometimes in favor of EAAs, sometimes in favor of nothing, having decided they’re not actually all that effective.

So what should you know about these products? To help us out we’ve spoken to Ben Esgro, MS, RD, who co-founded the supplement company Denovo Nutrition, to answer a few questions:

What Are BCAAs and EAAs?

One of protein’s main functions is that it helps build and retain muscle. Protein is largely made up of 20 amino acids.

Of those 20, nine are essential, meaning the body can’t produce them on its own and they need to be consumed through food. These are the ones you find in EAA supplements: phenylalanine, valine, threonine, tryptophan, methionine, leucine, isoleucine, lysine, and histidine.

Branched chain amino acids are essential amino acids, which is important to note — BCAAS are EAAs — but they have a slightly different chemical structure. Their side chain is branched, which allows them to have a different metabolic role. There are three in total: leucine, isoleucine, and valine, and they’re what you find in BCAA supplements. Why are they so special?

Why Do People Take BCAAs?

Because of their structure, they digest extremely quickly.

“Actually, ingesting BCAAs orally is very similar to having an injection of them, that’s how rapidly they’re absorbed,” says Esgro. “Most things go to the liver first before circulating around the body. BCAAs are unique in that they bypass liver and can go directly to muscles, so I think that’s where this concept started. And they can actually be oxidized in muscle for energy.”

So the reason you’ll usually hear why people take BCAAs is that they give them some energy during fasted workouts and they stimulate muscle protein synthesis. (Leucine in particular has a close link to muscle protein synthesis, which is a process that switches on genes responsible for muscle gain.(1)) Now, muscle gain is vastly more complicated than these three amino acids: your workouts and total calories are hugely important, also your sleep, micronutrients, and more.

But when it comes to BCAAs, the theory is they help preserve muscle by boosting MPS, which would be useful for muscle gain if  you’re not eating much protein or taking a long break between meals. And, yes, they can give you energy without carbs because they zip to the muscles so fast. That’s the theory.

It’s fair to say BCAAs have gotten a bad rap lately. While early research was promising as far as suggesting that they can help you retain lean muscle and work out harder on low calories, there’s no shortage of experts who feel that there are more studies suggesting no effect, with the likely exception that they appear useful for helping to reduce muscle soreness.(2)(3)(4)

“A lot of things in supplements start out on a great idea or a great hunch and sometimes fall apart with research.” says Esgro. “And that seems to be the case with BCAAs.” 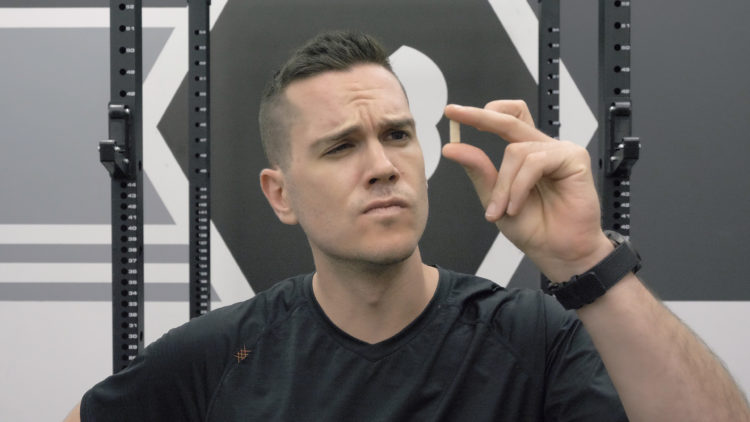 Are EAAs Better Than BCAAs?

So many have been turning to EAAs instead. Why? A more complete amino acid profile is probably better for the muscles.

There’s not a ton of research here, but a 2017 study in Frontiers in Physiology concluded that the BCAA leucine is useful for increasing muscle protein synthesis but EAAs are better at sustaining it, a 2016 randomized controlled trial found EAAs are better for protein synthesis (even if the effect is largely because of BCAAs), and one study from Robert Wolfe went so far as to say that BCAAs are so incomplete that they’re catabolic — they’ll make your body pull amino acids from elsewhere in the body.(5)(6)(7)

That last one might technically be true, but it’s doubtful it’ll make a practical effect.

“Whenever you’re making new proteins, you need all the amino acids available to convert into new proteins,” says Esgro. “And one of the problems with BCAAs, if you only have the three of them you have a limiting source of amino acids. If the rest aren’t available through diet, you may pull them from somewhere else or the protein synthetic process will stop. But knowing enough about physiology, it’s not going to shrivel you up to pull aminos from your body. I fail to see, practically, how that would cause an issue. I think that’s more something for academics to argue over than for gym goers to argue over.”

The point is that these days, experts and research tend to suggest that if you’re going to take BCAAs or EAAs, you’re probably better off with the latter for boosting muscle protein synthesis.

Is It Better to Eat Food Than Take Amino Acids?

“Theoretically, you can provide rapid energy during a workout from BCAAs,” says Esgro. “Where that starts to fall apart is, well, glucose can do that too. And glucose can provide ATP.”

(ATP is basically energy for your exercise.)

“It seems ingesting glucose alongside some source of amino acids will improve protein synthetic response,” he adds. “It does get nitty gritty in that BCAA can release a small amount of insulin as well, but it’s a different amount of insulin release compared to how glucose does. That’s where it gets technical, but I think for the relevant level we’re at, a small amount of glucose will improve protein synthesis.”

That comes from food. Basically, Esgro tiers the “what’s best to have before a workout” options like this:

So BCAAs are probably better than nothing, but you’re better off eating food, or at least some whey. Why? The insulin will help you build muscle, plus there are plenty of components in whole foods that can help with performance as well, like conditionally essential amino acids, which can be anti-catabolic. Whey protein contains immunglobulins, which might be useful for immunity, and so on. There’s just more in food than isolated amino acids.

“I get the fear of glucose, yes it’ll make you release insulin, but if you’re burning enough calories and you fit it into your caloric allotment for the day, you can achieve the same things through glucose because again, insulin signaling will stop muscle protein breakdown,” says Esgro. “Yes, carbs aren’t directly anabolic, but they are anti-catabolic.” 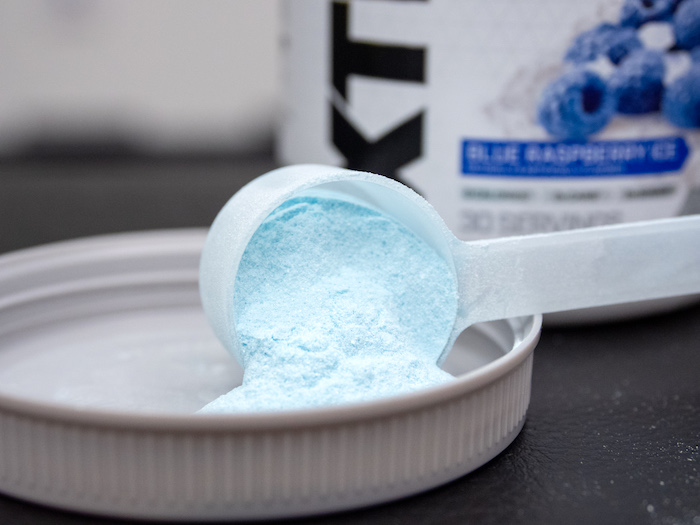 Once again, and this is often the conclusion to sports nutrition articles, the take home is that your total calories, protein intake, and workouts are practically everything when it comes to how your body looks and performs. Supplements barely enter the equation.

If you feel better taking BCAAs or EAAs, then keep doing it! It’s just worth experimenting with your options — whey, EAAs, BCAAs, food, nothing — and seeing how you feel when you work out. Because provided your calories and protein are in check, whichever of these choices that results in you cranking out an extra few reps is the one that’ll make the difference.