In 2013, my husband was offered a job at the University of Alabama, so we moved to Tuscaloosa, AL, and I got a job working in a local CrossFit® gym. At first, it was a culture shock, but I was given the opportunity to run weightlifting classes for the members. Even though some of these athletes had been doing CrossFit for a few years, I found that most of their weightlifting improved similarly to beginning weightlifters. 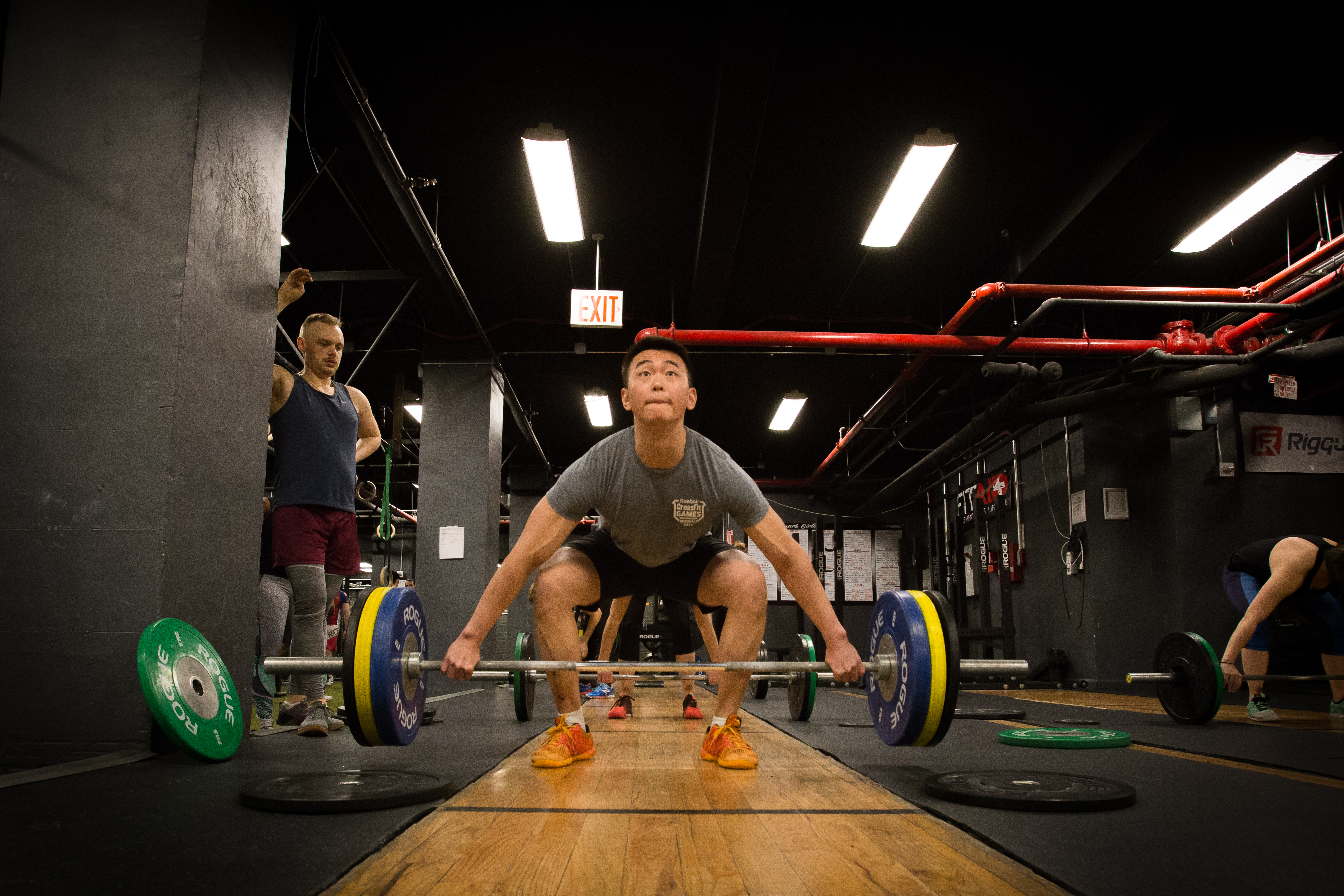 I cannot say for sure, but I think they were attempting to learn so many different movements and exercises, that they hadn’t yet taken the time to learn the Olympic lifts efficiently. The coaches at the gym were actually very knowledgeable in the Olympic lifts, but with a one hour session, it makes it difficult to develop the lifts the same way of a competitive Olympic lifter while still providing the variety that clients want. Some of the athletes I worked with had goals to improve their Olympic Lifts and complained that they had not reached personal records recently.

I focused on three specific things to get these fitness athletes closer to their weightlifting goals.

Get them comfortable with the finish

These athletes are spending time trying to master a lot of different exercises, so their focus is generally directed towards skill exercises like butterfly pull-ups and double unders, and they’re not always put on building the traditionally strength lifts. With the athletes I worked with, building their front squat and overhead squats maxes was generally where they saw the biggest benefit. Most were snatching and cleaning within a few pounds of their strength maxes, so adding general strength gave them success in multiple lifts. Improving the general strength levels for these athletes was not only necessary for PRs to happen, but it also gave them a better chance of preventing injury because the lifts became less of a gamble.

#FBF to one of my favorite weightlifting moments, also showing I sure CAN jump that high.  #catalystathletics #jump #vintagephoto

In addition, I also limited the amount of misses they were allowed to have before lowering the weight or moving on. I read a tip from Oly Concepts Coach, Danny Camargo: “The body is quick to remember movements we create under fatigue and frustration…. Muscle memory will develop from both good and bad movements, whichever is more frequent.”

Controlling the failures not only helped them to prevent ingraining poor movement patterns, but also prevented them from building a fear of failure. They hopefully remembered their success over the failures, because I tried to keep the failures to a minimum.

In the gym, these athletes were used to doing almost everything for time. In some gyms, they will dedicate a portion of the class to technique or strength in the beginning or during open gym hours, but in almost all cases there’s a metcon dedicated to lightening speed with quick repetitions that may not always meet traditional weightlifting standards.

I’m not asking this to change, but I would suggest adding more full movements to counteract these habits. The methods used to quickly cycle through these repetitions often shorten the movement or slightly change the movement pattern to shave off seconds. To add balance, I would designate time to work on the competition lifts, snatch and clean & jerk, as well as front squats, back squats, and overhead squats to improve the strength and range of motion in them. After all, the RX weights are getting heavier, so a little extra strength could never hurt.

I always tell fitness athletes that there are two techniques; one for speed, and one for strength. From my experience in the National Pro Grid League, I realized that the two are very different, and both need to be trained in order to become efficient. However, strength generally takes longer to develop than cardiovascular improvements, so be prepared to continuously designate time to these movements if you really want to see the benefits. If athletes improve their general strength levels, limit misses in training, and designate time to train the full lifts, they will not only find improvements in their Olympic lifting, but it will also transfer into improved times in metcons and better efficiencies in their strength.