This is a fantastic triceps exercise that comes with a ton of variations.

When the average gym-goer thinks about training their triceps in isolation, the pieces of equipment that come to mind are barbells, dumbbells, and cables (or bands for you CrossFitters). What if I told you that your own bodyweight could be used to train your triceps?

You would immediately think that I am referring to dips and push ups. Yes, both of these exercises fit the criteria for training the triceps and using bodyweight, however, these are compound movements. We are looking for a movement that will isolate the triceps.

Want to know the real answer to my question above? Bodyweight skull crushers.

The bodyweight skull crusher can be performed with a barbell in the squat rack or on a Smith machine. Place the bar at belly button height and stand an arm’s length away. From there, take a big step back and you are ready to go. 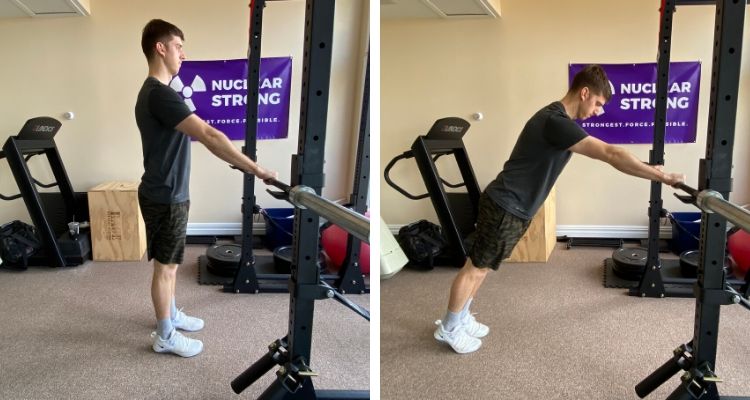 Before initiating the movement, engage your core by squeezing your rib cage into a locked down position. Lower yourself by bending at the elbows and traveling your head forward. Always make sure that your elbows are tracking in a straight line, as opposed to flaring out to the side.

The goal is to finish by meeting your “skull” to the bar and having your elbow crease at 90°. 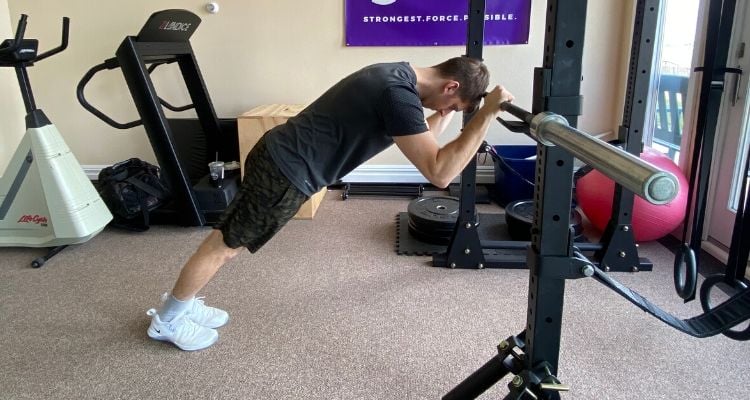 Bodyweight skull crushers have all of the same benefits of the weighted skull crusher: triceps strength, carryover to pressing exercises, and chasing a pump.

So what are the benefits of choosing the bodyweight variation over the weighted variation?

As with any other bodyweight movement, you must control your entire body throughout the exercise. Having spatial awareness while performing a triceps isolation exercise is not something that you will achieve to the same degree using a barbell, dumbbell, or cable.

If you are getting achy joints from a traditional skull crusher, then the bodyweight skull crusher may be a good fit for you. The amount of stress and range of motion on the elbows can easily be limited by placing the bar higher. Not to mention, you eliminate the external load that is acting on your elbows.

Maybe you train at a CrossFit gym or in your garage where you don’t have EZ bars or a huge selection of dumbbells. To perform the bodyweight skull crushers the only thing you need is a barbell and a squat rack (something most bare-bone gyms can accommodate). 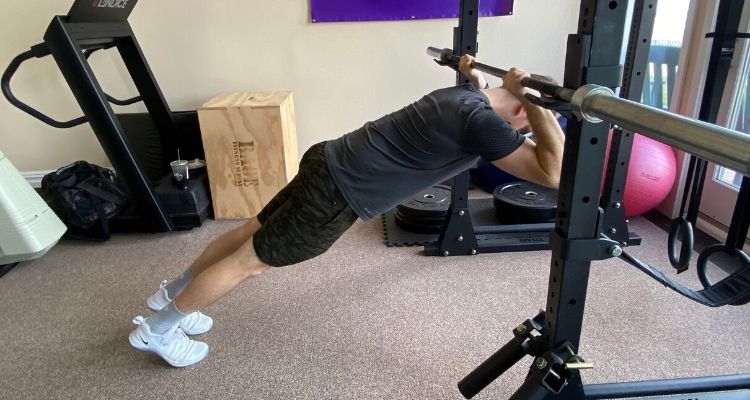 The deep flexion variation of the bodyweight skull crusher follows all of the same guidelines as the standard variation mentioned above. The only difference is that instead of ending with your “skull” at the bar and elbow crease at 90°, you will go into a much deeper position.

Your elbows will travel far forward and your head and neck will go underneath the bar. This range of motion is similar to an overhead tricep extension. 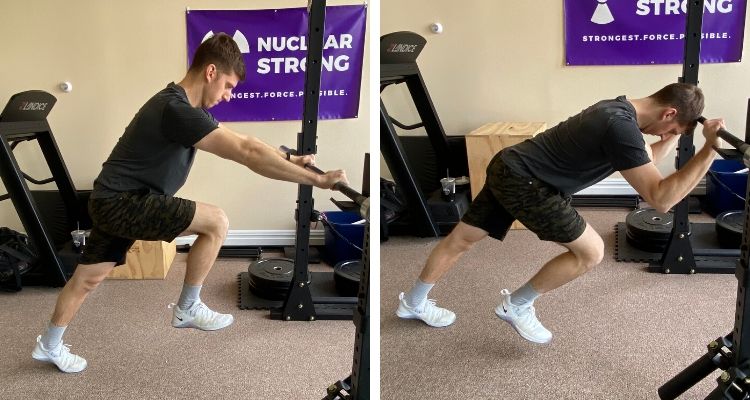 Perform the bodyweight skull crusher while raising one leg into a bent knee position. This will add in the extra challenge of stabilizing the hips and core while lowering yourself. This variation can be great for someone who wants to work on total body control.

Start the movement as you normally would, but lower yourself over the course of 3-5 seconds. Instead of extending your elbows and finishing the rep, just take a step forward and stand up. Reset yourself at the start position and perform another negative rep.

This is a great way to introduce a beginner to the movement or for someone who experiences elbow pain while extending the elbows. 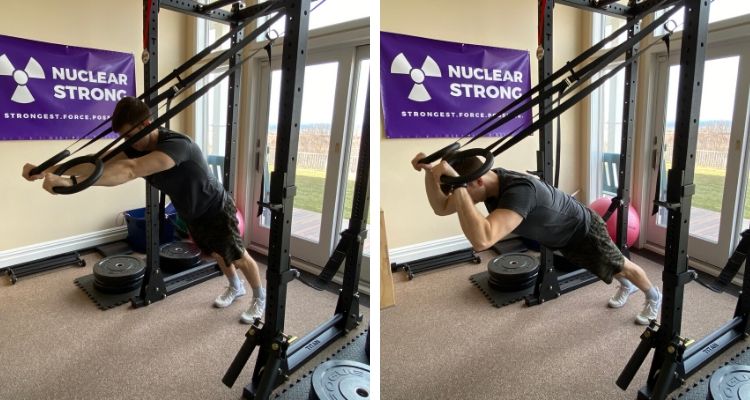 Using a set of rings or a TRX is a great way to perform the movement while allowing each arm to work individually. This variation would be best for someone who is interested in correcting imbalances between both arms. 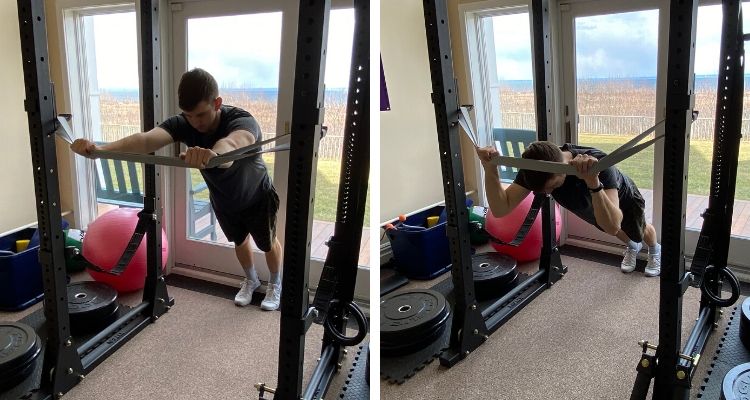 Replace the barbell with a thick band wrapped around the J-Cups. Make sure you place the J-Cups higher than normal, being that the band is going to lower a few inches when you grab it.

Perform the skull crusher as you normally would, but now your upper body will be challenged by the unsteady surface you are working on.

6. Bodyweight Skull Crushers on the Floor 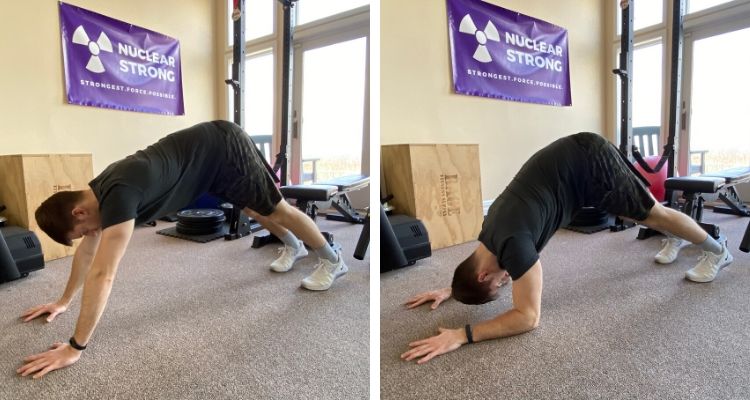 Start in a downward dog position. Bend at the elbows until they reach the ground. In this variation, you do not want your head traveling forward due to the stress that will be placed on your elbows.

Instead you want to keep your eyes gazing at your feet. The range of motion is much shorter than the other variations, but still gets the job done. 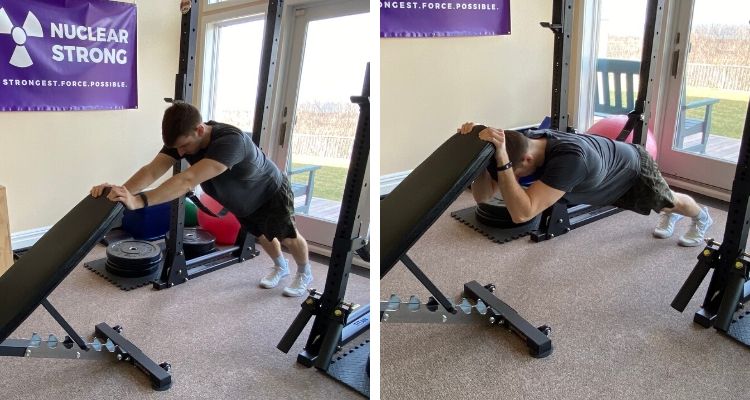 Stand behind an incline bench, placing your hands at the top of the pad. Perform the bodyweight skull crusher as described above. This variation forces you to keep your hands in close, which may feel better on your elbows.

Similar to the standard variation, the higher the bench is set, the easier the movement is to perform.

8. Bodyweight Skull Crushers on a Box 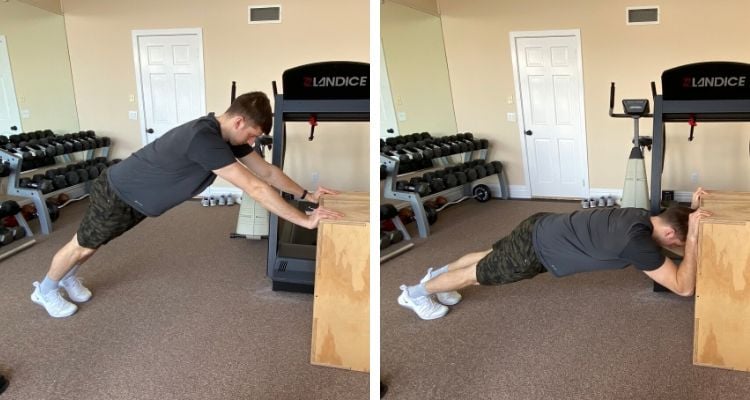 Push a box up against the wall and place your hands at the edge of the box. Get into the start position and lower yourself to the point where your entire forearm is flat against the side of the box. This variation forces you to come to a dead stop against the box, leaving you to perform a very strict tricep extension.

Most boxes are lower than your belly button, so make sure that you have mastered the standard variation first! 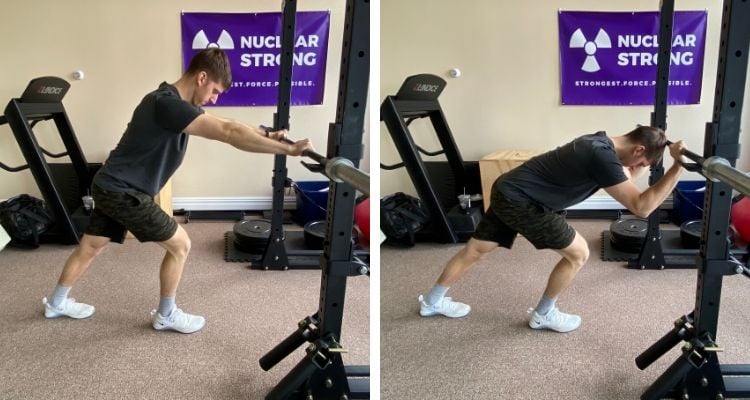 Assume the normal start position for the bodyweight skull crushers, then place one foot forward with your knee slightly bent. This will reduce the amount of bodyweight that you need to control. This variation can be used for a beginner who is still developing tricep strength.

Skull crushers are one of the most common exercises for direct triceps training, but they have been performed the same way forever. If you are looking for a change to your training routine or in search of a new challenge, give the bodyweight skull crusher a try. It hits the mark on triceps isolation, displays great body control, and you can do them just about anywhere!