Squat Vs Deadlift: Which Is Better for Strength, Mass, and Power?

Two kings of the exercise jungle showdown for an epic battle over strength and mass.

The squat and deadlift are both argued to be the “king” of the exercises, and there can only be one king, but is that the right way to look at this?

The reality is, the squat and deadlift should both sit atop the throne. They’re fundamental movements to conquer in both the gym and daily life, and both exercises are phenomenal for building full body strength. On top of that, they’re great exercises for supporting sports performance and adding quality mass to the body.

Instead of considering one being better than the other, it’s better to figure out the context in which you plan and want to use each exercise, then narrowing down which movement is better for your situation. In this article we discuss the squat and deadlift and what muscles they work, which is better for strength and mass, and which is most fatiguing.

The squat and deadlift are both compound movements that utilize multiple muscles in the body. The deadlift is a pulling exercise and the squat is a pushing exercise. Each movement has their respective lists of prime movers and stabilizer and synergistic muscles.

Below, we’ve highlighted the squat and deadlift’s prime movers and synergistic and stabilizer muscles. It’s important to keep in mind that the lists of muscles below will all be activated at different amounts throughout various ranges of motion within each exercise.

Squat vs Deadlift: Best for Strength

When it comes to strength, each movement will excel in certain settings. Instead of thinking about one being always better than the other, think about what you’re trying to strengthen.

Instead of thinking about one being always better than the other, think about what you’re trying to strengthen.

In a 2018 study published in the Journal of Strength and Conditioning Research,focusing on the hip and knee kinetics during the squat and deadlift, the authors made a few suggestions based on their study (1). Both exercises were useful for training hip and knee kinetics, however, the squat is a better tool for strengthening knee extension, and the deadlift is slightly better for training hip extension.

If you look at the two lifts objectively, then it makes complete since as to why each exercise strengthens a certain area of the body over another. When taking into account each movement’s range of motion and the mechanics required to perform them successfully, it’s pretty easy to see how a squat is better for training knee extension and a deadlift is slightly better for hip extension.

If you’re new to strength training, then a simple way to compare the deadlift and squat for strength is to assess what you want to train.

Is There Strength Carryover?

Why is this? It’s tough to say definitely, but we can look at it from a few objective points of view.

That’s not to say that strength gained from the deadlift won’t have carry over to the squat, because it will. However, the degree in which it will carry over will usually be slightly less.

Squat vs Deadlift: Best for Mass

We’ll look at the concept of mass similarly to how we looked at strength for the squat and deadlift.

When it comes to building mass — assuming your intensity, volume, diet, and so forth are all accounted for — the best way to decide which exercise to choose is to assess where you want the most mass on your body. If you train a compound movement like the squat and deadlift more frequently, then you’ll accrue mass in the areas where the muscles are being used and taxed the most.

For example, if you want to build a thick back, then deadlifting more often can assist with that goal. For thick legs, squat more. Sure, there will be carryover for mass between the two, but targeting areas on the body based on the movement’s prime movers and focal points can speed up the process for building mass in more specific areas.

Squat vs Deadlift: Which Is Most Fatiguing?

Both exercises are incredibly fatiguing, but everyone will respond differently to how their fatigue is perceived.

This is useful information to understand because if we know which movement is the most fatiguing, then we can nail down exercise selection more appropriately for our training and structure back-to-back workout days accordingly.

Leverages can be a pretty useful indicator for predicting overall fatigue with the squat and deadlift. For example, things like femur and torso length, hip capsule depth, and so much more can influence how fatiguing each exercise is for certain individuals simply due to the mechanics you need to achieve to perform them.

For example, taller individuals might find that squatting takes a lot out of them due to their larger range of motion, while deadlifting might not be quite as taxing.

One’s muscular strengths and weaknesses can also play a role in overall fatigue. Generally, if you see someone who is anteriorly (front) or posteriorly (backside) dominant, then you can usually guess which movement will be more fatiguing.

For example, if you have extremely strong glutes and hamstrings, but weak or lagging quads, then the squat may feel tougher for you when working at higher intensities. 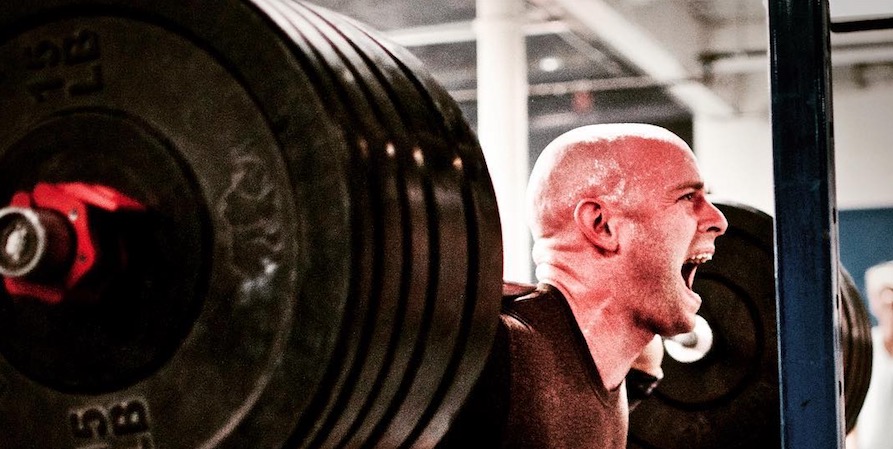 The final way you can consider fatigue with the squat and deadlift is through a literature-based scope. Typically, you’ll hear athletes say that the deadlift is more fatiguing than the squat – assuming intensity and volume are equated – but is that necessarily true?

In a 2019 study published in the Journal of Strength and Conditioning Research, authors had ten trained men undergo 8 doubles with 95% of their 1-RM for the squat and deadlift (2). Before squatting and deadlifting, the authors recorded multiple variables that would indicate acute signs of central and peripheral nervous system fatigue.

Following the lifting session, the authors suggested that both groups displayed similar levels of central neural fatigue, however, the squat group had slightly higher indicators for peripheral nervous system fatigue (their force output was decreased to a higher degree). The authors suggested that this could have been due to the greater range of motion and quad usage the squat utilizes.

The squat and deadlift are both awesome exercises for building full body strength and adding mass to one’s frame. When it comes to choosing one over the other, consider the goals at hand and create a hierarchy of personal needs. If you want stronger and thicker legs, opt for the squat, and if you want to build a big back, reach for the deadlift!

My advice: Use both and rotate them with through your training blocks with a heavier emphasis on one over the other based on your overarching goals.

2 thoughts on “Squat Vs Deadlift: Which Is Better for Strength, Mass, and Power?”