The Elephant-Lifting Guru Who Found Enlightenment in Strength

“The Dalai Lama meets The Incredible Hulk” is how one awestruck newscaster described the feats of Sri Chinmoy, who may have been the world’s only strongman spiritual guru.

He’s (literally) lifted up Muhammad Ali, Desmond Tutu, and Nelson Mandela, who called Chinmoy’s work “in the interest of the entire humanity and the world.” But his most incredible lifts include supporting the weight of a grown Indian elephant (while Olympian Carl Lewis was riding it) at age 55 and, later in life, supporting the weight of a 2,229-pound card for thirteen full seconds.

Sri Chinmoy, who passed away in 2007, used his strength to draw attention to his work. After migrating from Bangladesh to New York City in the 1960s, he opened a meditation school that eventually expanded its locations to more than forty countries around the world. When he would lift celebrities, helicopters, airplanes, and elephants, people would take notice.

“You can’t go to a newspaper and say I want to speak about peace and compassion, they won’t be interested,” said three-time Mr. Olympia Frank Zane in a documentary about Chinmoy, Challenging Impossibility. “(But if) you’re lifting a thousand pounds, there’s some interest.”

So, what was his message? While born into a Hindu family, Chinmoy insisted he belonged to no religion, only seeking to unify himself and humankind with a God that is too big for any one faith. He believed that negative qualities prevent that union from happening, and taught that meditating on love and unity is what will bring us closer to experiencing oneness with the Divine. (“When your love is pure or spiritual, there is no demand, no expectation. There is only the sweetest feeling of spontaneous oneness,” is one of his better-known quotes.)

What Does All This Have to Do With Strength Sports?

Improving physical strength tied into Chinmoy’s belief in self-transcendence; the goal of making progress in life, exceeding our self-imposed limits, and becoming a better human being. He hoped to show that through wisdom and God’s grace, there’s no such thing as impossibility.

“I am trying to be of some inner service to people who want to go one step forward,” he explained. “They don’t have to lift two thousand pounds, but perhaps they will take the inspiration that I am offering and make the effort to do something in their own lives which they previously thought was too difficult or impossible. In any field they can get inspiration to do something better than what they have been doing.” 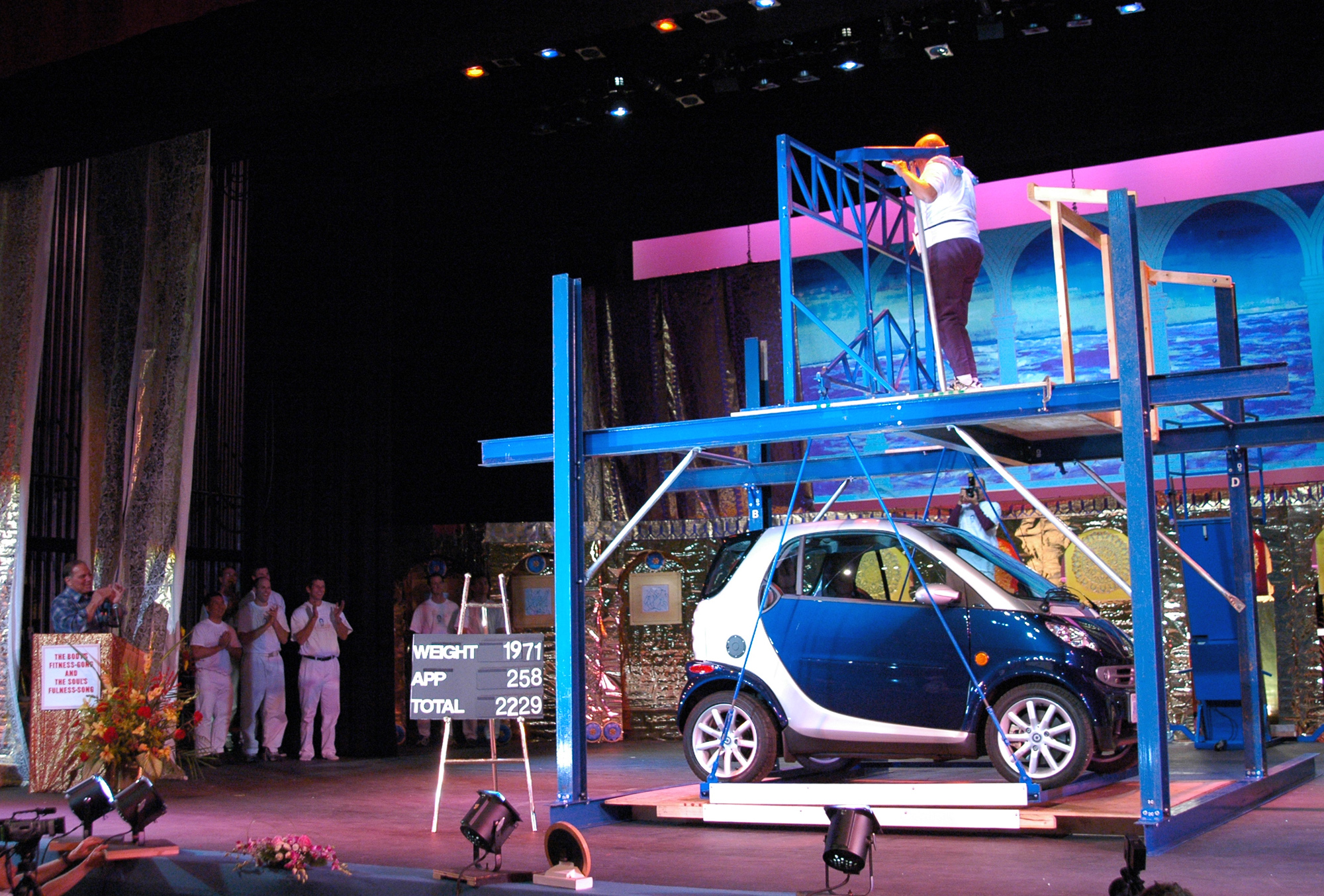 A devoted teacher and practitioner of meditation, he also taught that crushing new PRs (our words) is itself an exercise in meditation. “My focus is only on one thing: on the weight, on the thing I am lifting,” he said. “I do not allow even an iota of thought to enter into my mind.”

His approaches earned him a devoted following among strength athletes all over the world, from bodybuilders like five-time Mr. Universe winner Bill Pearl (who claims that Chinmoy had a glowing halo the first time they met) to Strongman Super Series world champion and two-time North America’s Strongest Man, Hugo Girard.

“When I first met Sri Chinmoy, I must say I was impressed with his lifting, but I was mainly impressed with the spirituality and the energy that came out from him,” said Girard. “He makes you understand your own potential by him achieving his own potential.”

In a New York Times interview, Girard discussed one of Chinmoy’s greatest lessons.

“It’s not the size of the stone I lift – it’s the reason I lift. You get to the place where it doesn’t matter how much something weighs, it’s going to move. If you think how much it weighs, you’re going to fail.”

When we say some of his purported feats were incredible, we do mean incredible – some of them, like supporting 7,000 pounds with one arm, aren’t believable. They just aren’t. But many of his demonstrations of strength are on camera, and it’s worth remembering that Chinmoy wasn’t hoisting cars and elephants overhead, he was supporting their weight via a specially-designed platform that placed the load on his shoulders, which he would typically lift with a very, very shallow squat.

“He’d lift anything heavy, period,” says Bill Pearl. “He didn’t have to hold it for ten seconds or fifty seconds, he didn’t have to lift it up and down. If there was air between whatever it was, Guru was happy.”

Even with these constraints, Chinmoy was no stranger to allegations of fakery, particularly since the man didn’t start weight training until he was fifty-four years old. That’s why, in addition to claiming he could partial squat 1,600 pounds, he also lifted objects that would be a lot harder to fake.

“I don’t care how much leverage you’re using, you can’t fake a picture with an elephant!” said Dan Lurie, four-time “America’s Most Muscular Man” winner, magazine publisher, and holder of an 1,810-pound back lift PR. “People used to write to me and say, ‘Why are you giving him publicity? He’s using leverage.’ I’d say, ‘Even with the leverage, you need the strength.’” 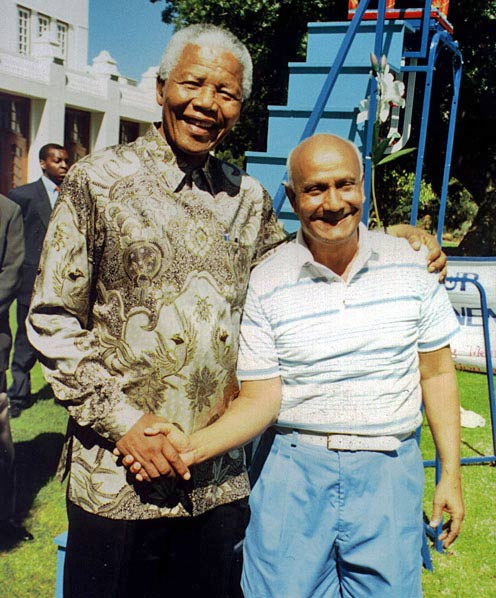 The Legacy of Sri Chinmoy

To many, Sri Chinmoy was the embodiment of goodness and purity. Frank Zane, a longtime Buddhist, considered him a Bodhisattva, a soul capable of transcending our earthly realm but selflessly remains in order to teach compassion to others.

But we’d be remiss if we didn’t state that some years after his death, allegations of sexual impropriety surfaced from some of his former devotees. While difficult to confirm these allegations postmortem, it seems likely that Sri Chinmoy may not have been as virtuous as he led people to believe.

And if you haven’t watched the videos in this article – and even if you have – you can be forgiven for calling B.S. on a wiry seventy-something supporting a car. His murky past, coupled with his breathless admiration by strongmen, bodybuilders, monks, and meditators, might seem a little off. And if his followers are so devoted to him, isn’t there a chance the videos have been faked?

As Chinmoy would say, anything’s possible. (Although it should be noted that many of his feats, including a four-hour lifting demonstration in Madison Square Garden, were inspected for fakery and passed.)

If you still don’t buy it, his followers would want you to simply bear in mind the words Muhammad Ali used to describe him.

“Sri Chinmoy is a very spiritual man. I feel the reason Sri Chinmoy lifted this weight is because of his love of God and belief that through God all things are possible. This man has done the impossible because of faith, wisdom and love of God.”

Featured image by B.Pollisar and srichinmoycentre.org, licensed under CC BY-SA 3.0