Most everyone remembers the first time they trained their biceps. The feeling of a nice pump, maybe you saw some veins popping…ahhh…what a sight and feeling to be had.

Contrary to popular belief, the biceps have a much bigger purpose for our body than aesthetics.

In fact, the biceps are involved in a majority of the foundational exercises performed every day in the gym.

Biceps exercises include both isolation and compound movements, which include things like rows, curls, pull-ups, and much more. They’re involved in some capacity in almost every pulling movement and even play a small role in competitive lifts like the snatch and clean & jerk.

Now, they might not be the prime movers in things like the squat or deadlift, but they’re incredibly important to develop in order to create a balanced and strong upper body as, especially when pressing frequently. Below, you’ll find our favorite biceps exercises, guidelines on how to train them, and much more. 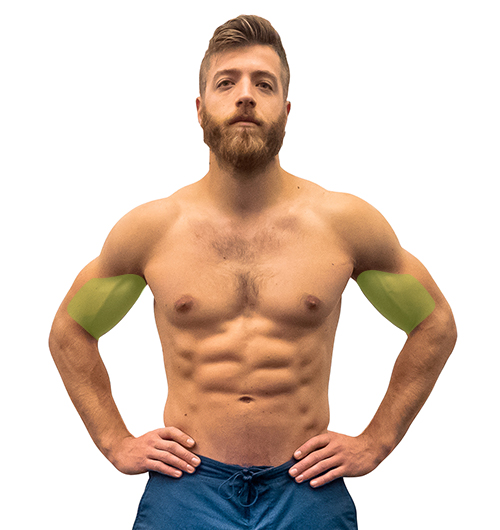 The chin-up is one of the best exercises to build strong biceps, while also developing the upper back and forearms. Chin-ups are great for couple reasons. First, they’re easy to track and overload by adding reps, and weight. Second, they’re multi-joint, so again, you’re building strength in multiple areas, which will have carry over to other movements — regardless your sport, fitness level, or goal.

Chin-ups (and pull-ups) can be a tough movement to accomplish for newer athletes. If you’re newer to chin-ups, check out our beginner chin-up guide! 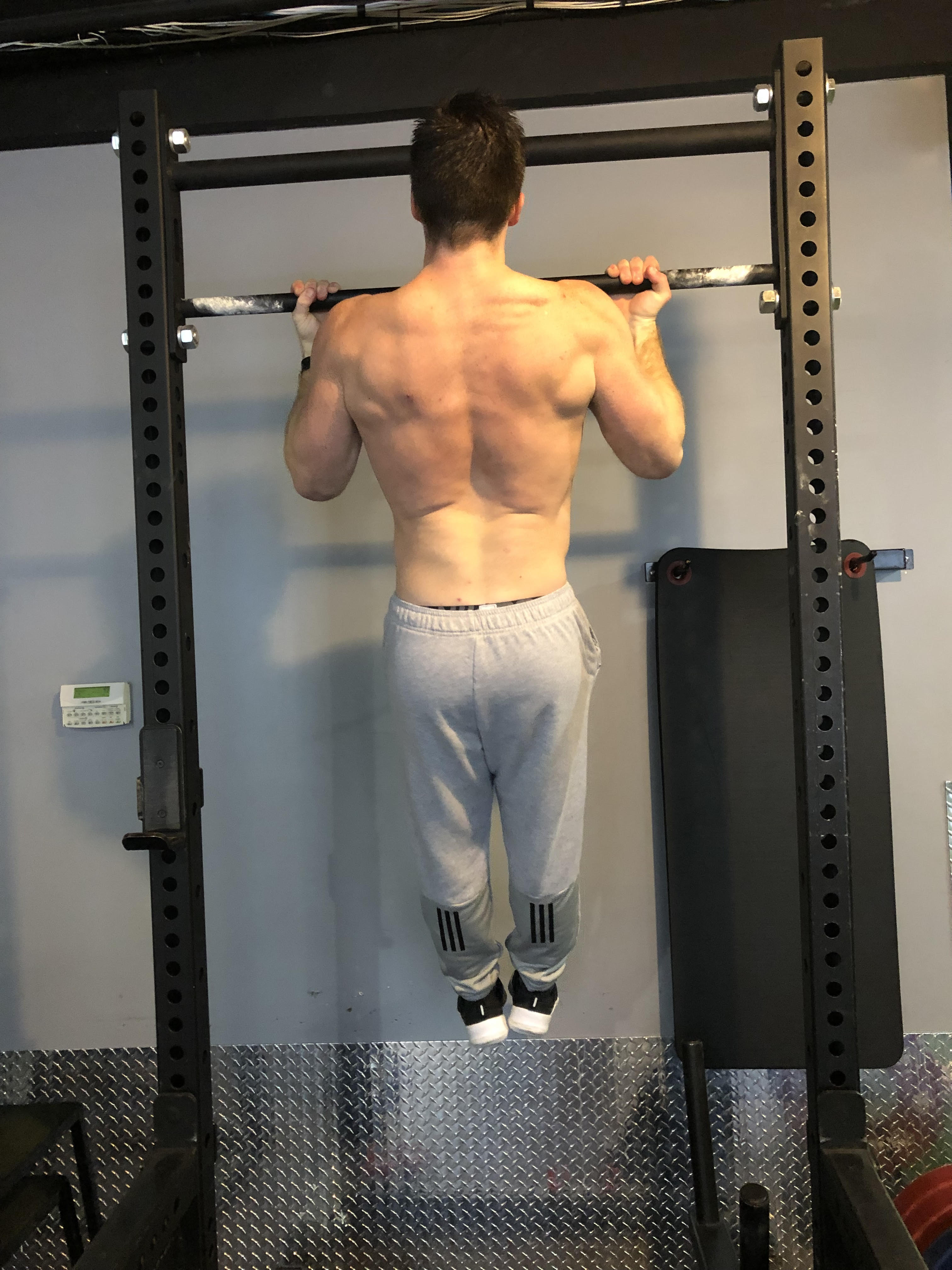 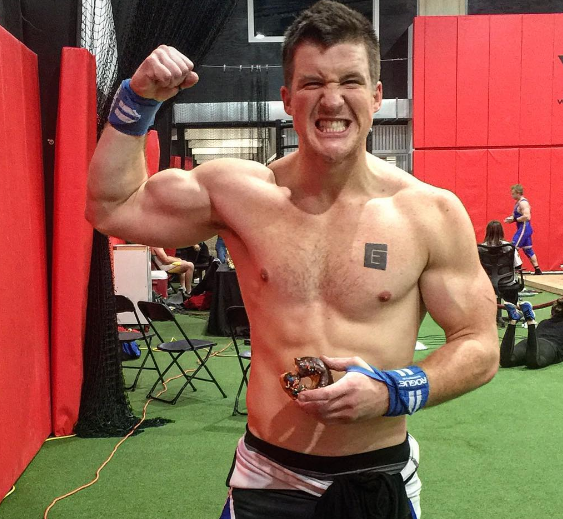 Oh yeah, we couldn’t pick our favorite biceps exercises without ranking the tried and true biceps curls pretty high on the list. This exercise probably doesn’t need much of an introduction, but curls are great because they require relatively low energy and focus, so they can be easily added as an accessory in most workouts.

The main reason barbell curls (and its variants) make our number two spot is due to their high EMG ratings. A 2018 study in the PeerJ Journal suggested that barbell and ez-bar curls facilitated higher biceps brachii activation throughout the concentric and eccentric portion of the curl compared to dumbbell curls (1).

Read our Biceps Curl Guide and learn about some of their variations!

Another one of our favorite biceps isolation exercises is the hammer curl. The hammer curl can be performed standing or seated with a dumbbell and with two arms or one, so it’s an awesome exercise to add into a program for both bilateral and unilateral work. If you’re trying to focus on biceps isolation and increased biceps training volume, then hammer curls can be a great bet.

Read our hammer curl guide and learn how they’re great for the biceps and forearms! 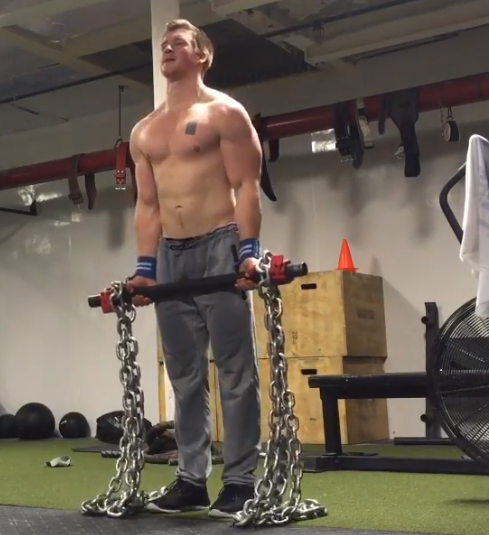 A 2009 study in The Journal of Sports Science & Medicine compared the EMG ratings during the concentric and eccentric portions of the incline dumbbell curl, standard dumbbell curl, and preacher curl (2). Upon their analysis, researchers suggested that the preacher curl had less range of motion and total EMG activation, but higher peak EMG during the concentric portion of the curl, which could make this a great exercise for a bicep-only focus.

5. Bent Over Row (With Hands Supinated)

Our final exercise on our favorite biceps exercise list is a bit more unconventional, as it’s a movement often not thought about as being a “bicep” movement. As mentioned in the intro, the biceps are present in both isolation and compound exercises. The bent over row with the sands supinated is a great way to indirectly train the biceps with heavier loads.

The bent over row made our list for three distinct reasons. First, it trains the back primarily, but provides a nice stimulus for the biceps. Second, bent over rows can have direct carry over to deadlifts, so building stronger biceps in this movement may indirectly improve pulling in the deadlift. Lastly, heavier bent over rows may act as a preventative for potential bicep-focused injuries in heavy pulls, as they’re dynamic and can help strengthen the biceps at slightly lower loads compared to maximal deadlifts with an offset grip.

Want to learn more about bent over rows? Check out our in-depth guide!

Build Biceps and Forearms That Popeye Would Envy With Hammer Curls

Chase the Pump, a Powerlifter’s Guide to Arm Training

3 Reasons Why Bicep Curls Are Good for Your Shoulders

5 Unique Biceps Exercises to Use for Mass and Strength