Developing Pre-Weightlifters: How to Build a Foundation

What sports give us the biggest advantage for weightlifting?

From 2010 to 2011 I was the coach of Innercity Weightlifting (ICW) in Boston. Our group’s mission was to help at-risk youth get away from gangs, DYS centers, and bad domestic situations. Our tool was weightlifting. We taught the snatch, clean & jerk, squats, and presses. The goal was to give these kids the strength, confidence, and discipline to walk away from all types of bad situations (or at the very least, wear them out so they’d be too damn tired to go out with their friends after training). 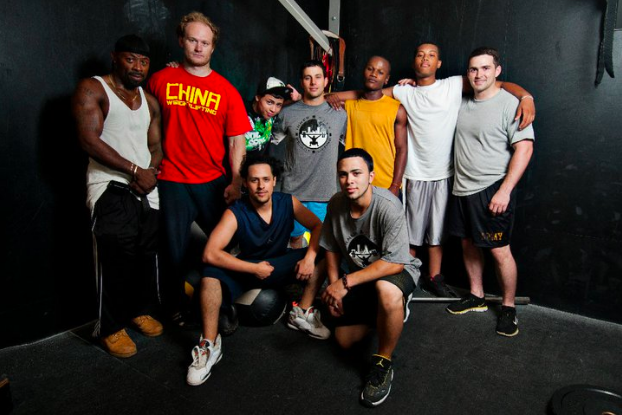 Some kids learned quickly, others struggled with technique. Some increased their strength steadily, while others barely improved. Their rate of improvement seemed random at first, until I started asking what sports they played before starting weightlifting.

There is always carryover from past athletic experiences to how fast people are able to pick up a new sport. The attributes that kids gain from whatever sports they play stay with them forever – body-position awareness, speed, strength, work ethic, etc.

For this post, I wanted to explore which sports give people (especially young athletes) a competitive advantage in weightlifting.

Weightlifting is demanding. To be successful in weightlifting, an athlete must have strength, speed, coordination, and endurance.

The following chart shows the observations I made of the pros and cons kids had coming from different athletic backgrounds into weightlifting:

The ones who learned technique and gained strength the quickest were the baseball players and wrestlers.

1. Ball games (any) – to develop coordination and quickness.
2. Swimming – as it develops well-rounded strength throughout the body without impact.

Arnold Khalfin – Soviet Union Weightlifting Champion. Professional weightlifting coach, with over 50 years of coaching experience and who has developed hundreds of ‘Masters of Sport.’

1. CrossFit – develops well-rounded athletes (as long as strength is not emphasized, and proper technique is used in everything).
2. Volleyball – builds speed, coordination, and endurance (volleyball players are the highest jumpers (power) which is very beneficial for weightlifting).

5 coaches, 5 differing opinions. Some sports are better at developing the specific characteristics required for weightlifting, but every sport has something to offer.

All of this applies to pre-weightlifters. So, how does this apply to you, the seasoned weightlifter?

In the Soviet Weightlifting System, young weightlifters devote up to 80% of their time to General Physical Preparation, playing ball games, running, jumping, and doing gymnastics. As they progress, even though they reduce the focus on general physical preparation, it still remains an important part of their training (you can read much more on that in Roadmap for Training, Part 2).

All weightlifters should use powerlifting (such as squats, pulls, presses) to get stronger, and light athletics (such as running and jumping) to get faster and more explosive.

Ilya Ilyin swims for active recovery, which helps him with mobility and endurance without adding major stresses to his body. Vasily Polovnikov runs and plays soccer for endurance and speed. I try a new physical activity or sport once a week to build coordination, speed, and to distract myself from the daily grind of training.

Playing other sports to supplement general athletic development can make you a better lifter.

What sport did you play growing up, and what advantage did it give you?