There is no love lost between The Beast and Thor.

2017 World’s Strongest Man Eddie Hall took to his YouTube page this past weekend to share a few choice words for his future boxing opponent and foe Hafthor ‘Thor’ Björnsson . It should come as no surprise that Hall didn’t wish his challenger well, given that he recently said of Thor, “if he was on fire I wouldn’t p*** on him.”

While the bout, billed as “The Heaviest Boxing Match in History,” is still more than a year away, the two strongmen have both begun training in earnest and promoting their fight with a war of words.

Trash-talk has been important to the sport of boxing since the days of Muhammad Ali spouting iconic lines like, “float like a butterfly, sting like a bee,” and, “if you even dream about beating me, you better wake up and apologize.” Ali inspired generations of sports dissing including one of the all-time great boxers Floyd Mayweather Jr., who once barbed Oscar De La Hoya with, “I’m gonna beat you till you respect me. I’m gonna beat you and I’m gonna make you call me pretty.”

Eddie Hall has taken to the verbal jousting aspect of boxing like a duck to water. Check him out in this 15 minute Q&A in which he answers a broad range of questions from his boxing inspiration to his ideal weight when he finally enters the ring in 2021.

When asked to compare his 2017 WSM victory, his 500kg deadlift world record, and the prospect of knocking out Thor in the ring, Hall said,

On his ideal weight for boxing,

My plan is to come in heavier than Thor. I want to teach him a lesson.  And I’m not going to do it just by being fast, I’m going to do it by breaking his jaw

On the 6 inch height difference between himself and Thor,

Everyone’s saying I’m at a disadvantage. Honestly, I see it as an advantage, I really do. I think [Thor’s] going to be slow, I think he’s going to be clumsy. I think I’m going to be able to get inside, nice and easy.

And finally when asked about his predictions for the fight,

I’m 100% predicting a knockout. In my mind, it’s going to be a first round knockout

As for Thor, the 2018 World’s Strongest Man recently shared a video of himself sparring a training partner on his YouTube page, with some fans quick to comment that the Icelander was looking a little slow. Thor had just finished a workout consisting of log lifts and giant dumbbells, which could be part of the reason for his lackluster sparring performance. The strongman did recently report an 18kg weight loss, so clearly his sights are also set on the 2021 fight.

With the two titans of strongmen doing their best to promote their fight, there’s sure to be many more training updates and trash talking between now and September 2021. 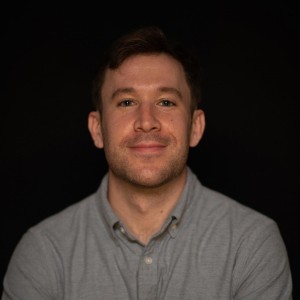 Gabe currently serves as a staff writer and designer at BarBend. Outside of work he likes to train for the occasional marathon, he has two under his belt (Asheville, NC & New Orleans), and ride his bike around the streets of Brooklyn.He also stays active by playing soccer in leagues around the city and gains back some calories by drinking beer with his Central Park softball team. In his free time, Gabe likes to try out new recipes in the kitchen and work through his ever-growing book list on his couch.