What CrossFitters Can Learn from Bodybuilding

I like to do silly things. If you read my article on attempting to run 100 miles in 24 hours with nothing but strength training behind me, then this statement won’t surprise you. While that particular endeavor was a glorious failure in the sense that I came up short by 38 miles, I learned so much about how my body works in those 24 hours that has since made me a better ‘athlete’ today. So when my training partner told me that he was going to get in shape for a bodybuilding show by sticking almost entirely to CrossFit® training, I was interested enough to follow him around with a camera and track his progression. 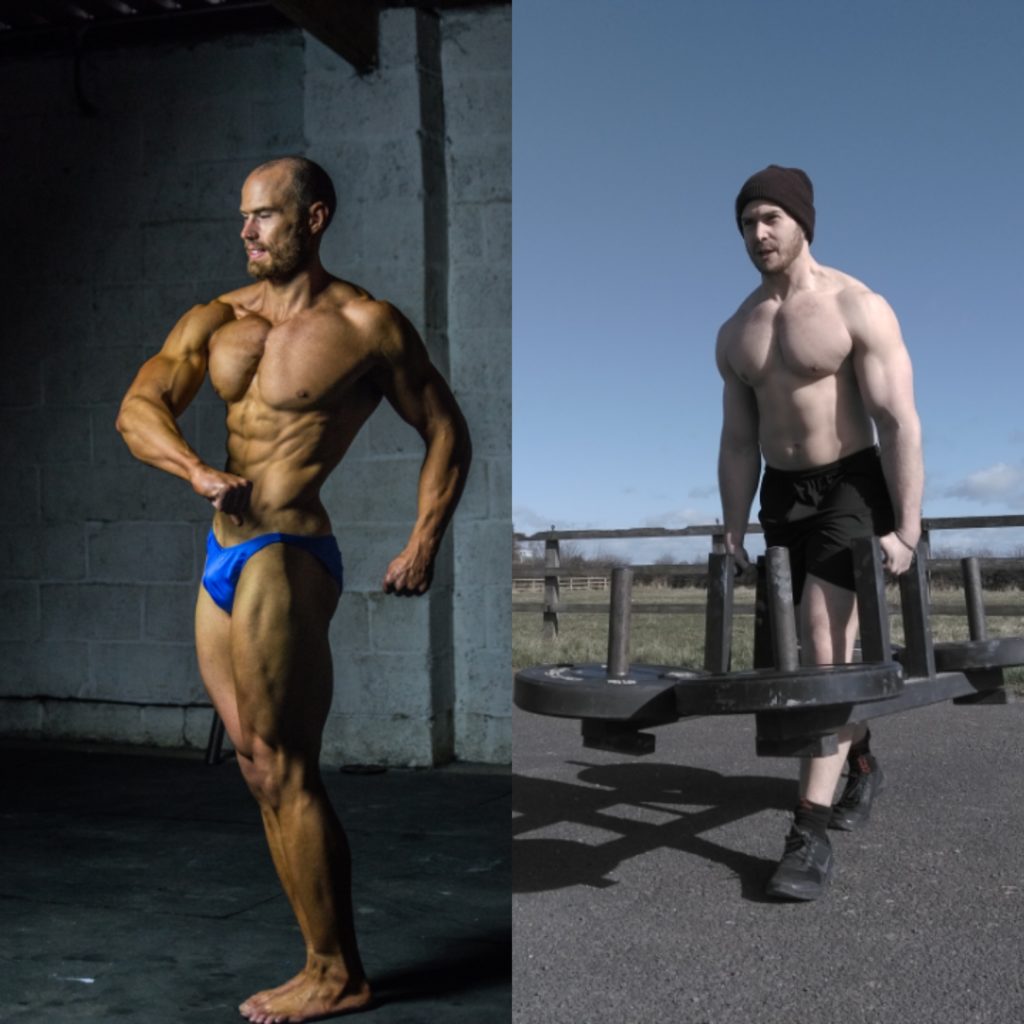 CrossFit Kroy’s Head Coach, Ricky T, before and after

Honestly I expected Ricky’s attempt to go about as well as my run, but I was wrong. Eight weeks out from the competition, Rick had lost 10kgs, looked more muscular, was moving better, and was actually a little bit stronger. Which I suppose shouldn’t be surprising given that in recent years CrossFit has become a bit of a go to for the average guy or girl on the street who wants to lose a little fat and gain a little muscle. And for good reason, too: big compound movements, hard work, and good diet is a potent combination that works. It was working wonders for people long before it was neatly packaged and trademarked, back then though it was just thought of as lifting and conditioning.

In those early days, bodybuilders and strength athletes were for the most part one and the same, with many bodybuilding shows being split into two parts, the first being the typical posing routine and the second a strength element typically a weightlifting competition. As such the strong had to look good and the jacked had to be strong.

And whether we admit it or not that’s what most of us want, to not only be strong and athletic but to look as well. With that in mind there are a few things strength and functional fitness athletes can learn from the bodybuilding world.

Lesson One – Are you as lean as you think? 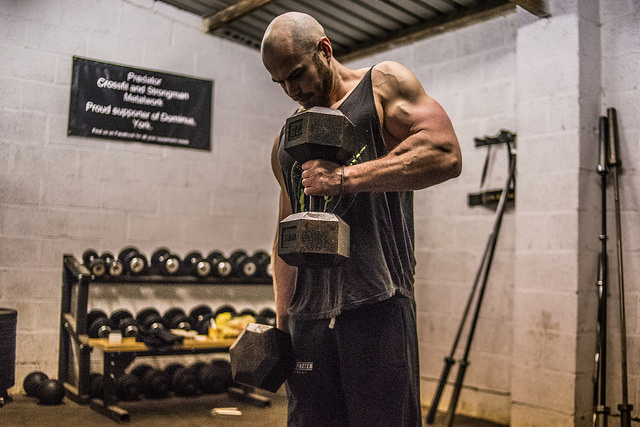 One of the great things about bodybuilding is that it forces you to honestly assess the state of your body. When you get on that stage you can’t hide behind flattering clothes, good lighting, or that filter that makes you look jacked; you’re laid bare. In prep for his competition the first thing Ricky did was strip down and take a load of relaxed photos in neutral lighting (outside) to give him an honest starting point. The results were as expected; he was softer than he’d thought.

Abs that were fully visible under the overhead lights of the gym weren’t popping anymore, and muscles that look great flexed appeared flat. While modern day strength sports don’t require an aesthetic component, keeping track of your body fat levels is still important, not only for performance but for health as well. You could argue that extra body fat might help you better fit a suit but aside from geared lifting that excess body fat won’t make you a better athlete, it will however put your health at risk.

Chances are if you take this whole competitive fitness lark seriously you’ll be doing a lot right already. Just look at the CrossFit Games athletes and you will see just what incredible shape that style of training can get you in, with most of the competitors looking like they are only a water cut away from being able to step on a natural bodybuilding stage (a rabbit hole we won’t go down today). So if you’re not as lean as you’d like to be, chances are that it’s your diet that’s holding you back. 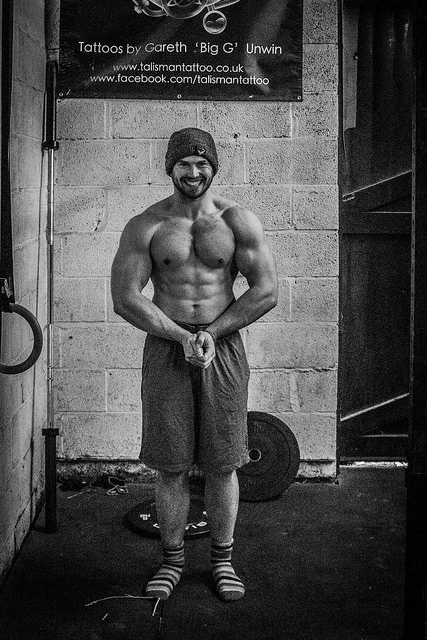 Take stock of what you are eating; do you really need to go 1000 calories over maintenance just to fuel today’s 40 minute session? For that matter, do you even know how many calories you’re eating? If not try for a week plugging everything you eat into an app like myFitnessPal, this will not only make you aware of each food choice but also provide reliable feedback on the total calories and breakdown of the macros.

Lesson Two – Accessories have their place.

The other thing you notice when you get some brutally honest photos taken is that often you are not the perfectly proportioned greek god you thought you were. Don’t worry, you are not alone; years of jerking anything heavier than 80kg over head has left me with zero shoulders, Ricky struggled with hamstrings being relatively smaller than his quads, and everyone else has their weaknesses, too. Sadly, just doing more of the big lifts probably isn’t going to make the situation any better and might even just make it worse.

In big compound lifts your body will work out the most effective way to move the weight, favoring the stronger muscles and protecting the weaker ones. To counter this you need to target those weak muscles and those weak muscles alone. This won’t just make you prettier but will also help you add kilos to your compound movements. Something I was skeptical to believe for a long time until I saw Ricky’s deadlift shoot up at a lower body weight, the only difference a tonne of hamstring isolation work.

For the general population Paleo is fantastic, anything that cuts out the refined foods that litter the vast majority of diets can only be considered a good thing. However, just like BMI is good for the general populace but terrible for athletes, Paleo too can fall short for those pushing the limits in training. If you are training hard at least 7 times a week while adhering to a strict Paleo diet, you could be missing out on a lot. Mainly enough carbohydrates to recover fully between sessions. 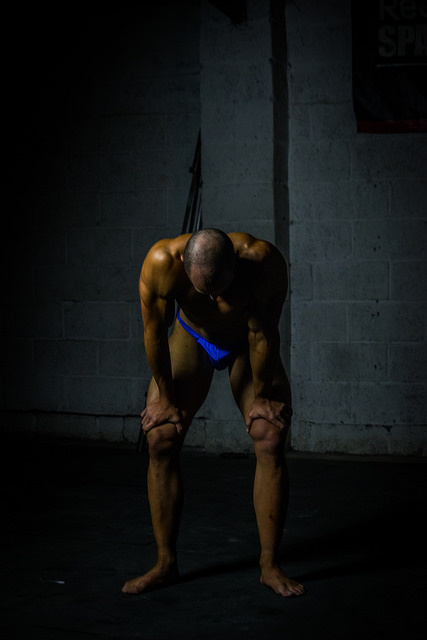 And if you are eating Paleo for fat loss and are seeing progress slow down, you might want to start looking at packaged food again. Packaged food comes weighed and measured, while natural food does not. Something I only truly appreciated while watching Ricky whittle a jacket potato down to 100g before cooking it. As the weeks went on and motivation waned, this just became an unnecessary drain and more and more of his carb sources came from packaged products like grits: Foods that were tamper proof, so that he couldn’t accidentally add a little more here and there when he was hungry. Those grams and calories add up.

Lesson Four – It can go too far.

At 8 weeks out Ricky was stronger than ever and flying through WODS; at four weeks out he was struggling mentally but still able to hit 90% of his 1RMs on most lifts and was still coherent enough for skills like double-unders. With ten days to go though, that all fell apart. It was like talking to a dead man, a dead man who does nothing but slowly pedal an Assault Bike and curl. On 800 calories a day you can’t do much else.

If you want to be a strength athlete, you can learn a lot from bodybuilders. No sport requires more total dedication and disregard for your own misery but don’t let it go too far. Keep yourself lean, train accessories and don’t be dogmatic in your eating. But if you do go down the bodybuilding rabbit hole, don’t worry; fueled by a week’s worth of pizza, he was doing a fitness comp a few days later.

Editor’s note: Jake Jackson at Tier Three Tactical had the following to say after reading the above article. The views expressed below are his and not necessarily those of the piece’s author or of BarBend:

“Research has shown that strength is one of the key predictors of performance in CrossFit workouts that involve any kind of weightlifting like: Grace, Isabel, Linda, and dozens more. As far as I’m concerned, getting stronger is a necessity and to do this we must gain muscle mass.”