Dmitry Klokov has one of strength’s most impressive resumes: He’s an Olympic silver medalist, weightlifting world champion, GRID competitor, an occasional bodybuilder, impromptu comedian, and ambassador for all things strength. But while he officially retired from weightlifting competition back in 2015, Klokov is still making moves in strength sport, most recently with his new “Klokov BazaTeam.” And he’s inventing some crazy workouts (video embedded below). 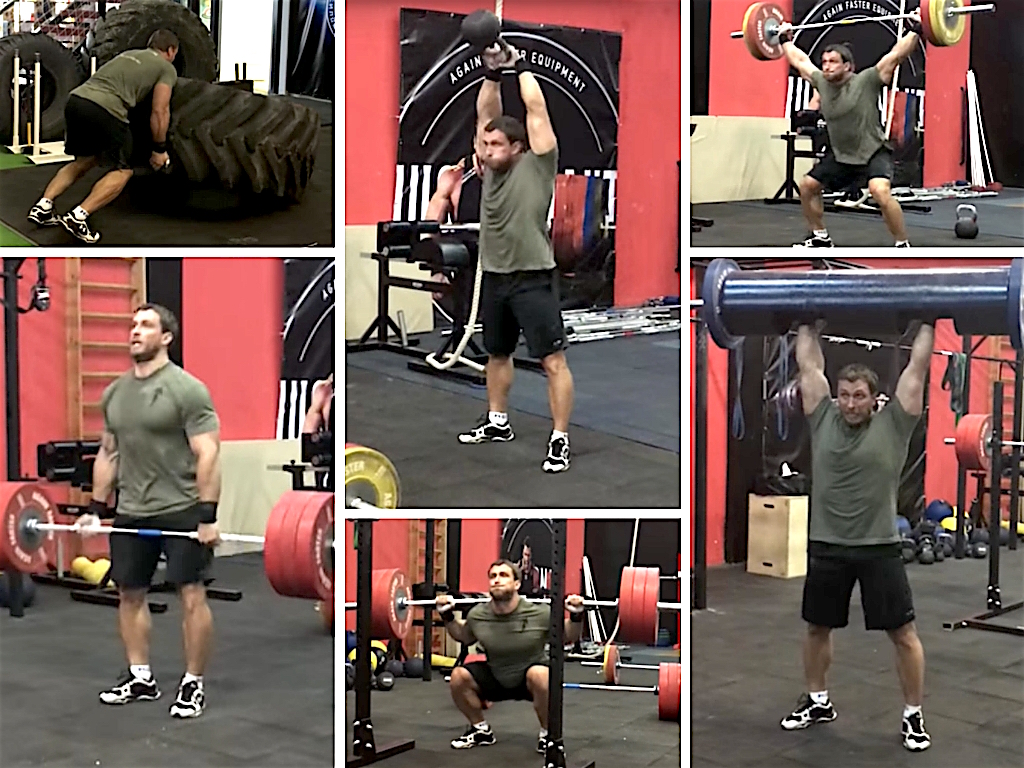 It’s an impressive group of Russian athletes — including Olympic gold medalist Dmitry Berestov — who are going cross-sport to combine a bit of weightlifting, a bit of strongman, some powerlifting, a dash of kettlebells, acrobatics, and even CrossFit-style workouts. And while Klokov is documenting all the fun on his YouTube channel, our favorite recent video is of a heavy metcon with the following reps and weights.

The workout doesn’t seem to have a name yet, so we’re going to call it “The Russian Bear.”

Klokov finishes the workout in just over 6 minutes, and that brings up a logical question: Is there anyone who can go faster, specifically any CrossFitter?

These weights are certainly doable for Games-level male athletes, but the reps get pretty spicy, especially on the power snatches. We’re betting perennial elites like Rich Froning could probably go a bit faster, though the best-equipped athletes may be CrossFitters known best for their strength cycling heavy weights (like a Nick Urankar type).

It reminds us a lot of “King Kong,” the heavy WOD that used to seem near impossible, but now looks routine for almost any Regionals-level CrossFitter:

Klokov’s workout is probably a bit harder, in that fewer folks could complete it in a reasonable time. Plus, not every gym is going to have the equipment necessary.

But we still want to know: Is anyone up to the challenge? Who can be the first to go sub-6 on The Russian Bear?