“How Much Do You Think Baby Jesus Could Squat?” (Bonus Commentary from Chandler Smith)

The 2016 CrossFit Regionals season is over, and while we’re sad to see it go, we’re not going to miss the ridiculous commentary in the YouTube live chat. It’s baffling to us that the same people, for three weekends, have dedicated literally hours a day to being an asshole. Go outside! Experience life! Pee into the wind!

For every one witty comment, there’s another 50 intelligible comments about butts, steroids, and why CrossFit isn’t a sport. But when that one comment makes its way through, it’s glorious…GLORIOUS! We live for the entertainment after watching the same workout 24 times.

As usual, all comments are left in their poorly constructed, spelling-riddled form. Screen names are there so everyone knows who the comments belong to. This week, we’ve added a few of our own comments in bold…because, well, why not?

Rahf Helgadottir loses on having those arm socks.

Chris Probst Those materials have to be so strong to hold that booty in there.

We heard Donnie Wahlberg is looking to make a comeback and wants Team Dynamix to be his back up dancers.

Javier P Briggs doesn’t want to leave Dan Bailey by himself this year.
Nyghtewynd The Demo Team at the Games is going to be fantastic.

Ouch…good thing Briggs heard you and took care of business.

Jay Glover and that is why we don’t shave our beards, guys and gals. Froning looks like a teenager…
bentinho Heard Froning donated his beard to Beavis and Butthead

Tomas Brandao What’s up with the water in iceland?
Gareth Lloyd loads of skyr and thor bjornssons baby gravy 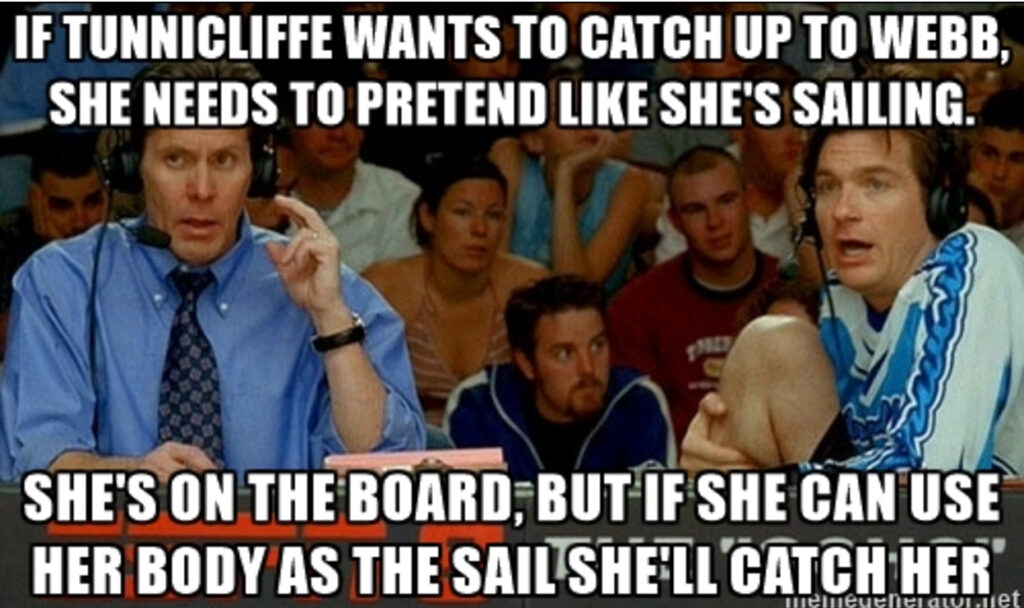 Actual quote from Wagner during the 2015 CrossFit Games

DemiBejita How much to you think Baby Jesus could squat?
Mike Bee not more than baby Buddha
curranlyles probably the weight of the bible

Javier P Rahf how did you get a compressed spine?
Rahf Javier P I hit a tree with my snowboard
Rahf We broke each other

Clete Lewis this is dumb, why don’t that have plates of food at the finish?

That’s a great question, Clete Lewis. We’d definitely go faster if you dangled a doughnut at the finish line.

dale clarke Only white dudes participate in this sport because it requires no real athleticism ,just wild,fast crappy reps with rubber weight,dangerous exercises and huge egos with socks up to their knees

We asked Chandler Smith how he felt about dale clarke’s assessment:

“Dale is tripping like nobody’s business. I got my butt kicked by 150 white dudes during the Open and another group of them killed me at Regionals, and I consider myself a good athlete. There’s a number of factors that go into why there doesn’t seem to be a bunch of minorities in the sport, but that doesn’t detract from the athletic abilities of folks at the top of the sport.”

And the socks? Smith says, “I’m all for high socks. We call those ‘motivated socks’ in the army. Internet tough guys come a lot tougher than this Dale character. He needs to bring it harder next time, lol.”

Andrew Zaro Women should not be muscular
cirwam muscular women .. not good
Viktória Ráchel Kubisová Are you scared that women would beat you?
Andrew Zaro because their estrogen levels will decrease and they won’t be able to reproduce
Clete Lewis reproduction is not the woman’s job
Andrew Zaro Muscles are bad for women
Andrew Zaro They get in the way of cooking
Sophie Cath Since I’ve got stronger my ‘reproductive ability’ has gone from not able (when I was running a lot) to now able actually

How is this a real conversation that’s happening in 2016? Love, Lindsey Valenzuela