Powerlifting Grandma Hopes to Secure 300 Pound Deadlift By May

When Shirley Webb walked into the gym for the first time, a little over three years ago, she was scared, intimidated, and wouldn’t have gone if it wasn’t for her then 16-year-old granddaughter, Dorian.

At the time, the now 80-year-old grandma couldn’t get off the floor without using a chair for support or walk up and down stairs without holding onto the handrail. Her granddaughter didn’t want to brave the gym alone and insisted that Webb join her. When her trainer asked her to get down onto the ground for an exercise during their first session Webb looked up at him and said, “I can’t because I won’t be able to get back up.” 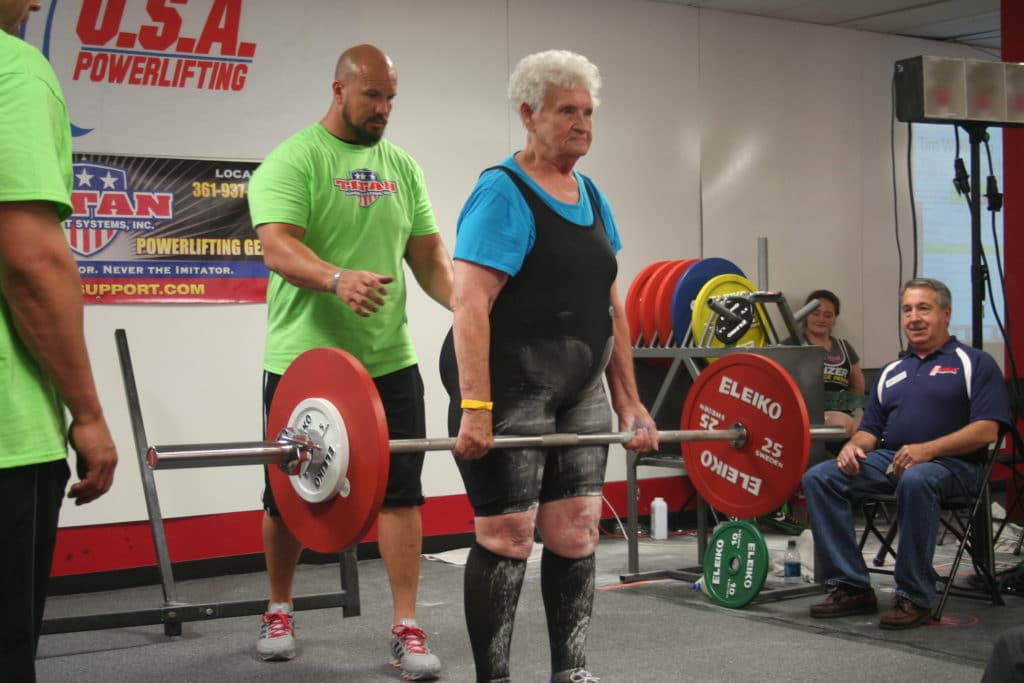 Now, the grandmother of two from East Alton, Illinois, holds six American Records and 26 Illinois State records in the USAPL. She can deadlift 260 pounds, and her fan club continues to grow as videos of her have gone viral, she was invited to be on an episode of The Doctors, and she was even featured in the latest “Ripley’s Believe it or Not! Shatter your Senses!” book published in August.

“I just thought it was tremendous when my trainer told me that Dorian had lifted 185 pounds,” says Webb. “After he told me that he just said, ‘I’m starting on you next’. I always knew I was strong but I didn’t realize how strong I really was until he started pushing me. It wasn’t too long until I was lifting 225 pounds for three reps.”

The video of Webb deadlifting 225 pounds for three reps was the video that went viral with 17 million views—even catching the attention of professional football player JJ Watt.

Having not participated in any formal type of exercise until she was 76, Webb says her strength really manifested in all the manual labor she was required to do growing up on a farm.

“I’ll be tired and sore after exercising but I feel so much better overall than I did,” says Webb. “I would suggest that everyone start exercising and find a trainer who can help you, do what they say, and work hard. You won’t regret it.”

Webb says her trainer, John Wright, is always very conscious of what she does and makes sure she does not injure herself. She used to go into the gym for her training sessions about three times a week but since getting a bar, plates, and dumbbells in her basement, she is able to stay at home and get her training done with the help of her husband and sons. 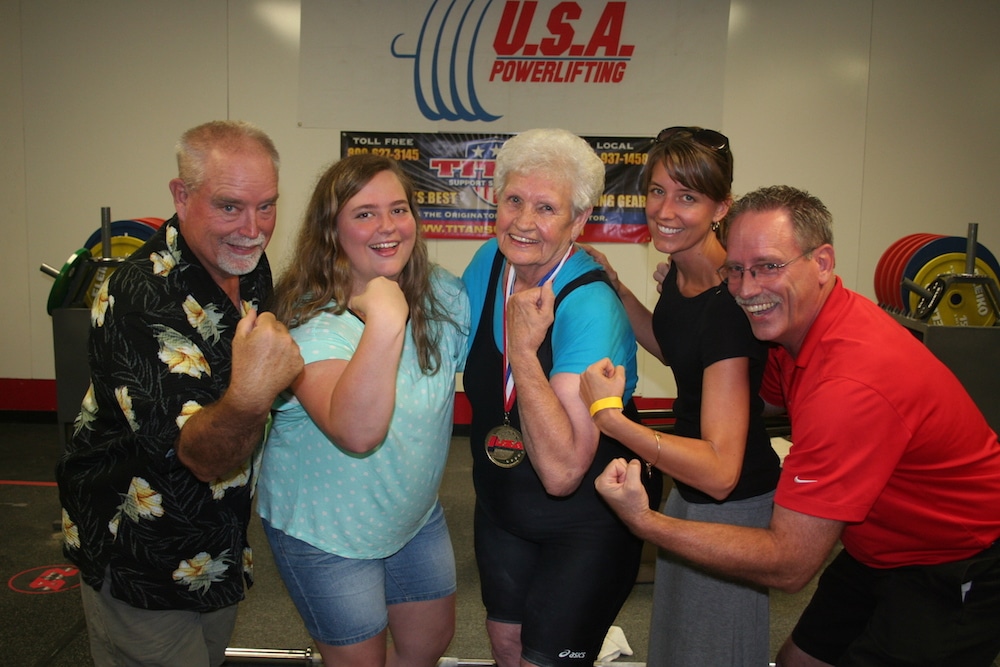 Webb with her support crew and family

“Having all the equipment in my basement is different than in the gym because you don’t have all the people around and it’s not as exciting,” says Webb. “But my family is super helpful and it’s been a blessing to go down and get my training in whenever I want. I usually work out with my son at 4am everyday Monday-Thursday.”

Her dedication shows in the progress she has made in competition. She has competed in seven USAPL meets, two being Raw Nationals in 2016 and 2017, where she won her division (Raw Masters 4 last year and Raw Masters 5 this year in the 84kg+ weight class) both times. She has her eyes set on a meet in May where she hopes to deadlift 275-300 pounds and then to go onto Worlds in Calgary, Canada. She qualified for Worlds this past year in Belarus but opted not to go.

“I’m a nervous wreck during competitions,” says Webb. “I’m not a person that likes to perform in front of people but I really like the end results.”

She also says the community is really great. Webb has her own fan club wherever she goes, people she doesn’t know coming up to her and saying hi. Her son started a Facebook page for her called Team Shirley where he calls her HERcules and people can keep track of her progress and see what the powerlifting grandma is up to.

“My family is just so excited by all of this,” says Webb. “They really can’t believe that I can do all these things, and neither can I at times.” Webb is a true testament to “age is just a number” and continues to inspire people to try new things no matter how old they are.

Related: How To Do A Romanian Deadlift