Weighing in at 51kg (112.4lb), and only starting powerlifting at the age 47, Rich Willis isn’t your typical powerlifting athlete, and he only recently set his sights on competing at the 2020 Tokyo Paralympics with the British Paralympic Team. So why is Willis’ journey so different than most Olympic hopefuls?

He was born with a condition called Diastrophic Dwarfism, a rare disorder that affects normal bone and cartilage development. One of the most notable impacts is on the limbs, leaving them shorter and more prone to early onset osteoarthritis. 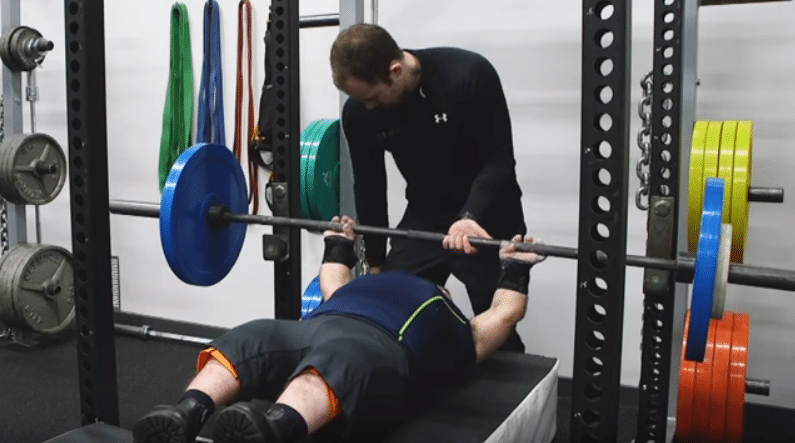 Willis experienced the osteoarthritis firsthand as a child, and endured multiple surgeries to combat the condition. Then at 35, his left knee collapsed, and he was told his leg would have to be amputated.

Luckily after two years passed, Willis found a doctor who confirmed he’d be able to save his left leg. After surgery and multiple years of rehab, Willis found himself and his daughter watching the 2016 Rio Paralympics, where athletes compete in the bench press. His daughter recognized another powerlifter who had dwarfism, then turned and asked,

“Daddy, do you think you could do that?”

After hearing that question, he kicked an opioid addiction and has been training consistently ever since. If you need inspiration, check out the full video originally posted by BBC on their YouTube channel below.

To say Willis has overcome a lot would be an understatement. As of today, he’s been training a little over six months and has exceeded even his own expectations. At the top of the bench press he’s held 110kg, which is well over 2x his body weight.

“The examples I’m hoping to set is that anything is possible. maybe things you don’t think you can do, you can do, if you give it a try.”

In addition, Willis competed in a meet only five months after beginning lifting and performed very well. Willis says in the video, “The thing I think I’m most proud of so far, I went into the English Weightlifting Championships doing powerlifting on the bench and there I came sixth in the country.”

After only 6-months of training, Willis went from having no bench press experience to hitting 100kg presses. At this rate, we think it’s entirely possible he could make it to the 2020 Tokyo Paralympics.