The muscle-snatch-to-standing, typically just called the “muscle snatch,” is a snatch in which the knees and hips don’t re-bend after the pull. When the pull is complete, the lifter uses their upper body to move the bar upward until the arms are locked overhead.

Weightlifters use the muscle snatch (to standing) to warm up for the classic snatch and its variations, because it demands:

There are a few rules in the Soviet muscle snatch (although they’re not set in stone):

The muscle snatch is made up of two distinct phases – the pull, and the finish.

The muscle-snatch setup is the same as the classic snatch setup, except the lifter does not use a hook grip. By taking out the hook grip, we remove the ability to pull the bar up rapidly at any one moment. This forces the acceleration to be steady and allows for all of the muscles involved in the pull to have a chance to work. A rapid pull in any one moment would allow the muscles involved in the next moment to be underused, and not get warmed up.

The pull should be vertical, just like in a classic snatch, but without contact at the hip (or upper thigh). A strong contact between the bar and hip/upper thigh will send the bar flying upwards, often removing the need to pull with the upper body. By Removing this contact, the lifter is forced to use the upper body in the pull, developing and warming up the upper-body muscles used during the full snatch pull.

The pull should continue until all of the muscles that can help the bar go up have fully engaged, and

At this point, the bar should have enough momentum to, at a minimum, reach the height of the shoulders.

In the lighter-weight technique, as the bar passes the shoulders, the elbows should either continue moving upwards or remain in place as the bar is pulled into the receiving position. The benefit of this technique is that it imitates the upperbody movement of the snatch. More on that here.

The disadvantage of the lighter-weight technique is that it can’t be used for heavier weights, as the muscles involved in pulling the bar from the end of the pull to the finish of the lift don’t have the capacity to lift heavy weight. By using the lighter-weight technique, we are limited to using light weights, with which we can’t fully warm up the the muscles used in the pull or in the pull-under and finish of the snatch.

In the heavier-weight technique, as the bar passes the shoulders, the elbows drop under the bar, positioning the lifter to complete the lift with a press into the receiving position. While this technique does not imitate the upperbody movement of the full snatch, it does allow the lifter to get the other benefits of the muscle snatch, and at heavier weights, namely:

Although the heavier-weight technique seems simple (pull + press), there are a few nuances that lifters should focus on to increase efficiency, and reduce risk of injury.

Turnover: at the end of the pull phase, the lifter must drop the elbows and heels SIMULTANEOUSLY as they transition from the pull to the press. The lowering of the body (by dropping down from extended ankles) allows the lifter to remove or reduce stress from the rotator cuff as they rotate the elbow around the bar.

Note: watch the heels and elbows move down simultaneously.

Bar position: When the turnover is complete:

The most common technical error in the muscle snatch is not keeping the bar close during the top of the pull, which places the bar in front of the shoulder, and the lifter in a weak position. This typically results in a step forward or not completing the press.

When learning the heavier-weight technique, athletes are often told to pause as soon as their elbows have transitioned into the pressing position in order to make sure the bar is directly over their shoulder, as in the images below:

Vasily polovnikov, Muhammad Begaliev, Mohamed Ehab, and Lu Xiaojun have just brought their heels down, and placed their elbows under the bar.

Speed: Complete the press as fast as possible. Unless the lifter is still learning the movement, the bar shouldn’t stop moving during the transition, or slow down during the press. Slowing down of the bar is typically a result of the bar being too far forward. If this happens, make sure the bar is directly over the shoulders by bringing the shoulders forward and bar closer to the face.

The lift is complete once the arms are straight, the shoulders raised, and the shoulder blades are squeezed together (just as they would be in the final snatch position).

The techniques described above should be used with an understanding of their benefits and differences. While some lifters and coaches seem to prefer one technique over the other, most athletes use both, performing the lighter-weight technique until the weight is too heavy, at which point they move on to the heavier-weight technique.

Regardless of technique, when the muscle snatch is used as a warm-up for the snatch (or a variation), it’s almost always coupled with additional movements to warm up for the overhead squat. These are some of the typical combinations:

The table below outlines how the muscle snatch is typically programmed as the main exercise before the snatch, or a snatch variation:

Yasha Kahn is a coach and national medalist weightlifter based out of Boston and NYC. Working with Russian weightlifter Vasily Polovnikov, he coaches an online team of lifters through programming and discussion. Find out more about Yasha here. 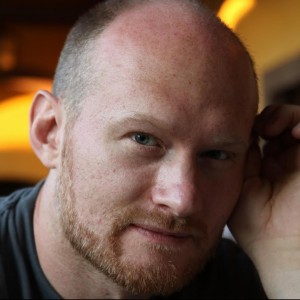