How to Find Your Mentor in Strength Sports

To the strength athlete, there are few things as vital to progress as a mentor. Throughout my career in athletics I have experienced a wide variety of coaches, teammates, competitors, etc. whom I looked to for guidance. These men and women have truly been instrumental in my development the twenty eight years I’ve walked the planet. In years past and generations removed from technology, a mentorship was the primary way of learning a skill. Most craftsmen would start out as interns, doing the daily tasks, errands, monotonous steps that slowly created skill and expertise.

“Stand up like you mean it, squat deep, and drink coffee.”

The owner was a lean, broad chested, white haired man named Tony. When I walked through his front door I was around 155 pounds and in between fights, either MMA or Muay Thai, and it didn’t take long to be branded the nickname “chicken legs”. Since I trained early, around 6am before class, apparently Tony took a liking to me, or just needed someone new to beat on, but he began programming my strength and conditioning. Grueling workouts, questions, and curiosity ended up with me becoming his intern for the next two years where I would trade an hour a day cleaning the equipment for a free membership and all the knowledge bombs I could pull out of Tony. 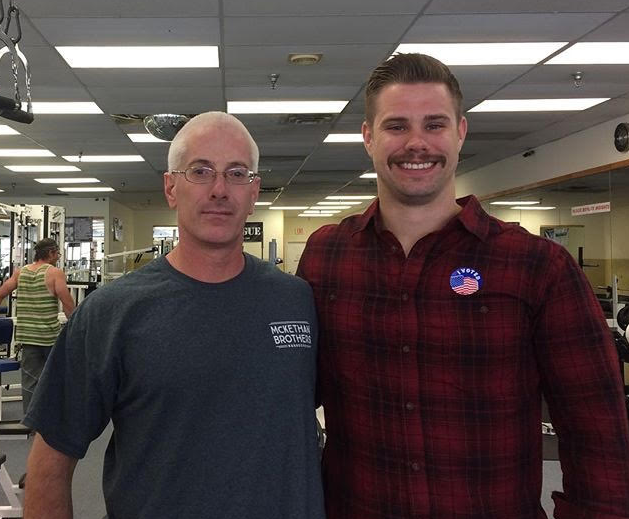 The author and Coach Tony

It wasn’t long before I was given the three rules of success within the walls of our gym and in the world.

1. Stand up like you mean it. First this was a coaching queue for lifting. That posture was important to maximize strength and structure.

2. Squat Deep. Like most post-high school athletes at the time, a parallel squat was all that was required. This standard had to be destroyed. Only full depth movements would pass the litmus test.

3. Drink coffee. If you’ve ever spent a winter in the mountains of Boone, North Carolina, and you purposefully get up at 6am to train in a small gym with no central heat and only a kerosene heater near the front door, then you will understand the importance of rule 3. As I trained, worked, cleaned, studied, and asked questions the three rules would continue to emerge and after a time they morphed into broader meanings, an enlightenment happened.

Stand tall became a reminder that posture begins with confidence. Have you ever seen a depressed person? Sure you have, how do they stand? Where are their eyes focused, what does their body language tell you? We all have bad days; I had a lot at Tony’s gym. After a beating I would crawl out the front door, but before I would go I would get a reminder, “Stand up like you mean it”. This became a creed: that for today the hardest work is done. I’ve killed my body, I’ve done the work, I should be proud of this achievement, but also to show no weakness, we are the bearers of the burden, and that burden will not break us, stand tall.

Squatting deep took below parallel to new depths. At first because I couldn’t comfortably get into a deep squat I was banished to the Smith rack for all my squat sets. I can imagine a lot of readers are cringing right now; I was, too. I didn’t want to be on the sissy machine, but Tony had a plan. Eventually my body adapted and I could hold perfect form in the bottom so I was graduated to the power rack.

Now, mind you I was doing bodybuilding strength training then for size between fights. I had not yet discovered the journey of weightlifting. Squatting deep became a metaphor for training. While most folks were stopping, in our opinion, half the way down, we went to rock bottom. We were willing to do more; to go the extra depth, to push farther, to give it all, and to sometimes fail. What I learned sitting at the bottom of a 10 second paused max back squat was that every situation I find myself in is under my control. I can let the weight become too much, to let it buckle me, and to give in. I can also brace for impact and grind the hell out of this hole. I can choose to rise, to ascend. 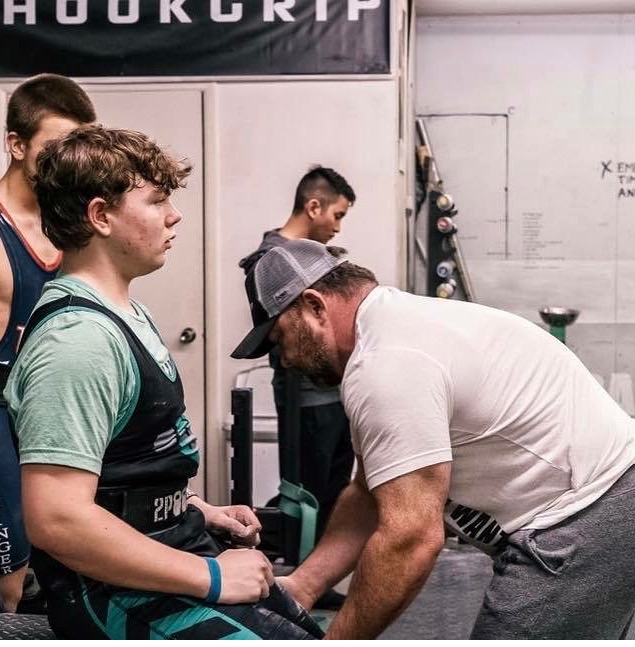 Lastly, coffee became more than just a warm drink. I began to really love my coffee. We would compare different roasts, creams, all the bells and whistles, even standard black coffee developed its own character. What I learned from coffee is to take pleasure in something simple. No one likes getting up early to train, so find something you do like. For me it became coffee. The sooner I got out of this bed the sooner I could have coffee and go squat. I learned to find something you enjoy and make that a part of your everyday, so you are choosing the good instead of letting the bad dictate your course.

Around the same time I was incorporating the lessons Tony taught me to life outside of the gym the time came to shift my focus from strength and conditioning back to fight preparations. My Muay Thai career was just taking off after a loss of love for cage fighting so I began to spend a lot more time with my striking coach Clay, a new mentor and a new area to develop.

Muay Thai is a discipline closely related to kickboxing, except the athletes utilize eight points of contact: Two fist, two elbows, two knees, and two legs. Clay had an old school approach to training and fighting, the tougher the man, the better the chance of survival. The fight game is brutal and it is beautiful. Around competitions a normal routine would be run, eat, nap, eat, work/study, train, eat, and sleep. That was it. Through this training you develop a crucial skill in grit. You find a way to endure pain and discomfort. You begin to seek it out. A lot of fights are won and lost long before the bell rings. A lot of opponents can be broken by the ability to outlast. The man with the most grit can overcome a lack of abilities because he has done the harder thing, he has reached deep within his soul, and came to terms with destruction.

In the fight world one of the highest compliments to be paid is to be referred to as “game”. The terminology comes from the term gameness, from warrior cultures and dog fighting. The ability and eagerness to engage in conflict, to seek out and destroy the opposition, commonly used to describe undersized warriors but full spirited.

You cannot craft grit and gameness from physical training only. You have to condition your mind and at the same time your soul. We would spend a lot of time discussing and revering warrior cultures. The lessons these ancient warriors taught to their students were the same lessons Clay taught to us. The principals could translate eras and still hold meaning. We practiced a military art for the sport of combat. We knew very well that the skills we were practicing, were developed to impact maximum damage against an opponent, and could be implemented to devastating ends if not fatal. That is why the character development was equally important.

The relationship between coach and athlete is a unique one. Like all relationships they can be good and  bad. My time spent with Clay will always be extra special because he taught me a coach can also be a friend and when that bond is created it will forever be stronger than just student and teacher. Clay would spar, lift weights, and crush his cardio along side us. He never asked anything of us that he didn’t ask of himself.

I always respected that and I continued to seek for it in future mentors. I found it in the next chapter of life.

When I got into weightlifting it was embarking on a journey to find and develop strength. I had trained hard and often to develop the aesthetic body, I had clawed and scraped to win fights, but there was always someone stronger. I had never committed to getting stronger for longer than a training cycle before the next contest. After starting weightlifting that became the only goal, strength. I came to Mash Elite and found a group of athletes who shared that desire to be strong starting at the top with head coach Travis Mash. By this point in my life I knew that being surrounded with influential people would only take a closed mouth and open ears to learn the keys to my next evolution.

I have spent the least time with Travis of all the mentors mentioned in this article, but I have already found value in our relationship. One of the more profound thoughts Travis encourages all of his athletes is a mindset shift. As athletes we are responsible for our own goal setting and truly if you fall short that accountability falls on you. As a coach Travis has repeatedly stated to shift the mindset forward. No longer should you be satisfied with making a sports team, become the starter, become the MVP. Don’t just aspire to compete on the Olympic stage, set your sights on gold. The simplest explanation of this theory is the 5 minute mile. Before it was done no one thought it was possible and then one day, it happened, and just like that sub 5 minute miles were commonplace. Now the world record stands at less than 4 minutes, all because someone elected to shift their mindset into the unthinkable then went out and achieved it.

In a world where mentors and mentorship isn’t common I invite each of you readers to first seek out a mentor. Find someone who has done what you wish to do and go learn from them. All the influential people that I mentioned in this article have told me how much they enjoy just talking to people who generally want to learn. Secondly, go out and be a mentor. Find people that look up to you and share your story. We are more connected than ever before so use the technology to lift up each other. We need only look to the likes of  Elliott Hulse, Cory Gregory, and Eric Thomas, to realize the positive impact we are capable to have on our community. As weightlifters, powerlifters, CrossFitters, bodybuilders, fighters, athletes, and strongmen/strongwomen, it falls in our laps to make sure the torch is carried and burns bright, long into the night.