Tony Gentilcore On Underrated Deadlift Accessories and Getting Strong After 40

Tony Gentilcore, CSCS, is a Boston-based strength coach who has made a name for himself as a guru of all things deadlift. He’s also an insanely prolific fitness writer and has been published in Men’s Health, Women’s Health, Men’s Fitness, Muscle & Fitness, and a suite of other publications.

Gentilcore has been coaching for 15 years and in 2007 helped to found Cressey Sports Performance, a Massachusetts gym that grew to become a national authority on all things related to baseball training. In 2016 he opened CORE in Boston, a training facility where he focuses less on elite baseball athletes and more on helping the general population reach their strength goals — and that’s the way he likes it.

BarBend caught up with the man to discuss snatch grip deadlifts, pull-up tips for women, getting strong after 40, and how to stay fit by working out just twice a week. 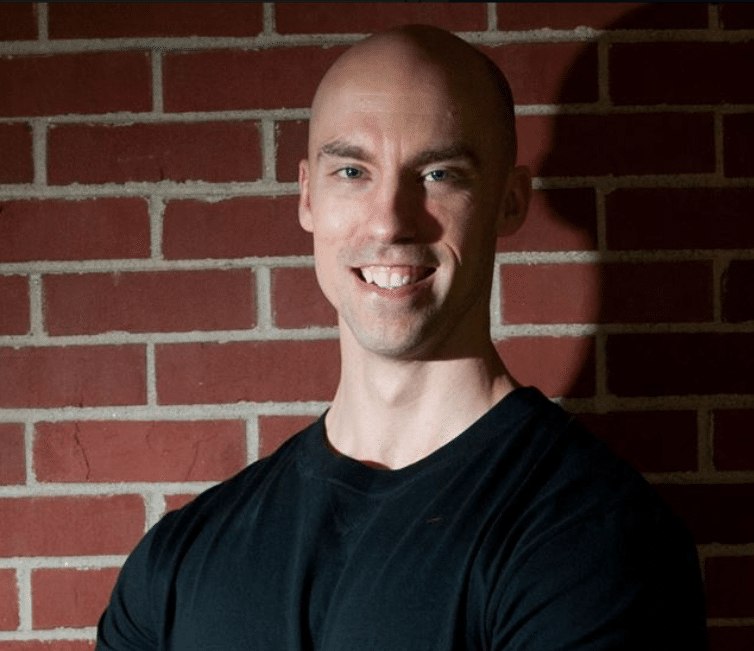 Image via Tony Gentilcore on Facebook and Kim Lloyd

BarBend: To start off, you wrote a Facebook post that said people over 40 are a “woefully underserved” fitness demographic. Why do you think that’s the case?

I was being a little tongue in cheek, but the best way to put it is I’m 40 years old and my training has changed a lot from when I was 25. I used to savor two-hour workouts. Now, spending that much time in the gym doesn’t sound remotely fun anymore.

I think it’s an underserved demographic in that there aren’t many programs that are specific to that age bracket, where it takes into consideration that recovery is an issue and also that life and jobs and family dig into your training time. I’m not saying we’re geezers or that we can’t train or anything, but we have to take more things into consideration.

I think part of the equation is a need to focus on technique and getting into better positions so we can express our strength better. A lot of people, even younger, intermediate athletes, aren’t in good positions. So it’s about toying around with squat stance and deadlift setup and even the bench, there’s a lot of variability there.

Working with submaximal loads is underrated, too. I just worked with a female client who had 10 weeks to increase her deadlift for a competition. When she came in her max was 300 pounds and the whole training cycle we didn’t touch anything above 250 pounds. We just stressed technique, position, making sure every rep is fast, and she ended up hitting 350 pounds at the competition.

I’m also really into playing around with autoregulation. Some days you’re gonna feel like a rock star and weights fly, and other days not so much. I think it’s smart to tinker with your program for the day based on that. Instead of always going off percentages of your max, if they might just not feel it that day, go off of what I call Estimated Daily Max. That takes into account how an individual feels on that day. And they’re still gonna get a great session.

[Check out BarBend’s complete guide to starting powerlifting after 40!] 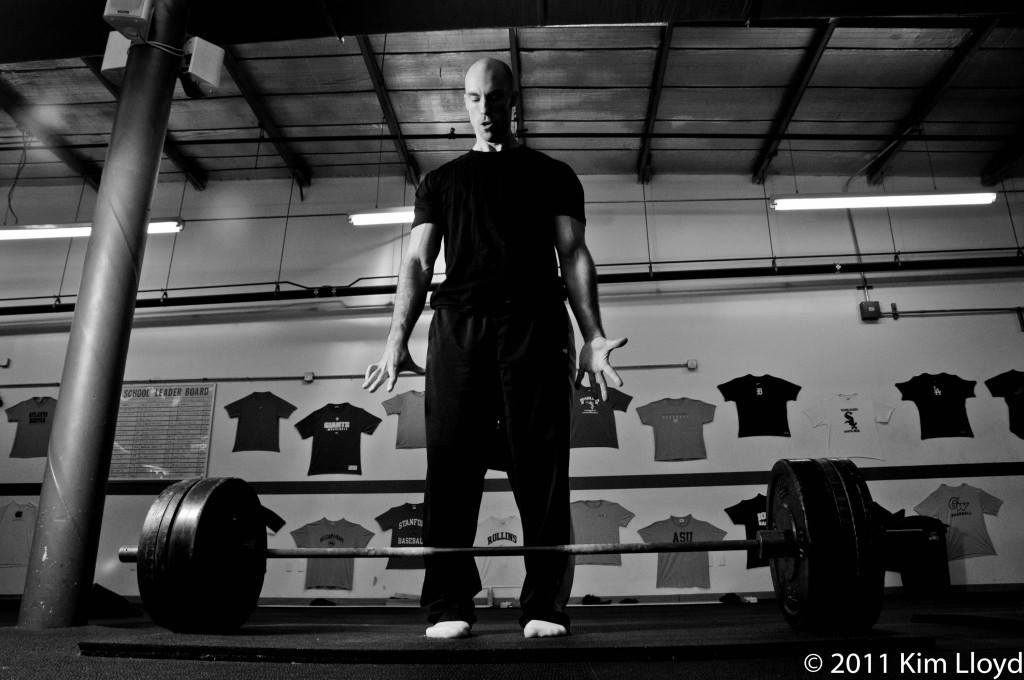 You’ve written before on how to help clients get strong, build muscle, and burn fat in just two or three workouts a week. Could you summarize your approach?

If time is a restriction but you want to be strong, I’m a bit biased, but I think barbell work is the way to go, or at least that’s what I gravitate toward. Squats, deadlifts, and bench presses force you to use a lot of muscle groups if you’re using the right load.

It’s like what I was saying about your Estimated Daily Max: you hit a double or a triple with it and then you do some backup sets with that same weight.

As an example, we’re gonna hit a 3-rep Estimated Daily Max, whatever that ends up being that day. Then we’re gonna do a couple of singles of that weight. We know we just did it for three, so the likelihood we can do it for singles is pretty high. So we’ll hit 3 to 5 singles at that same weight.

That’s the meat and potatoes of the day. That shouldn’t take more than 15 to 20 minutes to do that: ramp up the top set of 3 and some backoff singles.. After that, it’s meathead city: upper body push, single leg movement, a row, an ab exercise, and make it a circuit and try to get as much work possible done in 20 to 30 minutes. It’s really time efficient and if you can do it 2 to 3 days a week, they’re gonna retain strength but you’re also doing some meathead metabolic stuff to help shed a little fat add a little muscle. I just find it’s a protocol a lot of guys like. It’s quick, it’s easy, they’re lifting some heavy some shit, but they’re also getting heart rate up.

600 lb club, son. It's been a long time coming, but I finally hit my 600 lb DL. I was soooo nervous all morning thinking about today's training session knowing the attempt was on the docket. All told it felt (and looked) pretty darn good. I want to thank @strengthhousegreg for his coaching throughout the process, my wife for the Jedi-like mindset strategies she gave me last night and this morning, and my 12th grade English teacher, Ms. Davie, just because.

So when you’re coaching people who are hitting heavy deadlift singles and doubles, what are some accessory movements you use to reduce the risk of injury?

I like carries quite a bit. Even when I work with people with low back pain I’ll have them perform some version of a carry every workout, whether it’s a farmer’s carry, a suitcase carry with one arm, a goblet carry.

I find it keeps them in a good position, it turns shit on, if you think about it it’s kind of like a dynamic plank — so they’re working low stability and hip stability. And the next day their upper back is sore, the traps are sore, so as far as building resiliency in the body, I think carries are very underrated.

Another one that always gets eyerolls when I say it: push-ups. They’re a great way to stay strong and keeps shoulders healthy, which is a very underrated component of why I like doing pushups. People think it’s just arms and chest, but you’re helping shoulders stay healthy because the shoulder blades are able to move with a pushup, whereas with a bench press they’re not.

And honestly, there aren’t many guys who can come in on day one and can do 10 good push-ups.

[Better postural strength is just one reasons to do farmer’s carries: here are 6 more benefits of farmer’s walks!]

While we’re talking deadlifts, I’ve noticed a lot more people doing snatch grip deadlifts these days. What are your thoughts on incorporating them into a program?

That would be an advanced progression. I would view it as more of an accessory movement for building upper back strength and size, so if I were to program it in I would probably place it after the main deadlift variation that day — sumo or conventional — and I’d use a lower load, probably 3 to 5 sets of 5 to 8 reps anywhere from 55 to 70 percent of your 1-rep max.

One more question on back strength: you often write about helping women achieve their first chin-up. What are some of the most important tips?

A lot of it comes down to frequency. Men make this mistake too, but women in particular will say they want to be able to do a chin-up but they don’t train it often enough. I think you can’t train it once or twice a week, you’ve got to train it a minimum of 4 or 5 times a week.

Even then, that doesn’t necessarily mean you have to do everything off the bar. There’s a lot of floor-based stuff, like teaching someone to assume and maintain a correct hollow position on the floor, maintaining full body tension. If they can’t do it off the ground then likelihood of doing it off the bar is low. So that can be one day. Otherwise straight arm hangs and flexed arm hands are good, but I think it’s frequency is the most important.

I'm sitting outside an H&M while Lisa is shopping. So I took this pic to help pass the time. Thug life.

Awesome, these were some super useful tips. Thanks for taking the time to chat, Tony!

This interview has been lightly edited for space and clarity.