If there’s one thing you don’t hear about very often in our circle, it’s tales of ballerinas throwing aside their pointe shoes in exchange for weight belts. As a former professional dancer myself, I’m surprised that more retired dancers don’t transition some form of strength sport. (It worked out well for me, at least!)

There are tons of similarities between lifting and dancing — body awareness, technical understanding, mental focus — but it’s a difficult transition to move from something so delicate to something that requires a lot of brawn and grunting.

When I randomly discovered my old ballet friend Melissa Tibay on Instagram, I was excited to reconnect. When I discovered that she was powerlifting, I got even more excited. I couldn’t wait to talk to someone else who has experienced what it’s like to go from a waif ballerina to a jacked lifter.

Brooke: How did you get into powerlifting?

Melissa: I went to college for dance, and then I was in a company in the Netherlands [with my twin sister, also a dancer.] We had some visa issues, and we had to come back to the states. I wanted to continue dancing, but I didn’t want to come to New York. I fought the idea for a while and then I finally caved in and came [to NYC]. This was in 2010.

The thought of starting over here…it was super competitive, and I wasn’t interested in a lot of the things I was seeing here. I did some freelance stuff, and then I got married. Right around when I got married I hurt my achilles, and that was the point where I said, okay it’s time to be done. It wasn’t what I wanted it to be anymore. I felt like God was redirecting me.

During that time, I started during personal training. About two years ago I started working at Equinox in Grand Central, and that’s when I got into powerlifting. Before that I never did anything with barbells. I had a co-worker there who was mentoring me, Paul, and he’s pretty much the only other person who does powerlifting there, so he started teaching me everything. 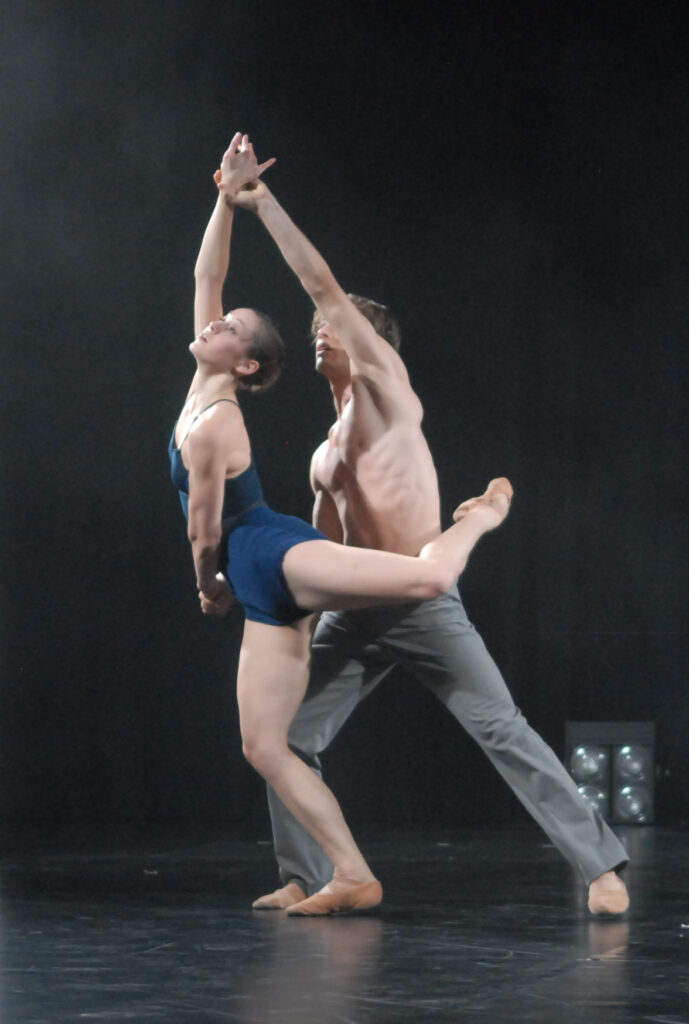 Melissa: Paul taught me so I could teach my clients, and I really enjoyed it, so I started doing stuff on my own. Paul saw that I liked powerlifting and started helping me more with it. I like the intensity of it and the mental aspect of it. You can’t be weak or give into fear. It forces you to rise above that and go for it. I missed that intensity from when I was dancing.

Brooke: One of the things I was surprised about when I started lifting was how similar it was to ballet, because it was all technique and understanding movement. Once I understood that, it clicked because I could relate to it. How has ballet helped you with powerlifting?

Melissa: The awareness of your body, knowing how your body operates — just basic movement patterns. When I teach other people, they struggle with basic movement, but because of our background, I was able to pick up things very quickly because I already had that understanding.

I also like the idea that the more perfect your technique is, the more efficient you are and the more weight you can lift.

I do sumo deadlift too, and it’s like a grande plié! I tried conventional deadlifting and it was so awkward…I didn’t know what to do!

Brooke: Can you squat with your feet parallel?

Brooke: Me either! I’m more or less in a weighted plié…which I know isn’t correct.

Melissa: But it’s so much more comfortable!

Brooke: When you first started, what were your goals?

I don’t think I had any expectations when I started, but me saying that I have 200 lbs on my back…I never thought that would be a possibility. In the beginning I was really scared. I never knew how much I was lifting until after, because just thinking about it scared me. I kind of got in the habit of not having set goals and just seeing how things went.

In my last meet I did a 275 lb deadlift and it was pretty easy, surprisingly, so I wanted to hit 300, which I did [in the gym]. Two times my weight, 3 times my weight…those are my goals.

Brooke: What were you scared of?

Melissa: Just being crushed! Also, I hate failing, so I think that’s part of it. Maybe it’s more not being able to do something, but there is a fear. If I’m not focused, if I’m not paying attention, I could hurt myself. I never would have imagined doing this before, but it’s exhilarating.

Brooke: What do your parents think of it?

Melissa: It’s been a little bit hard for my mom.

Brooke: Mine too! She says, “I can’t imagine you putting 50lbs over your head!” Oh mom…let’s talk about 185. The first time after she saw me after I’d been lifting for a year, she couldn’t believe how different I looked, and I don’t think she liked it. She would make comments like, “your body’s just not the same any more.” And she’s right, it’s not. It can do so much more than it could before.

Melissa: Yeah, I think it was a little hard for her. In past generations there’s just this idea of what a woman does, and I think it plays in a little bit to that. I don’t think it’s just a conscious thing, but it scares her.

Brooke: Especially after spending so long in a sport that was so feminine. 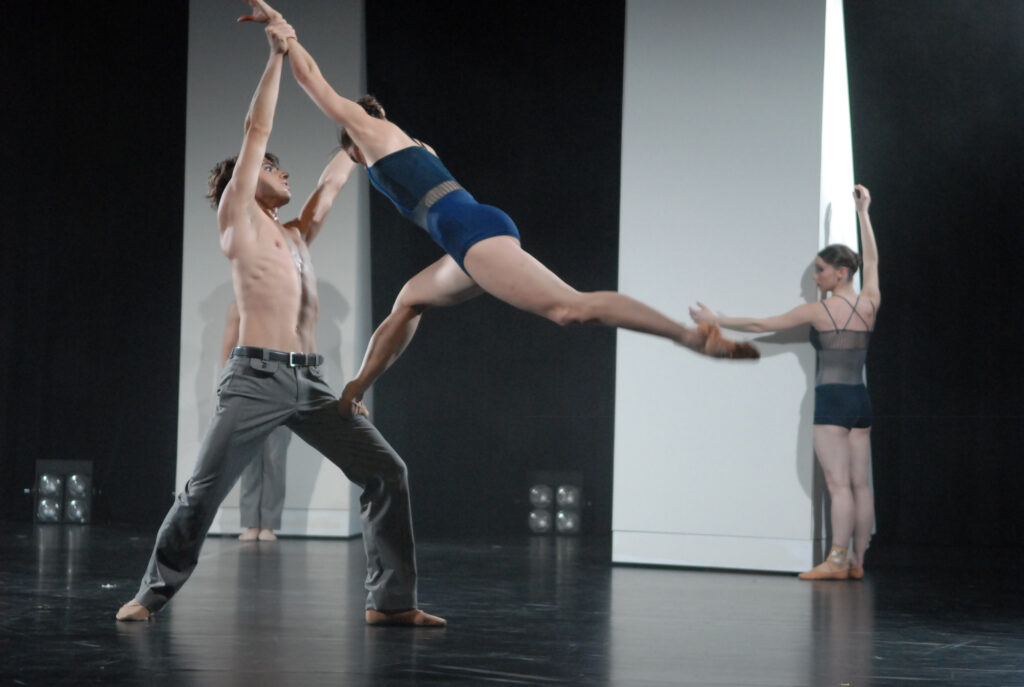 Brooke: How have you dealt with the physical changes? We spent so long having to be little and light, so for me, it’s taken a long time to come to terms that stronger equals bigger.

Melissa: I’ve always had bigger legs and bigger quads, and it’s something that I always hated before.

Brooke: We both had that, more quick twitch and power than long, lithe lines.

Melissa: There was a point in the beginning of my training where I was scared I was going to get bulky, and I wasn’t sure how big I wanted to get. Paul showed me a high level powerlifter who had big thighs, and it was a little too much for me at the time. Then, I started to see other powerlifters on Instagram who celebrated the fact that they were strong.

Now I look at that and I think it’s awesome. I almost feel like I can embrace my body more now than I could while dancing, because naturally I am more athletic. Now I can use it for a purpose instead of trying to fight against. I can actually enjoy it.

Brooke: The same thing happened to me. As soon as I realized bigger muscles were useful, it made it so much better.

Melissa: It’s freeing to not worry about getting big. I feel like there’s a lot more balance. I have a healthier perspective on eating as well.

Melissa: I track my macros, which before I never would have done because I would have thought it was so obsessive.

Brooke: Which is so ironic given what we were “eating” when we were dancing…

Melissa: I know! Before I was married, I was eating really clean. Once I got married, it was impossible. I was constantly stressed about what I was eating, and it just wasn’t working. I was struggling to figure out how to eat but still enjoy food with my husband.

When Paul told me about macros, at first I didn’t want to do it and thought it was very restricted. Then I realized it was awesome because I can eat whatever I want because it fits in my macros, and it fuels me for my workouts.

Brooke: Do you time your macros throughout the day?

Brooke: How long did it take you to figure out how to actually track your macros correctly, and not just blow everything on a doughnut and then wonder why you’re hungry in two hours?

Melissa: There was a point where I realized “oh wait, I can eat that, but I’m still really hungry.” That was a good thing to finally realize. I guess it was a few months [to figure it out], but now I eat a lot of the same things, so that helps me not have to think about it. 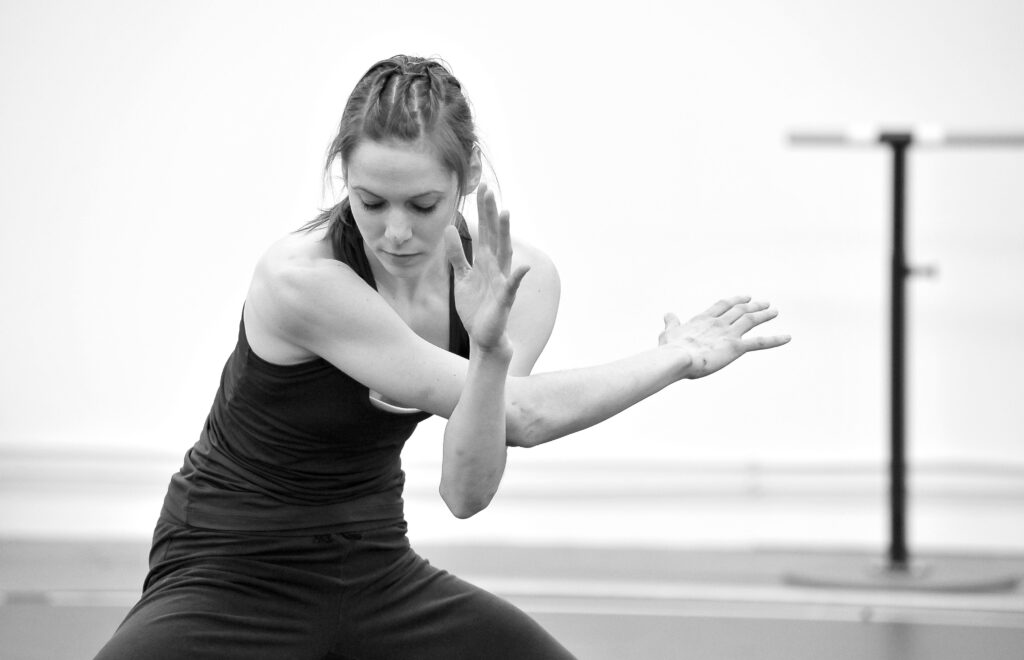 Brooke: Is it weird to see your twin sister and see “what could be” if you weren’t training?

Melissa: Yes! She visited me not that long ago, and her legs are so small [compared to mine]. It’s weird though, because I’ll look at her and that’s what I’m used to seeing, and then I look in the mirror and get surprised. But I like having muscle.

Brooke: Have you ever gotten negative feedback?

Melissa: There are some people I know who don’t want me to get too muscular, or ask me “how far are you going to take this? How much is enough?” They worry I’m going to get too extreme.

Melissa: It depends on who it is, but I really feel like I have a much healthier outlook on my body and my eating because of powerlifting, so I share that with them. Powerlifting helped me regain confidence in my abilities which I had lost from dance — years of being rejected and feeling never good enough. It taught me how to fight again, because I had lost a lot of drive and motivation. For me, only good things have come from it, so I have no reason to stop.