How Compound Interest Can Amplify Your Strength Gains

Compound interest is one of the most powerful forces in the economic world. On average, you can expect to double your money in about six years in the stock market. When you leave your cash in a sock drawer, you won’t even keep up with inflation. Unfortunately, most lifters do not understand how compound interest also applies to their training as well. By investing in yourself you will be more likely to achieve your goals and actually reach your full potential as a Strongman.

Ask most intermediate lifters what they can do to improve in the coming season, and you will often get the same canned responses; train harder, get a new program, or become more focused. They will scratch and claw for a small PR on a lift but not do much to improve their overall standings at large events. When you look at the professional class, though, the difference is striking.

Consistent gains in personal bests in a sport that gets heavier and faster each year is not an easy accomplishment, but seems to be the norm at the elite level of the sport. What accounts for this difference? It’s compound interest, and I’ll show you how to get some yourself.

Let us examine two lifters of equal ability running the same program under the same coach. At this point both lifters have identical numbers; a 300 max log, a 700 max deadlift, and a 300 stone over bar of seven repetitions in sixty seconds. We will call lifter (A) Goofus and lifter (B) Gallant. It is at this point where both lifters decide to set a goal of winning Nationals. We can also assume both Goofus and Gallant train hard in the gym and will make consistent progress on their lifts due to their programming, gaining 10 lbs per year on the overhead and 15 lbs on the deadlift. We will also give the Strongmen one additional rep per year on the stone. This is where the similarities end. 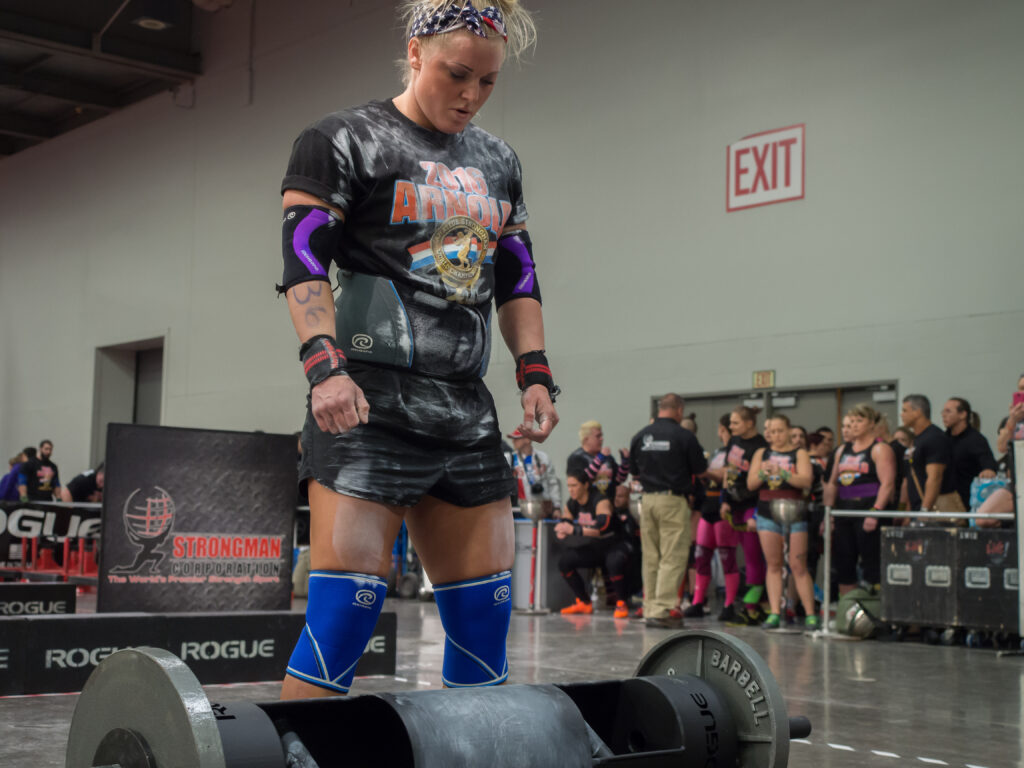 Goofus continues with business as usual in and out of the gym. He misses five unscheduled training sessions each year, eats fairly well but isn’t strict on his program, misses some sleep here and there, deals with a few hangovers and pays no attention to massage, hot cold therapy, and other advanced recovery techniques.

Gallant is the exact opposite. He attends all sessions, skips the parties, gets eight hours of sleep, has his nutrition dialed in and pays strict attention to all available recovery processes. We will now make an assumption that these things matter (and I think very few people could make an argument against that). For the sake of argument let us assume that they only make a one percent difference in your overall outcome. One tiny, tiny, almost insignificant percent doesn’t seem like much much, but due to compound interest it changes everything.

At the end of three years we can examine our two lifter’s progress by using the standard compound interest formula of Future Value = P (1 + r/n) (nt).

Now, to me that’s a large improvement with just one percent. Assuming all things being equal, Gallant beats Goofus every time. As a coach though, one percent isn’t enough. The things you do outside the gym will greatly influence your training much more than just one percent a year. For the sake of argument again, let us say there is a three percent return on the investment. Now, our numbers become startling:

Often this dedication is overlooked and attributed to genetics. In my opinion, there is no way genetics is the panacea that many claim for it to be. It is a self satisfying way of diminishing the hard work and commitment of others. I have had the pleasure of knowing quite a few elite athletes on their way up the ladder. The Olympians that I have met all tend to have certain habits and characteristics in common. They train and recover like it is their job. They understand that all of their decisions impact their progress. Over time the accumulation of either positive or negative results will most likely determine their final outcome in the sport. It’s compound interest and they want to get as much of it every year as they can.

Where is your level of dedication right now? When being honest with yourself, can you say you are getting 100% of what you should each year? If we look at it from that standpoint and you stand at 85% of maximum, that is 15% you are missing!! Are you at 90 percent? That is still 10 percent left on the table. Over time the compounding of that is huge. For me when I trained to win, I was greedy. I wanted it all. I ate, I napped, I got massage, I meditated, I visualized, I left parties early. In other words I always prioritized Strongman and it showed.

You can do the same. These are all choices under your control. No matter what your maximum ability is, you need focus to actually reach that potential. Athletes who miss out on this often never even realize the impact it makes.

Make the commitment to see what compounding can do for you. If you were to give 100% for just 30 days I guarantee that you will be amazed at how you suddenly hit that jerk you missed the last three months or the extra rep you make on the stone. I will explore some tips and techniques for doing just that in my next article.