“It’s working your delts, your tris, your plaps, all your major chest muscle groups. “

Comedians Joe Pickett and Nick Prueher, under the extremely fake names of Chop and Steele, came up with a plan: invent a charity, invent a strongman tour, invent an appearance on America’s Got Talent, and send a ton of PR emails boasting their fake accomplishments to morning news shows.

They’d be glad to come on your show, demonstrate their feats of strength, and promote their tour and charitable organization, “Give Thanks for Strengths.” Would you like some incredible strongman feats on your morning TV show? 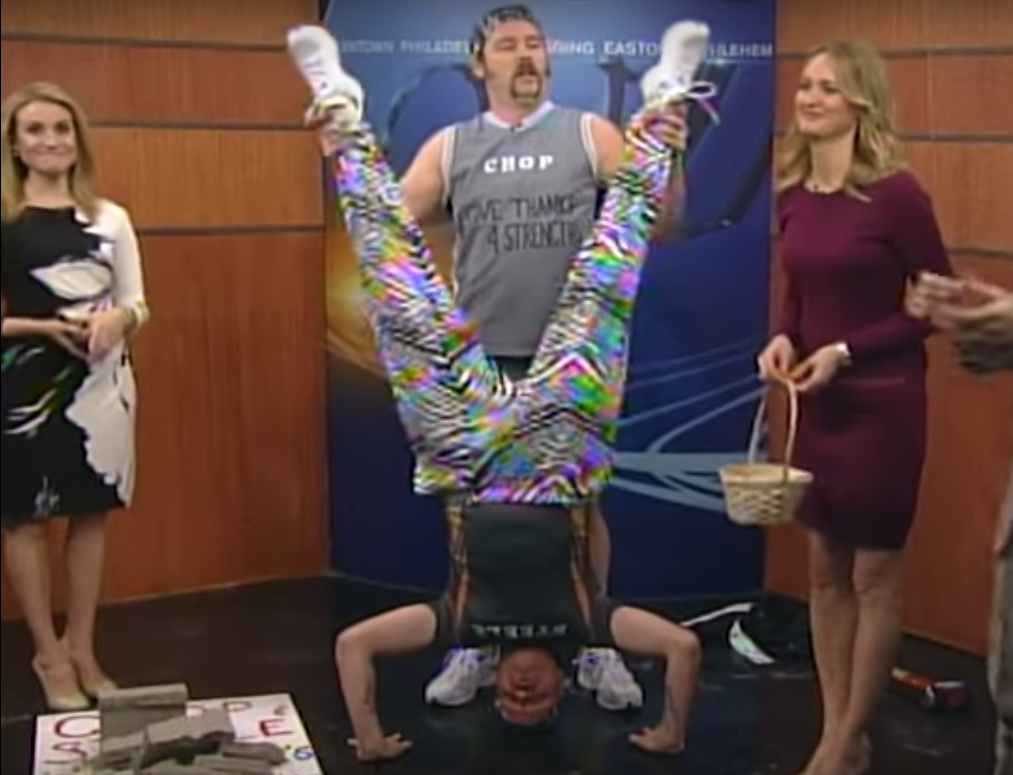 Despite having no real evidence of any strength accomplishments, local morning news shows have a lot of airtime to fill, and Pickett and Prueher managed to book appearances on programs in Eau Claire, Wisconsin, Bismark, North Dakota, and Allentown, Pennsylvania. One of them emailed the day after their appearance asking for credentials. Too late, buddy.

The feats of strength they displayed were nothing short of awe-inspiring. For their stupidity and pointlessness.

Then again, we’re quite certain that Hafthor Bjornsson and Zydrunas Savickas have never tested how many wicker baskets they can crush in a minute… 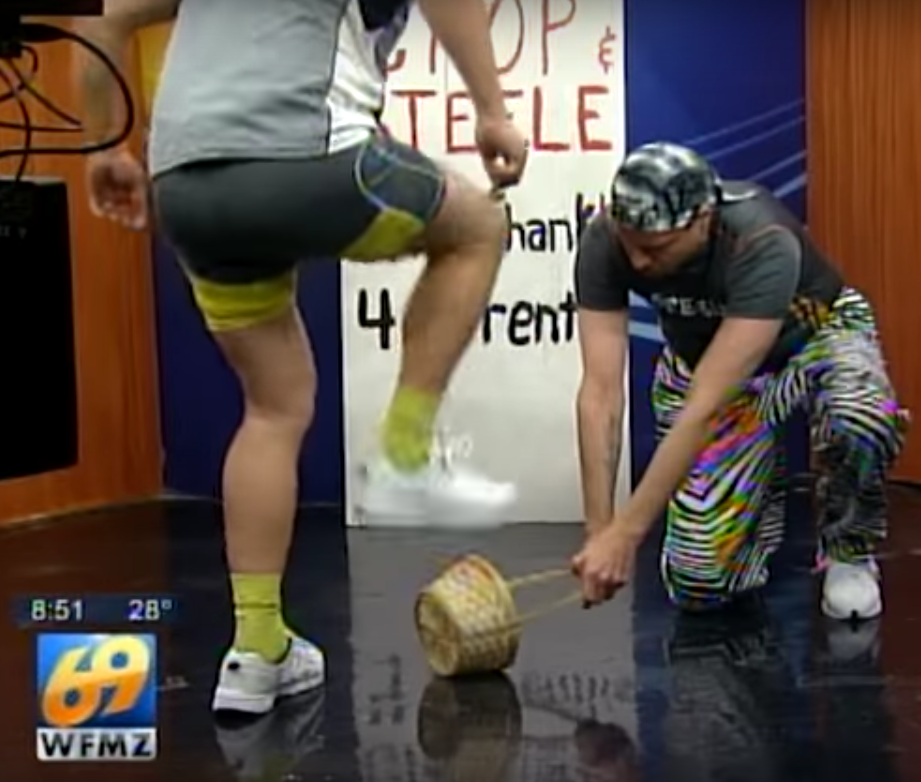 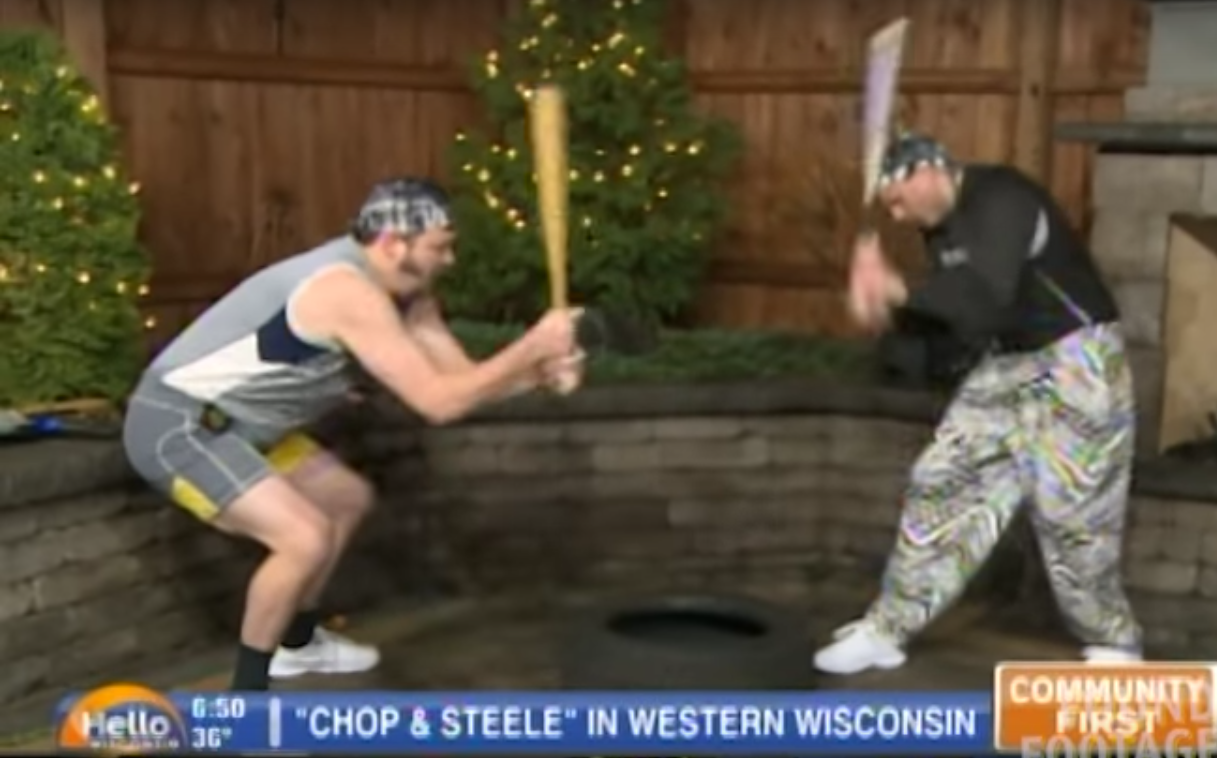 … so hey, maybe Chop and Steele do outrank every other strongman in these movements.

Pruett and Prueher are hosts of the Found Footage Festival, an event that “showcases footage from videos that were found at garage sales and thrift stores and in warehouses and dumpsters across the country.”

The fake strongmen’s real strength is messing with morning news shows — their company is best known for pulling a similar prank in 2010 with yo-yo master Kenny Strasser who is, in fact, god-awful at yo-yo tricks.

Anyway, if you ask us, we’re hoping to see a lot more basket crushing for speed at next year’s Arnold.