An amazing transformation that proves ten packs are real.

Mickey Jogoleff had to change something.

He was obese, weighing at least 245 pounds (he might have been heavier, but he actively avoided the scale). He abused his body, smoked cigarettes, drank a lot, and defended it all with the excuse of “living life to the fullest.” He couldn’t make it through the day without needing to unbutton his pants to breathe. He couldn’t do a pull up, and would never take his shirt off in public.

That was then. That was before he spent 12 months honing his diet and exercise, taking his weight from 245+ pounds to 168 pounds, a loss of at least 77 pounds. Now 32 years old, he cut his body fat percentage down to 9 percent and at one point, he even got it as low as 3 percent. 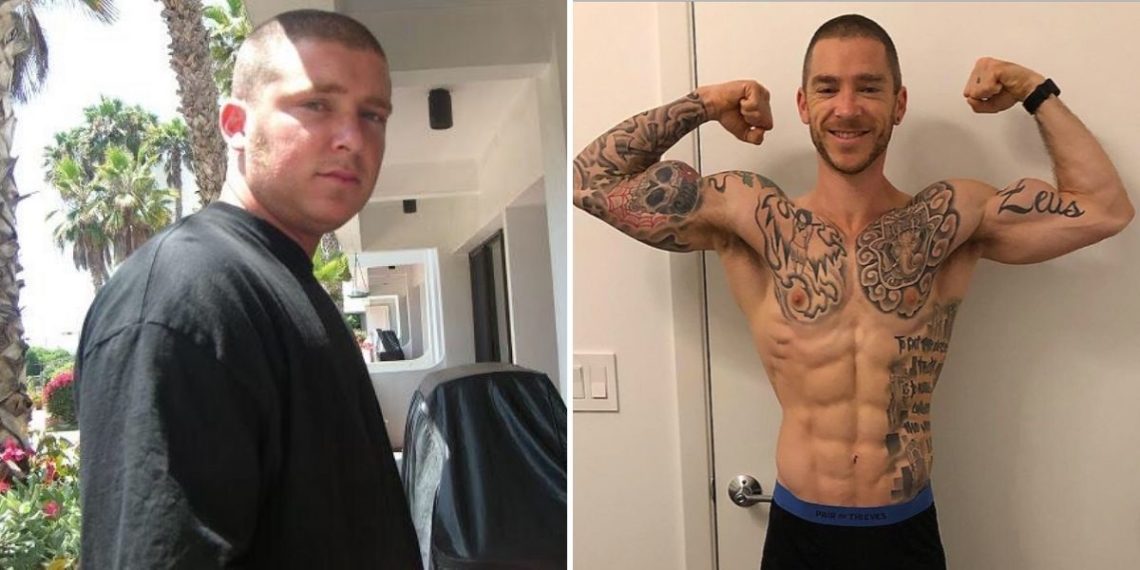 Note: All bolding is done by BarBend editorial team for emphasis.

Mickey initially tried losing weight without the guidance of a pro, which he now sees as a mistake.

“When I looked in the mirror I saw the “fat” me, and I would starve myself and punish myself with workouts,” he says. “I was stuck, super frustrated, tired of busting my ass while starving myself.”

Eventually he sought the services of biochemist and BarBend Expert Dr. Trevor Kashey, founder of TKN Nutrition. When he approached Dr. Kashey, he was eating 1,500 calories a day and working out six or seven days a week. 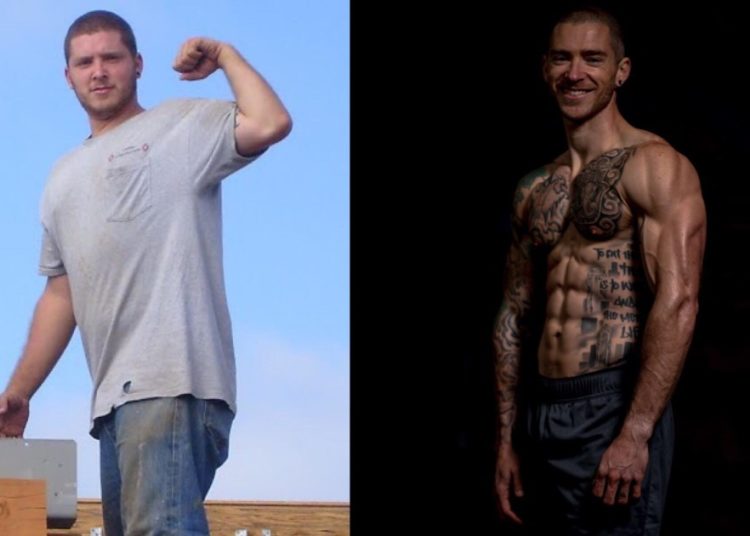 How the Nutrition Actually Worked

“I did my best to stay ‘short sighted,'” he says. “I would talk with my coach and we would just come up with a plan for the week. That would be my main focus; I would not think about next week, next month, or anything but the next step.”

The biggest changes he made were eating fewer meals on the go — no more running on coffee, fast food, and cigarettes. He cooked more and cut back on beer, but the process of tracking his calories and consulting with an expert taught him that he can still enjoy food while looking good.

“I can have both,” he says. “Before I started, I was very strict with meal prepping and had a low carb intake, but I didn’t actually track anything. I was just adamant about ‘eating healthy.'”

Once he started tracking his food, he was able to be more consistent with his weight loss and it eliminated the feeling of restricting himself: if he stayed inside his calorie goal, he could make room for his favorite foods and even the occasional beer.

“I was given guidelines to operate in and have it fit my plan. The easiest way for me was coming up with some staple go-to meals,” he says. “I pick a carb of choice, normally a mix of rice and veggies, then my protein of choice, normally chicken thighs, then top it off with fat, normally olive oil. Throw all that into a big bowl, mix it up, and divide it into however many times I want to eat. Simple and fast, while still allowing me the ability to mix it up.”

(His wife calls it the Super Bowl.)

Once he was actually monitoring calories and following expert guidance, Mickey found he was doubling the amount of food he was eating. It enabled him to be less restrictive when eating out with his wife — he could drink wine and have dessert while still meeting his calorie goal. Today, in the best shape of his life, he’s eating over 500 grams of carbs per day.

“My biggest challenge was definitely a busy schedule,” he says. (Mickey, like almost everyone in his family, is a construction worker.) “Part of the reason my weight had gotten so out of hand was long hours. So I never cooked, which meant lots of takeaway tacos and fast food followed by beers to unwind after work. The crockpot and rice cooker, or things I could set and forget, were huge for me; keeping it simple and making sure I was set up because I have little to no time.”

[Related: Our guide to making easy, inexpensive protein in your crockpot.]

“I have tried many different style of training, from bodyweight calisthenics, bodybuilding, cardio, big lifts,” he says. “Ultimately, I found my home with a solid routine of little to no cardio and lifting three to four days a week. I do track my weight to measure progress and continue to push myself.”

While losing weight, Mickey’s relative strength — his strength to bodyweight — dramatically increased. (“Which is freaking awesome,” he notes.) Here’s how much he could lift before and after his 80-ish pound weight loss.

“Lifting, for me, is focused around building and maintaining strength,” he adds. “I focus on basic barbell movements while also incorporating some accessory work [like] weighted pull-ups. I will typically rotate between hypertrophy and strength cycles.”

His cardio consists entirely of nightly walks with his wife. 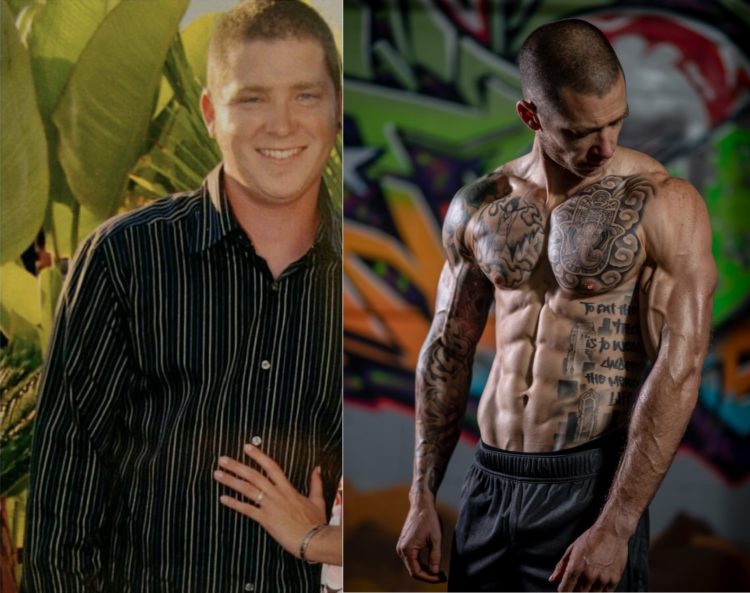 “I am happier than I have ever been or ever thought possible. I have endless energy, I am able to go out on a date with my wife without worrying about what I eat, I no longer live in fear of gaining the weight back,” he says. “I am in disbelief when I talk with people and they tell me they want to look like me. It feels like a dream.”

But the best part? He’s inspired his loved ones to take care of their own health. His dad and brother are in the best shape of their lives and his mom has lost over 100 pounds.

“Without knowing, I was leading by example.”