Labeled as “The Birthplace of Intermittent Fasting,” we know that such titles are often exaggerated on the internet, but Leangains has a claim to the throne. This is where the popular 16/8 fasting method started for strength athletes.

Swedish model-turned-powerlifter and nutrition consultant Martin Berkhan launched his blog in the mid-2000s and in a time when bodybuilders and physique competitors were insisting on eating several small meals per day to stoke the metabolism, Berkhan had sliced down to 5.5 percent body fat while fasting daily.

Here we’ll explore the dietary protocols as well as the workouts and supplements that guide Leangains.

Berkhan’s approach is best known for popularizing intermittent fasting. Fasting, of course, has been practiced for religious and health reasons for centuries, but Berkhan is the man who extolled it as a means for improving body composition and strength gains.

It’s a 16/8 approach: followers fast for sixteen hours every day (inclusive of sleep) and eat during an eight-hour feeding window.

Berkhan cites reams of studies to support this approach — the purported benefits are:

Put simply, the body secretes insulin when you eat carbs or protein, and spiking insulin too much and too often — something to look out for if you eat a lot of refined carbs and not much protein — can desensitize the body to its effects. Becoming too “resistant” to insulin results in Type 2 diabetes, but taking breaks from eating is one way to reduce insulin spikes and help with insulin sensitivity, which may improve nutrient absorption and body composition.(1)(2)

Some research has suggested that exercising while fasted produces greater fat metabolism when compared to fed training — you may burn more fat if you’re lifting on an empty stomach.(3)(4) Fasting also appears to increase catecholamines (“stress” hormones like adrenaline) that are linked to increased fat oxidation.(5)(6)(7) Other studies have found that fasting may help with preserving muscle during weight loss, though there’s not really a consensus here — plenty of research has found no difference when calories are equal.(8)(9)

The notion that not eating can help with muscle gain seems like heresy, but while overall calorie and macronutrient intake (more on that later) is by far the most important thing, some research has concluded that fasted weight training can produce an “anabolic rebound” effect, stimulating the muscle gain effect.(10) On a similar note, going without food (thereby keeping insulin low) may increase the body’s production of growth hormone, which helps to retain muscle.(11)(12)

That old rule of “many small meals throughout the day” may make it harder to control appetite. This may be because of ghrelin, sometimes called “hunger’s timekeeper.” The body seems to release it based on when you usually eat, so eating more frequently might increase hunger, while fewer meals might help you control it.(13)

Even if you disagree with the preceding points — and again, we’re not saying that every researcher or person who has tried fasting agrees with them — many aficionados of “IF” simply find it easier, more satisfying, and more convenient to eat one or two big meals instead of a lot of little, not-that-satisfying ones.

Berkhan is often at pains to emphasize that the approach is a lot more than simply not eating for most of the day. Your total calorie intake and what it comprises are fundamental to body composition, whether you fast or not.

To that end, Leangains has a pretty strict calorie and macronutrient model that could be seen as fitting the “If It Fits Your Macros” model: you work out your total daily energy expenditure (that’s the amount of calories you burn in a day) and then you’re prescribed a set amount of protein, carbs, and fat to fill those calories.

The diet is high in protein. Athletes in general typically eat more than the average person, ideally between 0.7 and 1 gram of protein per pound of bodyweight. Berkhan errs on a higher protein intake of about 1.1 to 1.4 grams of protein per pound, especially if you’re trying to lose fat.

He does so because protein is very satiating and because of its thermic effect — you burn more calories digesting protein than the other macros, with some experts suggesting it should actually count for 3.2 calories per gram instead of the 4 calories per gram commonly cited.(14)(15)(16)

The total number of calories throughout the week is pretty standard: a deficit of 3,500 calories if you’re looking to lose fat and a smaller surplus if you’re trying to gain muscle.

But the diet emphasizes carb cycling: you eat more calories and carbs on workout days and fewer carbs and calories on rest days. This may help with insulin sensitivity, muscle gain, recovery, and appetite control.(17)(18)

[Read more in our complete guide to carb cycling!]

A powerlifter at heart — he deadlifts over triple his bodyweight, claims the unofficial world record for the seal row at 145 kilograms, and coaches world record holding powerlifter Isabella von Weissenberg — barbell training is a cornerstone of Leangains.

Berkhan takes private clients and prescribes workouts according to their needs, but the classic, widely circulated Leangains workout plan is extraordinarily simple and low volume: you work out three days per week and each is built around a powerlifting exercise.

Importantly, the workouts are designed with a reverse pyramid training protocol. One takes three warm-up sets at 40, 60, and 80 percent of the working weight, then there’s a very heavy working set, typically 3 to 5 reps for the deadlift and 6 to 10 reps for all other exercises.

The weight is then decreased by 10 percent and, after resting three to five minutes, a second set is completed with one more rep than the first set. Repeat for a third set, then you’re done. (Oftentimes only two sets are prescribed, particularly for deadlifts.)

Berkhan uses this method because he finds it the most time efficient and points to studies that have seen similar benefits from more sets and reps.(19) He notes on his site that this may not be the best way to train for competitive powerlifting, but for the average person looking to gain strength, build muscle, lose fat, and save time, he considers it unparalleled.

If possible, he advises having a small meal (your “break fast”), training an hour or two later, then eating the bulk of your calories. If you’re training fasted, he suggests taking supplementary amino acids. 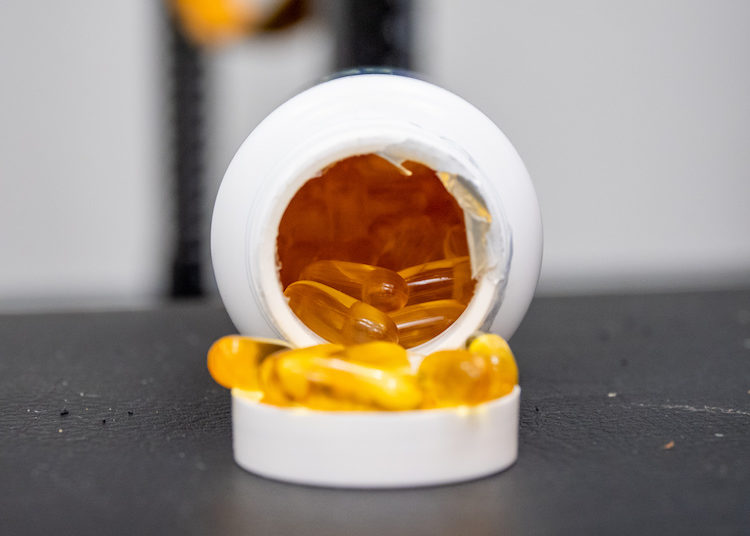 If you’re training fasted, in the past Berkhan has recommended taking 15 grams of branched chain amino acids before training but these days prefers essential amino acids. These provide amino acids, the building blocks of protein, and may help to preserve muscle and improve performance.(20)(21)(22)

[See our list of the best BCAA supplements on the market!]

Evidence suggests that these pills can help with inflammation, immunity, and maybe even muscle growth.(23)(24)(25)

[Curious? Take a look at our list of the best Omega-3 supplements.]

[See our picks for the best creatine supplements.] 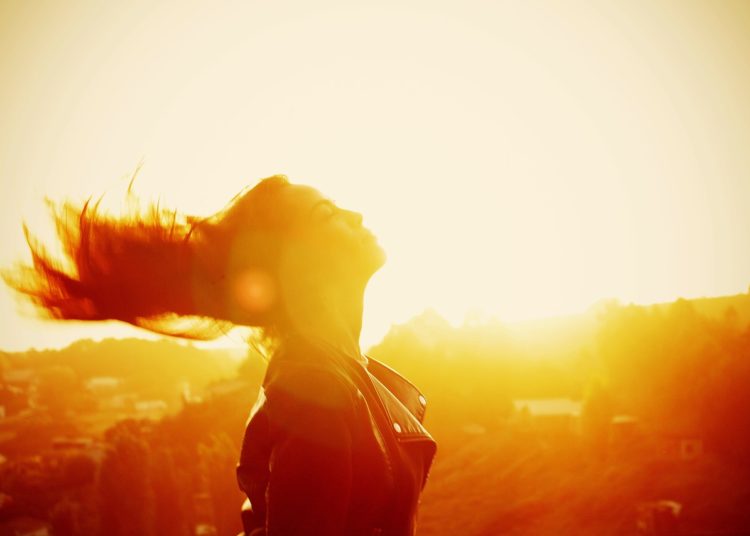 If you’re not consuming a lot of dairy or a lot of leafy greens, a calcium supplement can be helpful for bone health and Berkhan likes to cite studies showing it may increase fat excretion and boosts testosterone.(27)(28)

Because the best source is sunlight, most people are low in this important nutrient that may influence immunity, bone health, testosterone, and athletic performance.(29)(30)(31)(32)

This one is often taken as a means to reduce joint pain and may be useful, especially for older lifters.(33)

The best study published that combined 16/8 with heavy resistance training was published in The Journal of Transitional Medicine in 2016.(34)

It brought thirty-four men in their twenties and thirties who had been lifting consistently for at least five years and had them eat the same number of calories and macros over an eight-week training program. Some did 16/8 and some didn’t, and they found that the group that fasted lost more fat, had better levels of blood sugar and triglycerides, and had more of the hormone adiponectin, which is involved in fatty acid breakdown and energy expenditure (and may explain the extra fat lost.)

The fasting group also had less testosterone and more cortisol, but those are normal things to occur when you’re losing fat. It’s a little tough to really know if the two groups really were eating precisely the same amount of calories but it’s a promising study nonetheless, particularly as both groups ended the study with the same strength gains.

[See our complete breakdown of this fasting and powerlifting study!]

Today there are many forms of intermittent fasting, but Leangains is the original protocol that combines it with resistance training and controlled macronutrients to enhance performance and aesthetics.

We’ve just covered the basics here — Berkhan released a book, The Leangains Method, in 2019 if you want to learn more — but the short workouts and exacting diet have garnered success for a lot of people. If your goals are more sport specific or you’re new to training and dieting, speak with a physician before undertaking any new regimen.