Have you ever worn trendy athletic apparel before? If so, then you can probably sympathize with the fact that while some companies make their clothes out of quality material, they don’t always make their line fit for, let’s say, “larger” individuals. Granted, the word “larger” may be misleading when describing the 4x World’s Strongest Man Brian Shaw, because he’s massive.

Tall for most is around 6′, and sometimes slightly taller, but Shaw stands at a whopping 6′ 8″ and weighs between 410-430 lbs depending on the time in his strongman season. And as you can imagine, most clothing companies probably don’t make clothes designed for individuals who are quite literally in Shaw’s case, super human.

Mark Bell at Super Training Gym recently shared a video on their YouTube channel that highlights the hilariousness that ensues when trying to outfit Shaw with some of Lululemon’s trendiest workout gear (which, Shaw says, his wife loves). If we had to describe the video in three words: It’s a stretch.

The video starts with a Lululemon employee describing the brand, and their goals in the industry. Soon after, they begin searching for gear to equip Shaw with, and start with a backpack before moving into shirts and shorts.

As they search one Lululemon employee says, “Tops, pants, bottoms, you name it, we’ll get you into something comfortable.” This of course is followed by a laugh from Shaw, then, “Why don’t we start with a shirt?” Keep in mind, Shaw typically wears a 4-5x size shirt (as stated by the video). 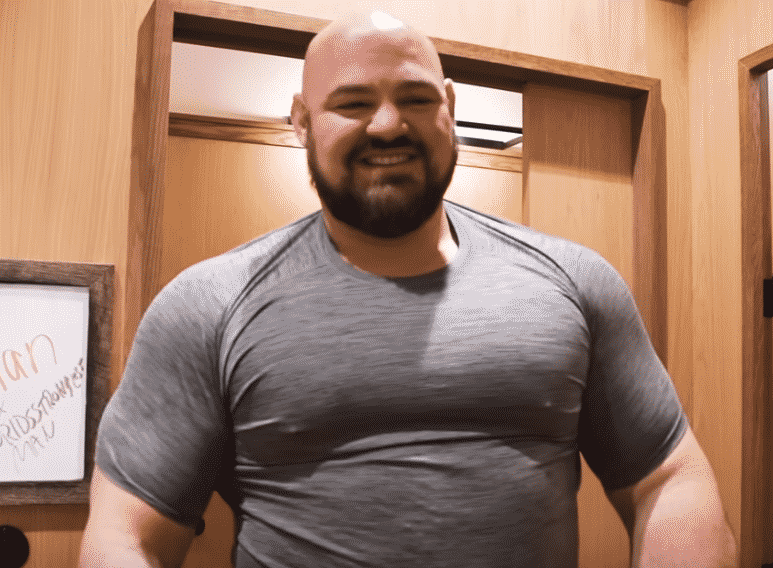 After the shirt, Shaw continues to try on a tank top, and some shorts, but we’ll let you watch the full video to see that for yourself. Even though the clothes didn’t fit him particularly well, Shaw wrapped up the video by saying, “I gained an understanding of why my wife loves wearing their clothes.”

This isn’t the first time we’ve written on the struggles Shaw has on a regular basis being the size he is. It’s always fun trying to comprehend just how big Shaw is and how he has to navigate life slightly different than most.